In my mind, the most difficult stretches of the course were over. How wrong I was. Despite me ignoring whatever minor pain there was, the past three days had been brutal on my body. There was no getting around the fact that the 380km I had ridden up until this point had worn me down. Feeling rather wearied, I set out a little later than expected at about 9am. The route started out eerily, with cobwebs covering the trees that line the bike path. In time, the sun came out and beat down until I was very quickly dripping with perspiration.
Read: Day 3 of the Moonshot 🚀
This final day wasn’t so much difficult as it was frustrating. There were at least three climbs which were completely unrideable due to unreasonable gradients, the trail leading to Hapcheon-Changnyeong certification centre was blocked due to construction (meaning I had to double back), and the trail going down from Musimsa temple was in no state for any road bike. Compared to the purpose-built trails of the Han, this part of the Nakdong River felt more like an afterthought, with no real consideration given to the actual cyclists who might be using them. Either that, or the GPS had taken me on the wrong path. Add in some uninspiring scenery and there are parts of this route which can feel like a proper slog. 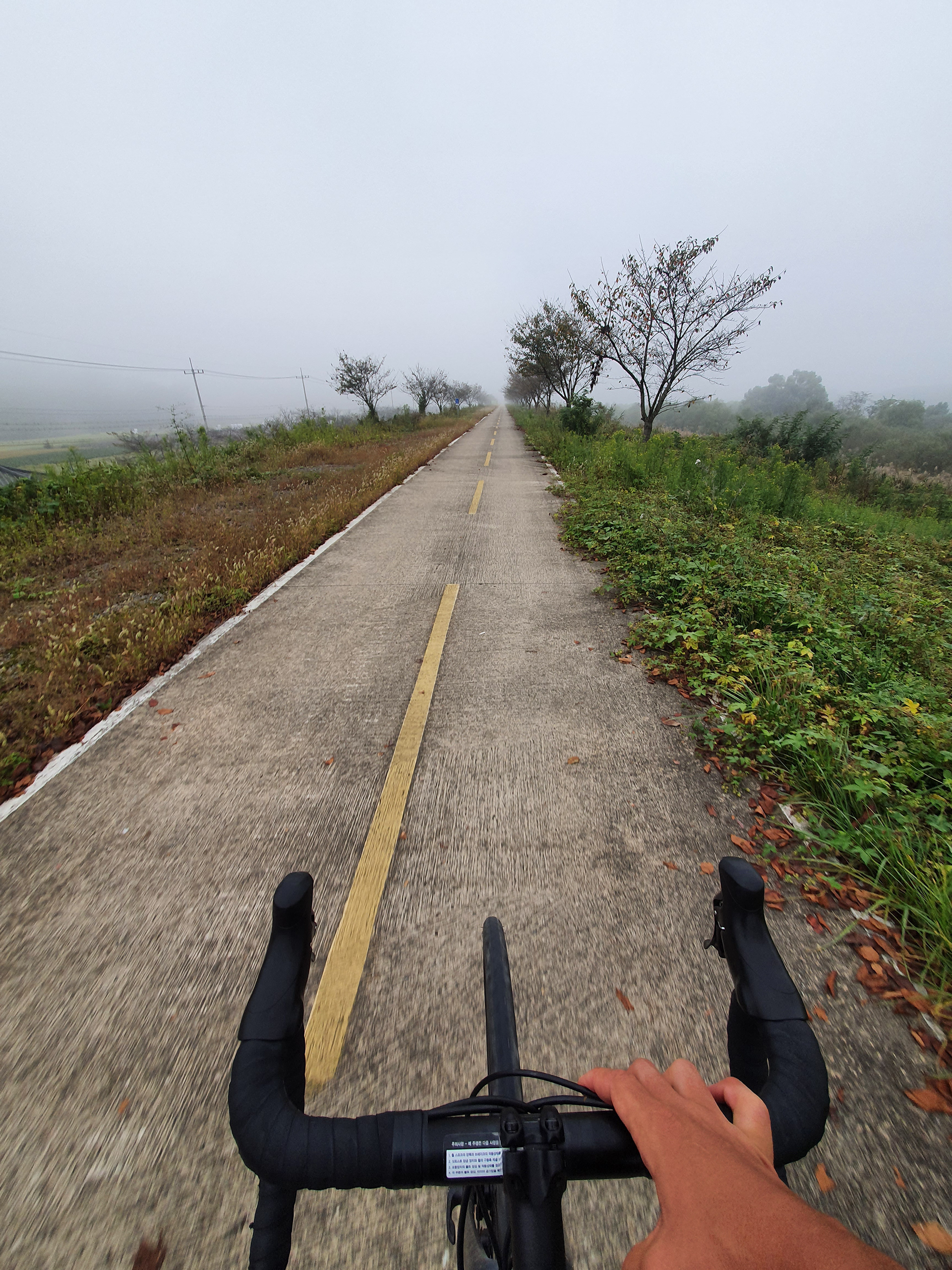 An eerie start to the morning, with fog covering most of the course and cobwebs covering the trees. 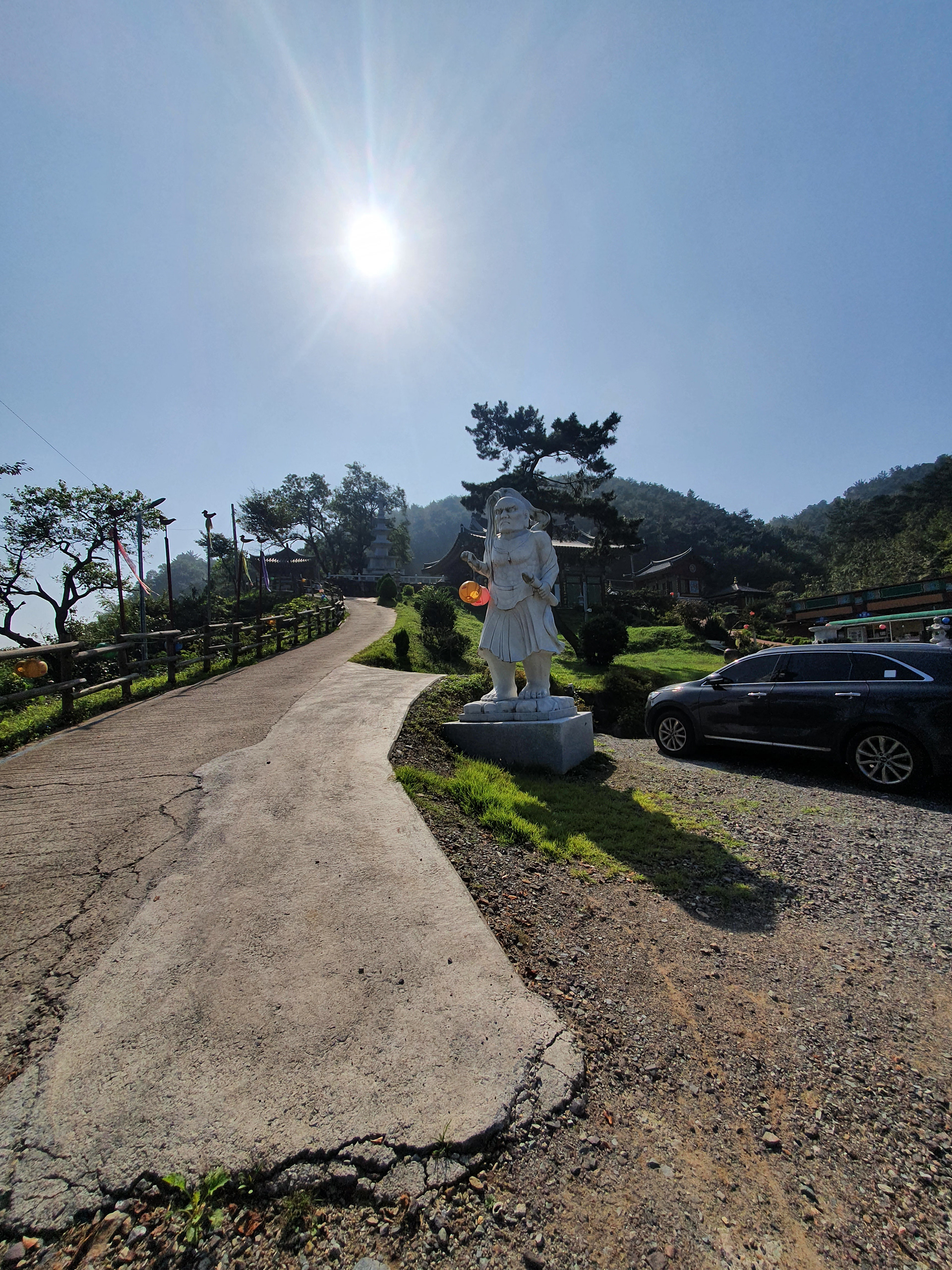 By mid-morning, all the fog had burnt away and the sun was out in full force. 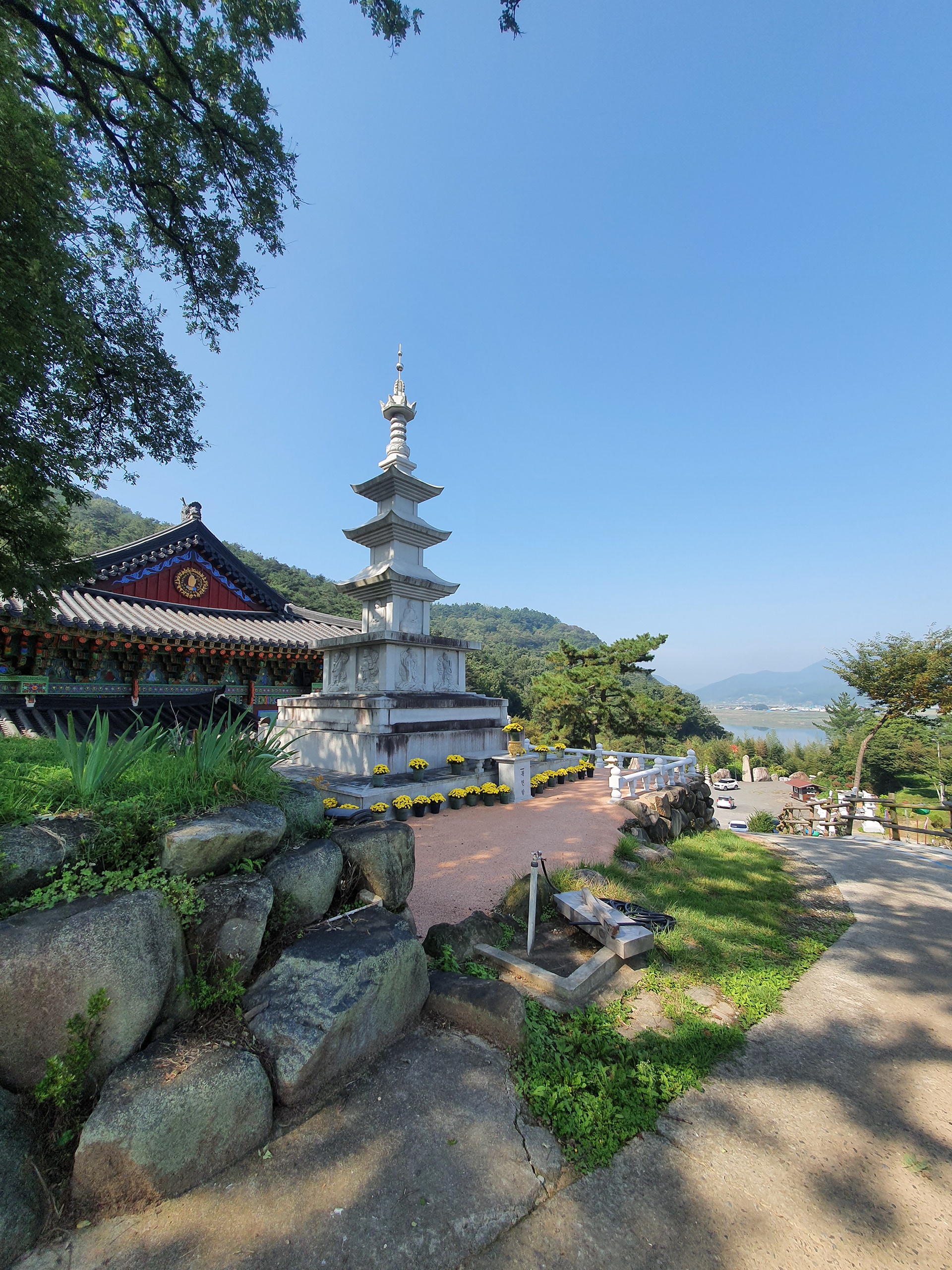 Musimsa temple, the first insanely steep climb for the day. 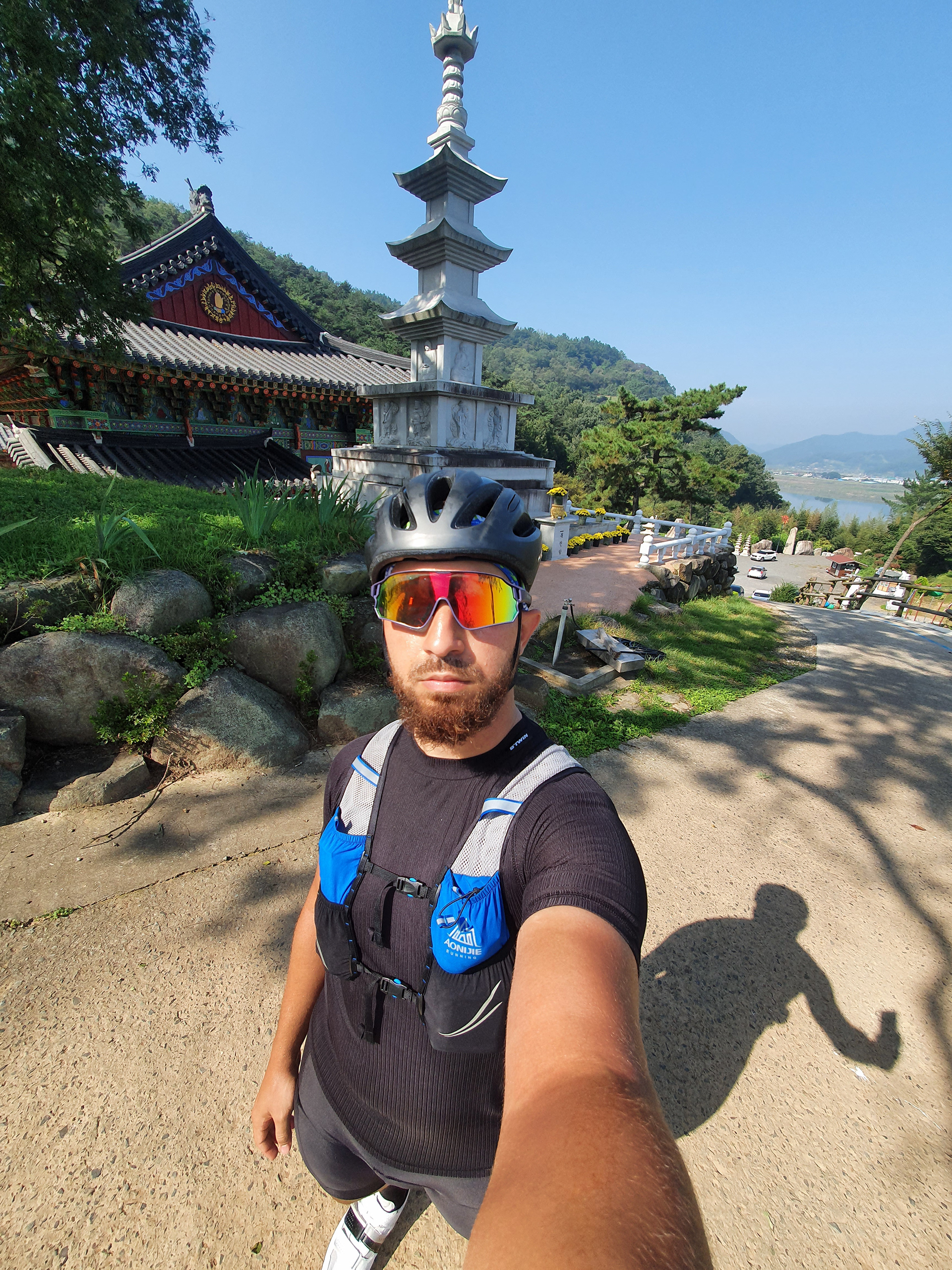 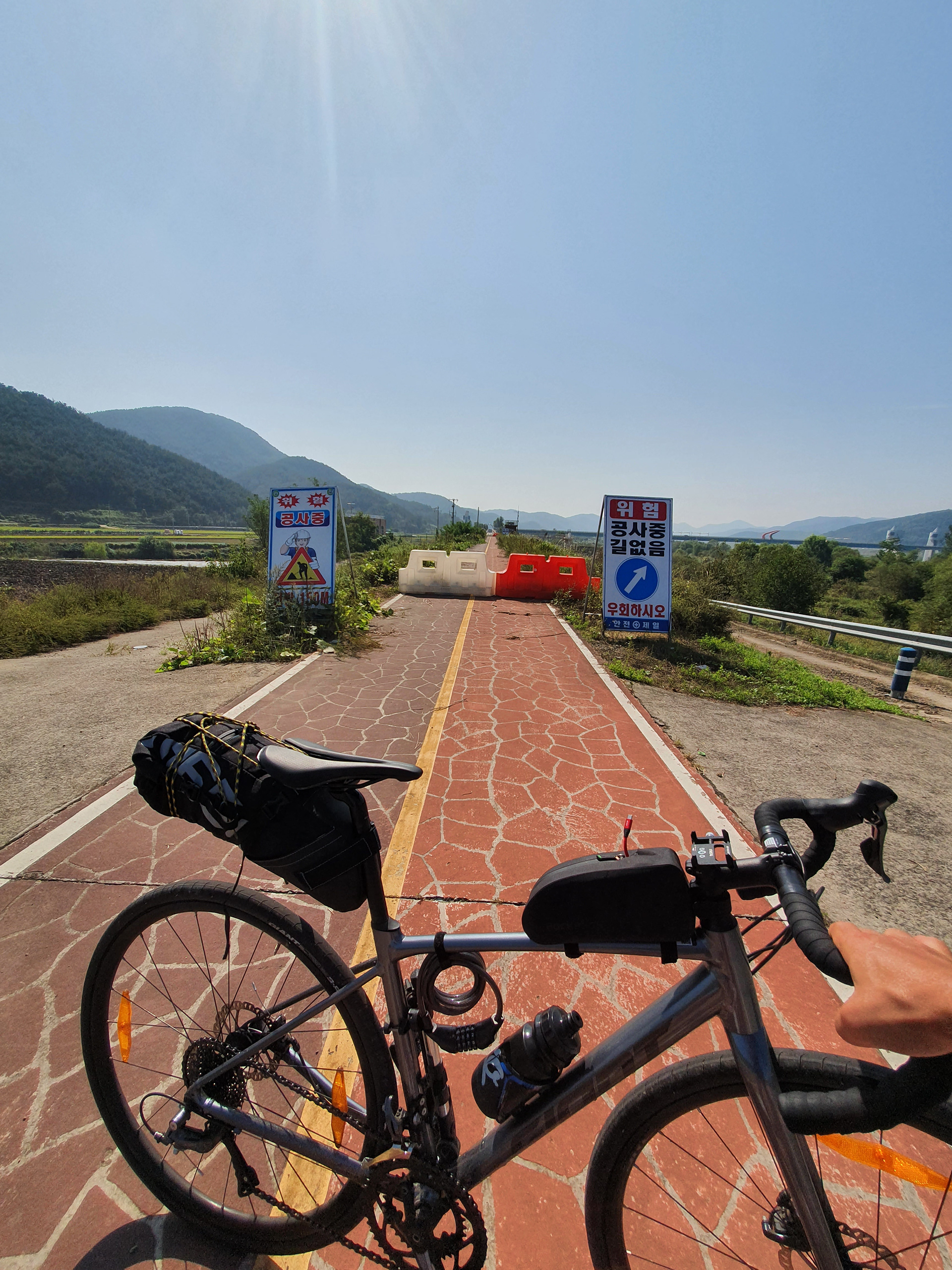 A frustrating sight – the path to the Hapcheon certification centre blocked off by construction. 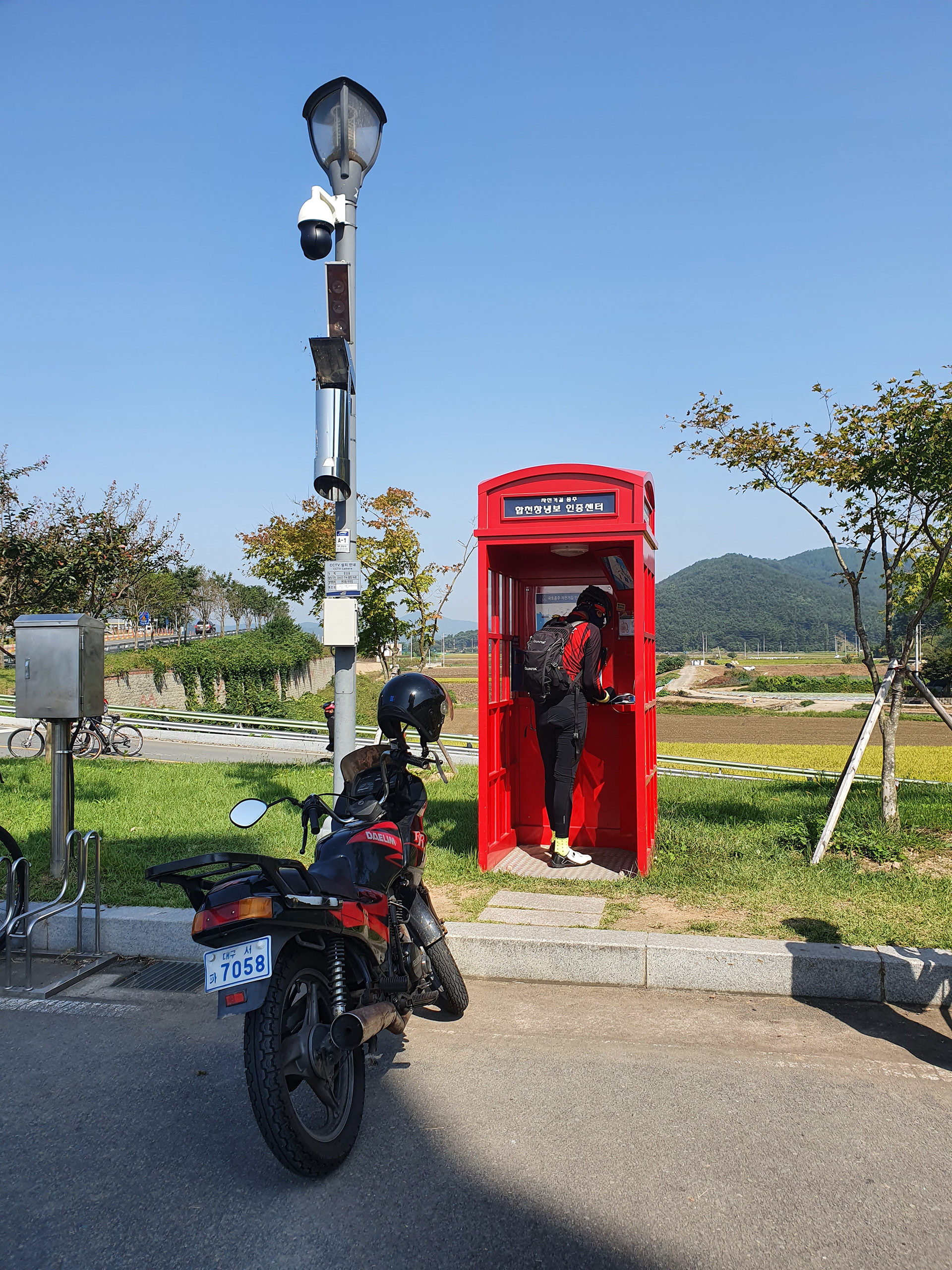 Eventually I made it to the centre after doubling back. 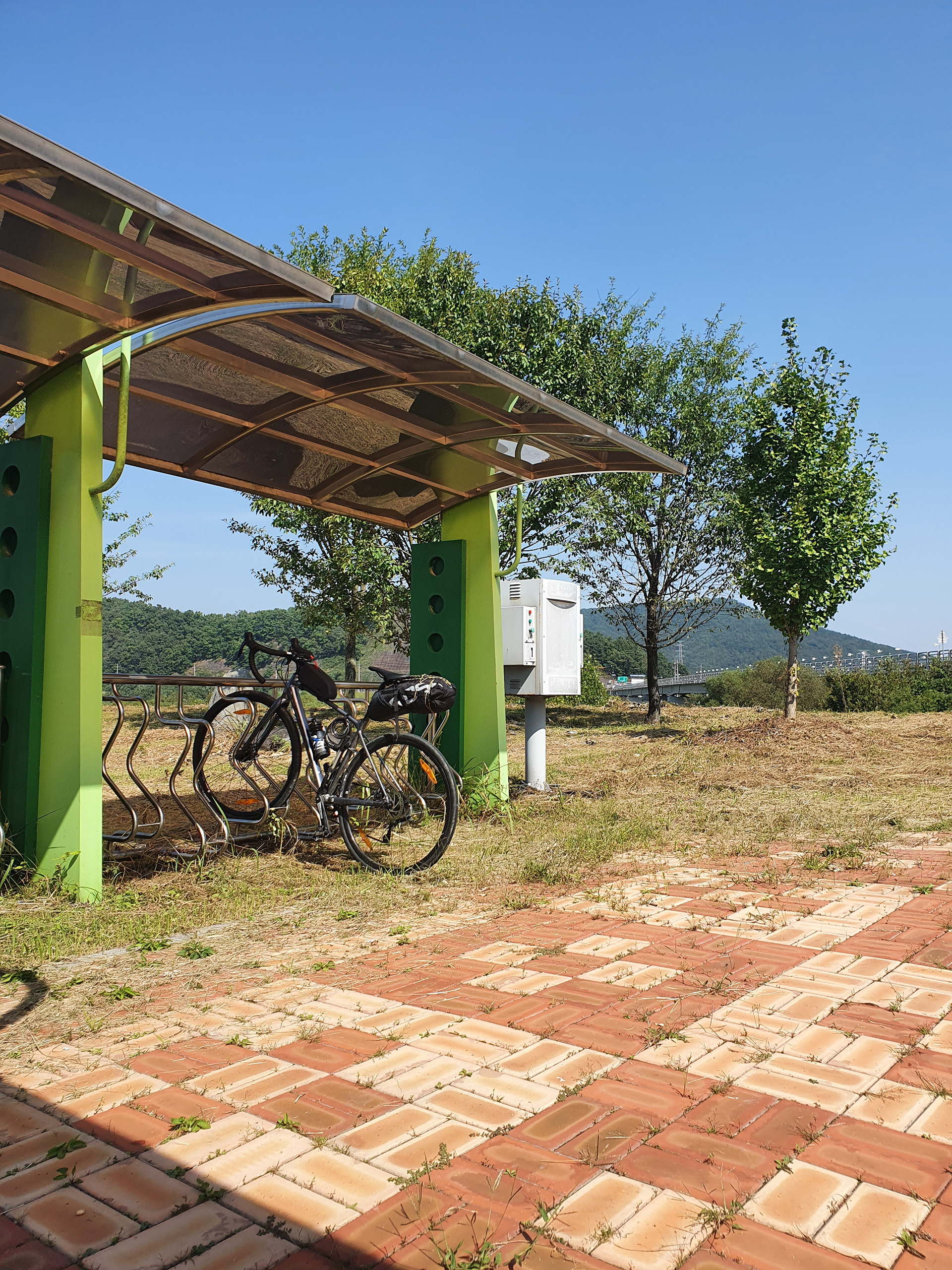 The summer temperatures had me pulling over a little more often, trying to find some respite from the heat. 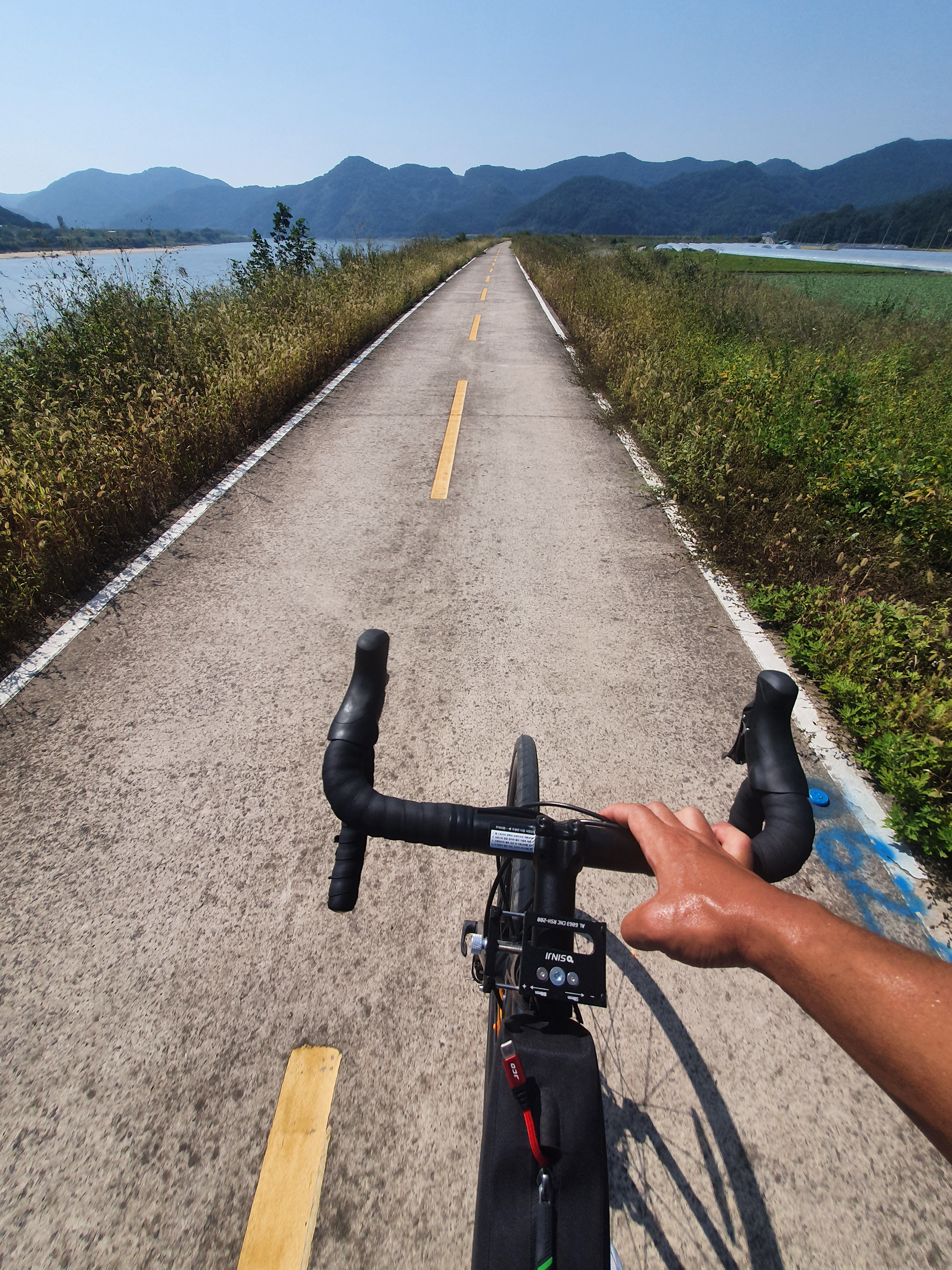 Large parts of this route felt desolate, with very little in the way of scenery besides acres of farmland and mountains in the distance.

Now might be a good intermission to talk about how I managed to pass 7 hours of cycling each day without losing my mind amidst the desolation of the cycle paths. Audiobooks, for starters, are a great way to pass the time. I’m a big fan of autobiographies, and I was immersed in a particularly interesting audiobook recounting Ross Brawn’s career in Formula 1. Next up, music. I actually didn’t listen to that much music (expect perhaps on more difficult climbs like Day 2’s Saejae Pass climb), as I am extremely selective about the type of music I listen to while riding. YouTube also took up a fair bit of time as I binged tech reviews and opinion videos on a few of my favourite topics.
Coming back to the struggles of the fourth and final day of riding. Having negotiated the rather frustrating section of trail around the Musimsa temple, the next big climb would be the Bakjingogae pass. This too was short and steep, and I had no hesitation in jumping off the bike and pushing. It must have gone on for about 800m or so before reaching the top with a superb view of the Nakdong River. A relatively clear run down led me into an area called Namji-eup, with yet another steep, unrideable climb to conquer. This climb, rather than being pure vehicle-designated road, actually weaved through some hiking trail. At this point it was all becoming a little frustrating, so I switched out my cycling shoes for sandals and began trudging up the hill. Being more hiking trail meant that the road was bumpy on the way down. Cruising into the town of Namji gave me a chance to re-fuel and re-gather strength to push towards the last section of the course; the final 30km where I would ditch the bike trail for arterial roads going into Changwon. For some odd (and again, frustrating) reason, KakaoMaps insisted on putting me on a highway which would lead into Changwon. With a little bit of knowledge of the area, I found an alternative route which weaved through the farmlands. The thought of the finish really kept me going here, as did the cool air and gorgeous sunset. I had already done a recon of the last 20km, so to see the sight of familiar roads gave me even more resolve to get done with this ride. One final push on the last hill put me into the city followed by an easy run in and 120km on the clock. These last 120km of the Nakdong were largely forgettable, but knowing that I had successfully cycled 500km in four days is something that won’t leave my memory anytime soon. 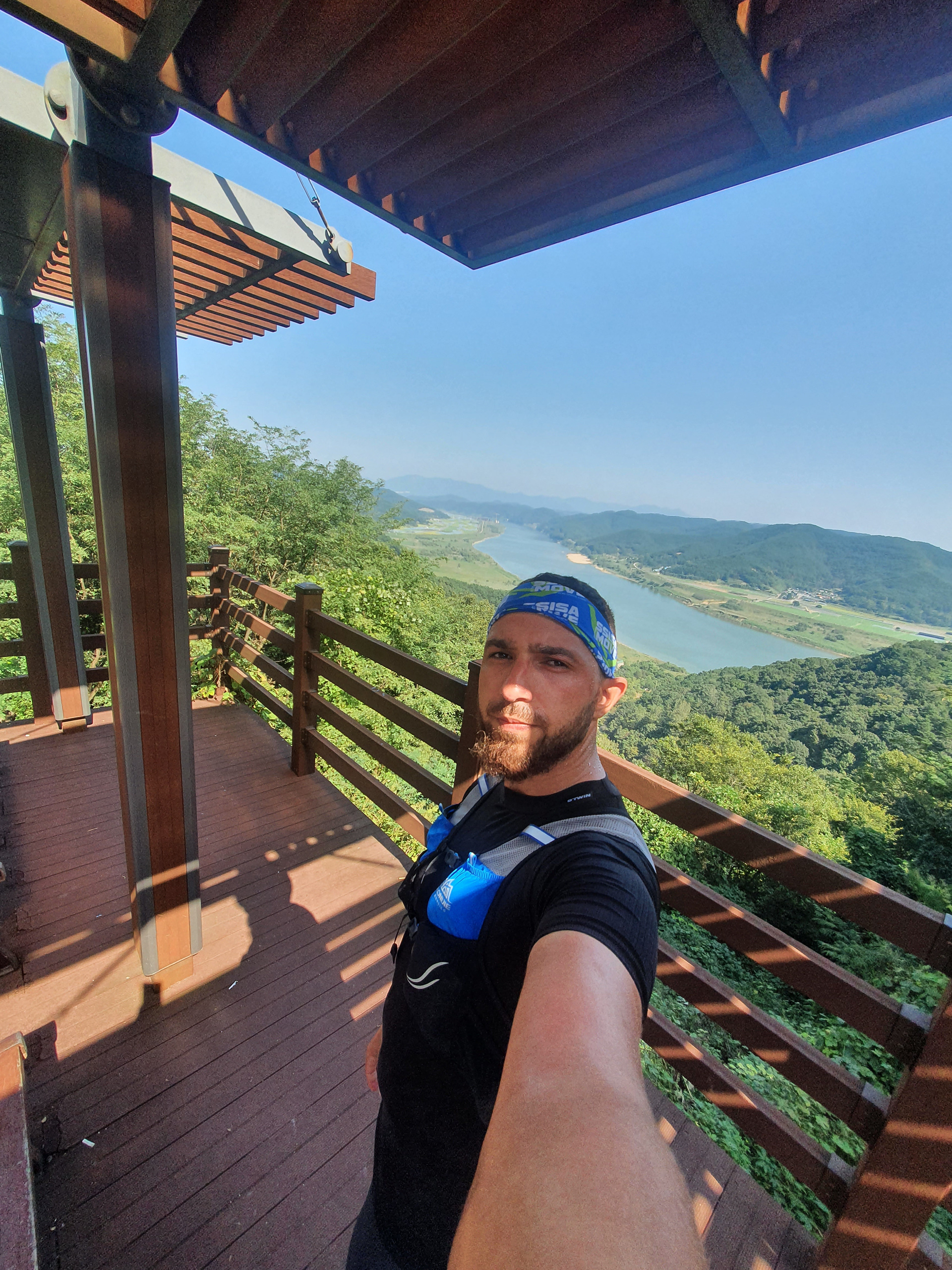 Looking over the Nakdong River from the Bakjingogae Pass. 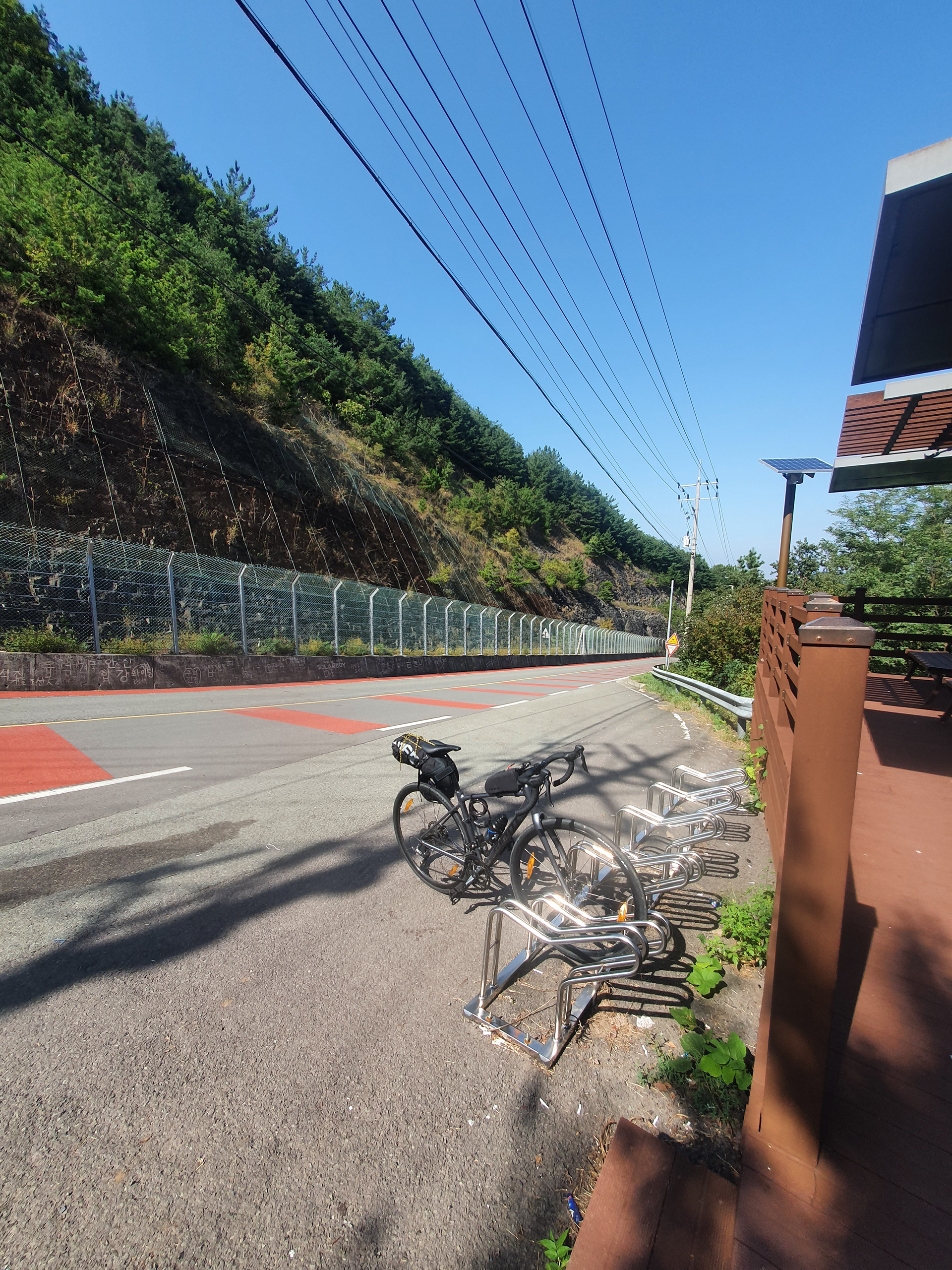 An extremely steep and mostly unrideable climb. I had no hesitation in jumping off the bike. 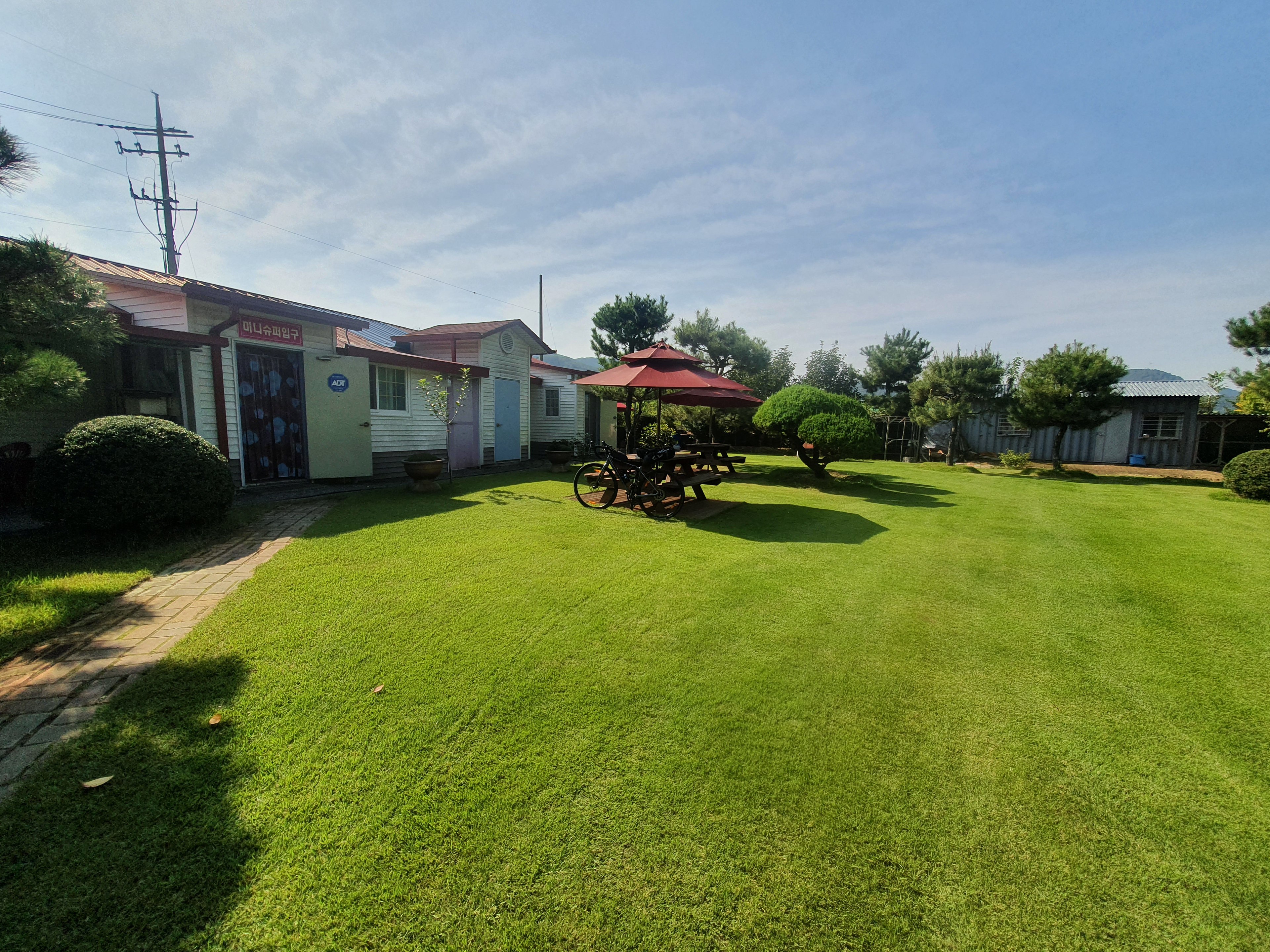 Fortunately, shortly after that terrible climb, I found what must be South Korea's most perfectly manicured lawn – complete with a refreshment station. 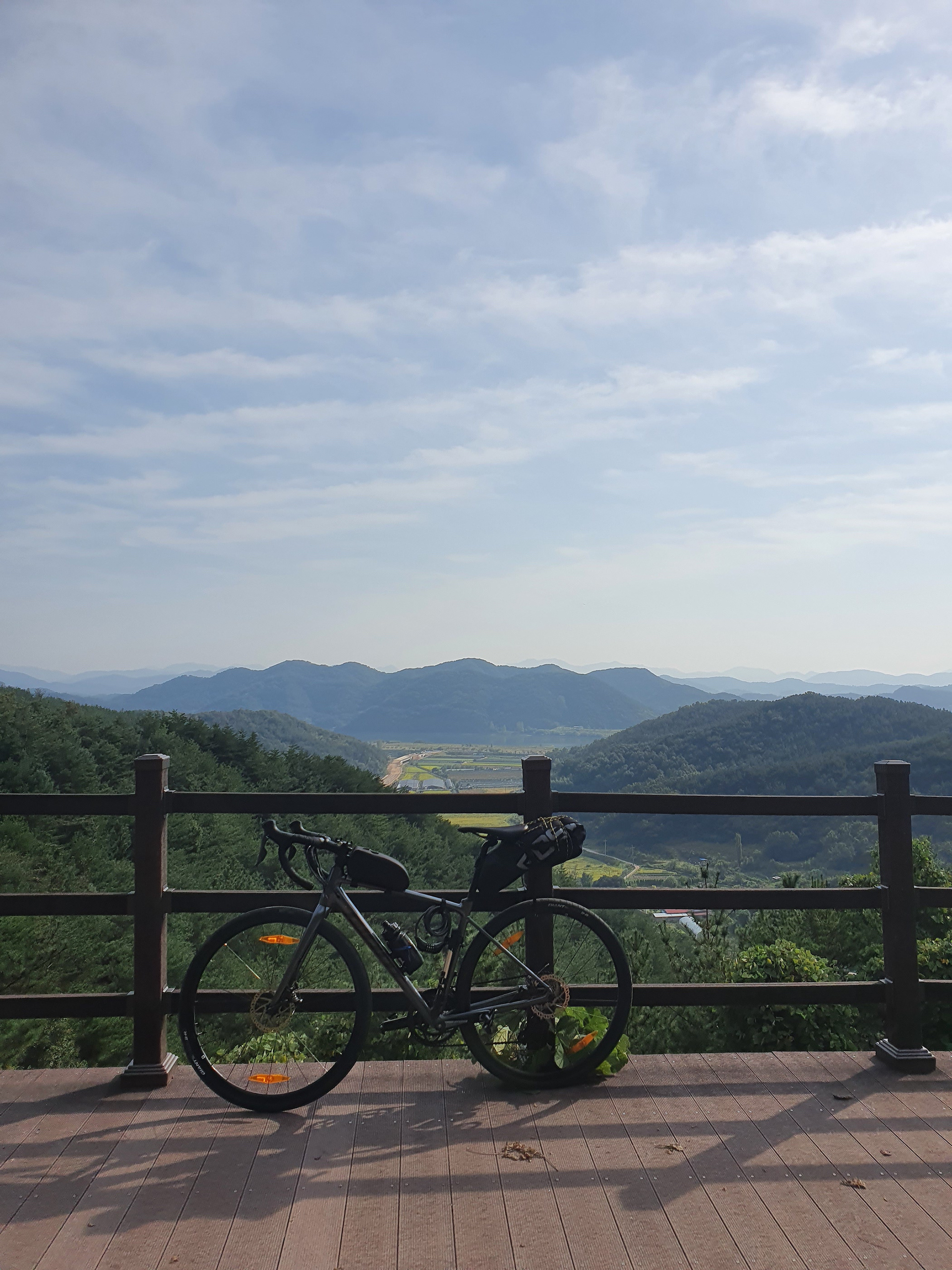 The view from the top of the final (frustrating) climb, shortly before rolling into Namji. 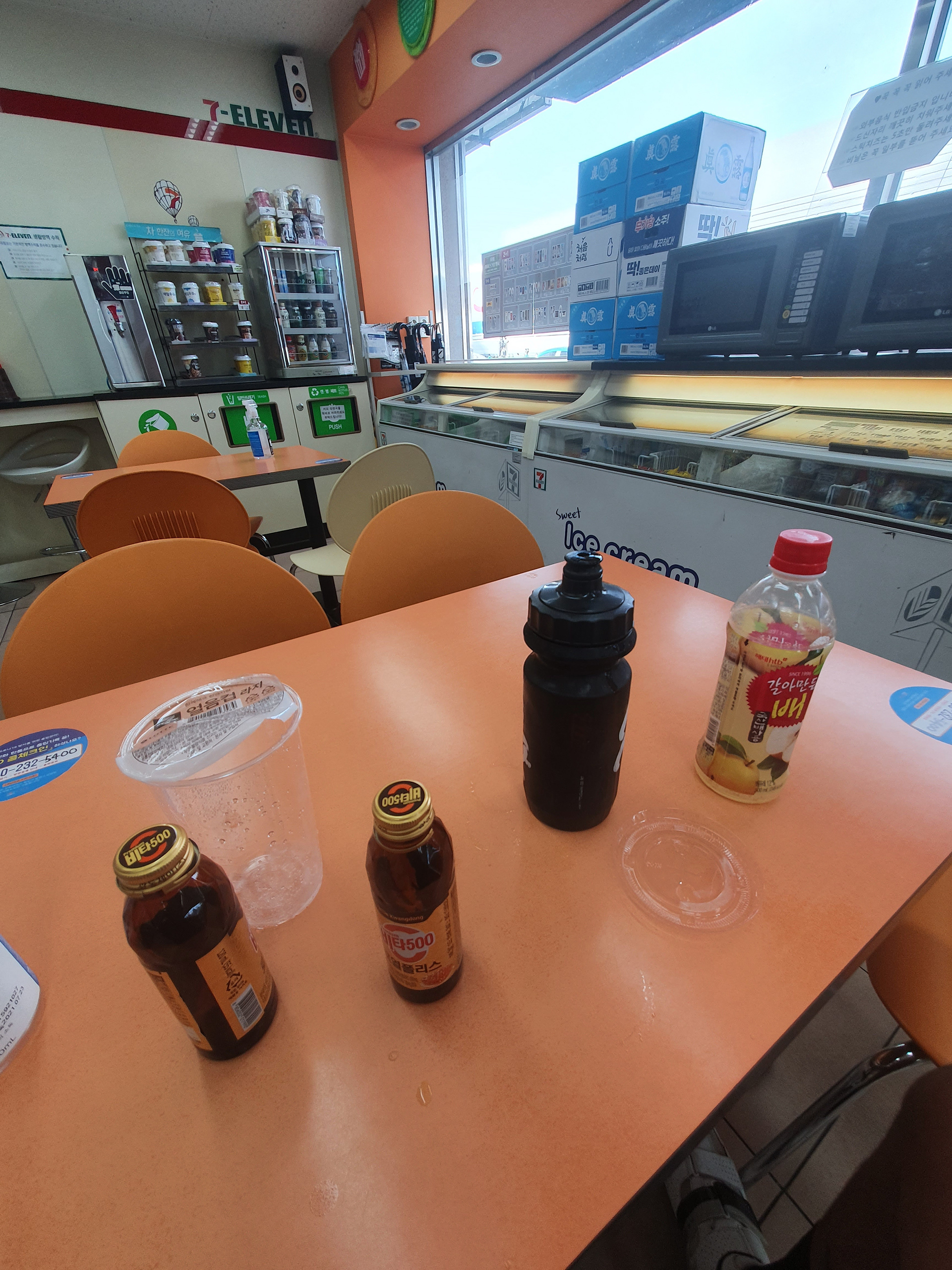 After all that climbing in the heat, a 7-Eleven stop was in order. 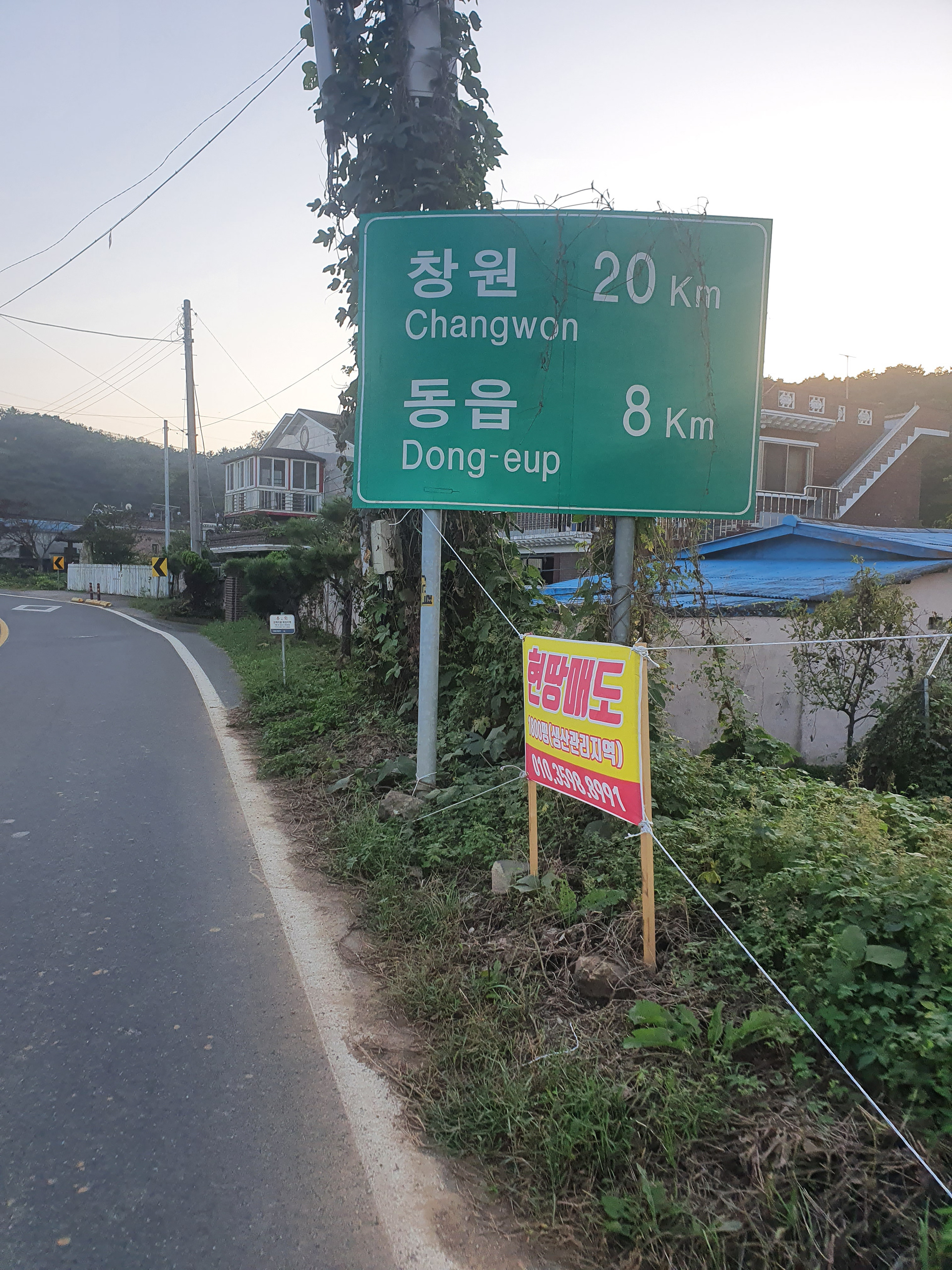 A sight for sore eyes (and legs). The finish line finally in sight. 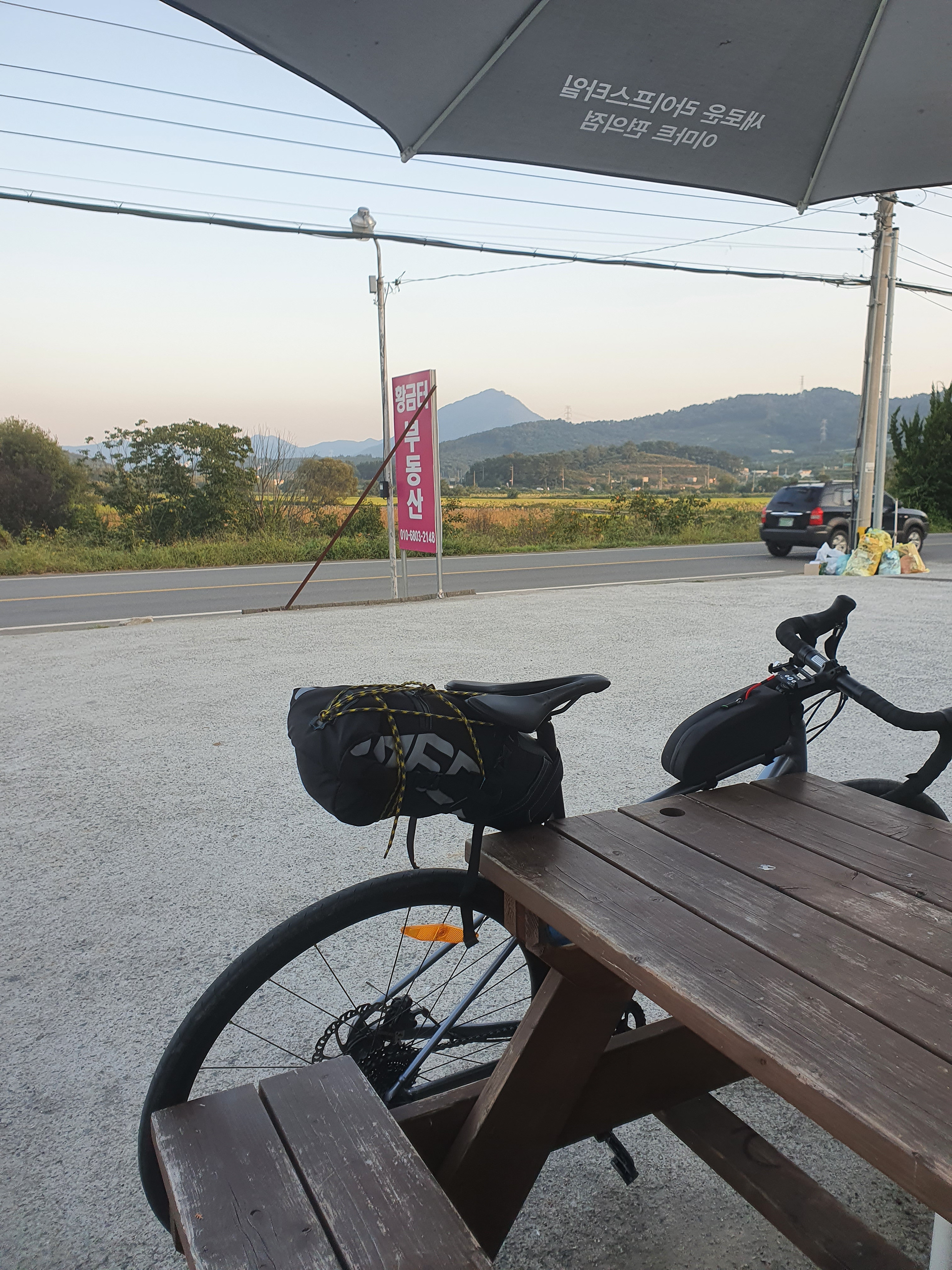 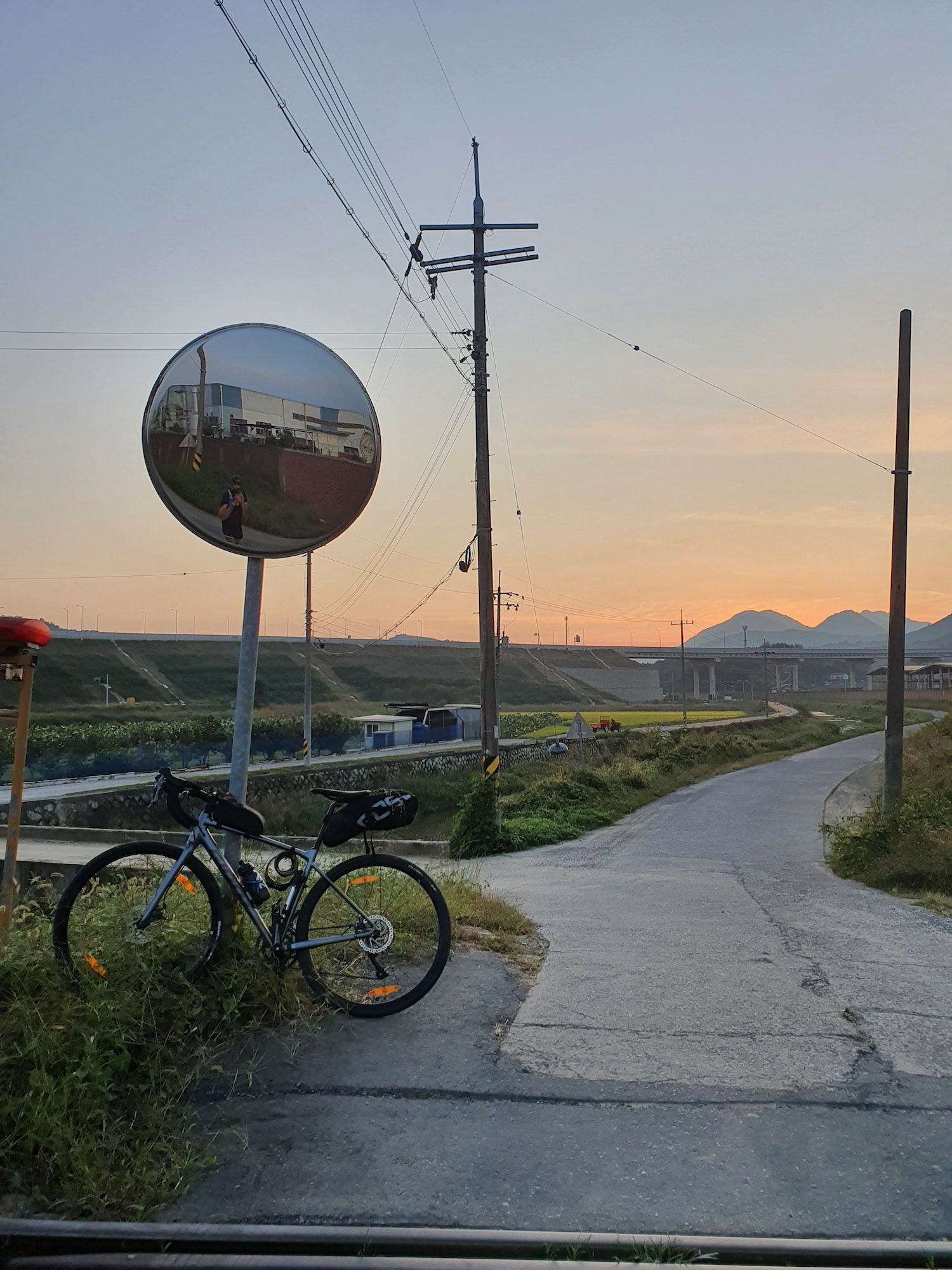 A perfect ending to this journey. Sunset on the outskirts of Changwon, around 30mins before I would finally reach my destination.

Epilogue
It was Scott Jurek who said “Run for 20 minutes and you’ll feel better. Run another 20 and you might tire. Add on 3 hours and you’ll hurt, but keep going and you’ll see—and hear and smell and taste—the world with a vividness that will make your former life pale.” One could easily substitute running for cycling (although I have done my fair share of distance running so I can already attest to this quote – but I digress).
After cycling 500km over four days, I felt like I had accumulated a wealth of experiences which were indelibly imprinted on me, more so than any other travel experience I had ever undertaken (at least in South Korea). There was something so raw and visceral about pushing the limits of what my body is capable, being largely self-supported and yet arriving in one piece at my destination. That satisfaction is something I won’t soon forget.
To anyone reading this who is considering touring South Korea by bike or doing this exact same route, I wholeheartedly recommend it. It’s an experience guaranteed to leave you with memories that will last a lifetime.

Three ways that solo travel toughens you up.

Can You Use The iPhone 13 Mini As A Cycling Computer?

4 Steps to achieving happiness as an Expat.

Unlocking the power of Lightroom catalogues.
↑Back to Top