FOUR DAYS IN THE NEON CAPITAL

Monday
Monday is a trip to the iconic Big Buddha statue on the outlying Lantau Island. Getting there is a cinch with the MTR. All you need to is get on the yellow line which terminates at Tung Chong station. From there, you can either take the cable car up to the Ngong Ping Village (although this will run you a premium) or catch a bus, which is the more economical option. It's a windy, twisting drive around the island before you jump off at the Tian Tan monastery.
Some key facts about the Big Buddha:
The statue is named The Big Buddha because its base is a model of the Altar of Heaven or Earthly Mount of Tian Tan, the Temple of Heaven in Beijing.
It took three years to construct, starting in 1990 and finishing on 29 December 1993
The statue is 34 metres (112 ft) tall, weighs over 250 metric tons (280 short tons), and was constructed from 202 bronze pieces
One of the five large Buddha statues in China, it sits atop a lotus on top of a three-platform altar.
Surrounding it are six smaller bronze statues known as "The Offering of the Six Devas" that are posed offering flowers, incense, lamp, ointment, fruit, and music to the Buddha.
Apparently it is so big, it can be seen from as far away as Macau on a clear day
This place is chilled out, there's an undeniable feeling of zen that you get when you walk around.
I honestly hadn't banked on visiting the Big Buddha; my initial impression was that this was one of this cringey cultural attractions that you should do just because you find yourself there. But I don't regret it one bit.
Tai O was our next stop, about 15 minutes away by bus. These fishing islands are served by busses that run every 20 minutes, so even though this location might seem remote, you'll never end up stranded. Using the Octopus card makes it all the more convenient.
We got the feeling that Tai O was a bit of a letdown as an attraction, only because it has the potential to be developed into something more. In more ways than one it reminded me of the town that I now call home; Wando. The pungent odour of drying fish in the alleyways hit a little too close to home for me. 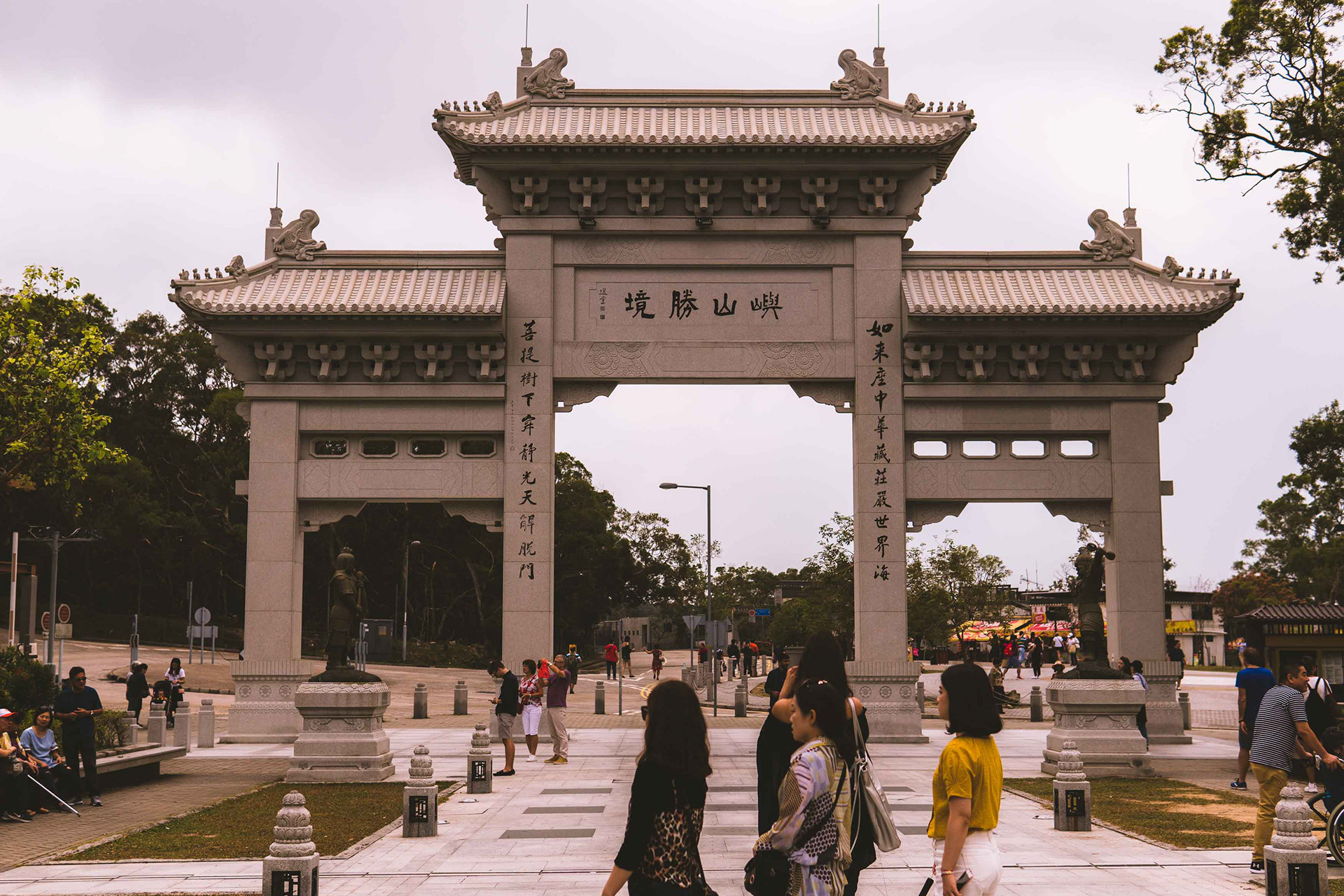 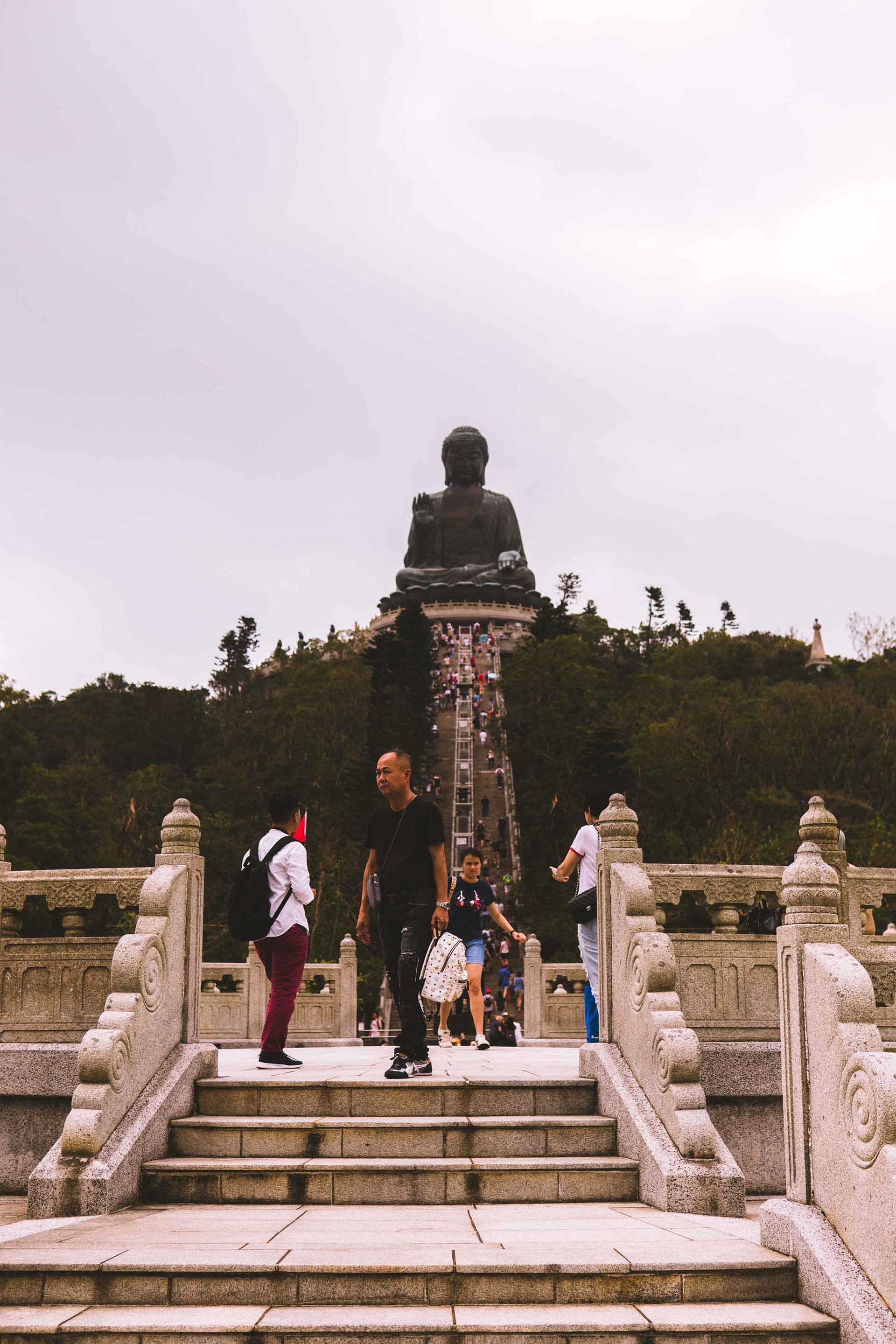 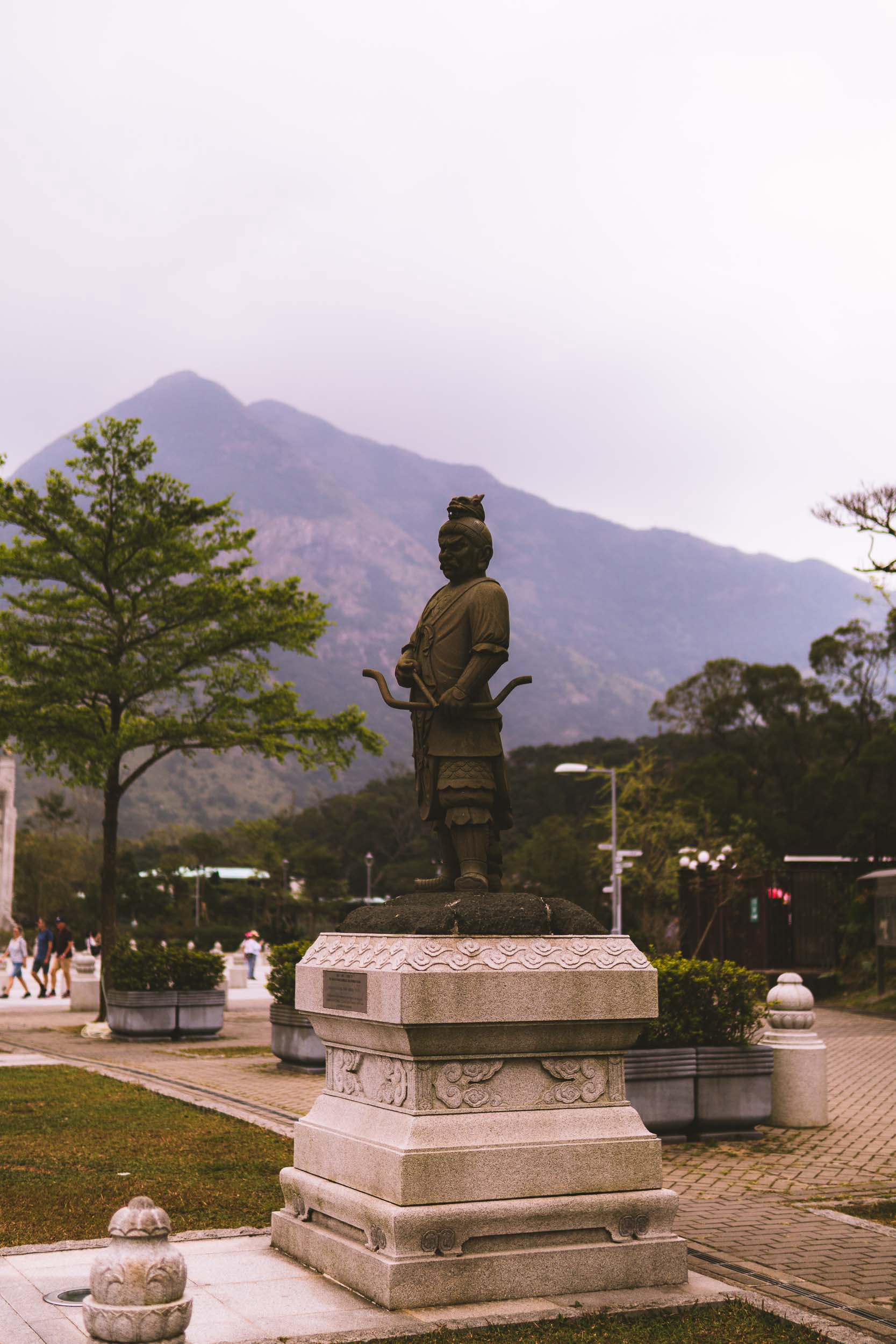 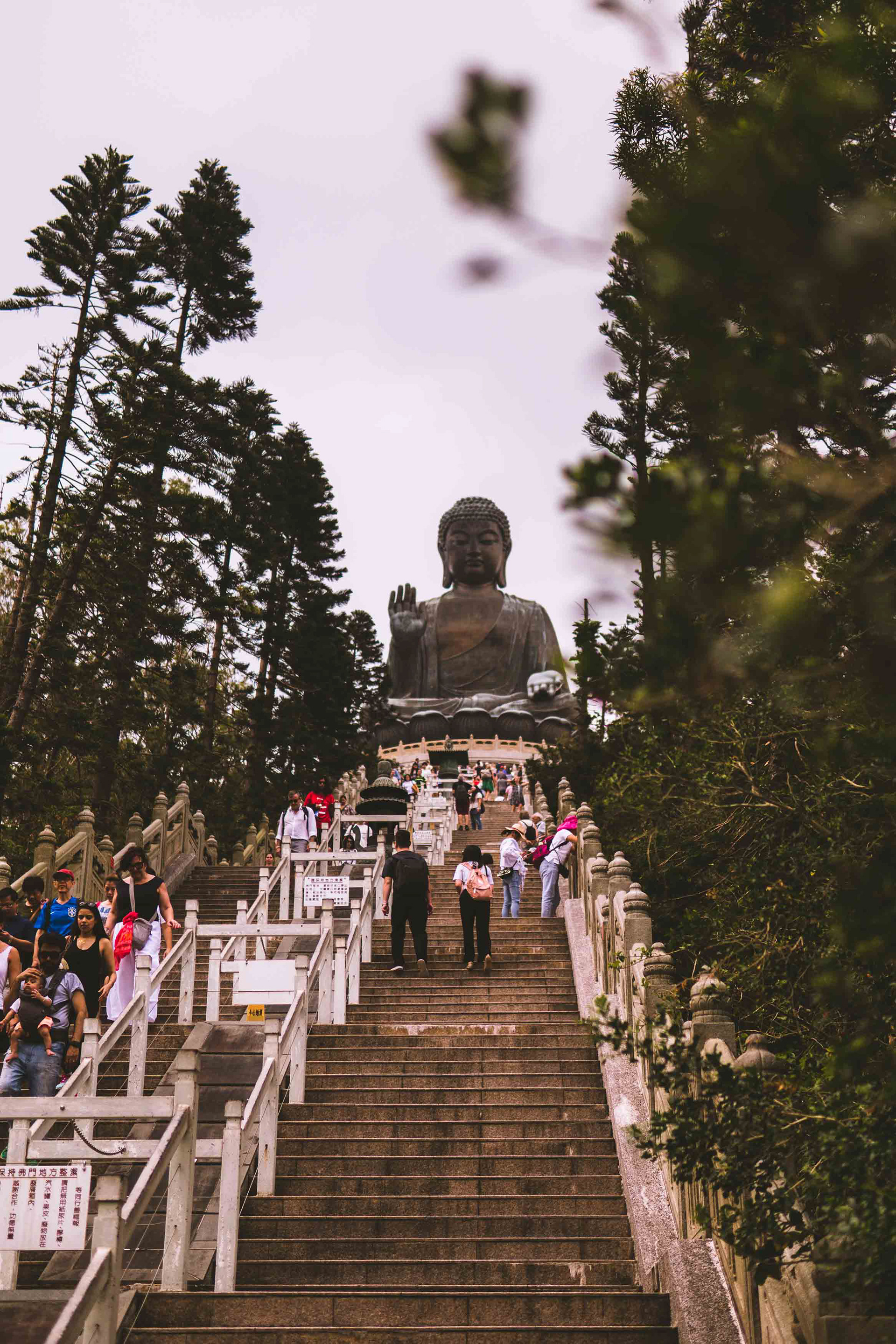 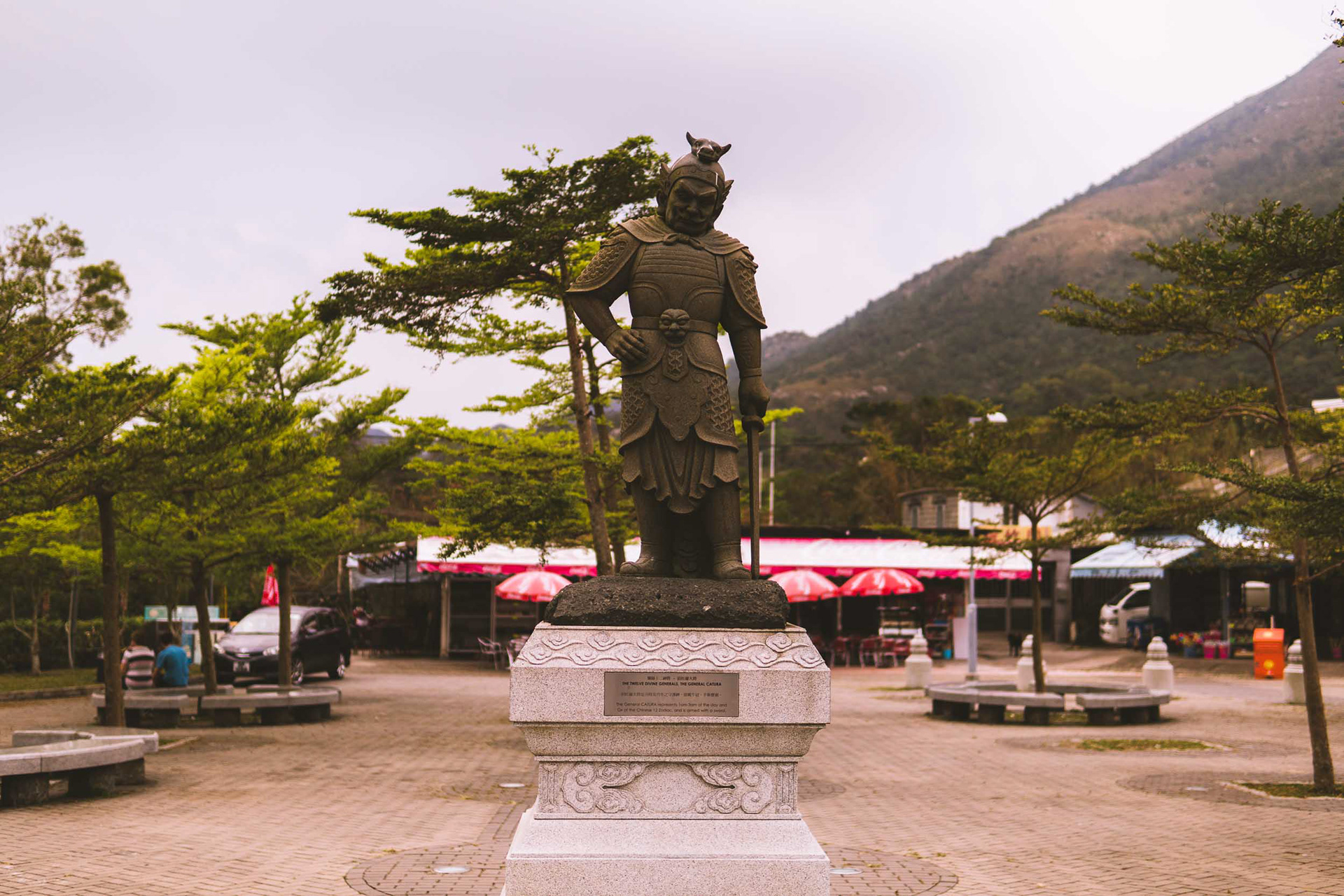 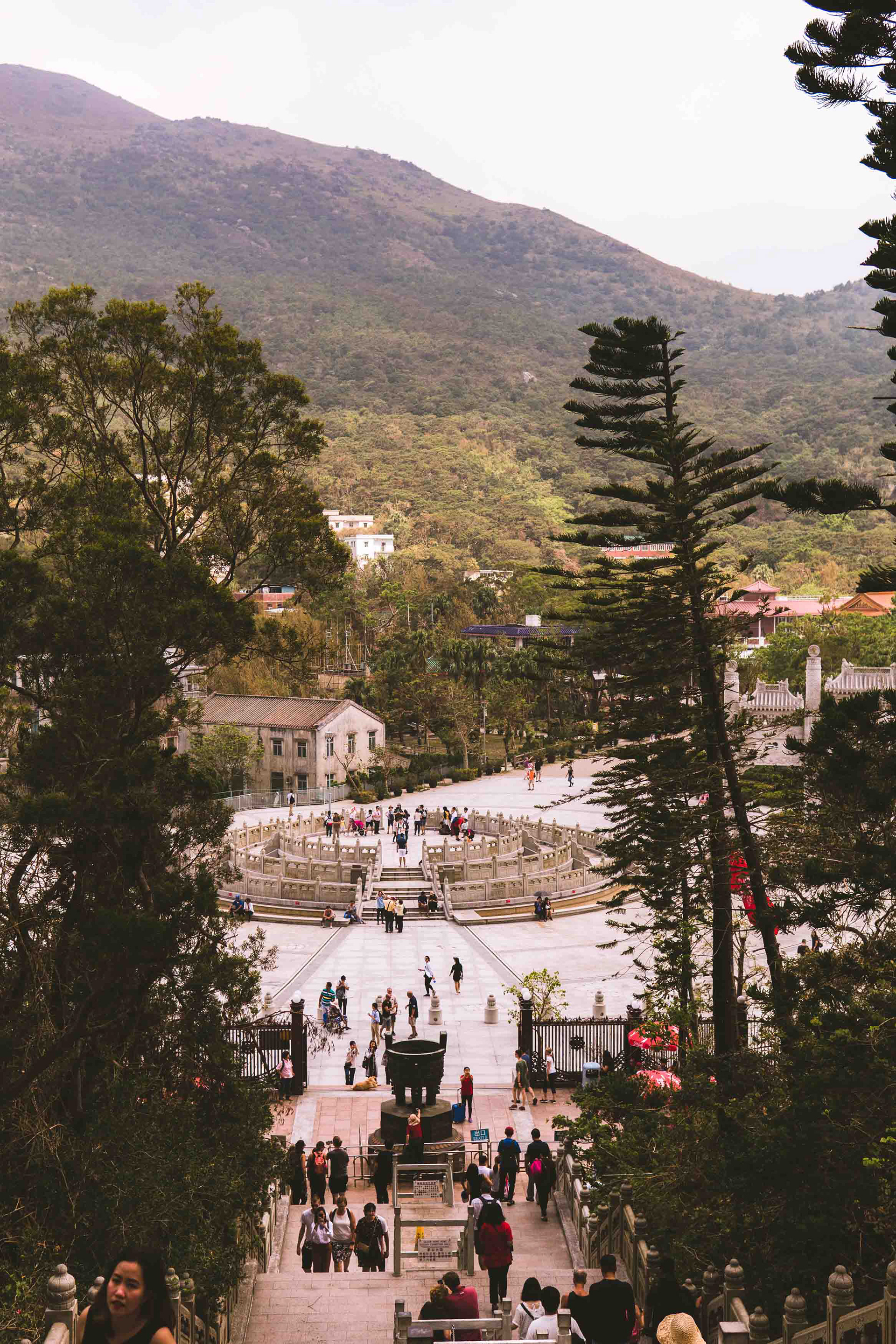 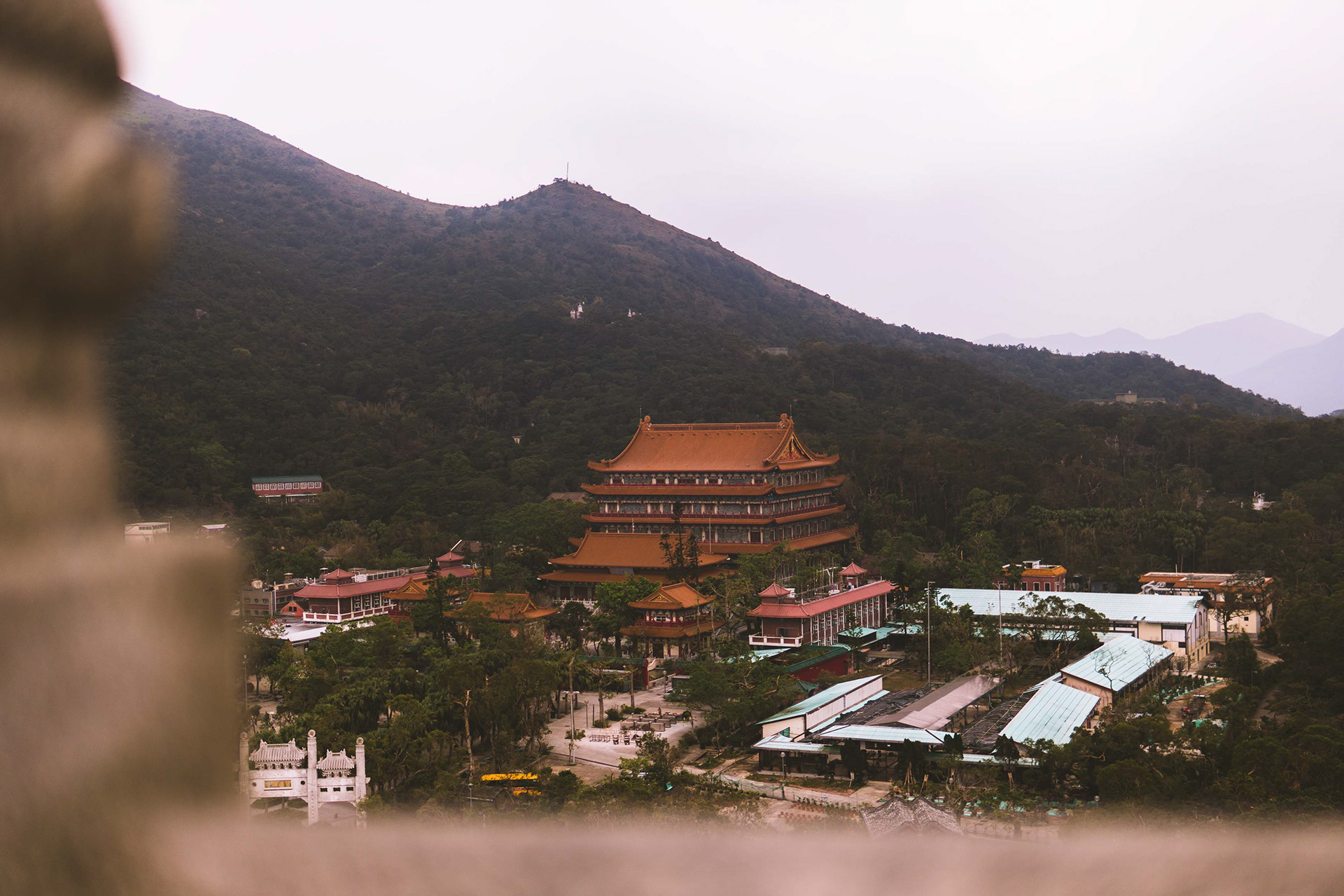 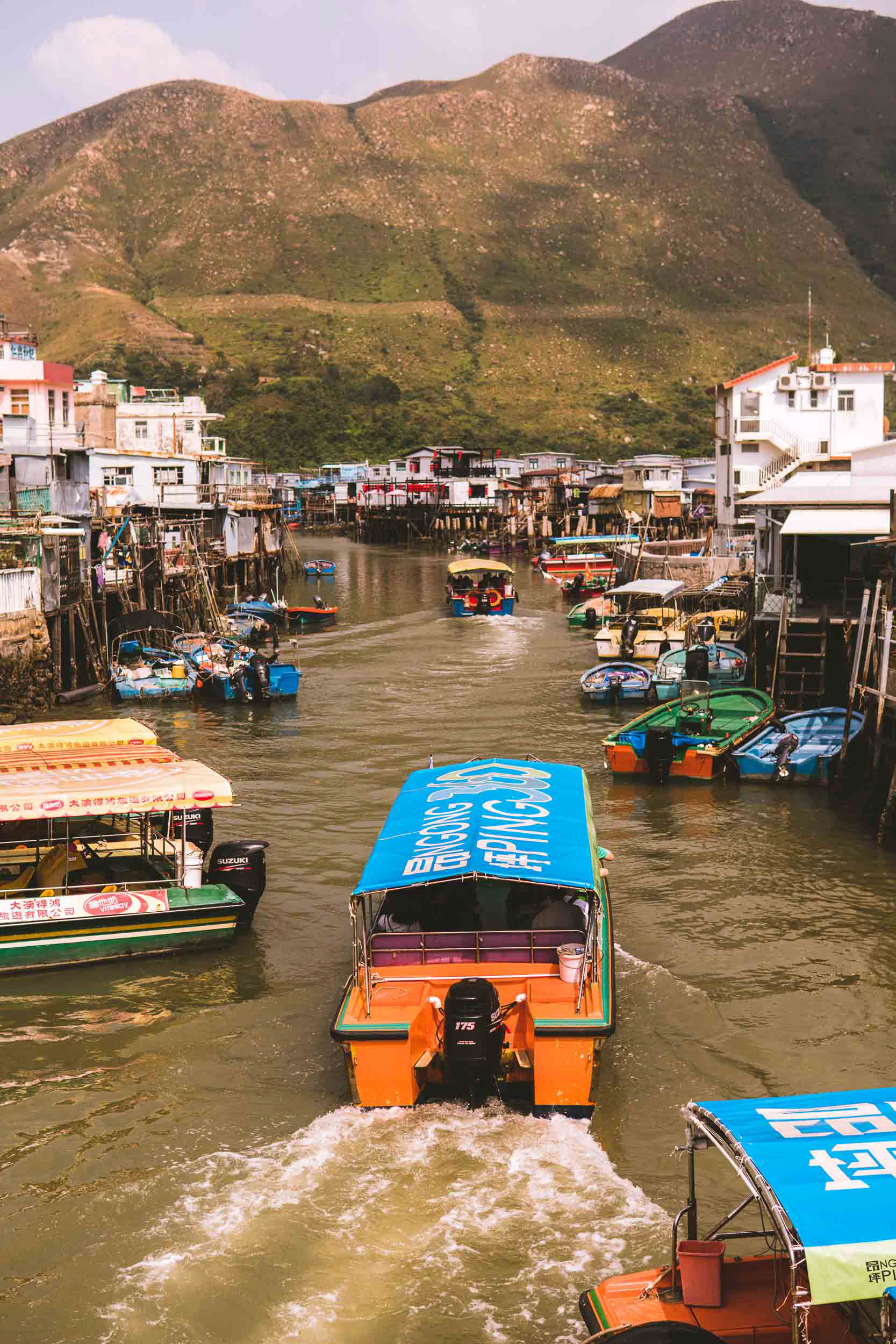 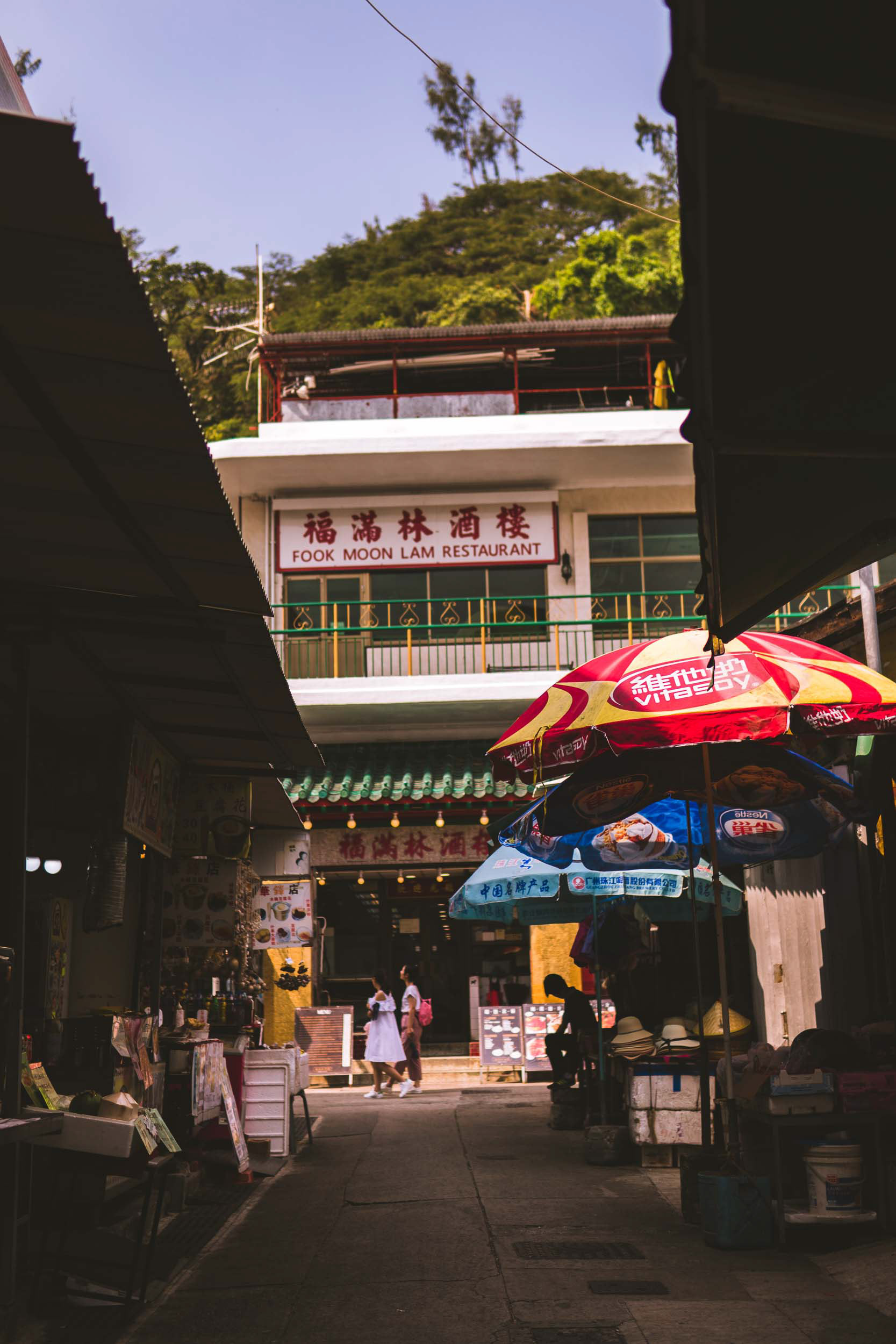 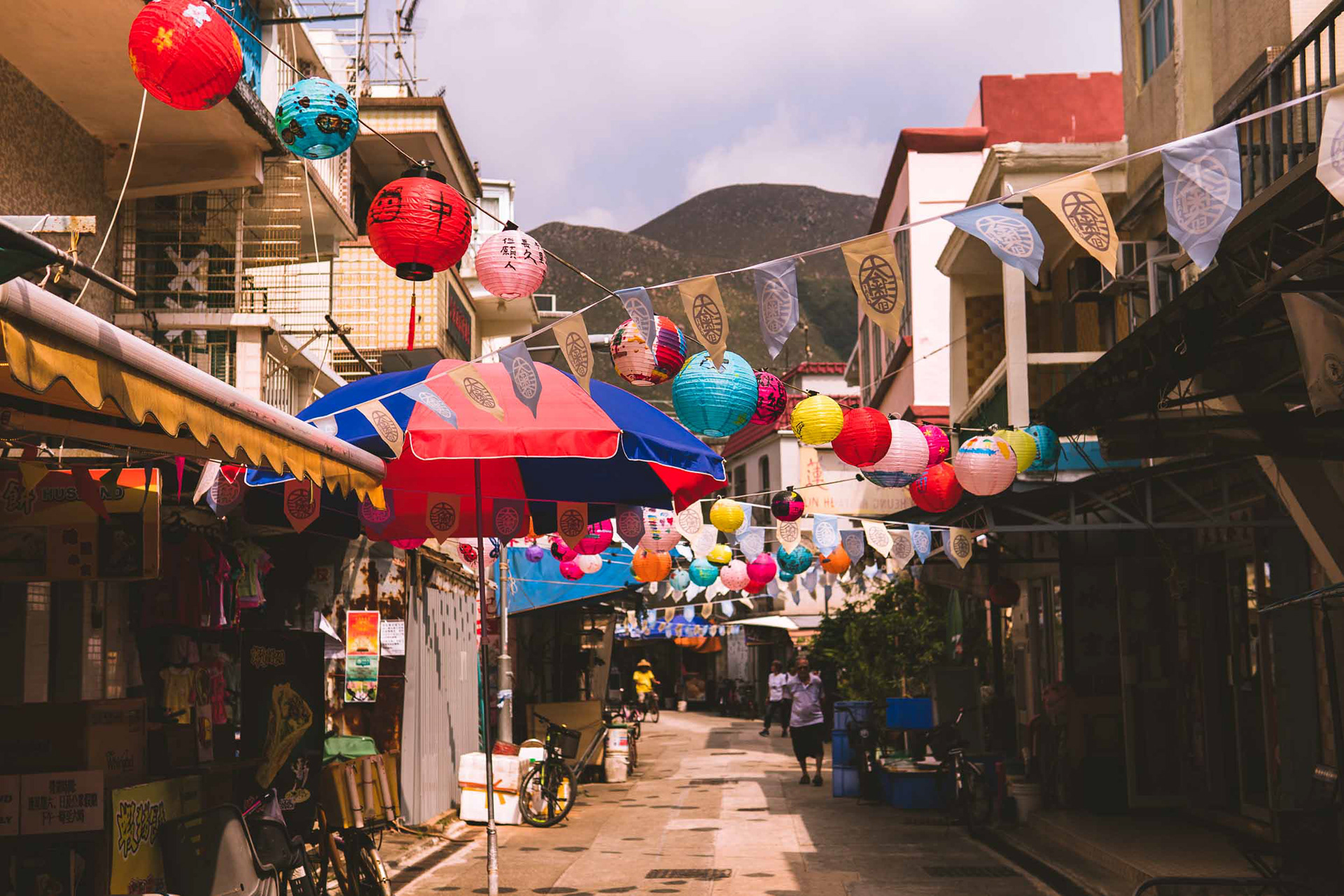 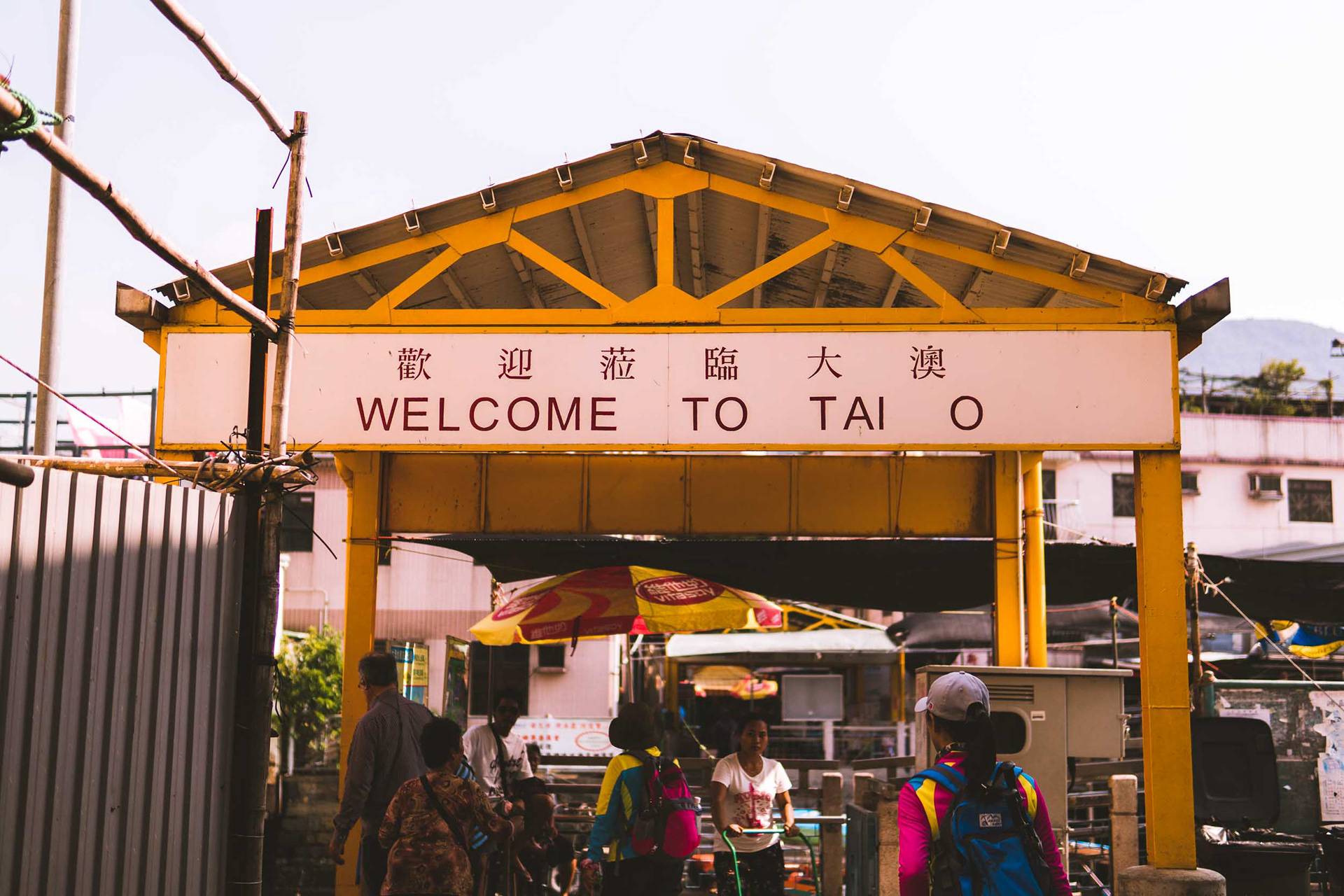 Once back in Kowloon we picked up some Korean grilled chicken at a Goobne outlet, and then made a point of getting to the electronics dealers in Mong Kok. Mostly similar to other electronics outlets, you can find a ton of second hand phone dealers and repair stores here. With the Ladies Market being in such close proximity to the electronics stores, we figured it was worth taking a walk through there too. More than anything, this sprawling lane of vendors is mostly trinkets, souvenirs, and knock-offs. 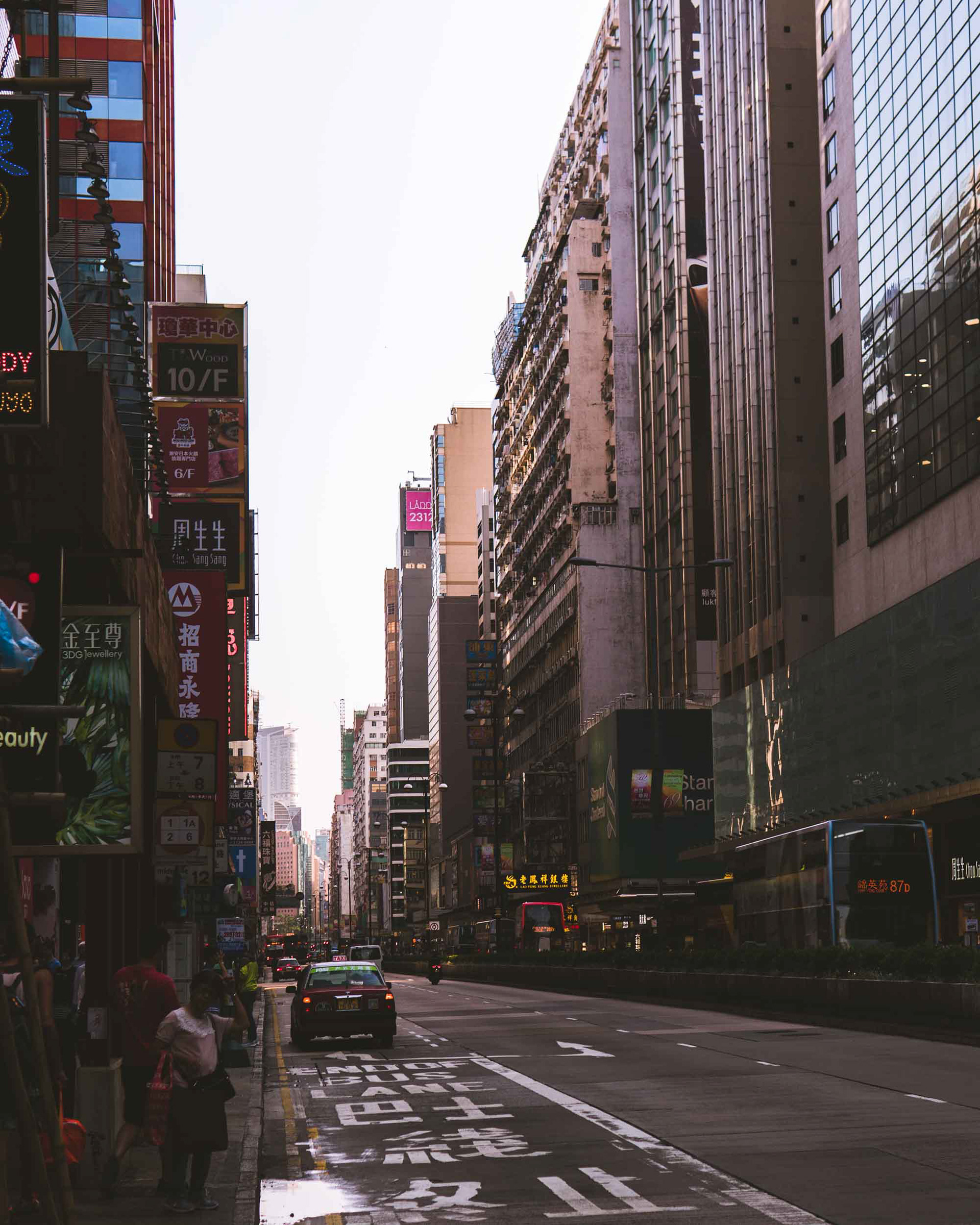 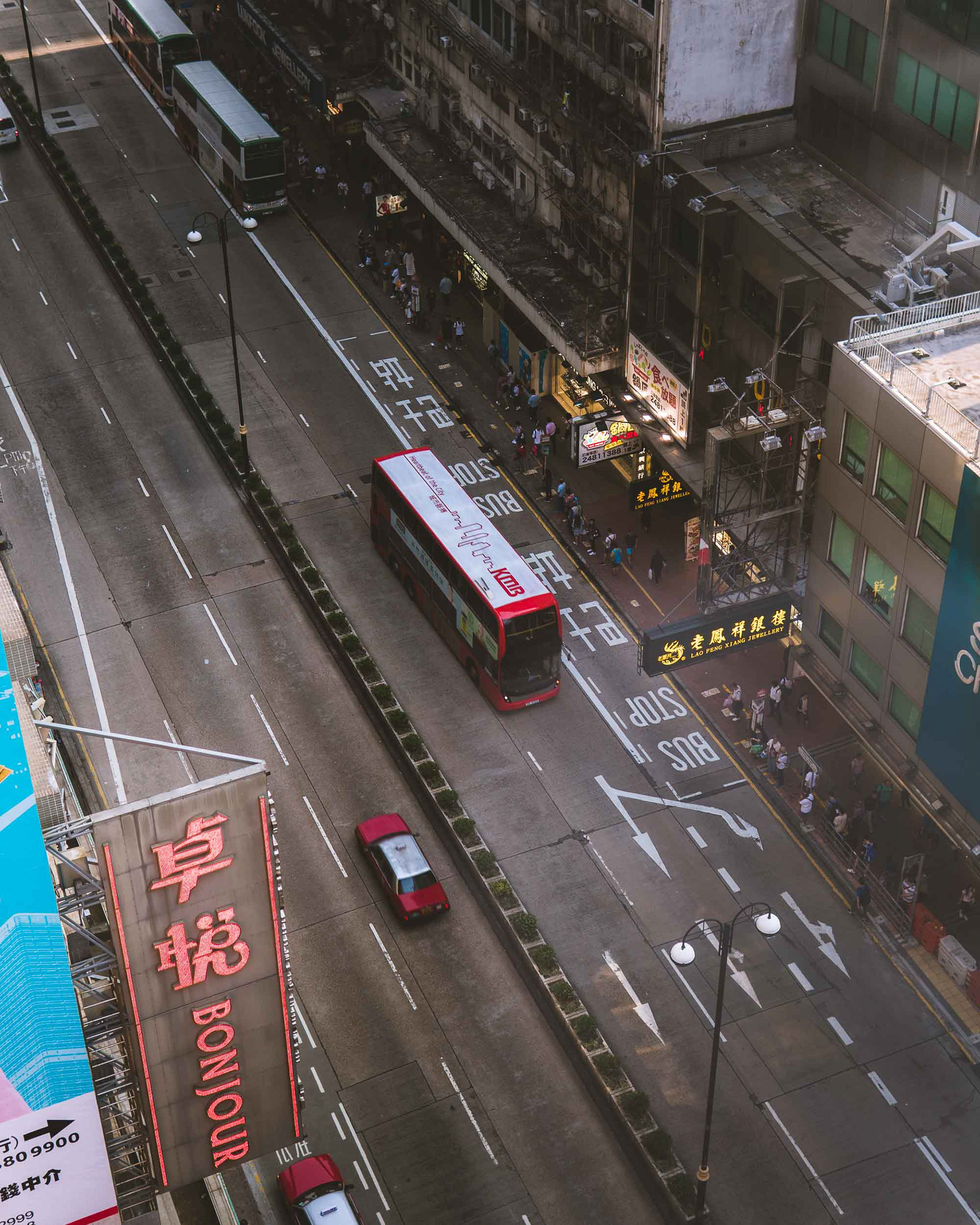 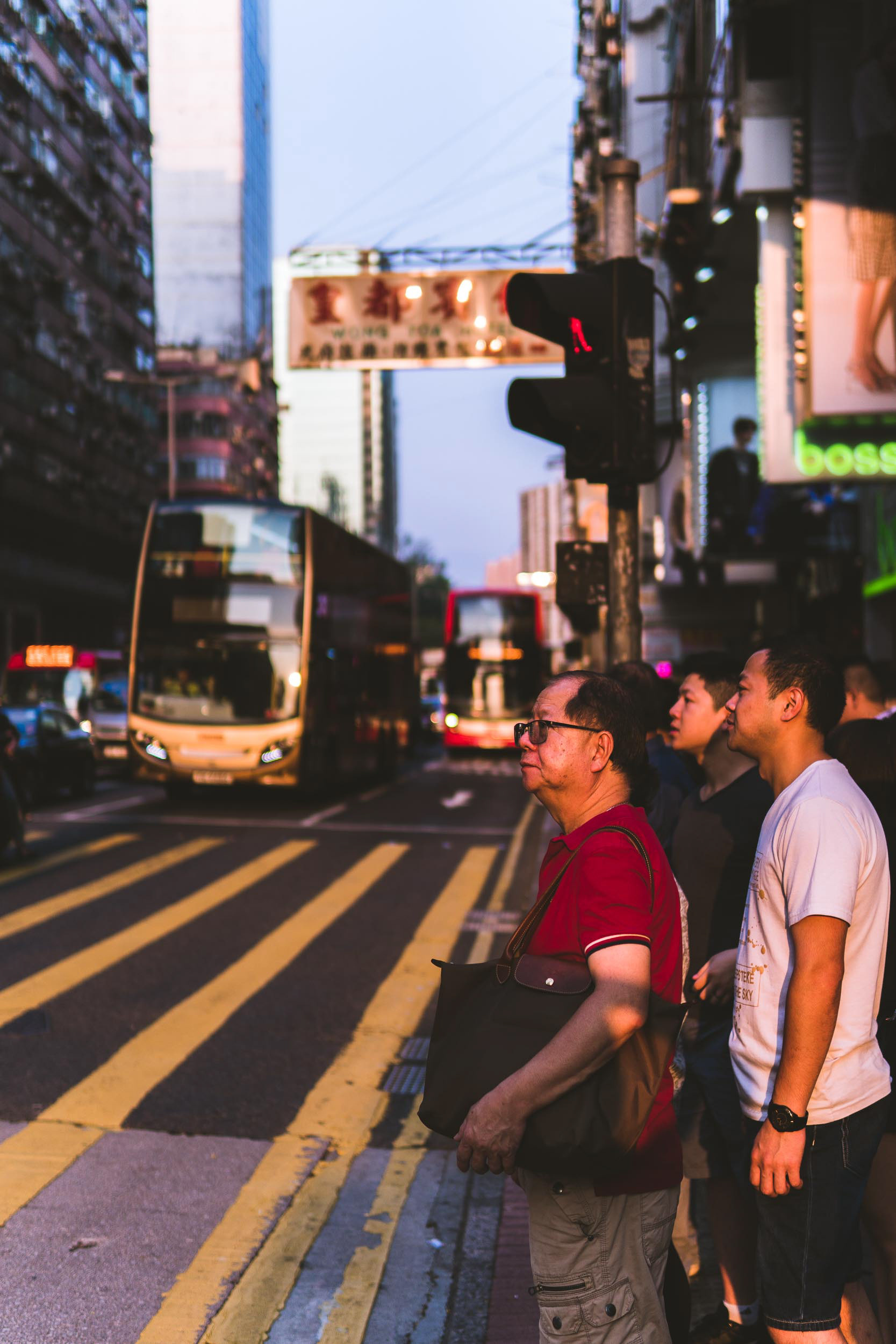 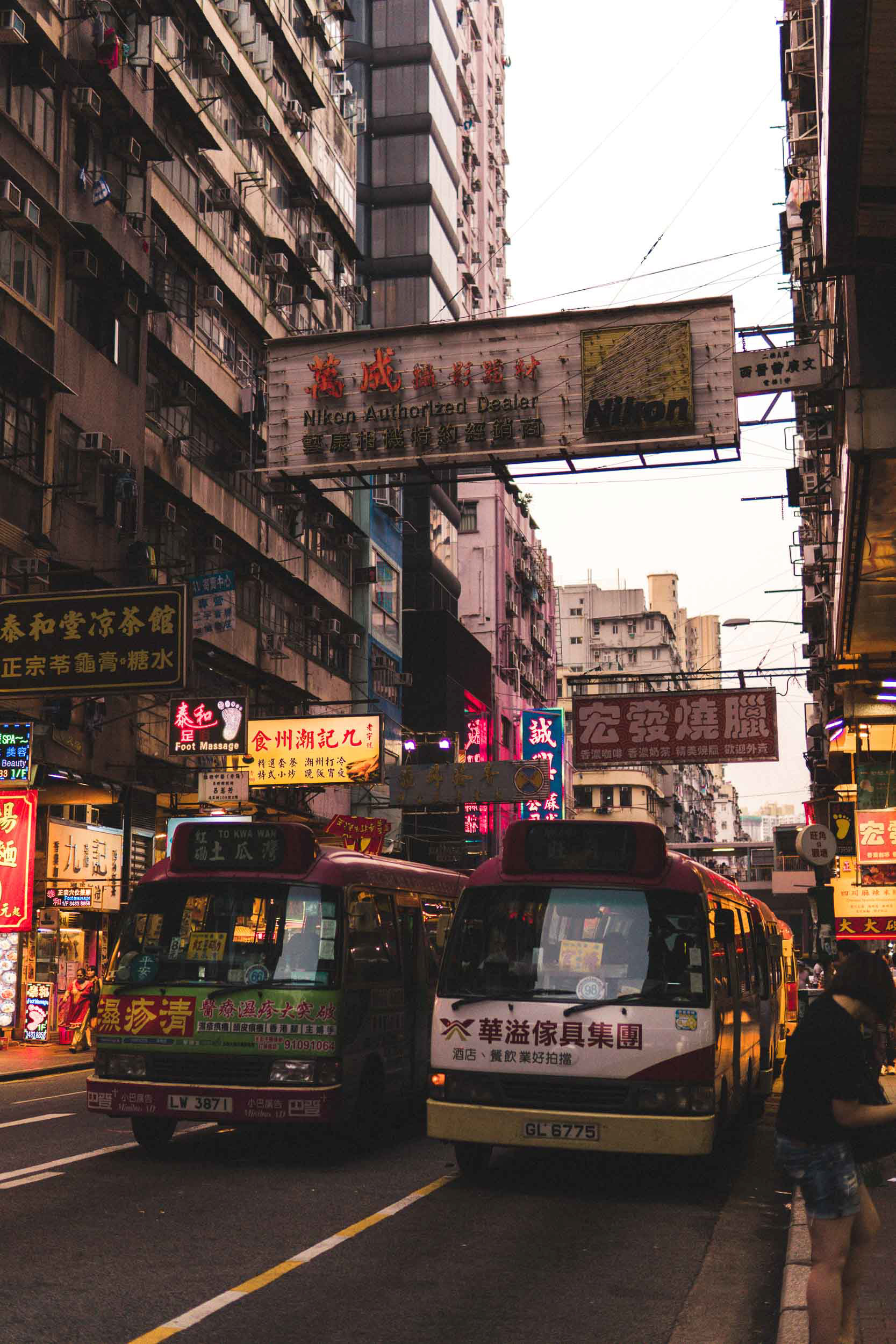 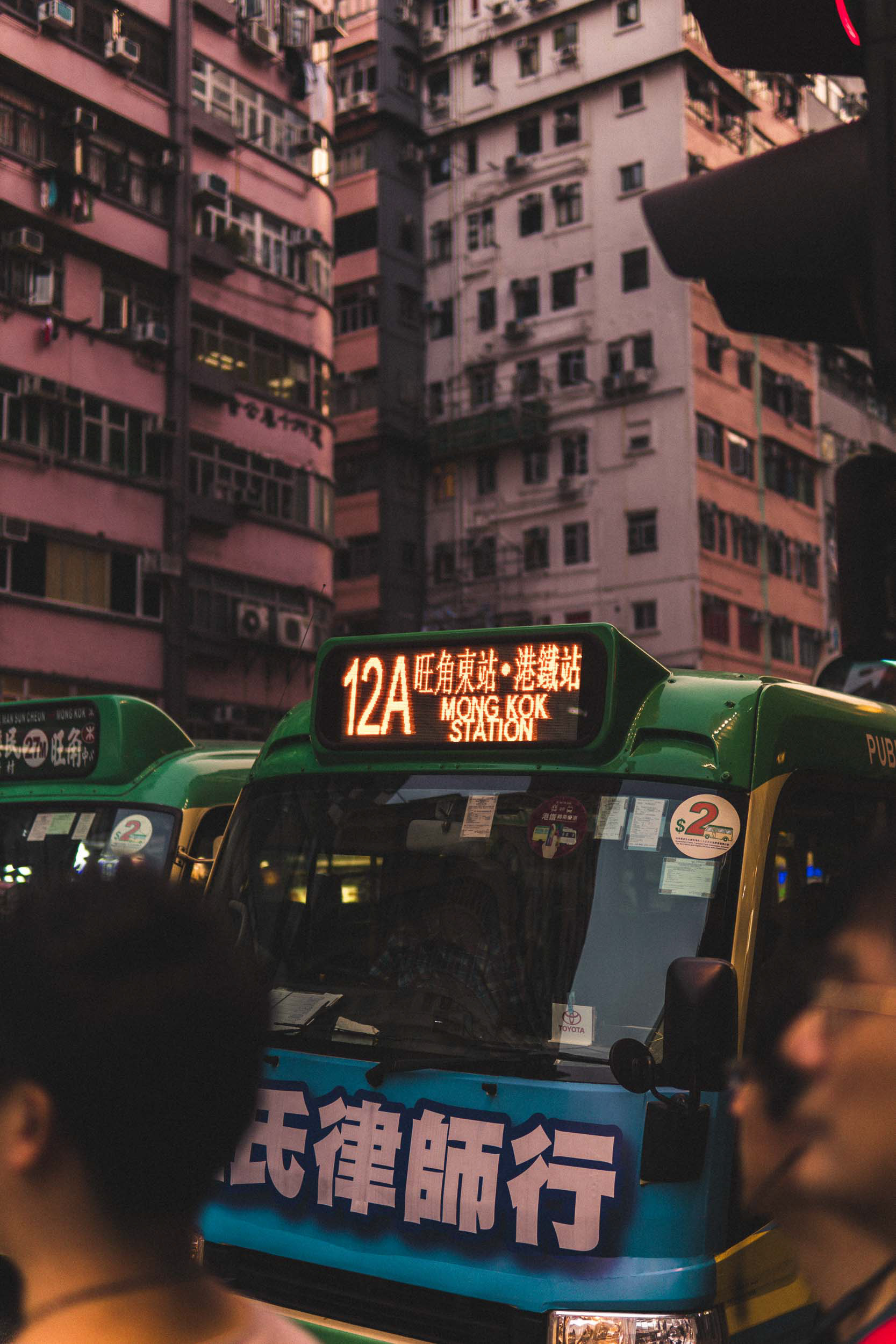 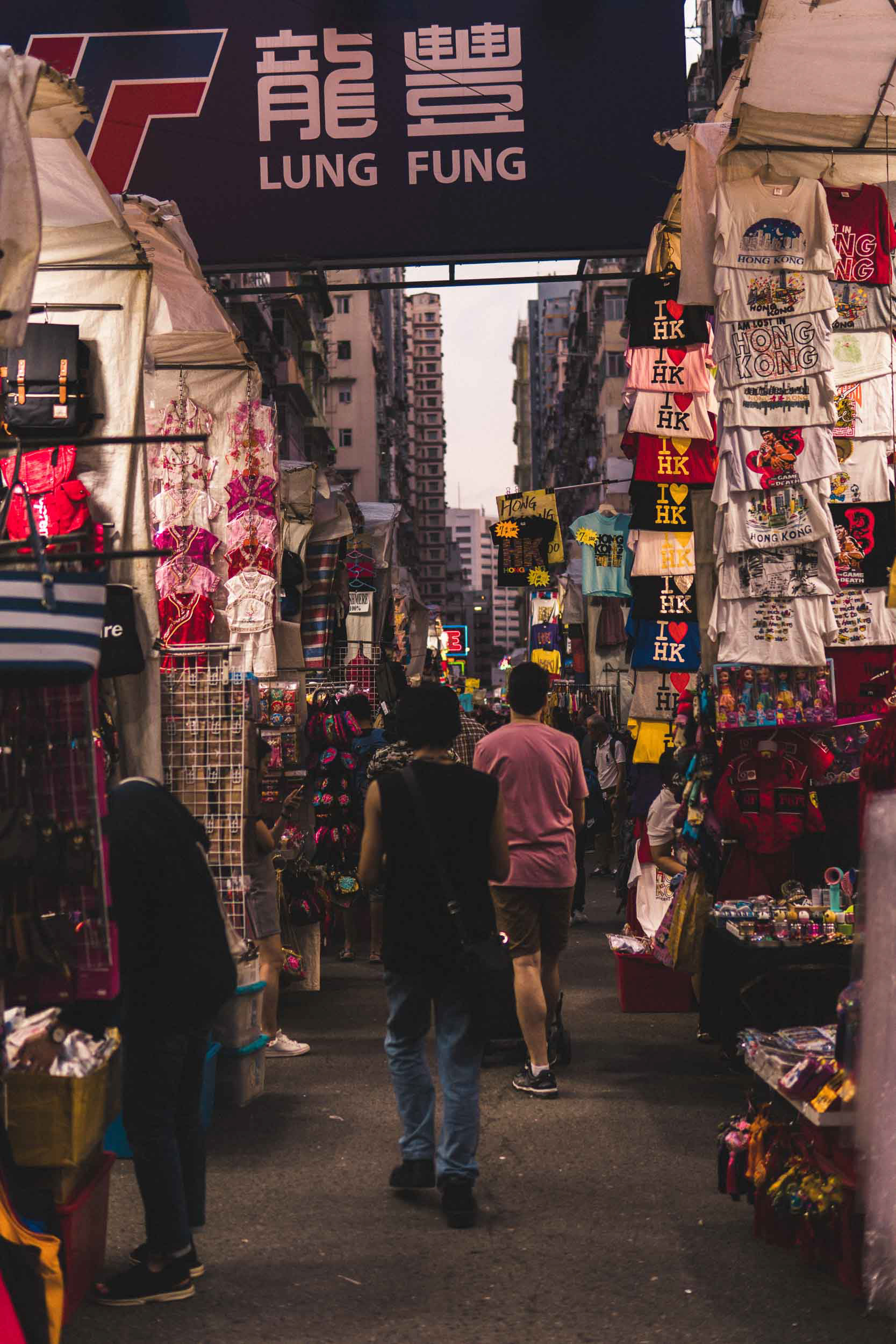 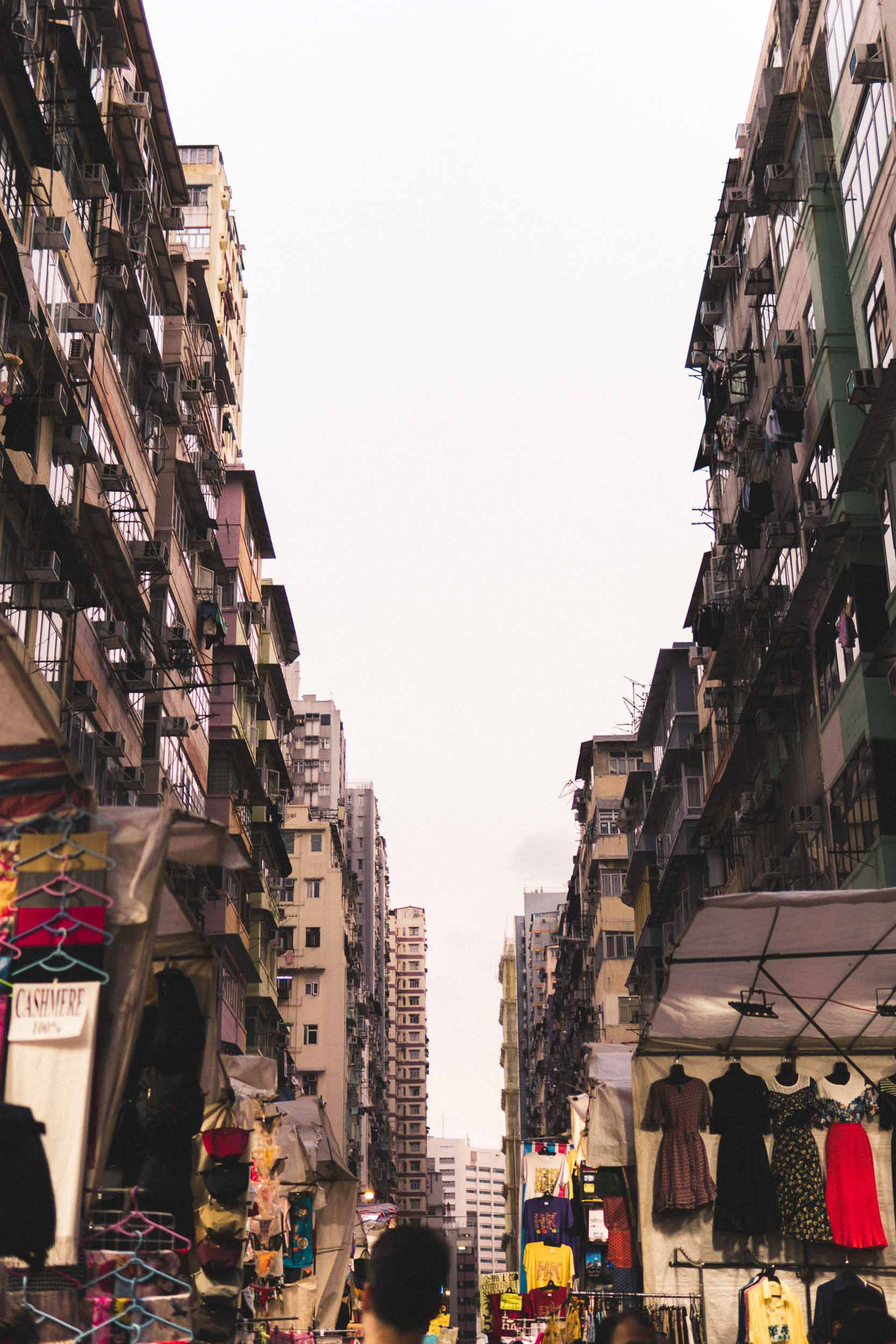 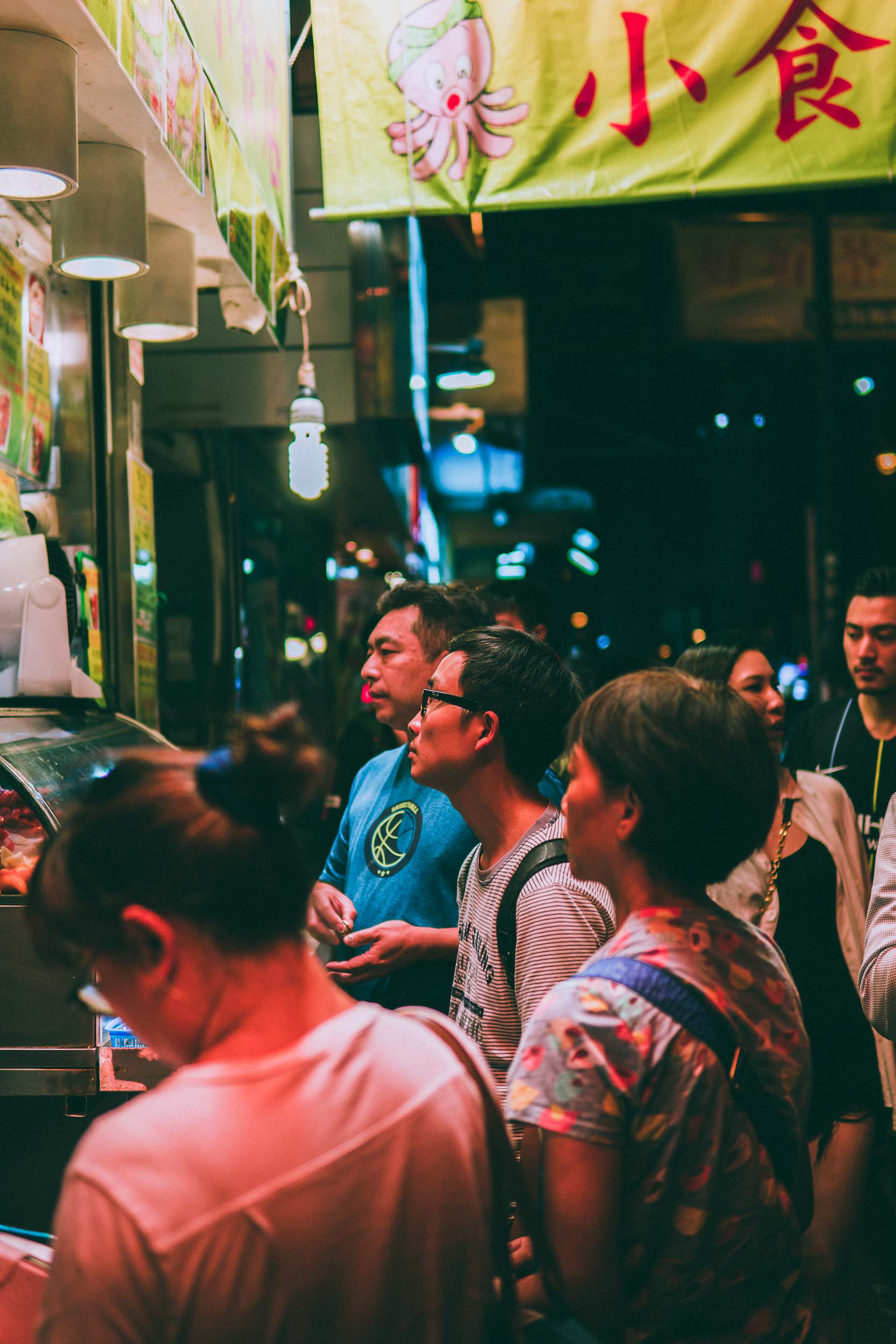 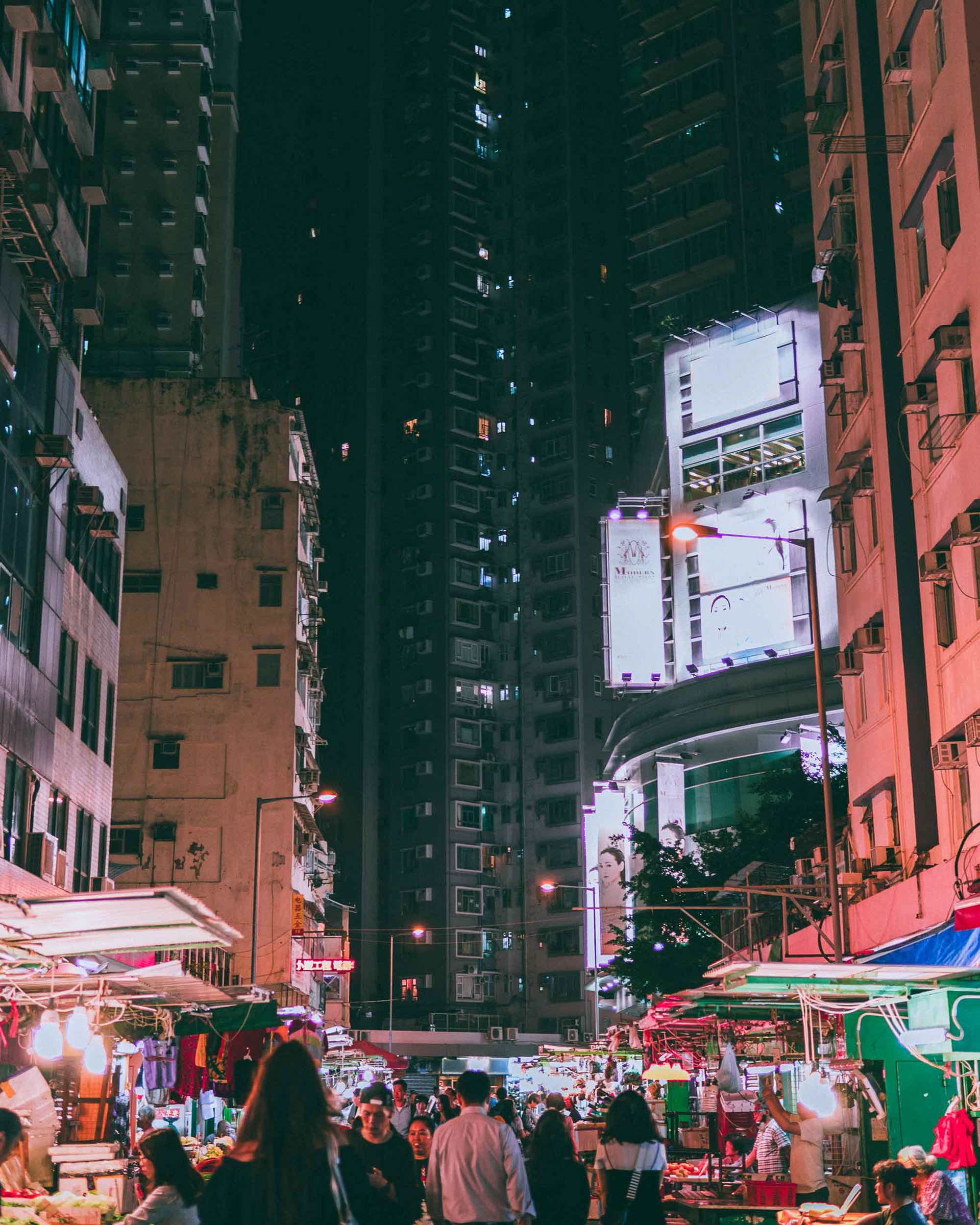 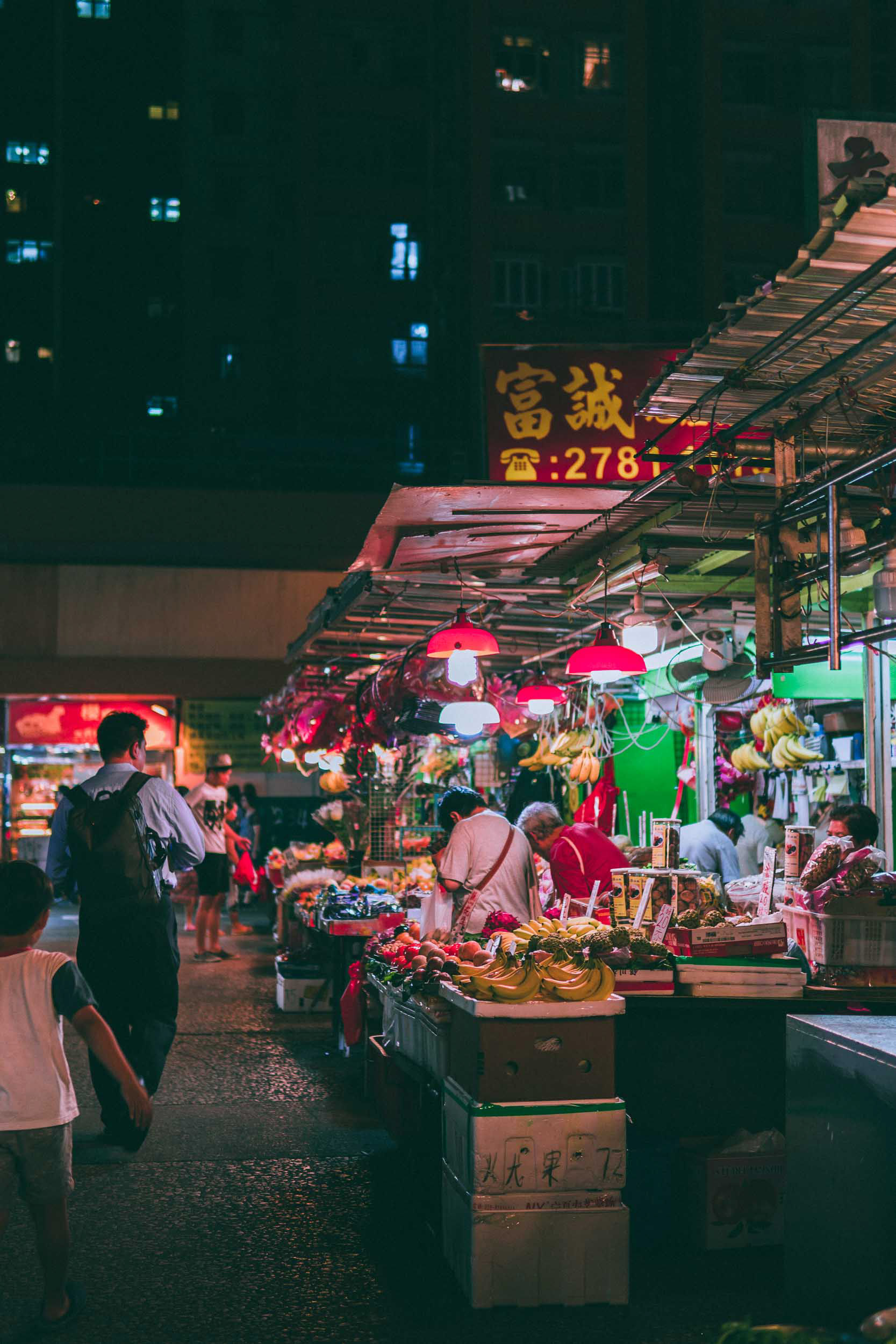 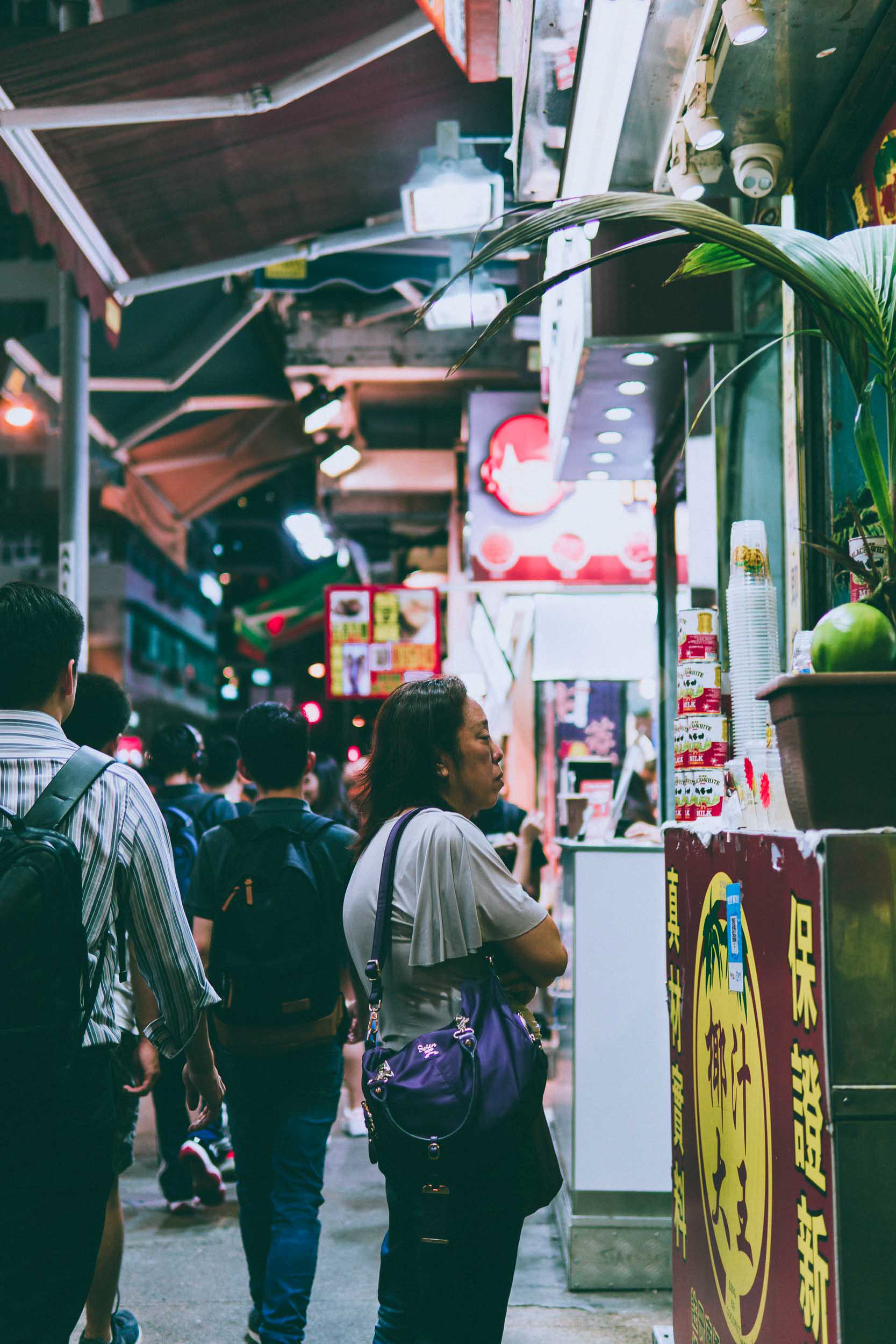 Tuesday
It was off to the island on Tuesday, with the best intentions of getting up to Victoria Peak. The weather very quickly put a dent in those plans, so we promptly scrapped them and moseyed around the Causeway Bay shops after getting breakfast in Wan Chai.
Hong Kong is a street photographer's dream. It might be a played-out cliché, but in many senses it's what I imagine to be the New York of Asia. 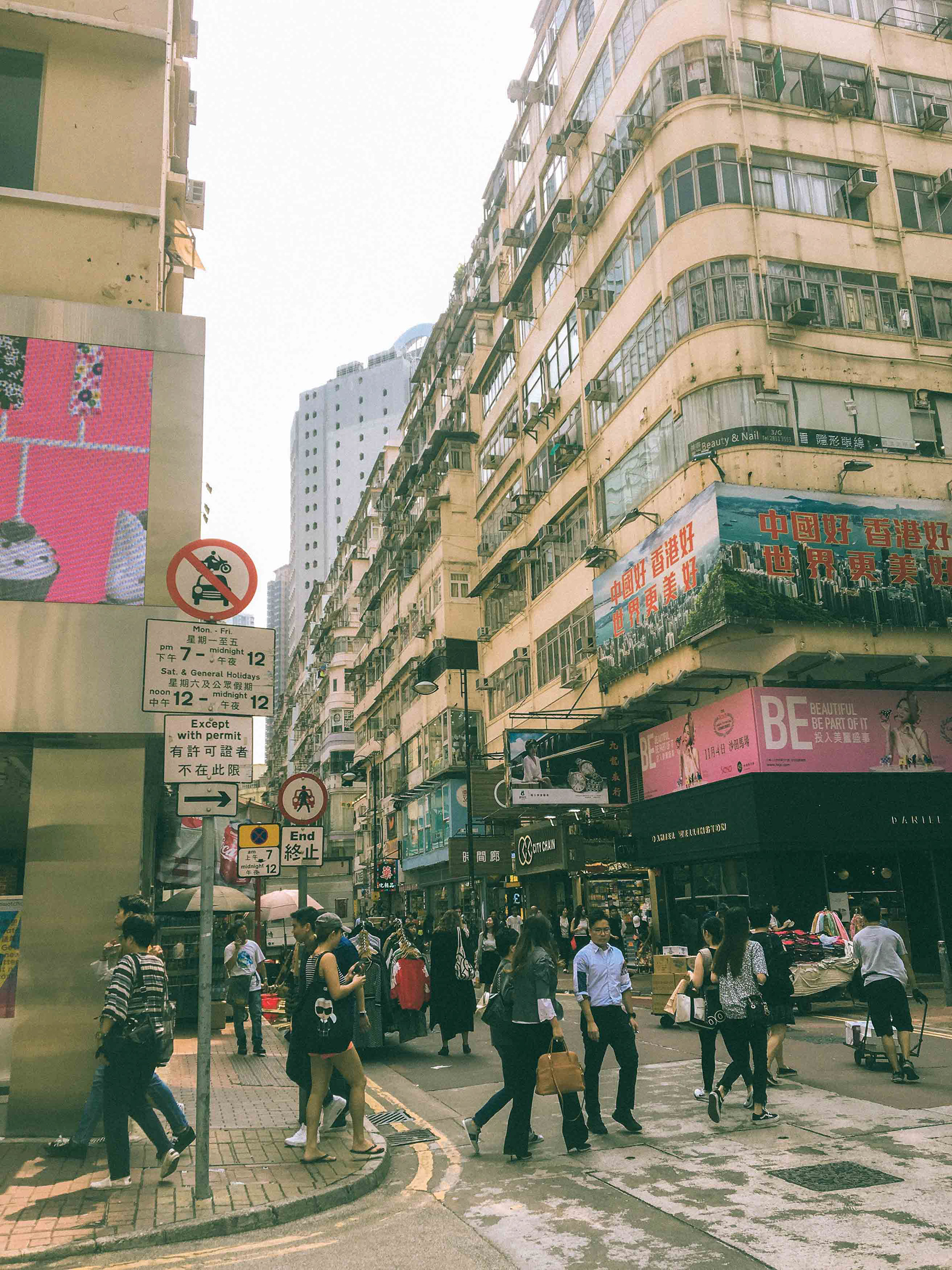 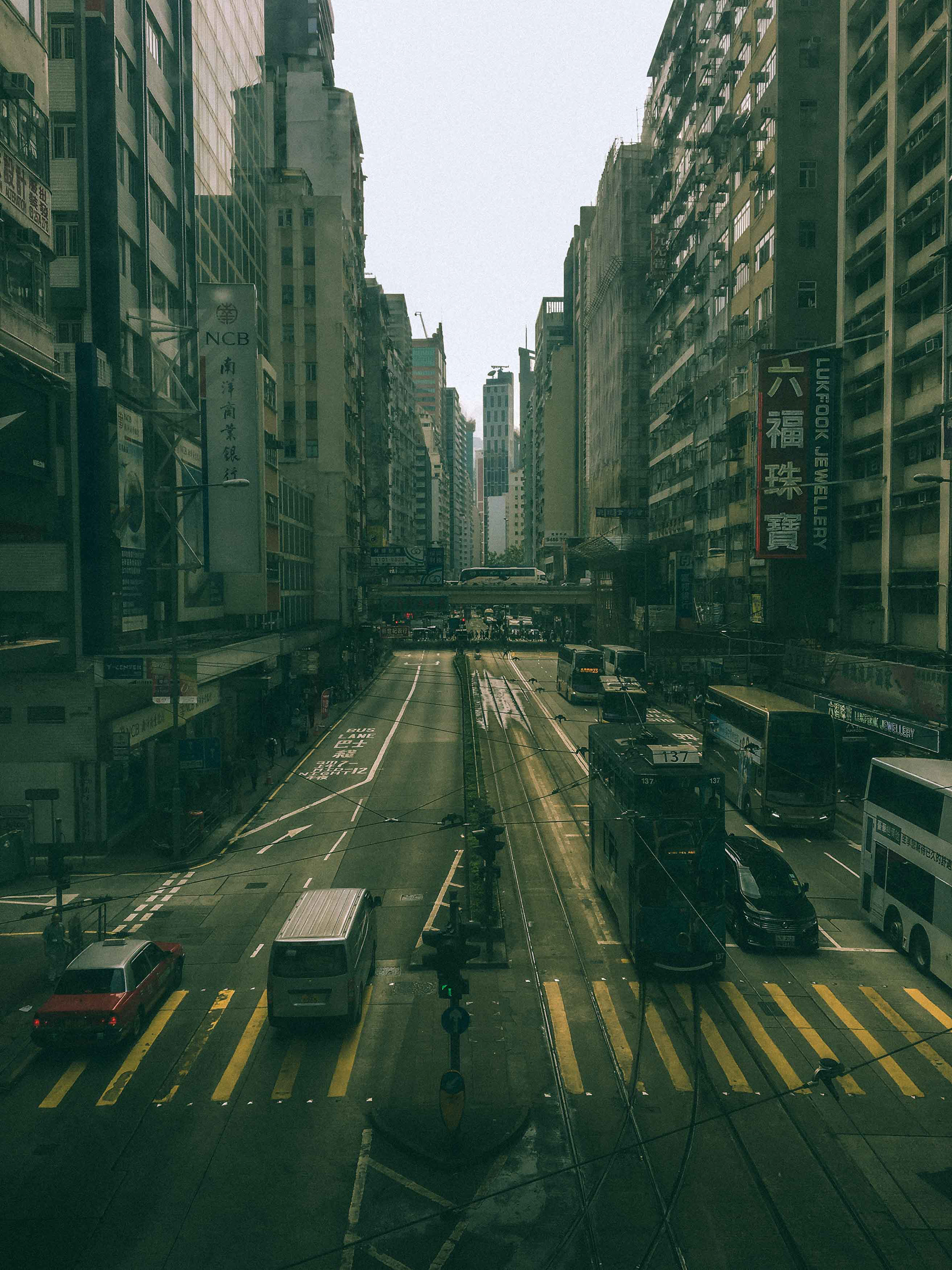 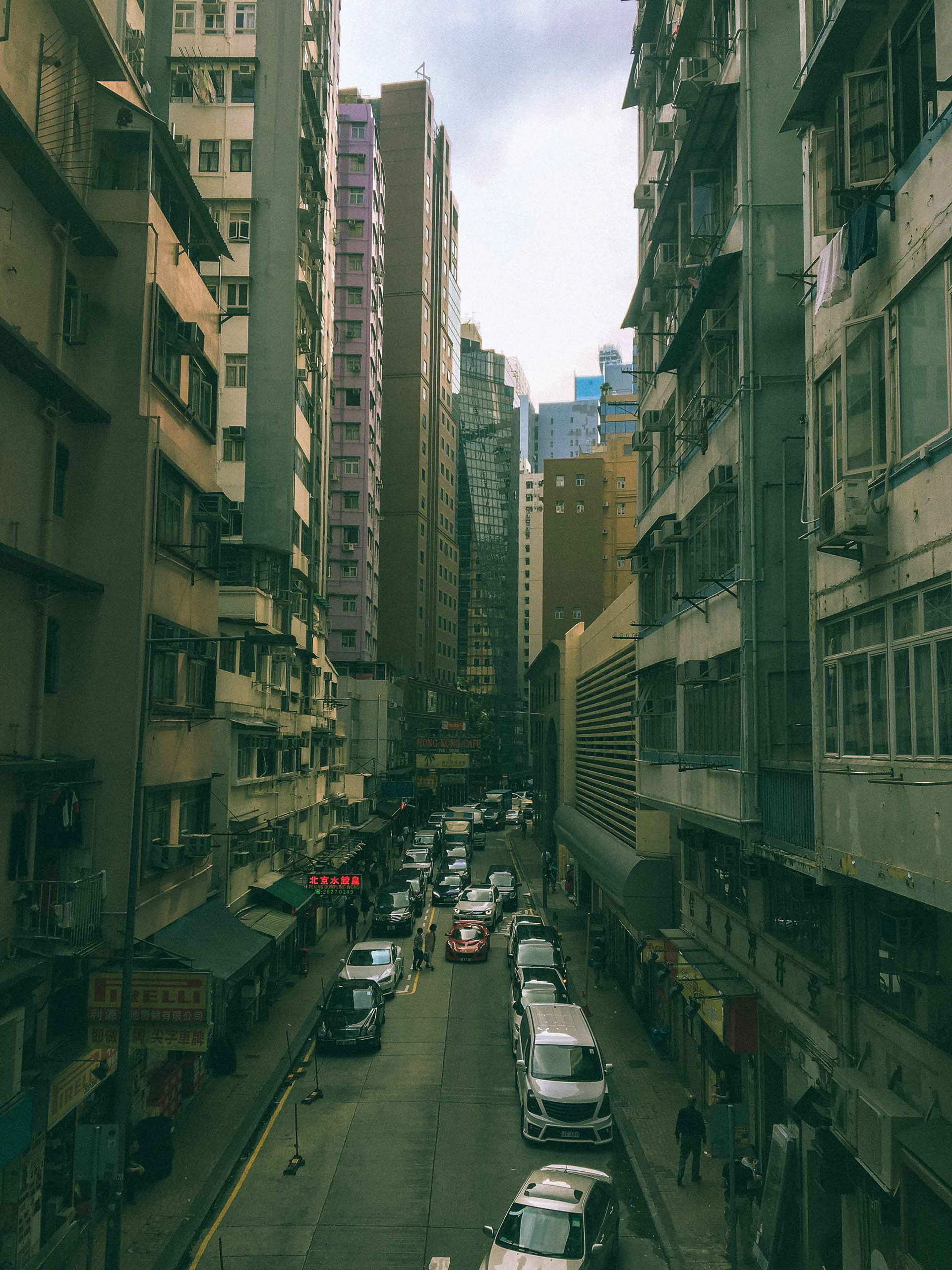 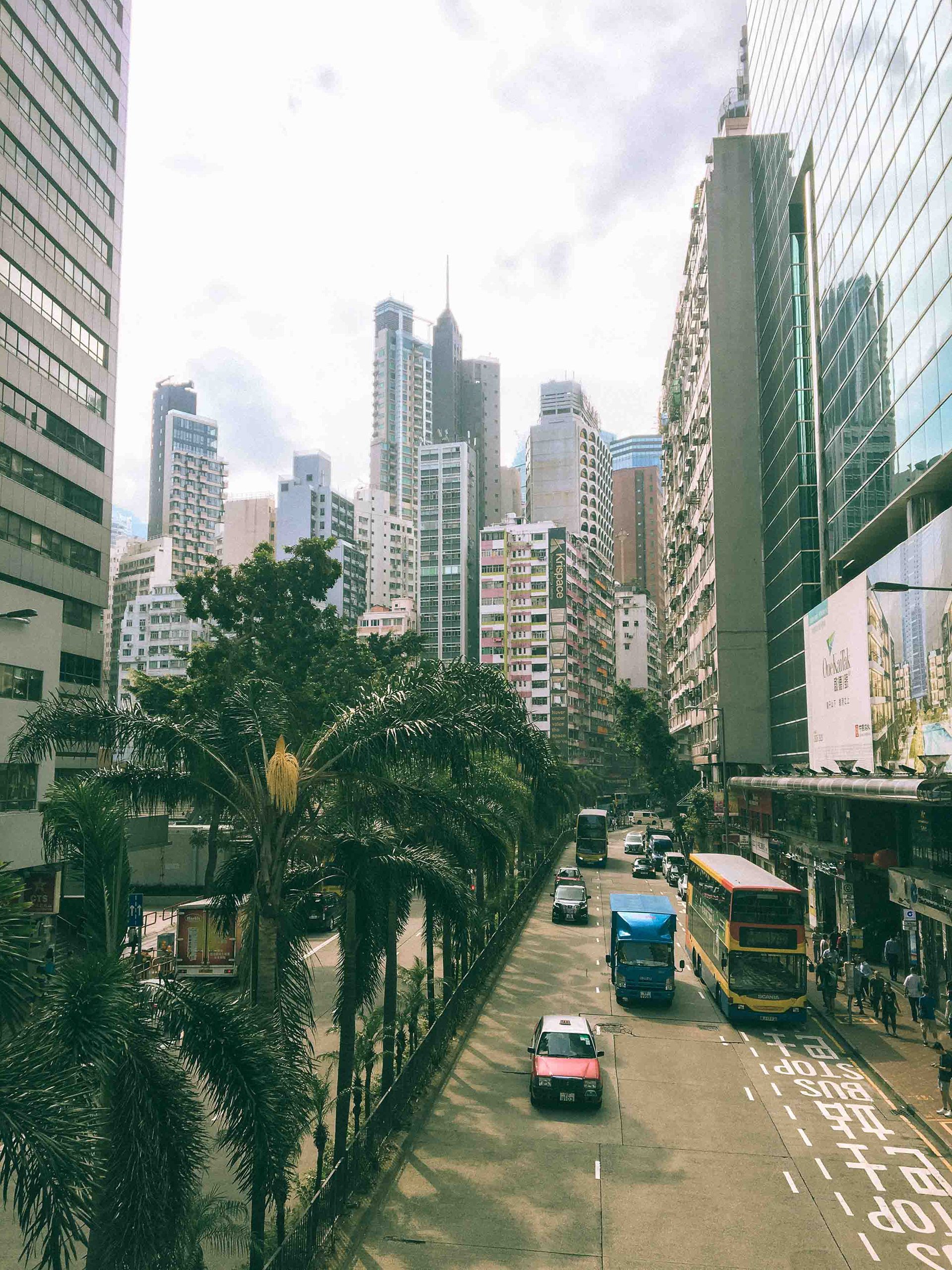 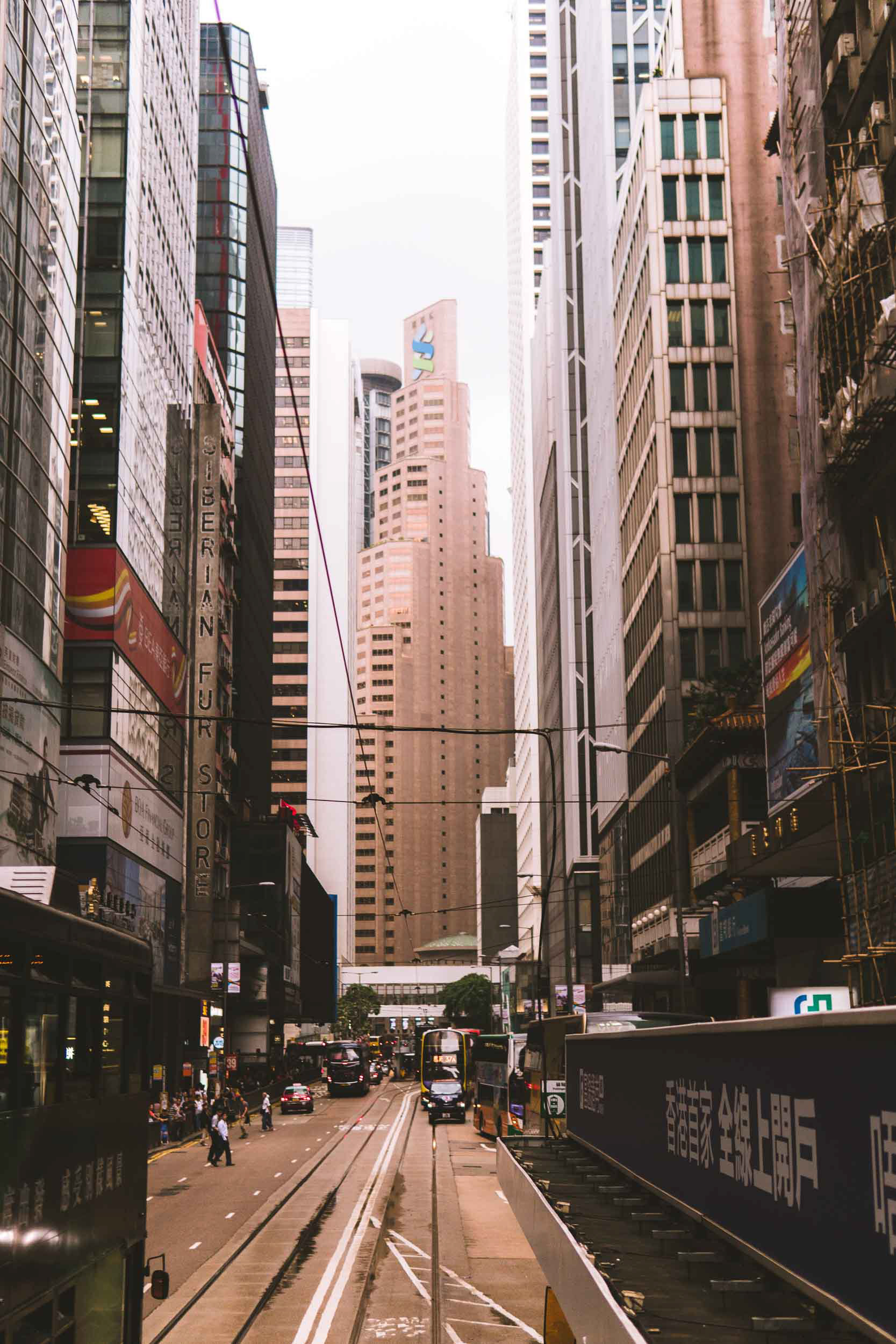 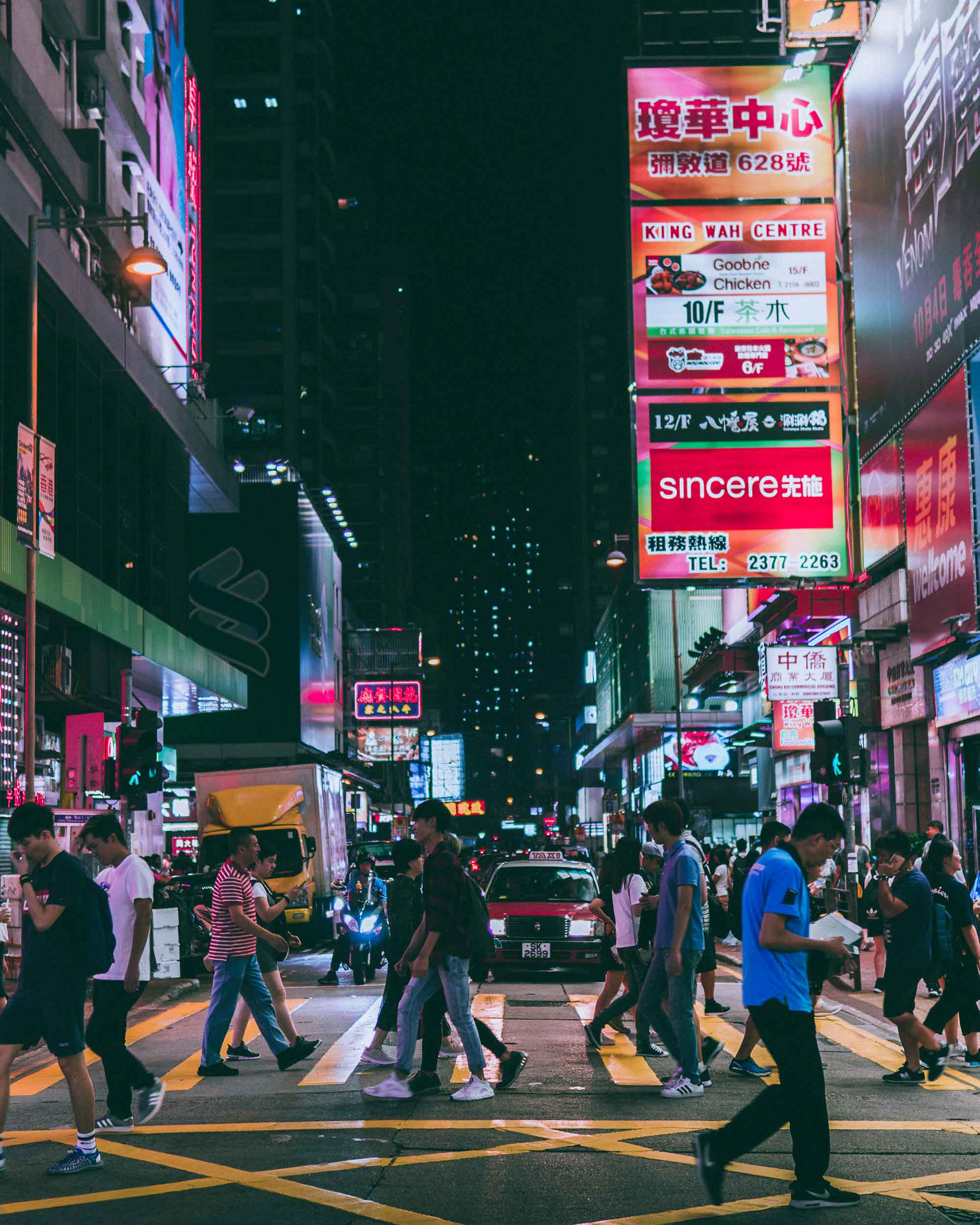 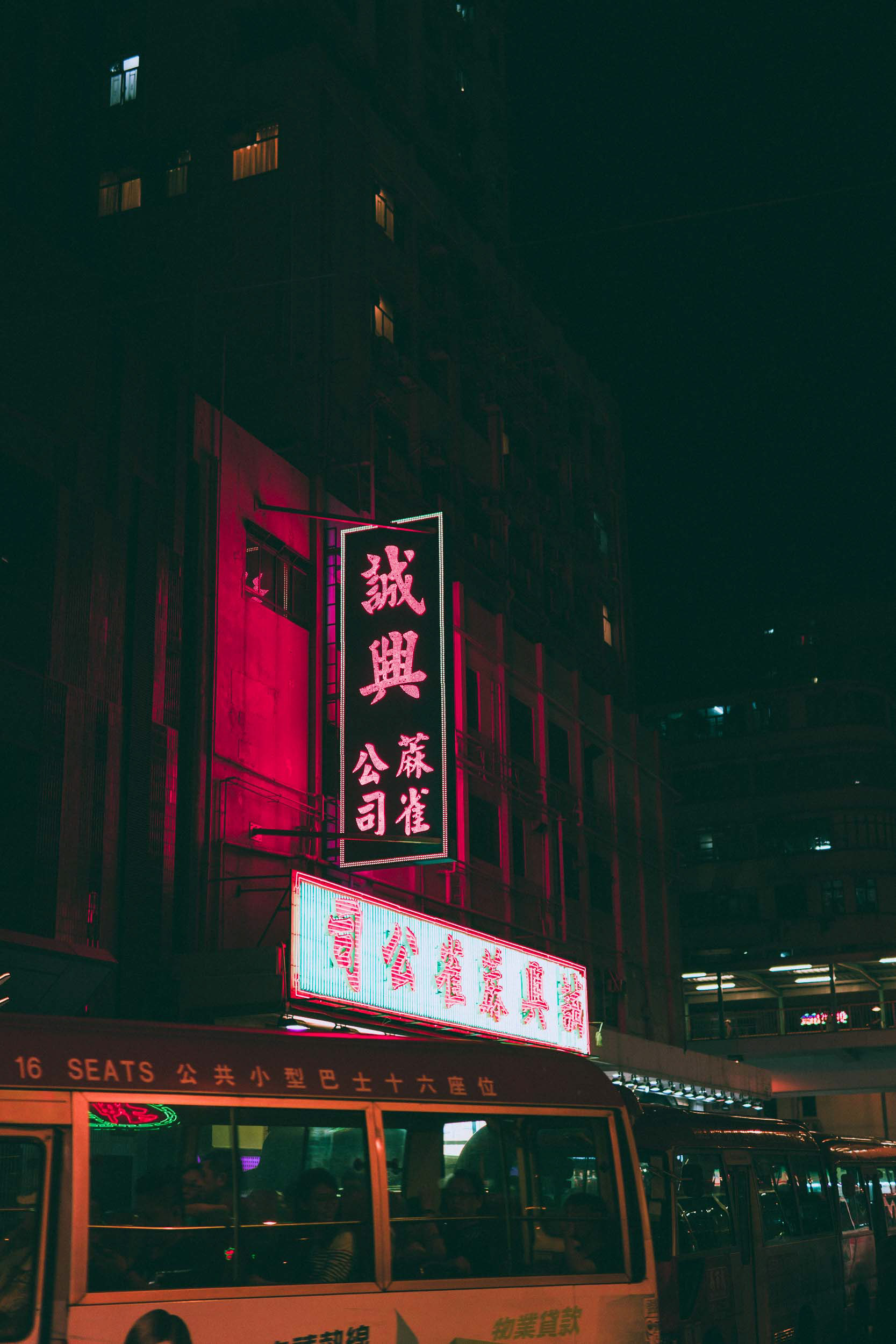 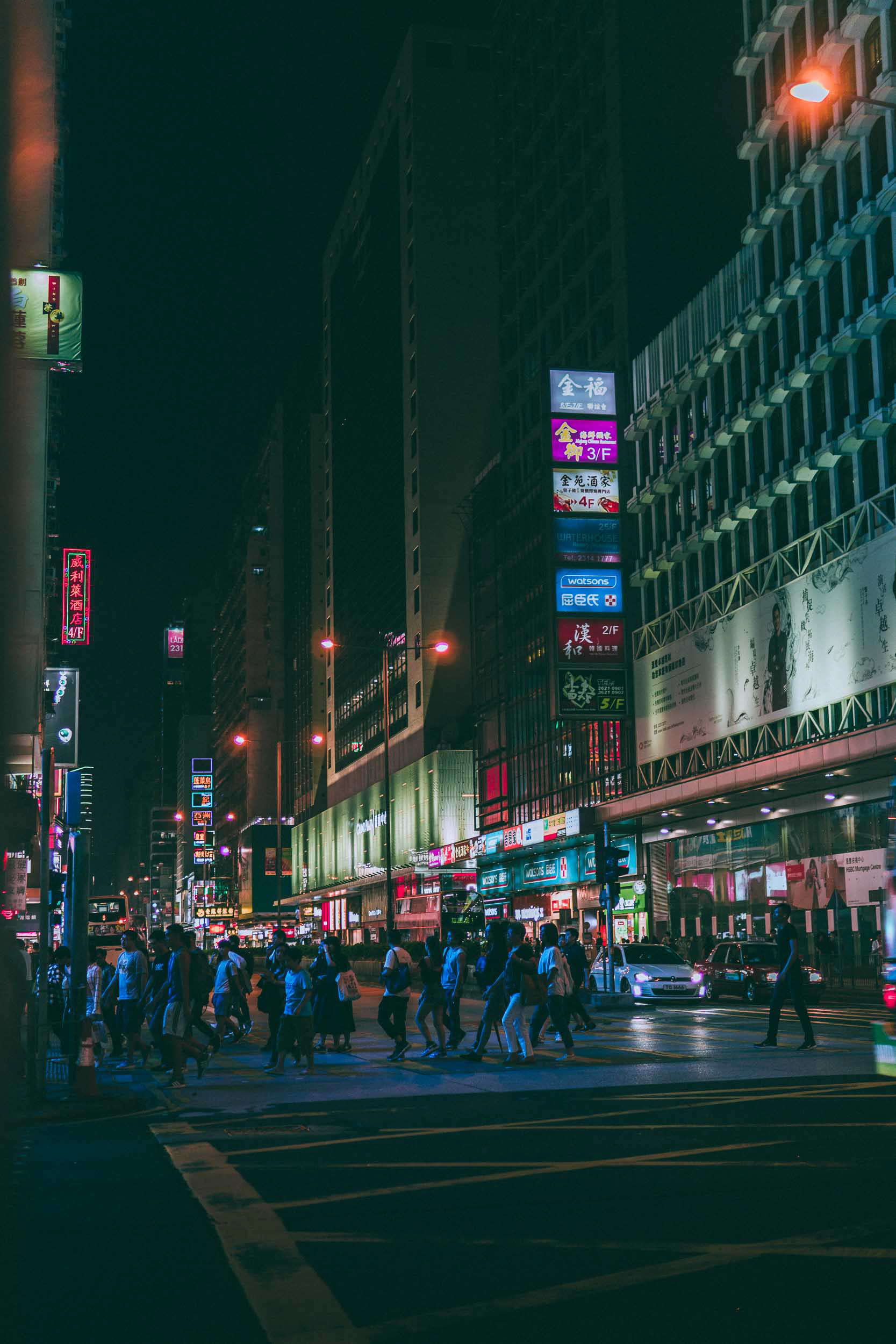 Everything is so densely compacted in tight, tiny spaces that to call it a real estate crisis would be an understatement. But at the same time, there seems to be this mass proliferation of building to support the burgeoning population. There's no square metre that goes unused.
I can see why Hong Kong has such an allure. Melting pot is such a hackneyed term to use, but this Sino-British metropolis is truly the only city of its kind. You're reminded about Hong Kong's colonial past at every turn. With the geopolitical future of this region in the balance, you can only wonder what increased Chinese influence will mean for the people of the city. In the meantime, I'll be planning my next visit back to this cosmoplitan slice of Asia.