FOUR DAYS IN THE NEON CAPITAL

Hong Kong was a special trip, for a number of reasons. Firstly, it was my first trip out of South Korea since arriving here. Secondly, it was a chance for me to see my girlfriend after six months. We planned to spend four days and four nights in the former British colony, from the 6th to the 10th of October.
Friday
The one thing I've come to realise is that staying down in the south of the country does me absolutely no favours for travel. The five hours it takes to get to Seoul (which actually took six because of traffic on this occasion) felt like an absolute slog. And that wasn't just all, from there I still had to catch the metro to the airport, which was another hour and a half away – at around 10.30pm on a Friday night. Allow me this moment to rant about how tiresome travel can be, because when you’re lugging around a duffel and camera bag it gets real tiring, real quick.
Eight hours later and I'd eventually found my way to Incheon Airport. This was my first time back at the airport since arriving six months ago. The airport itself is quite easy to get to via metro, and everything is very clearly marked out.
My plan was to find an airport lounge and catch some shut-eye before waking up in the dead of night to check in. Clownishly, I'd forgotten that most airport lounges only operate AFTER you've checked in, meaning that I was stuck in limbo until the airline desks opened for check in. This meant finding a bench and using my duffel bag as a pillow – more of an inconvenience than anything else.
Saturday
I slept for a good deal of the 3.5 hour flight to Hong Kong. HKG airport is scenic by most standards, located on reclaimed land to the east of the mainland and island. Flying HK Express was mostly hassle-free, from both my flights to and from Hong Kong they seem like a pretty good LCC with no frills value. I'd consider flying them again.
Once in Hong Kong, I met Nabila at the arrivals floor and we whiled away time at the airport Starbucks before catching our bus A21 to Tsim Sha Tsui, where we'd be staying.
I cannot emphasize the beauty of the Hong Kong public transport system enough. Sure, most first-world cities have multiple modes of transport, but HK has both bus and express metro routes which run to and from the airport. We decided on taking the bus – even though it was longer than the metro, we weren't in any rush, and the bus stop was closer to our accommodation.
We got to Tsim Sha Tsui at around 12pm, checked in and went to walk around in search of sustenance. Trusty McDonalds seemed like the perfect meal after almost 24 hours of being in transit. Later that evening, we discovered an outstanding Indian restaurant within the TST locale. October seems like the perfect month to visit Hong Kong. It's escaped the throes of the typhoon season, but hasn't yet been captured by the grips of an icy winter. The weather on our trip varied between sunny and cloudy, but never with torrential rain or uncomfortable heat.
This is my first chance to truly take in the energy of the city.
Sure, bright lights abound and the constant flow of people makes me feel lowkey claustrophobic. But the one thing I'm fascinated by is the make-up of the city, or at the very least the Kowloon district. I'll be upfront here, the only other major Asian city that I've really immersed myself in is Seoul (and perhaps to a lesser extent, Busan). But in contrast to Hong Kong, those South Korean cities feel… sanitized. Whereas – like most of the buildings that can be found in this city – Hong Kong seems to be crumbling under the heaving mass of people it supports. Dystopian, in a sense, but fascinating to watch play out. 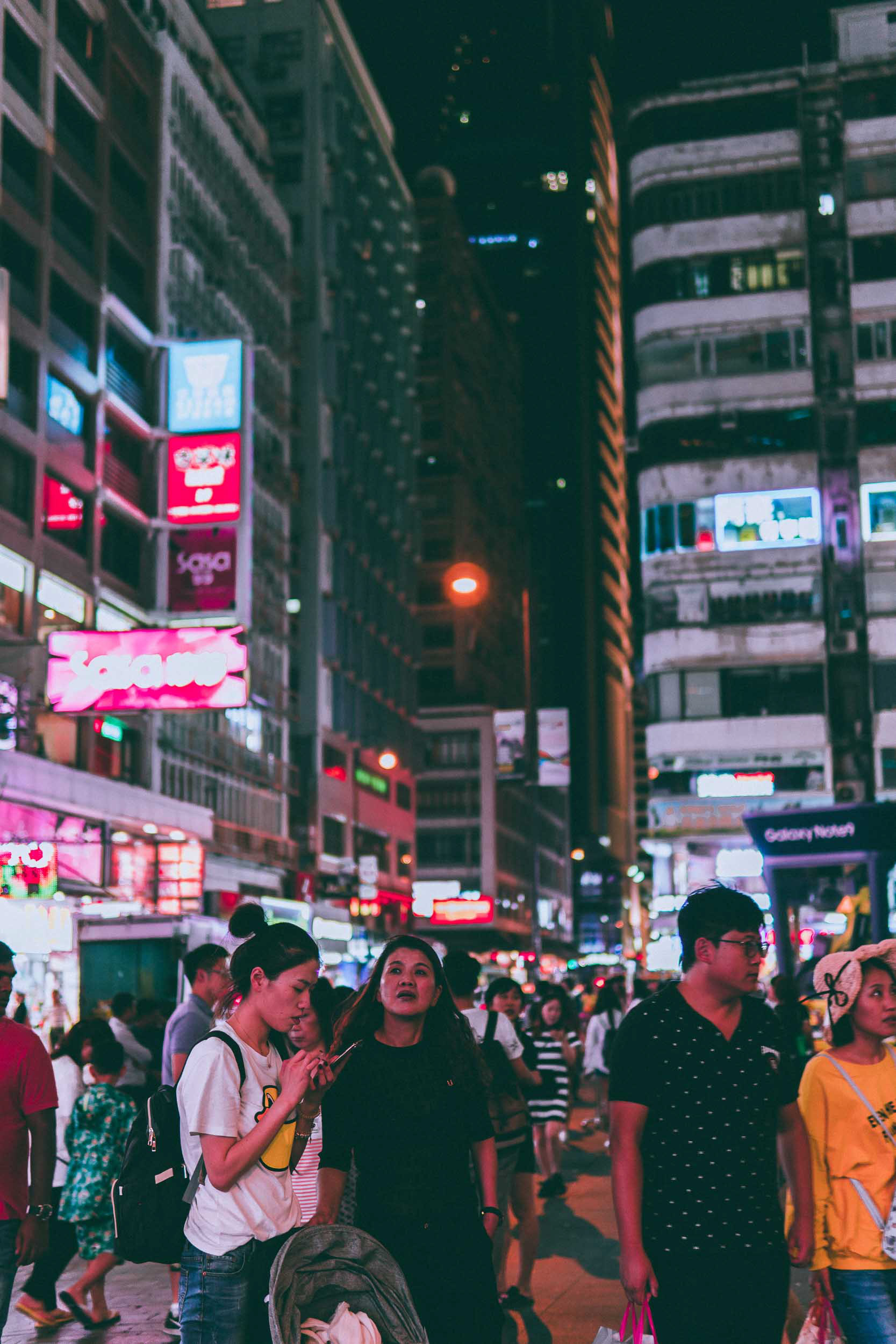 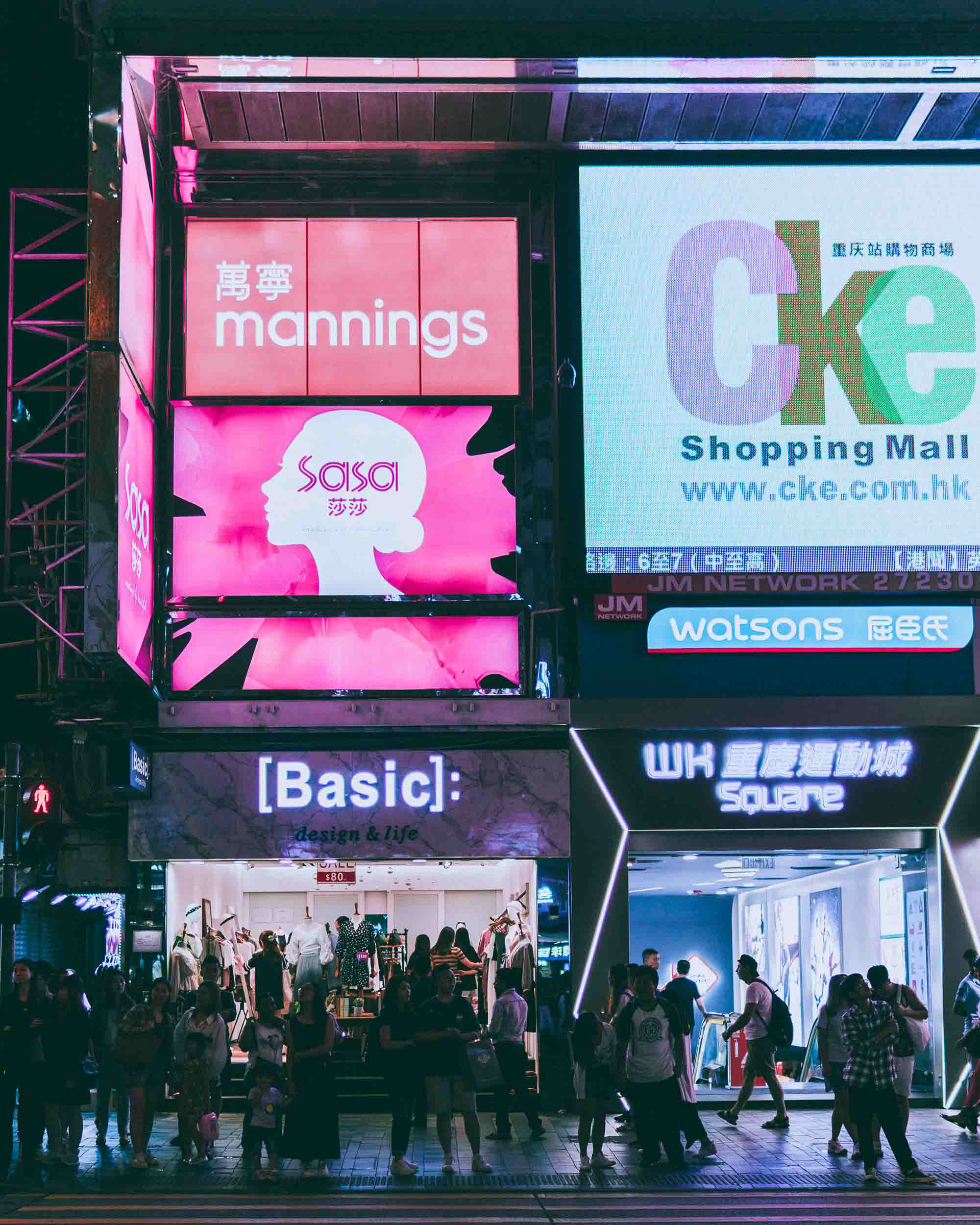 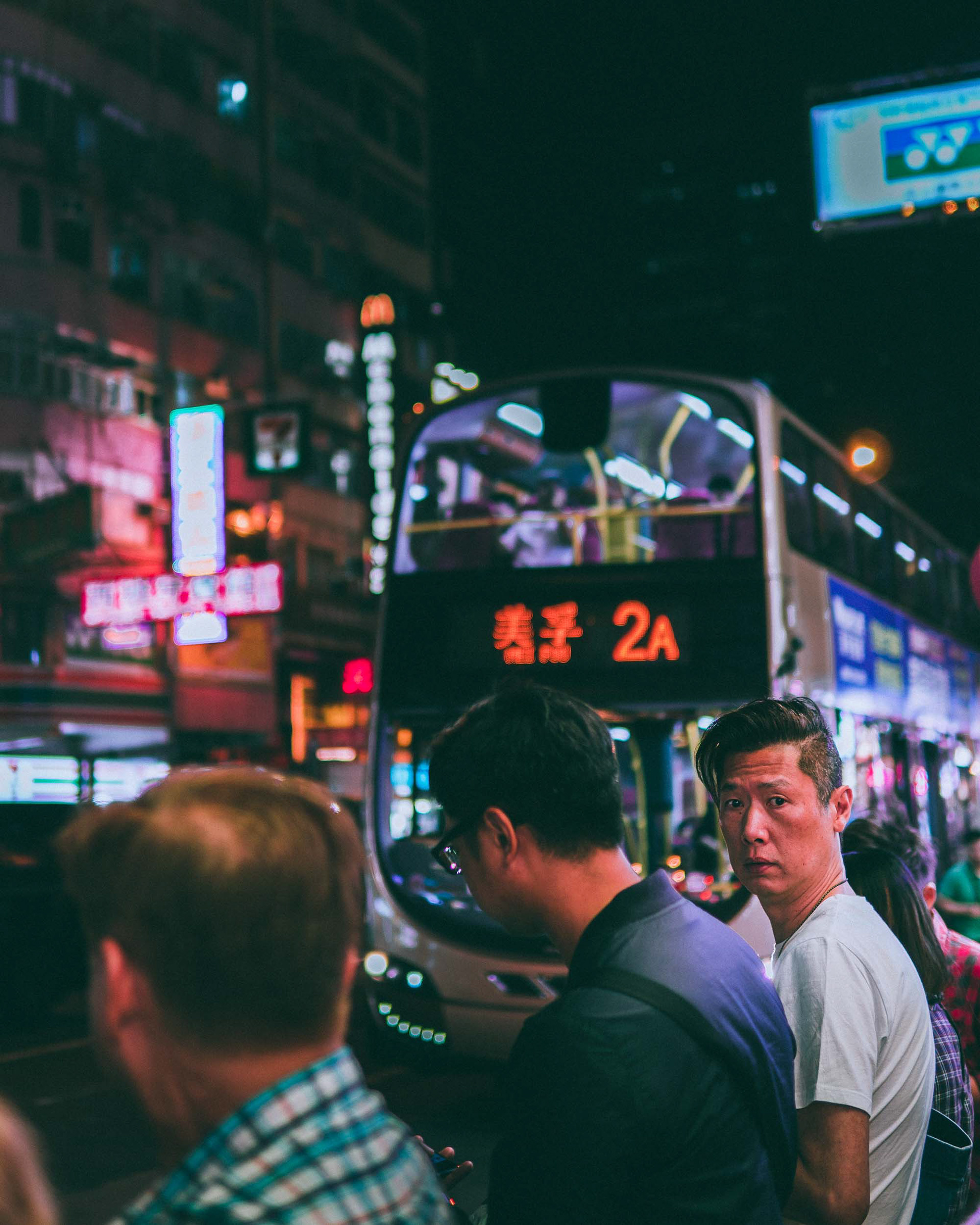 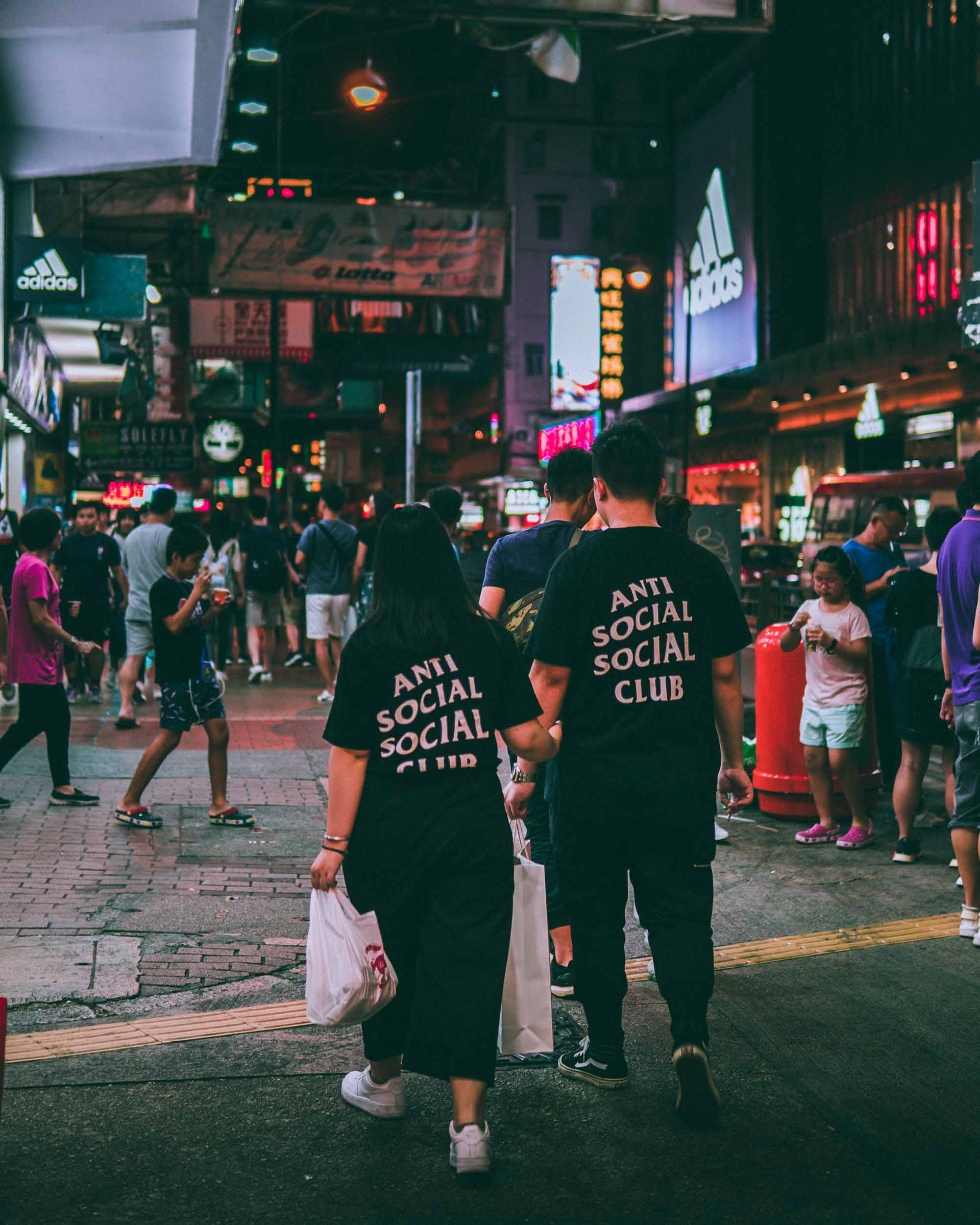 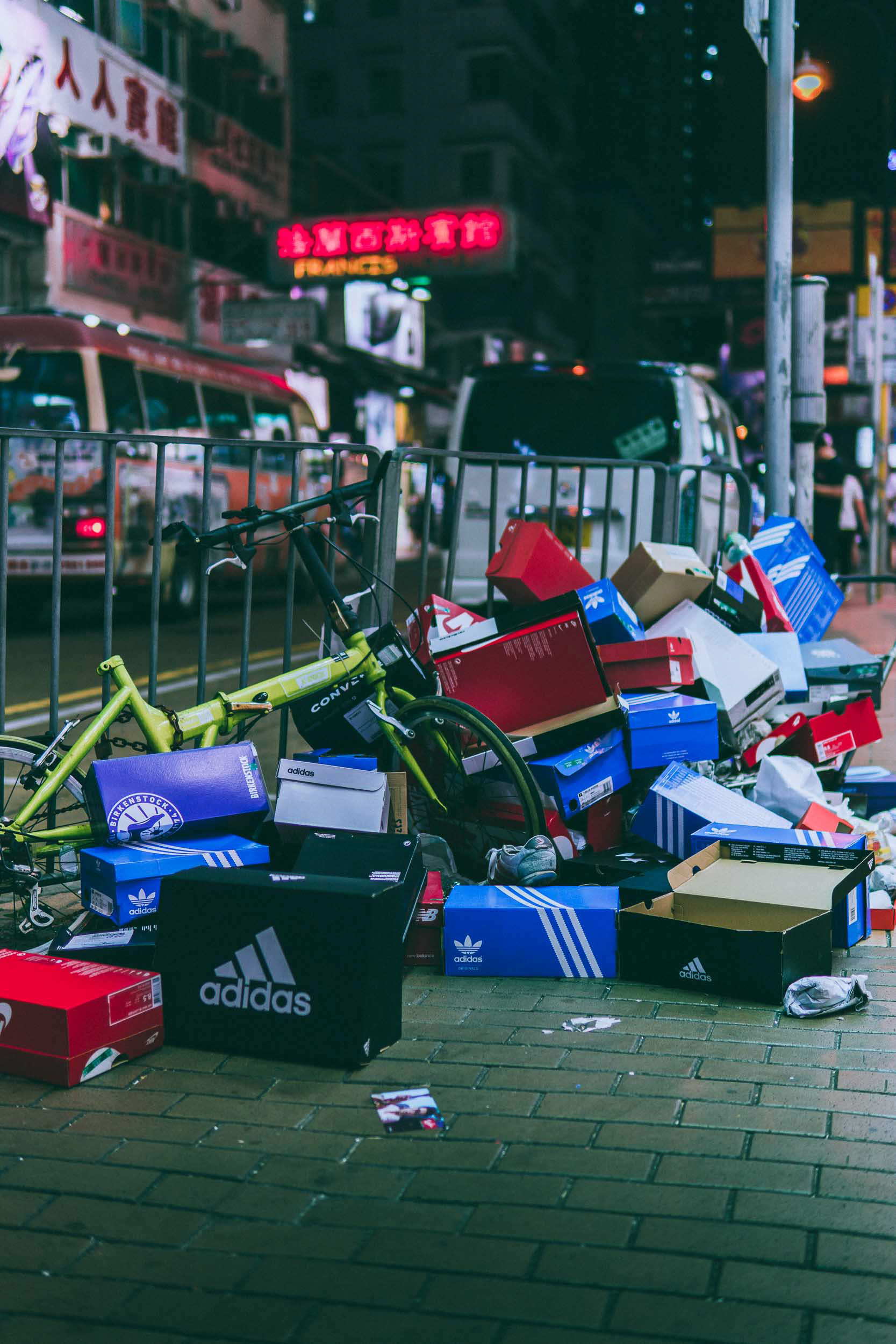 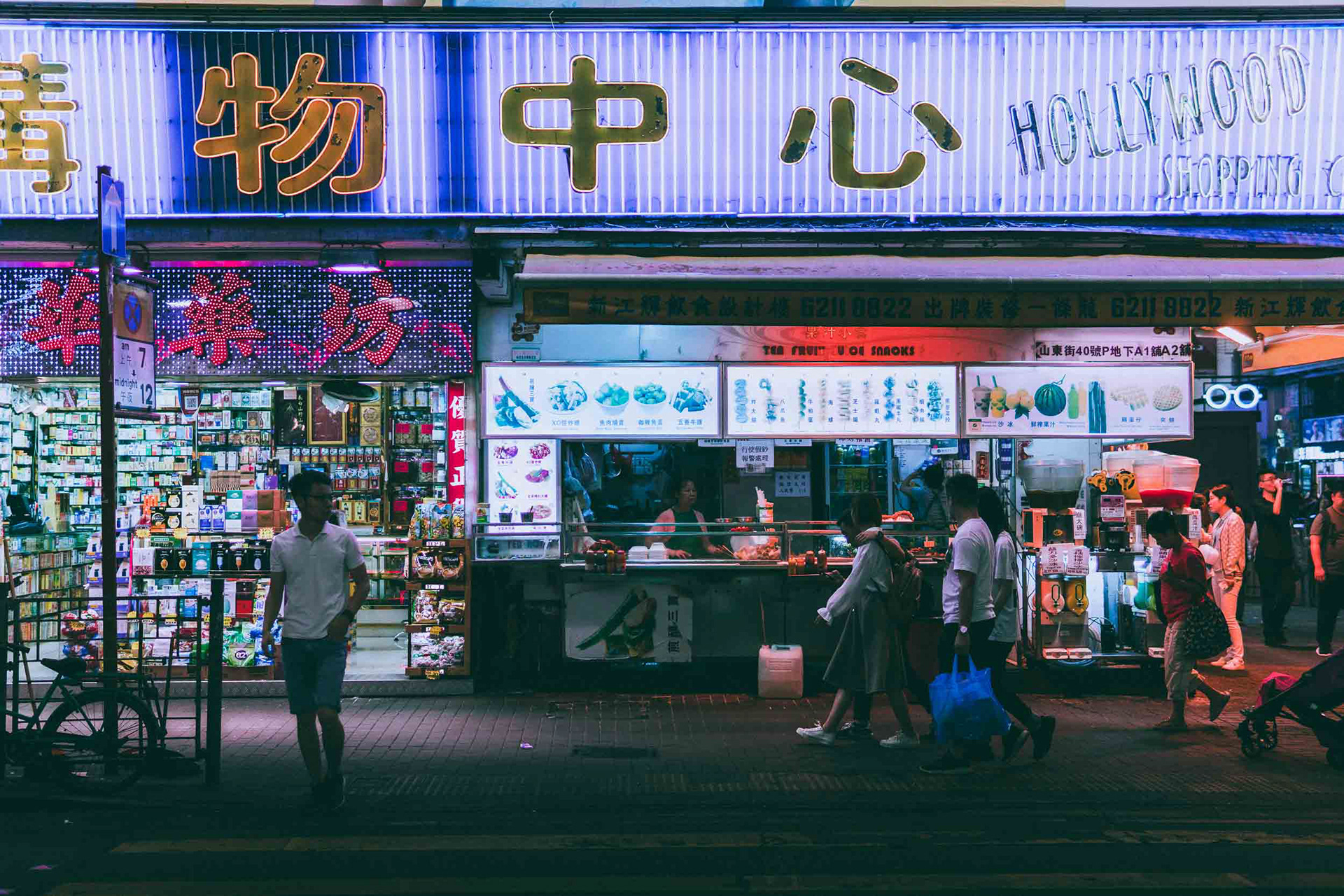 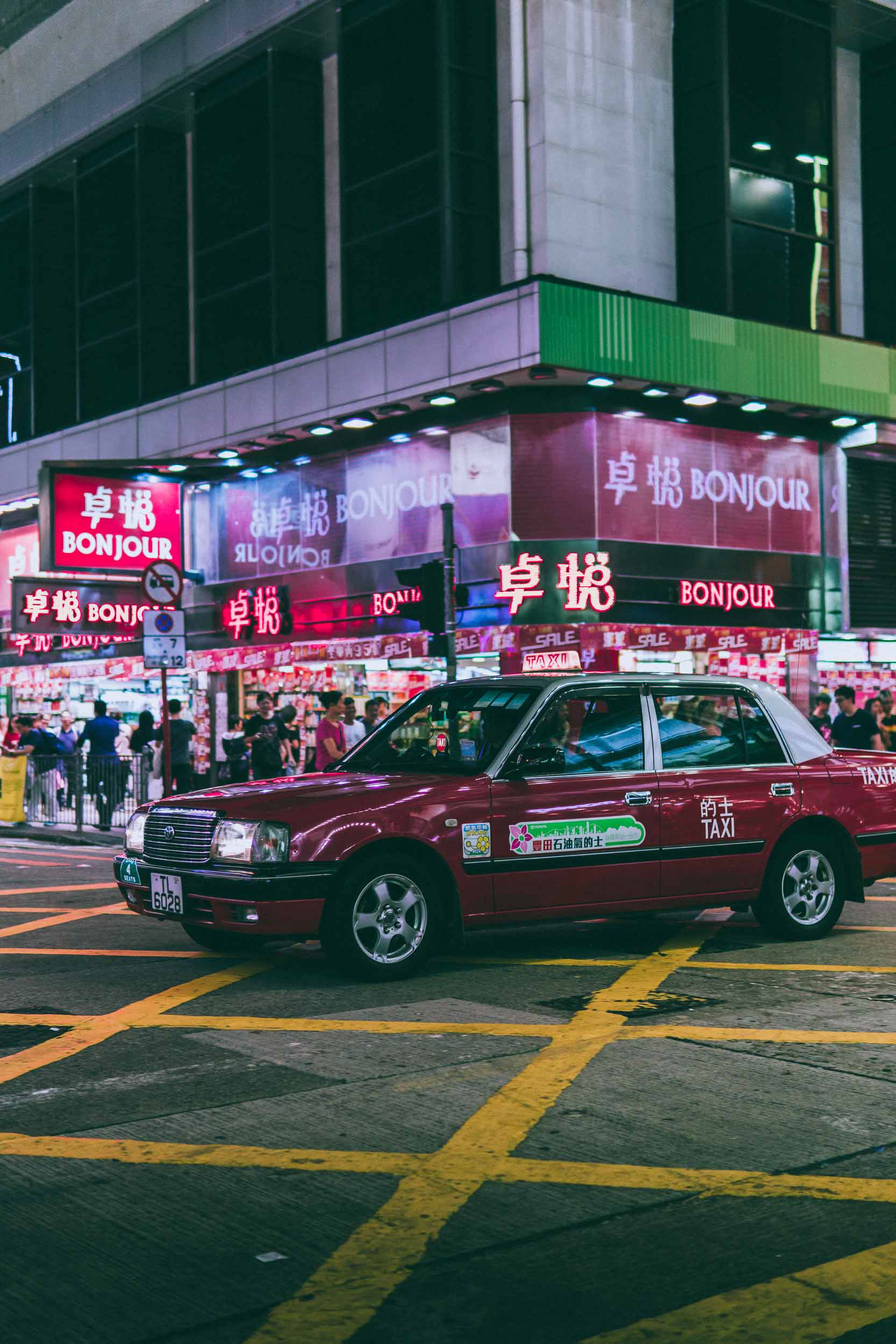 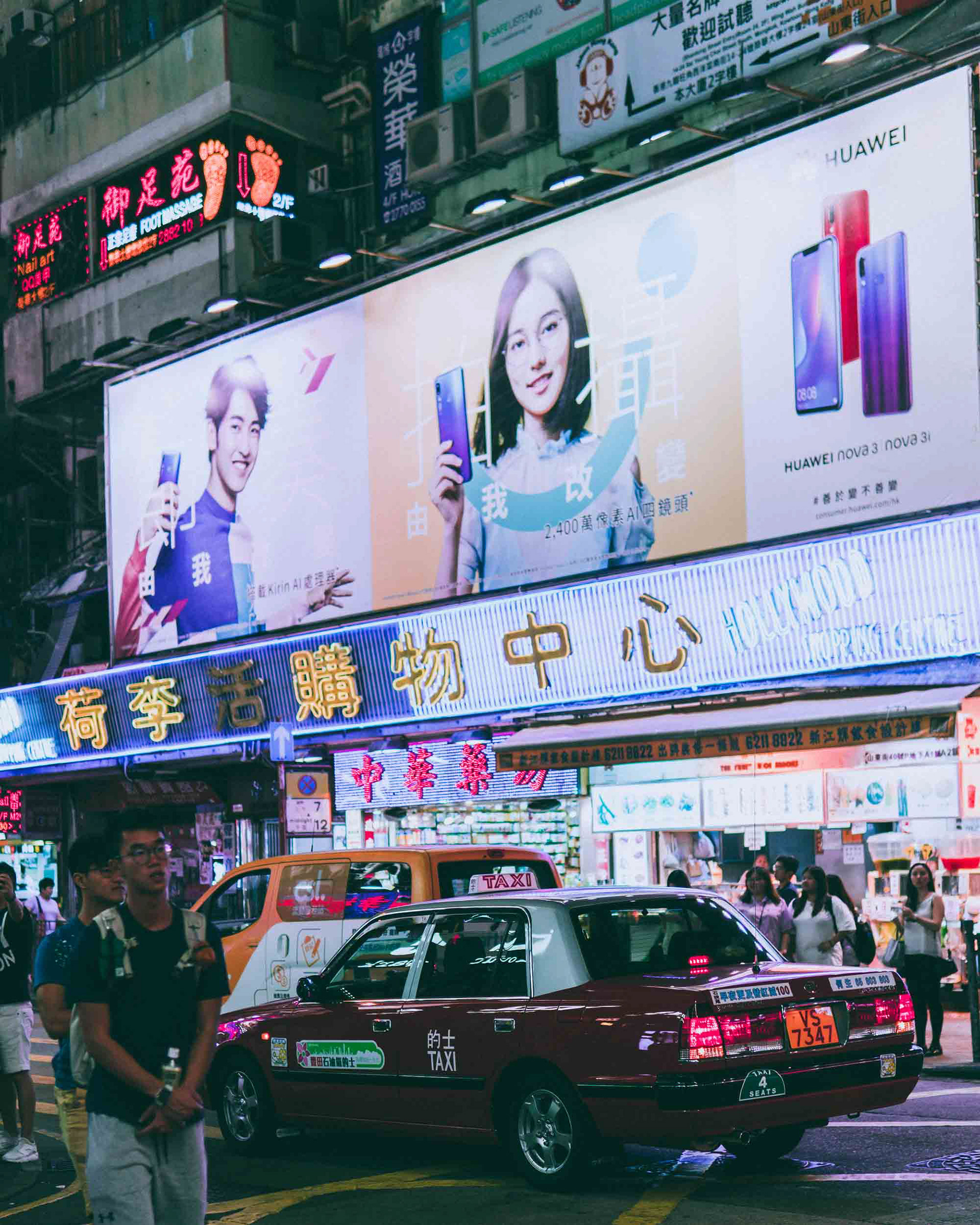 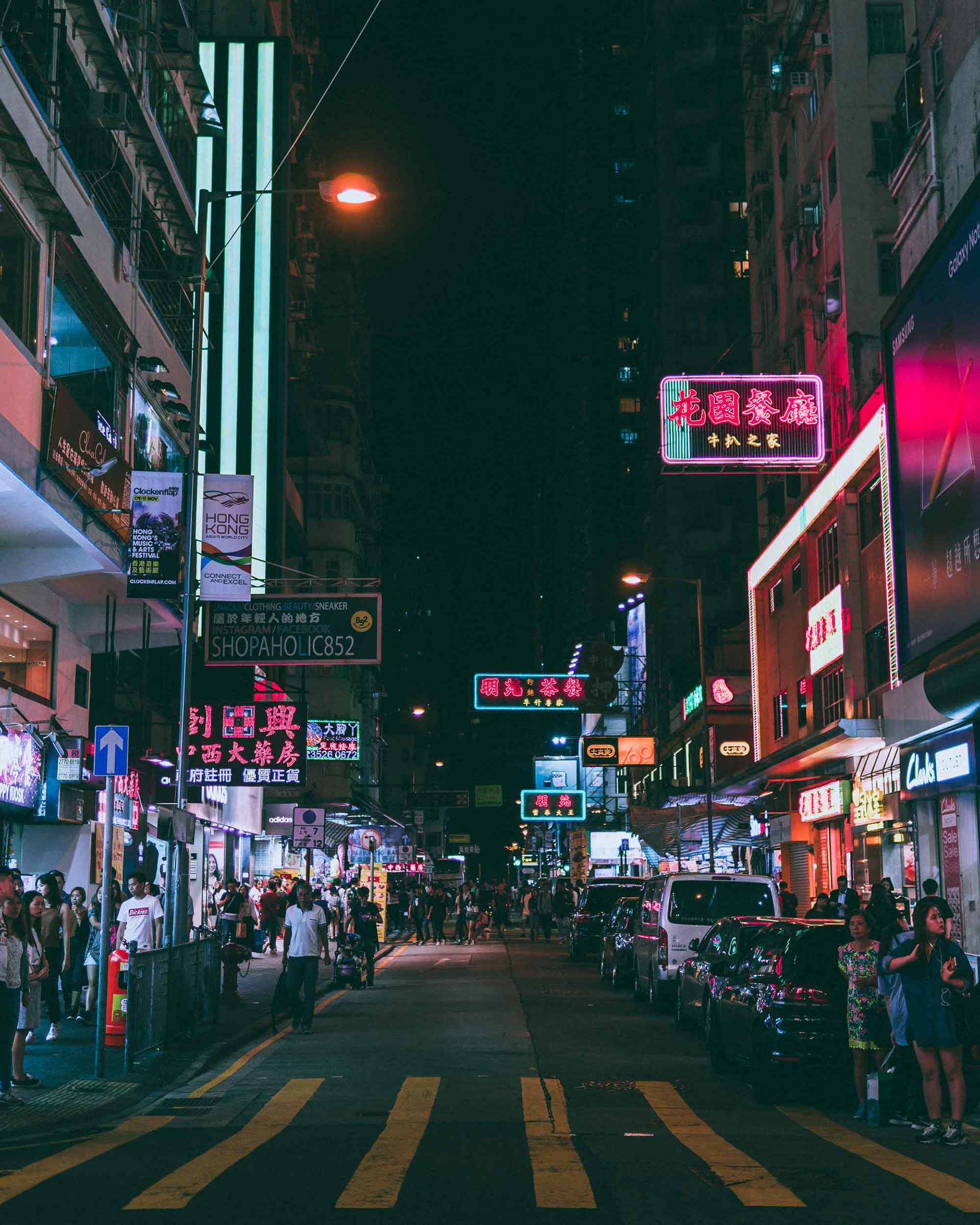 Sunday
The next day sees us grab some coffee at the local Starbucks, then catch a metro to the Central district where we explore the famed Mid-level Escalators which lead up to the higher points on the west of Hong Kong island. The immediate feeling you get from jumping from mainland to island is that the island is far more work, and less play. Central is definitely more polished than parts of Kowloon, but when we jump on a tram heading towards Wan Chai and Causeway Bay, we come across buildings that are in as much need of repair as those in Kowloon. 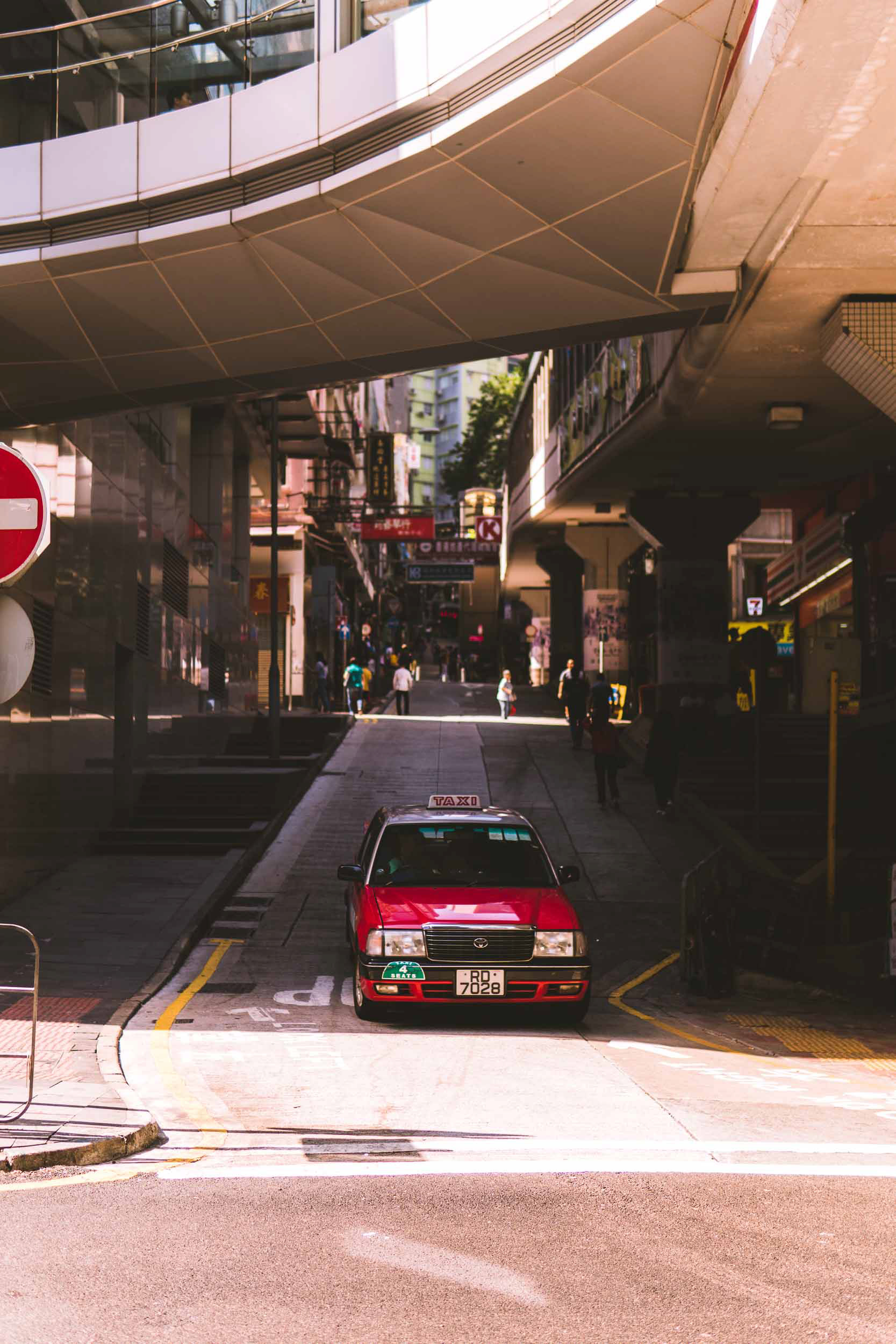 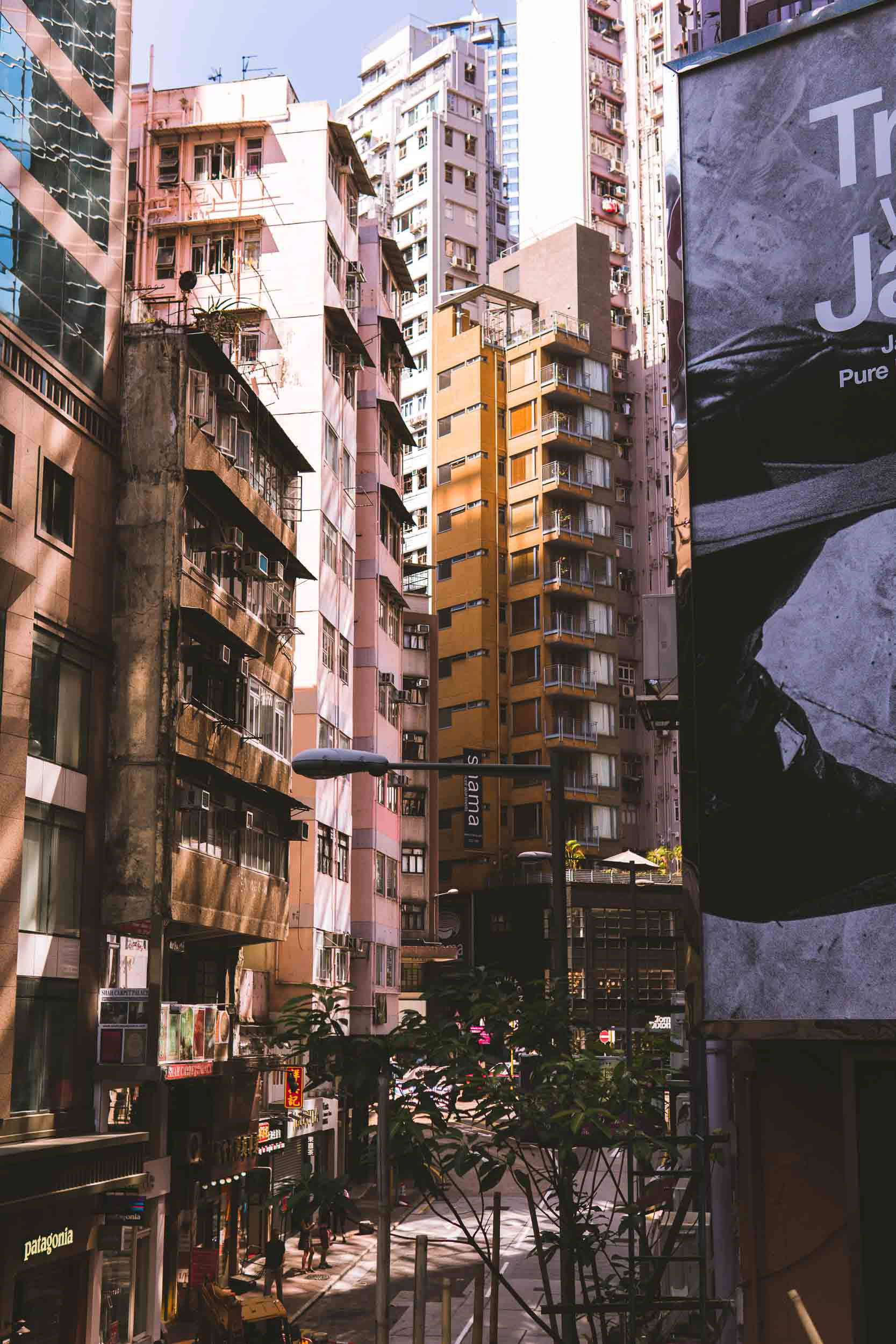 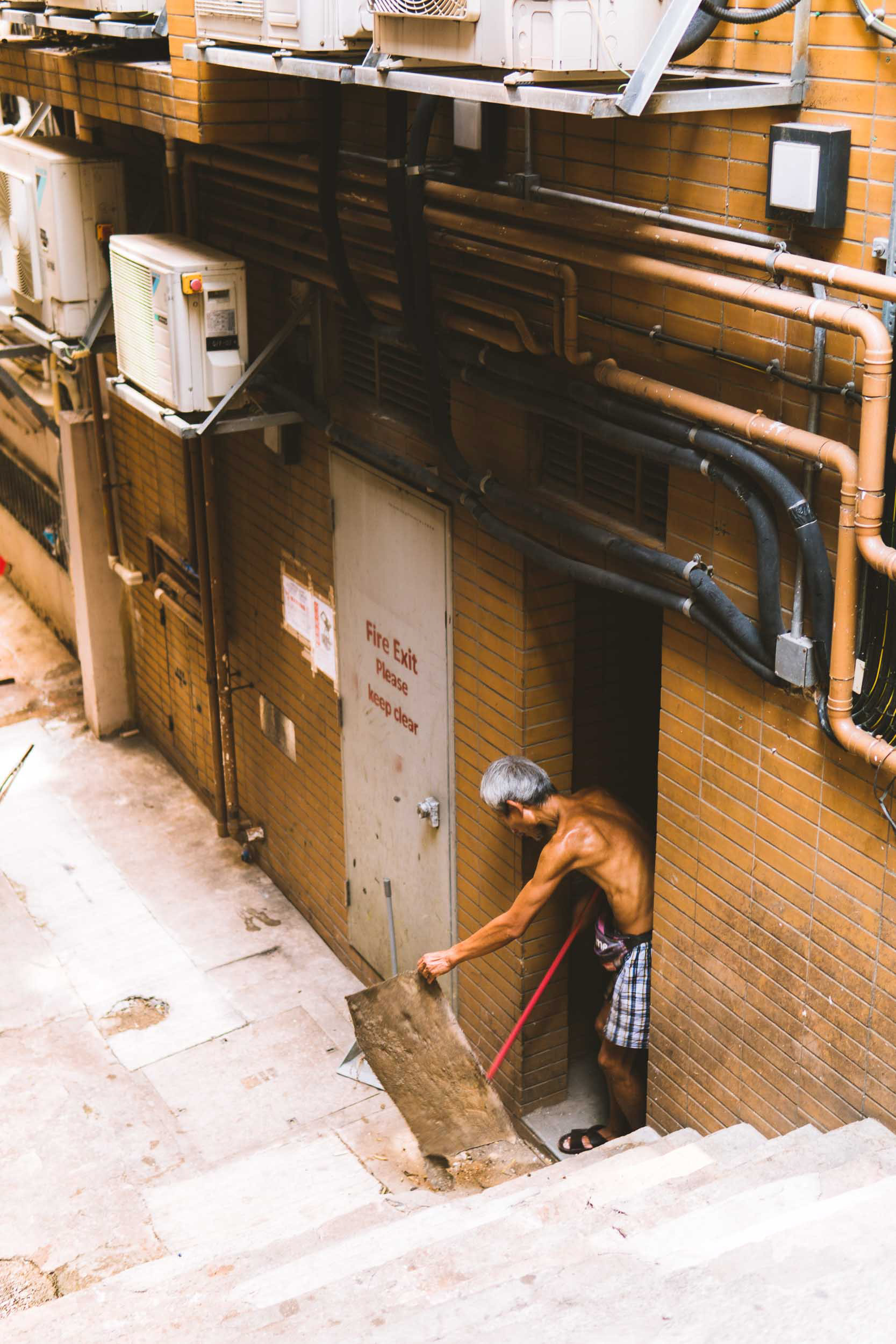 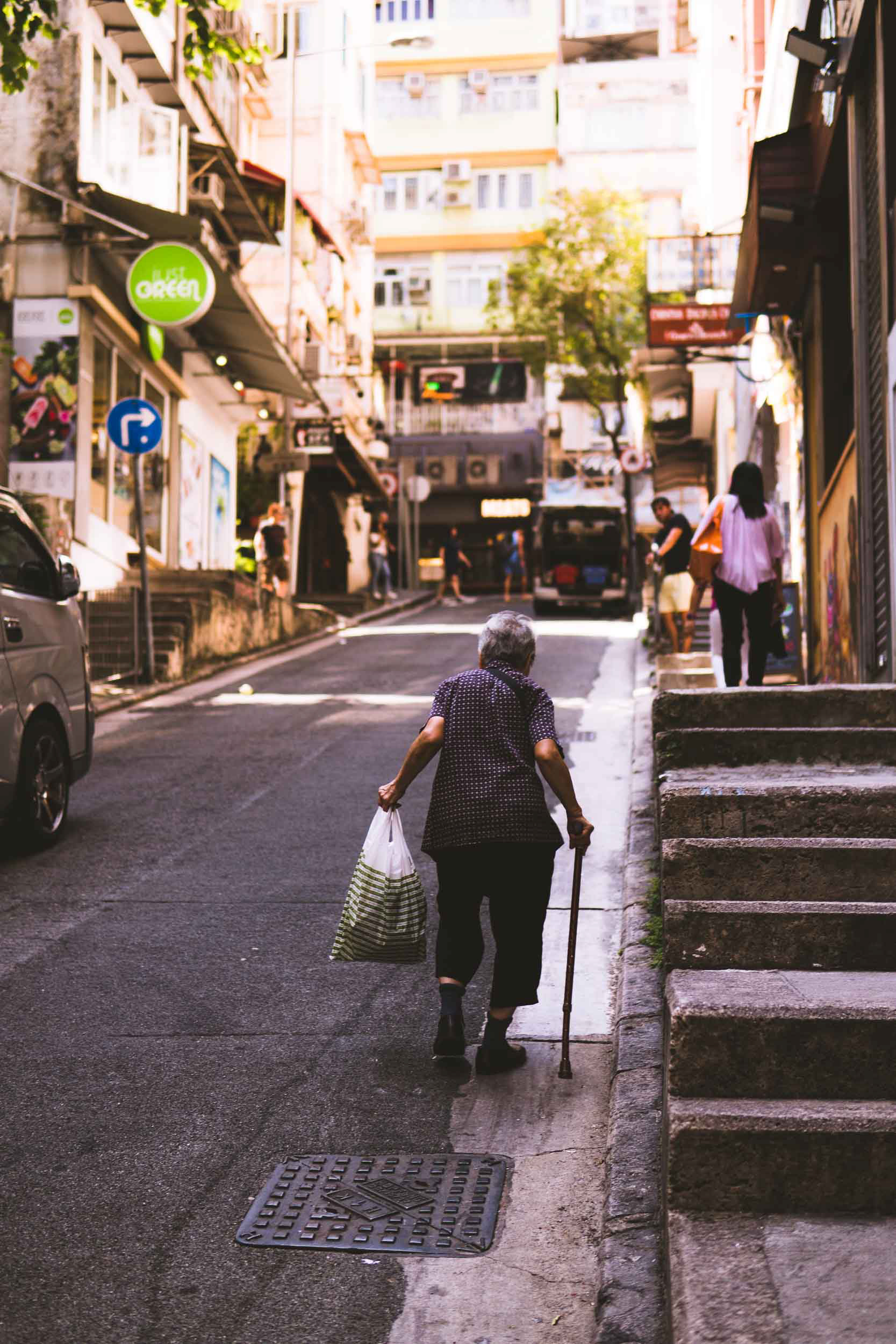 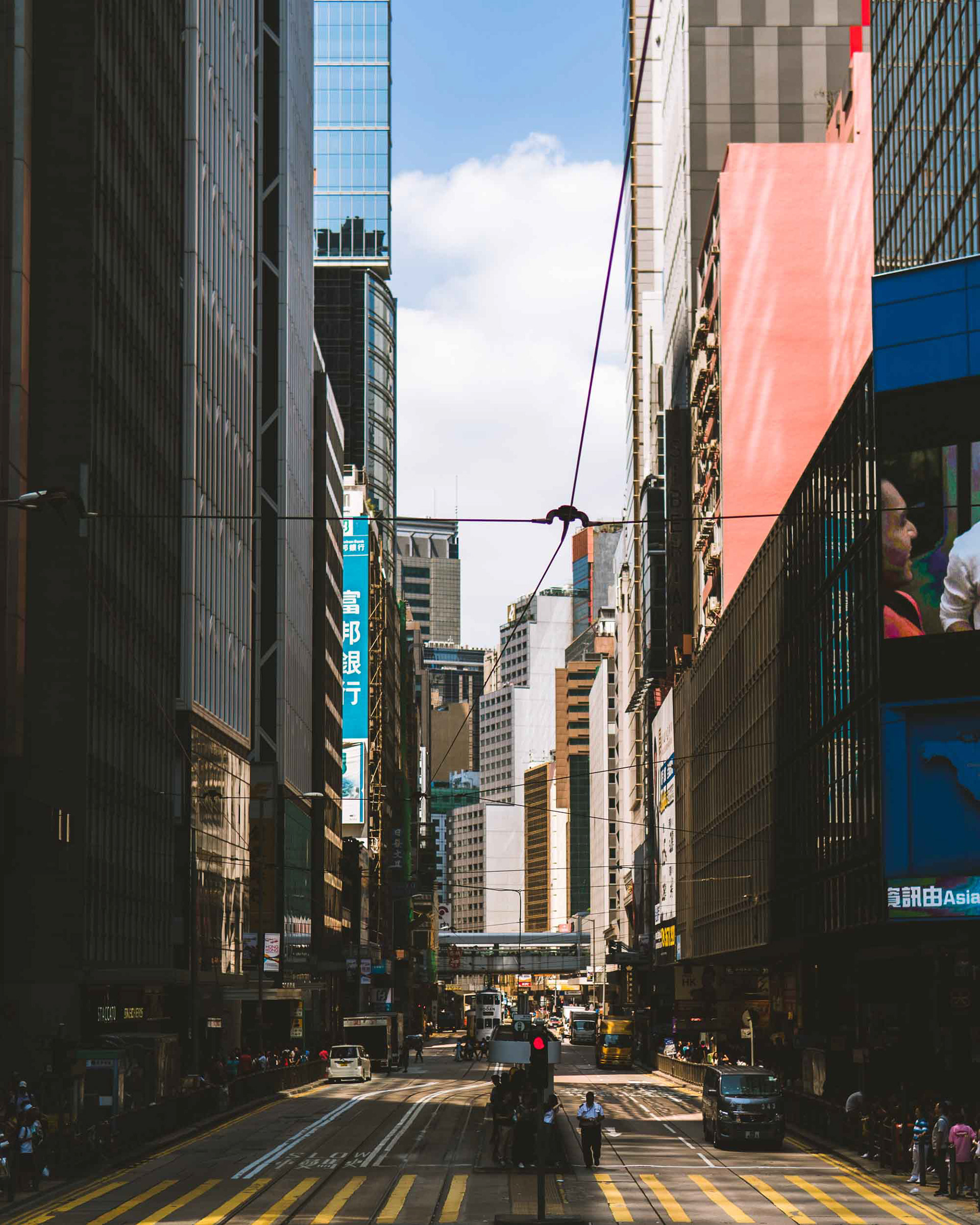 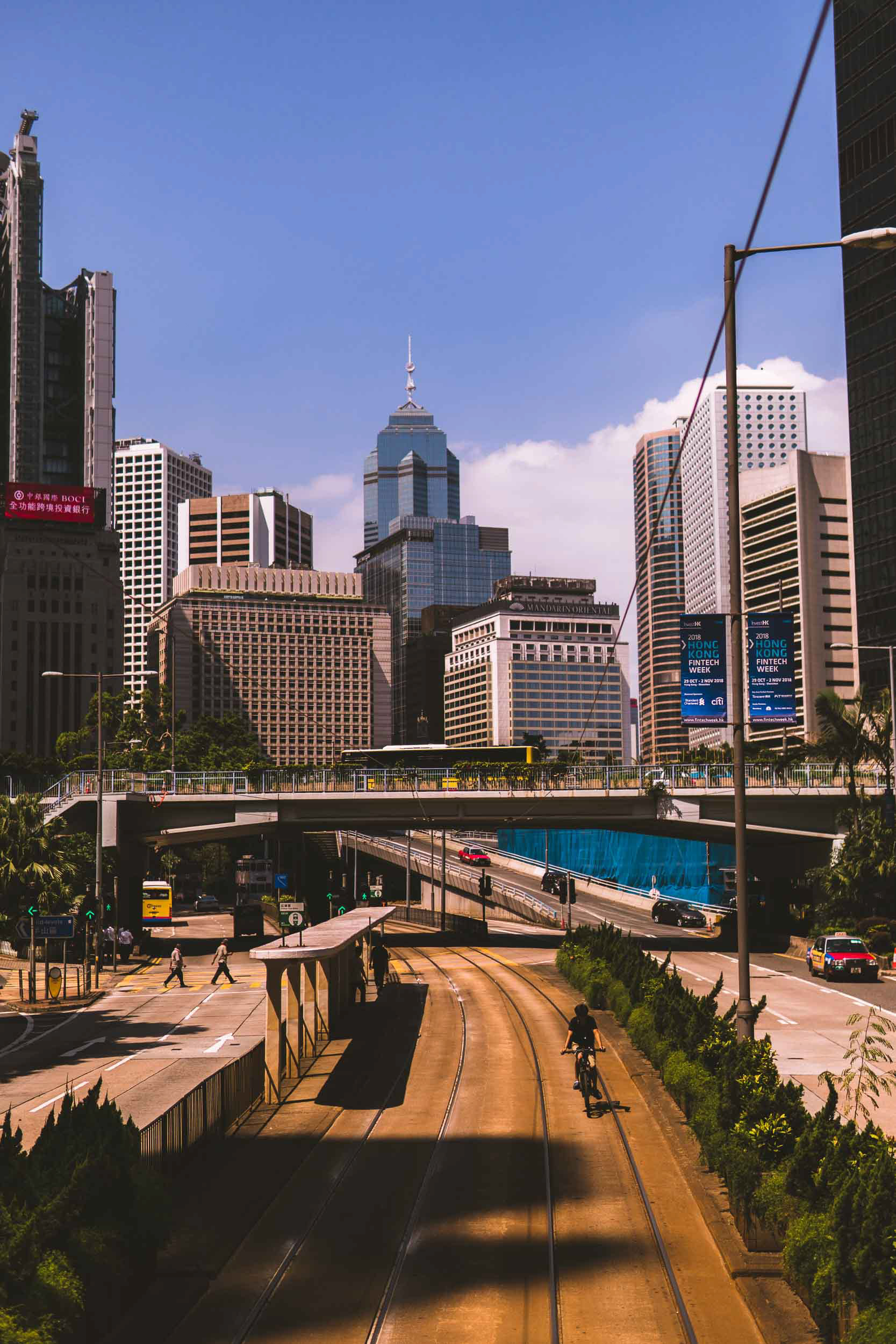 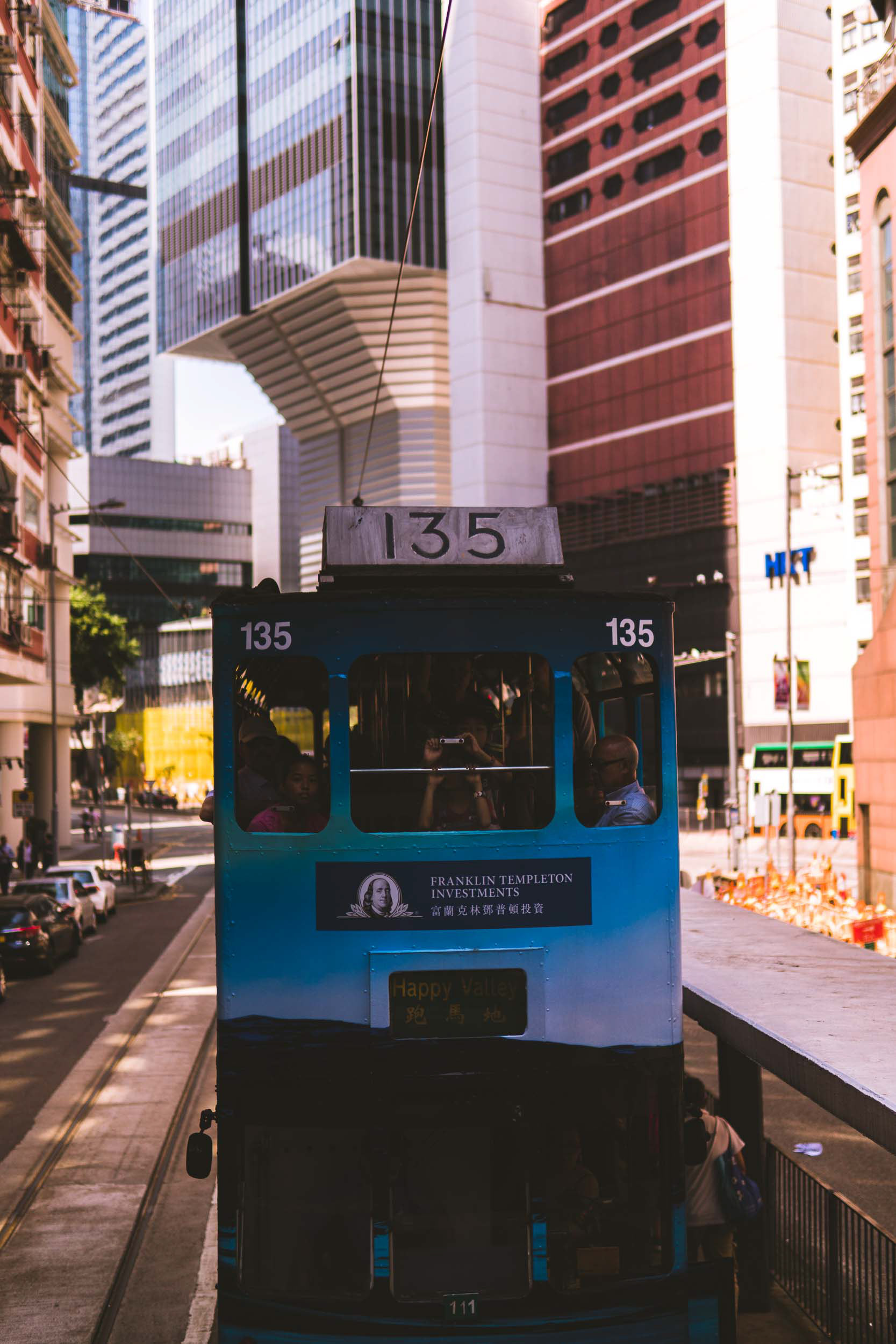 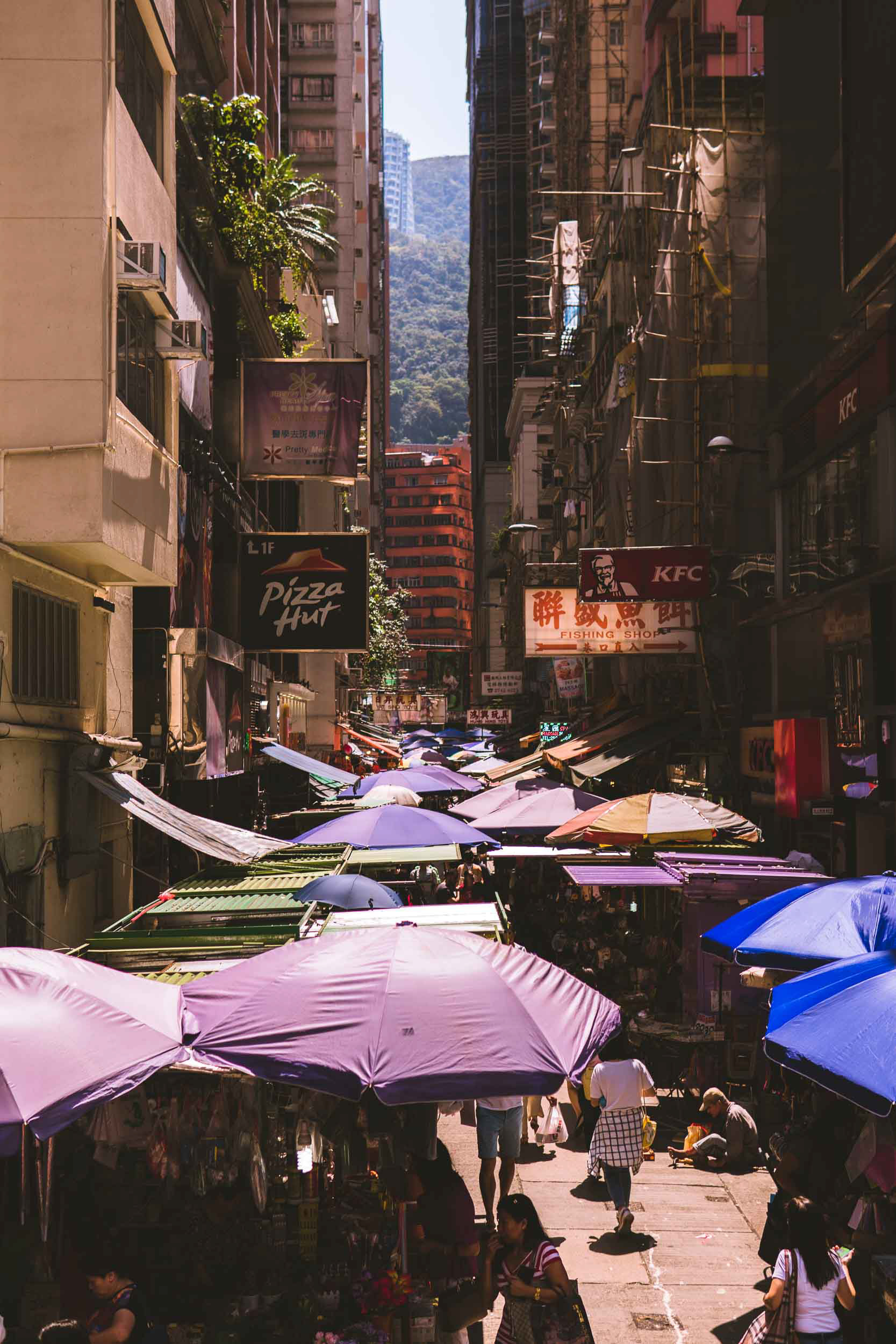 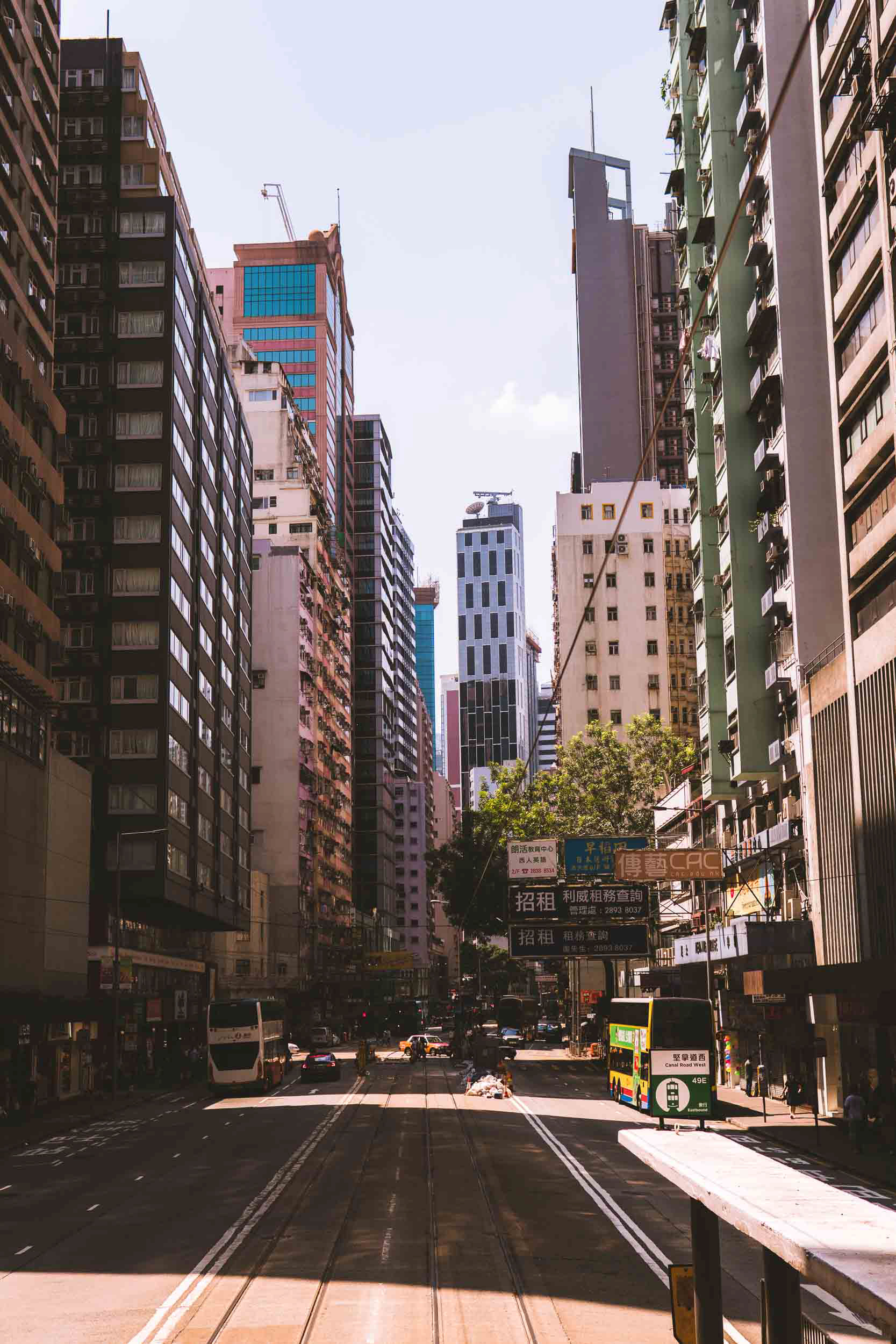 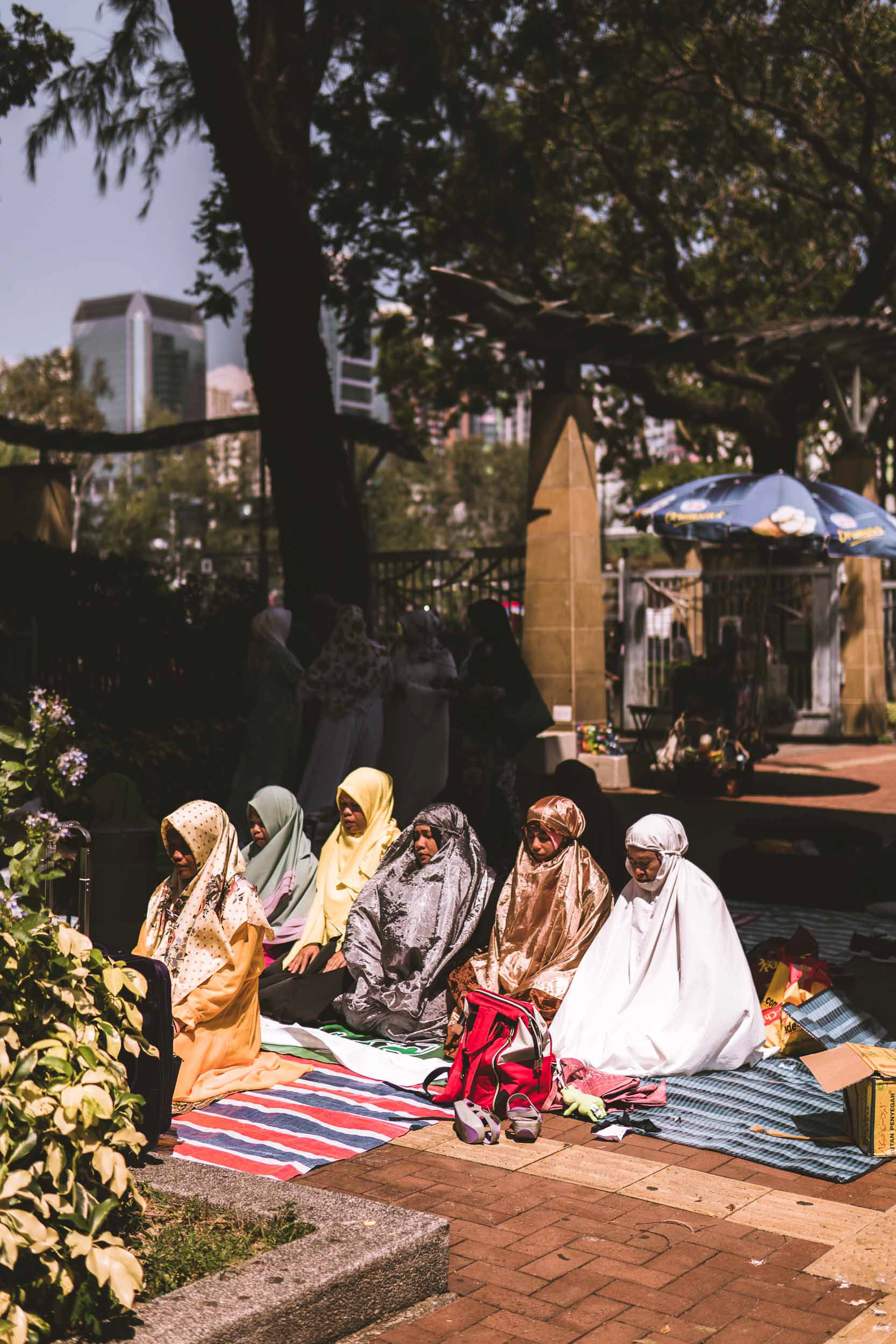 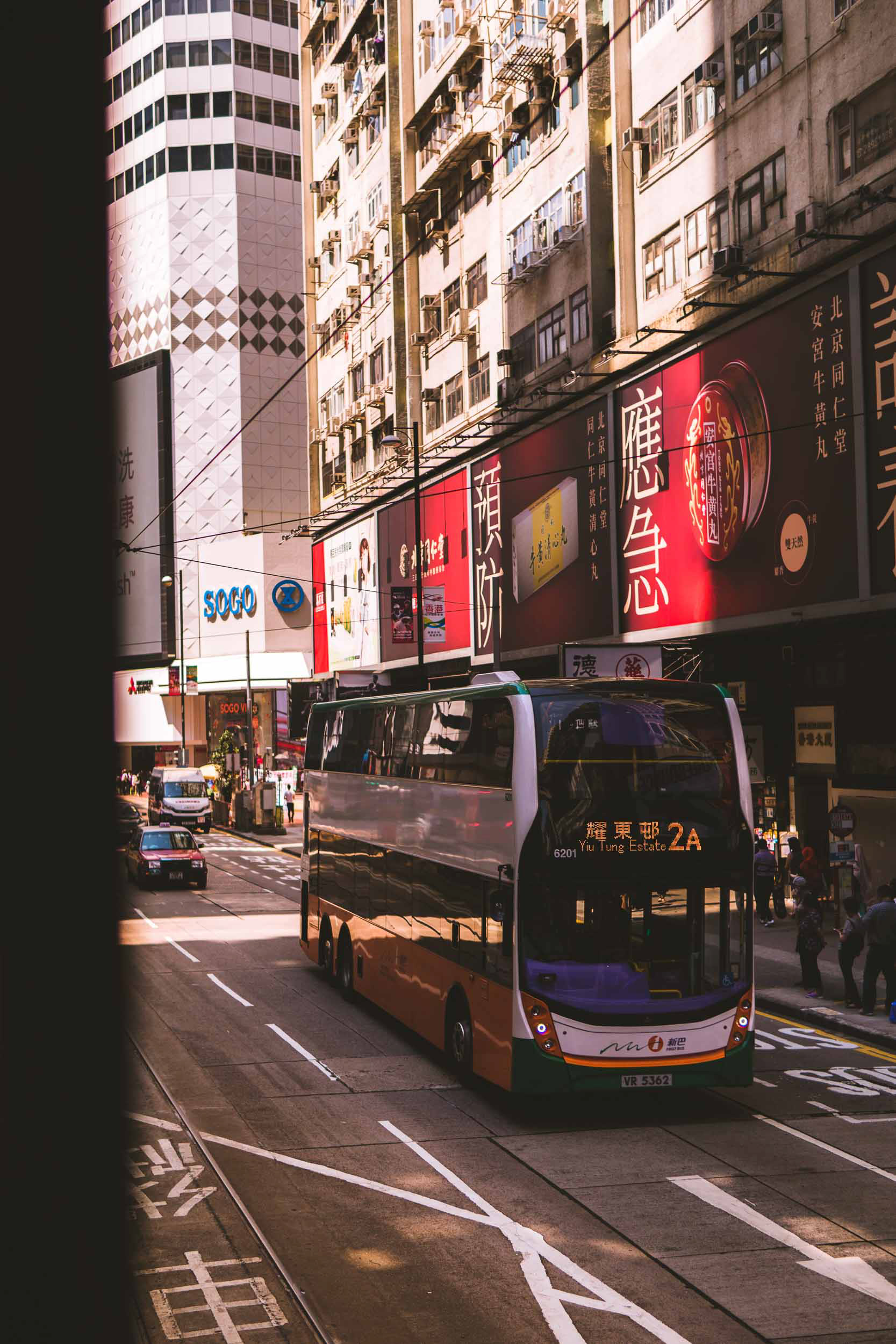 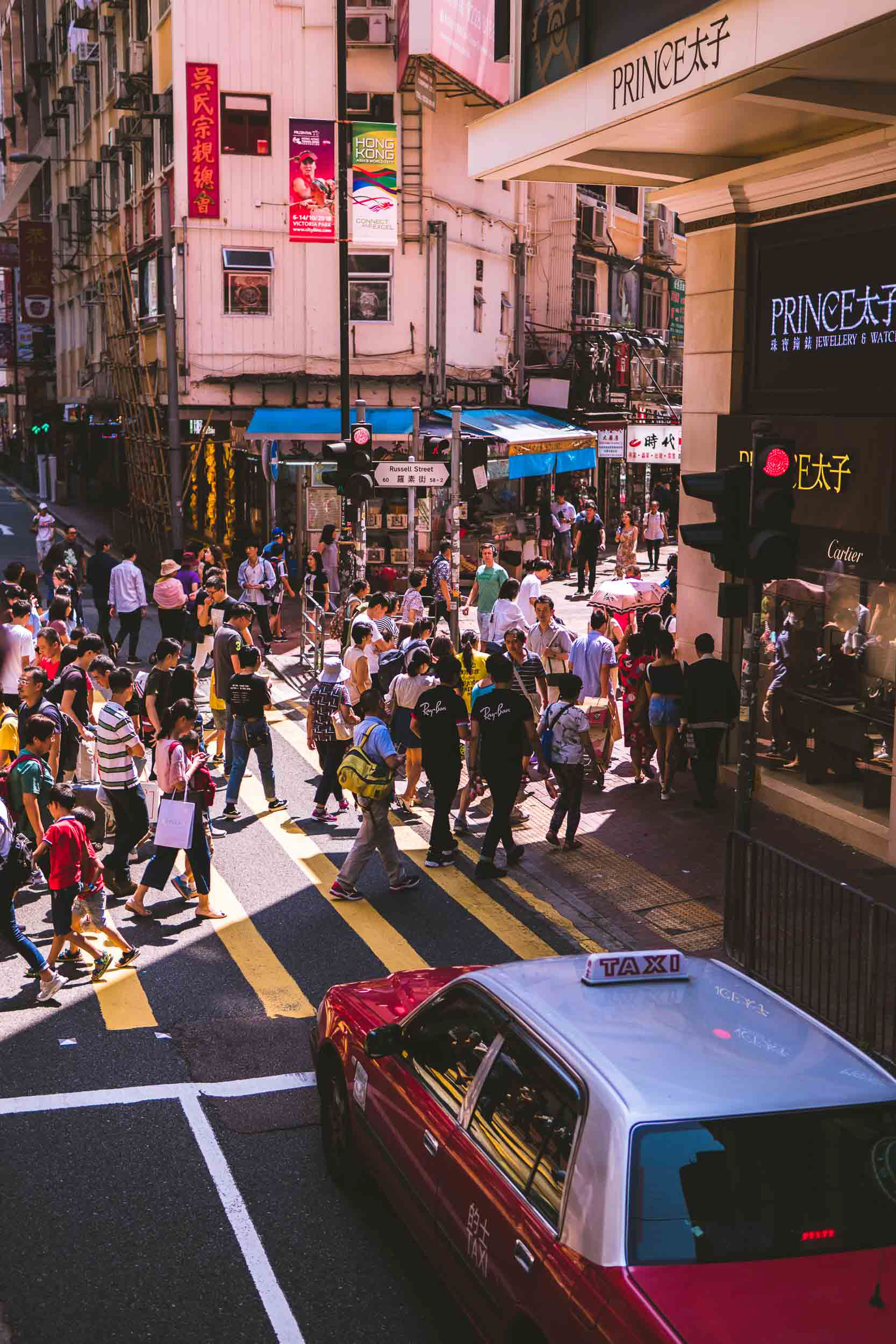 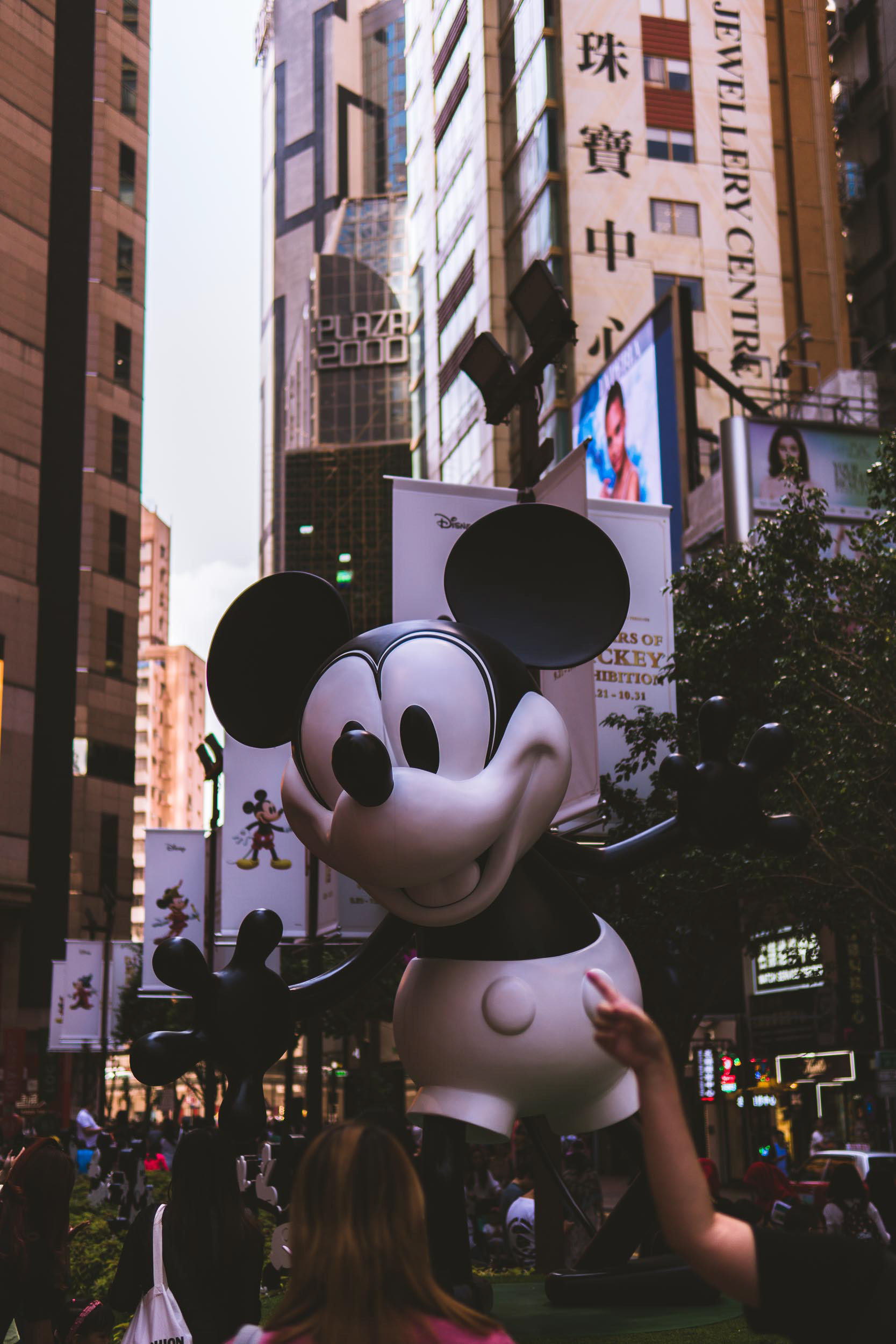 After trekking around the island, it's back home for a quick rest before meeting up with an old friend of mine at the Ozone Bar to take in some skyscraper views. This bar has the honour of being the highest bar in the world, at some 475m high. Our ears pop as the elevator rises above the city.
The views from up here give you a different sense of scale. The city really is something to behold from up in the sky. Despite a hazy afternoon, the sunset still seems majestic setting over this metropolis. From Ozone, it's down to the Hong Kong Cultural Centre where we watch the nightly light show; the famed Symphony of Lights. This is one of those obligatory touristy things that all visitors should do. Dinner is dim sum – lots of it. After eating ourselves into a stupor, we stumble home. 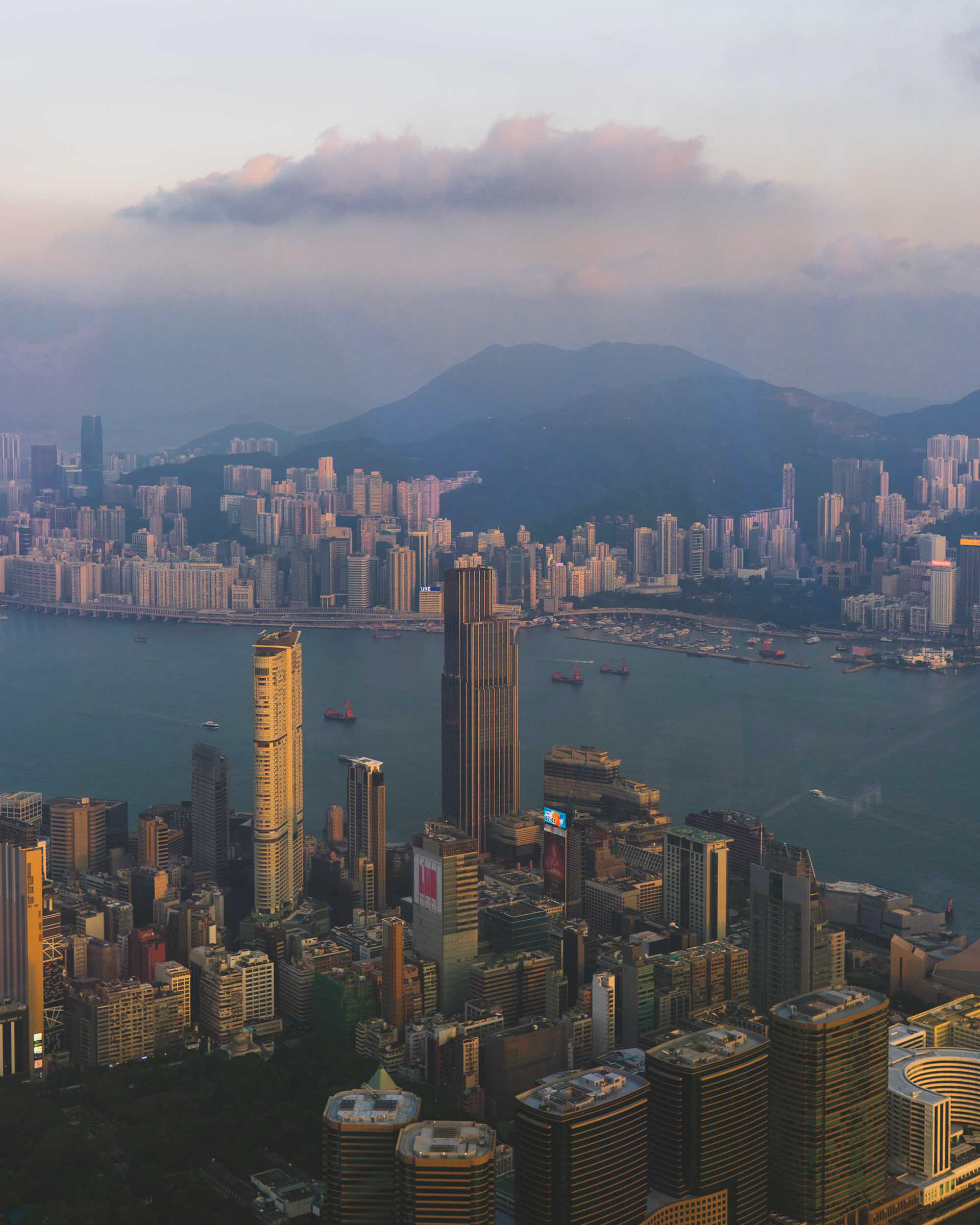 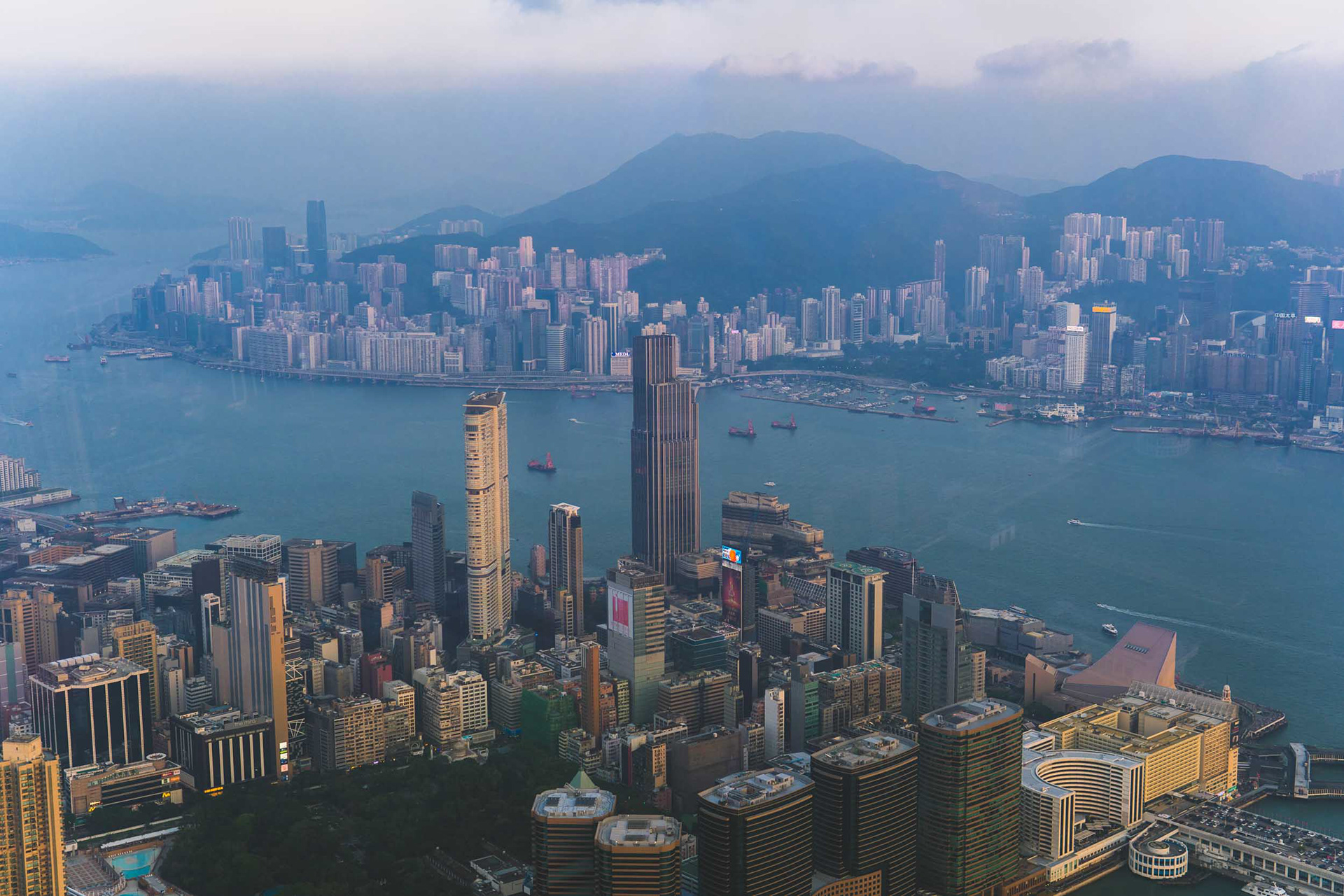 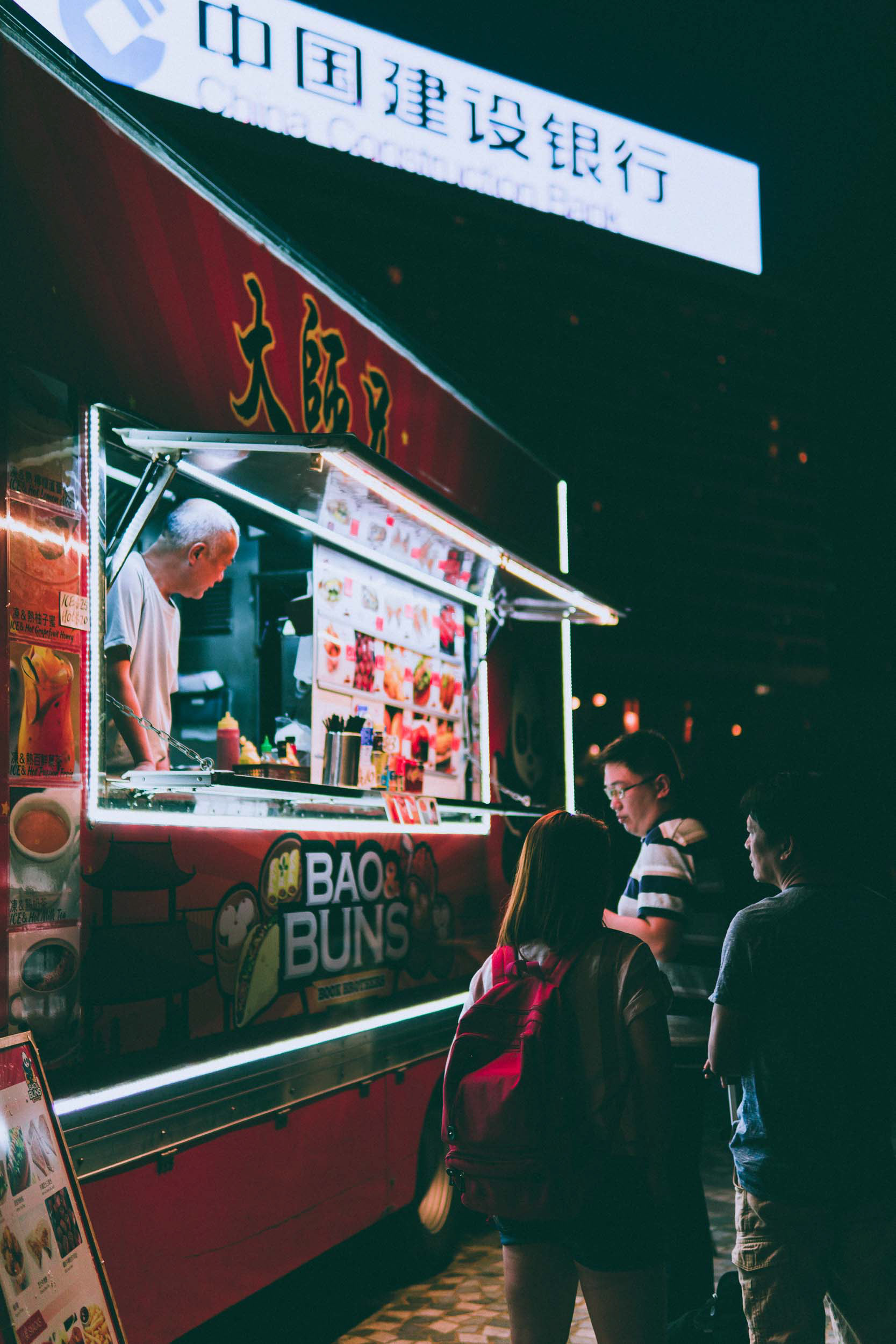 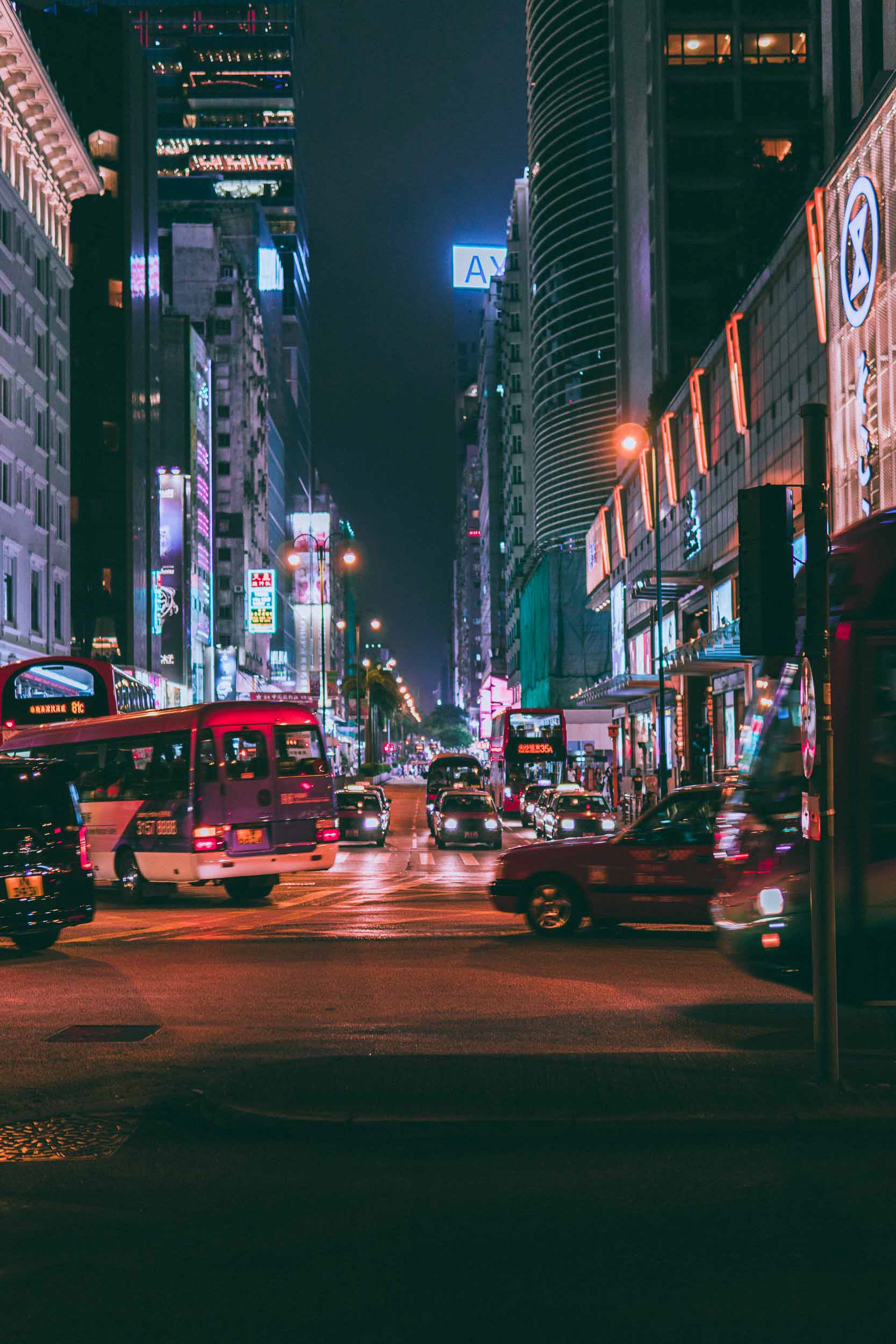 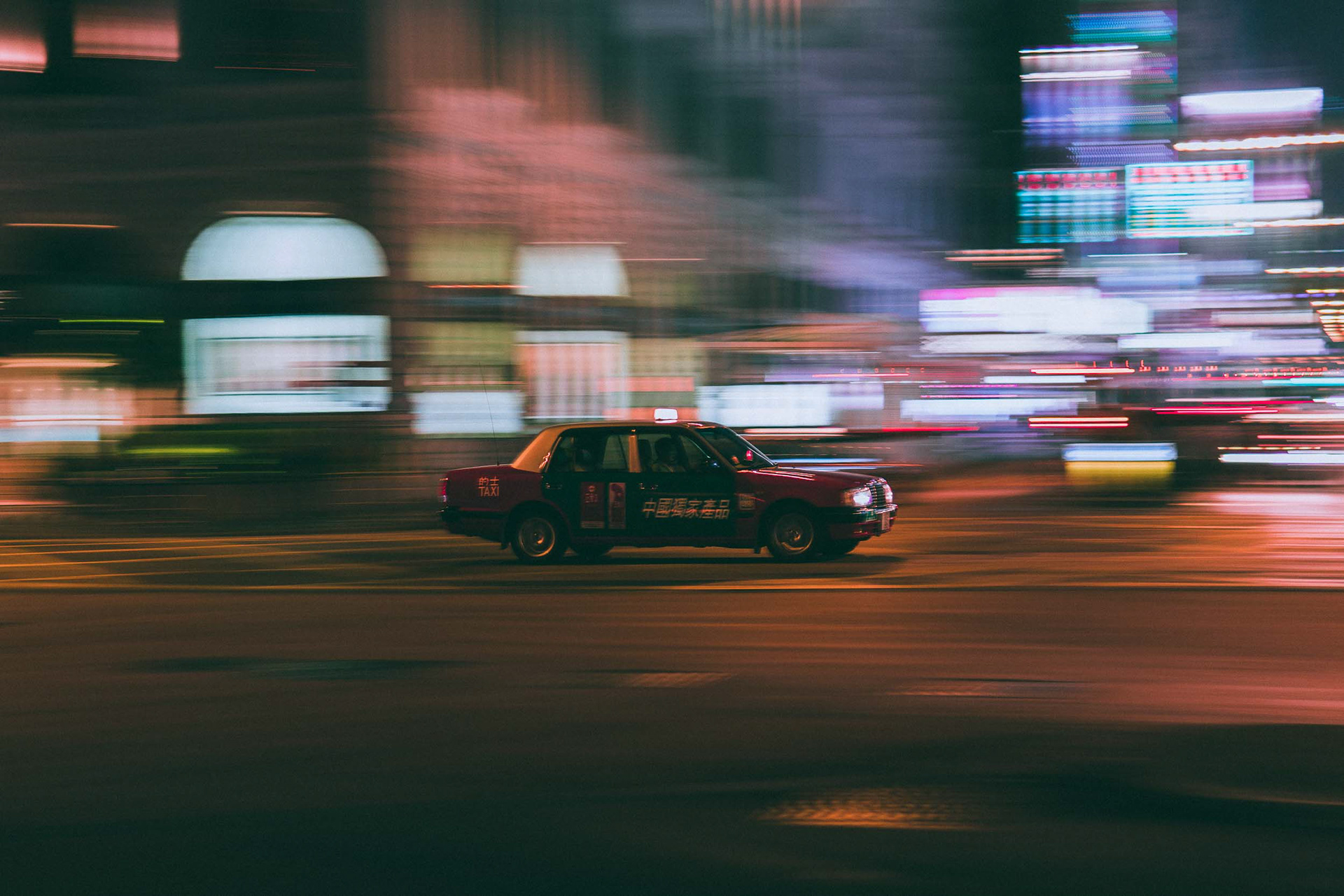 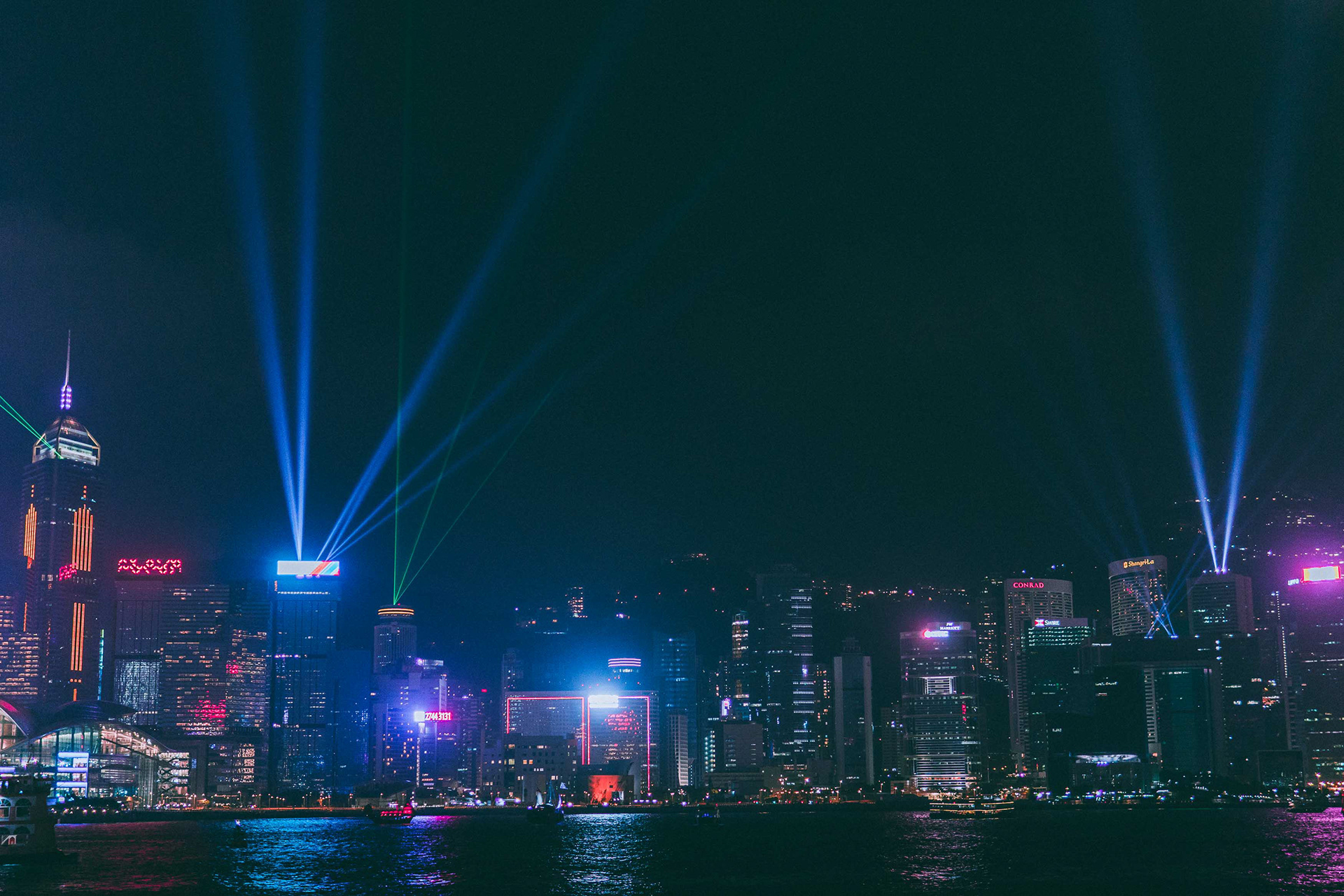 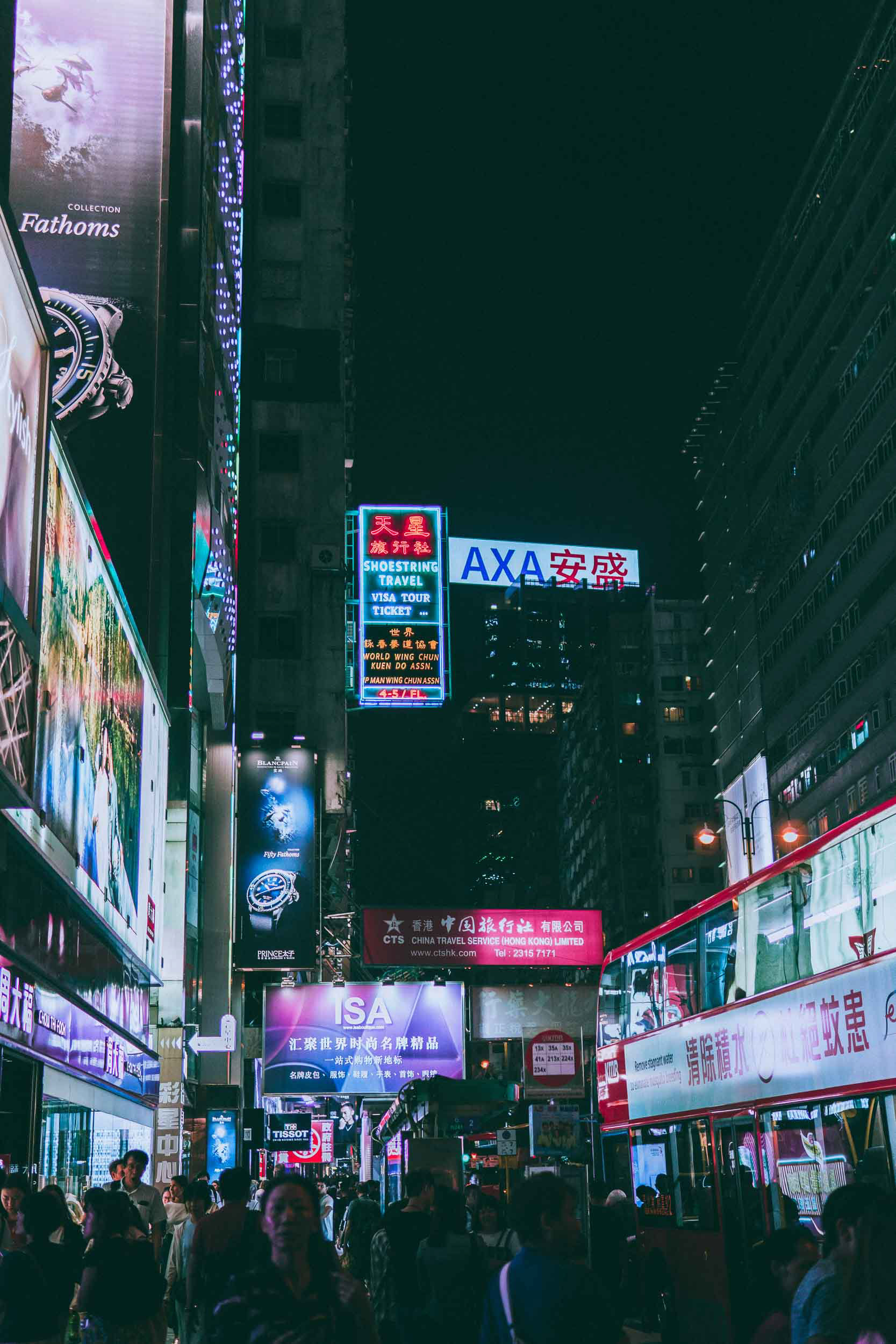