IN SEARCH OF BANH MI AND BUN CHA

The dreary and frigid Korean winter had driven me deep into what felt like incurable depression. A little hyperbolic, perhaps, but I knew that to retain my sanity, I needed to escape the country – at least for a little while. After three consecutive weeks of teaching winter camps, I was itching to get away. My vacation started off with a weekend in Seoul, where I would watch the Lion King, help a friend with a video project, and do a product shoot for a client. Struck down by food poisoning from some dubious Korean fried chicken, I spent most of the day before my flight curled up in bed, recovering.

On Tuesday, 5th February, I made my way to Incheon in the early hours of the morning to board my flight to Hanoi. This was my first solo trip in a while, and from what I could recall, my first international solo trip for the books. Subdued excitement is probably the best way to describe how I felt, as I had no expectations of what this vacation would bring.

After a relatively uneventful five hours on Vietjet flight VJ862, the balmy winds at Noi Bai Airport were a welcome respite from the suffocating, smoggy Korean air. The driver I’d arranged with my Airbnb host picked my up shortly after getting through immigration, and we began the 45-minute drive into the city. The 80s power ballads blasting from his car stereo (think The Carpenters, Michael Bolton, Seal etc), I was grinning from ear-to-ear.
Take a visual tour through Vietnam with this cinematic travel guide
The one thing that I had underestimated was the effect that the Vietnamese Tet holiday would have on local businesses. The country really does shut down over this period, with most places closed for up to two weeks to observe the New Year. In Korea, the Lunar New Year celebrations were only three days, so I hadn’t banked on the streets being so deadly quiet.
Tet holiday withstanding, shortly after landing I could already feel that the bustling, almost manic energy of Hanoi was a far cry from the (generally) orderly streets of Korea. This is a conundrum that I’ve been thinking about ever since my trip to Hong Kong last year. Korea, for all its benefits, lacks excitement. A word that I’ve used before is sanitized. Monotonous, in many senses. I could already feel that Vietnam was an antidote to the excitement that I’d been craving. 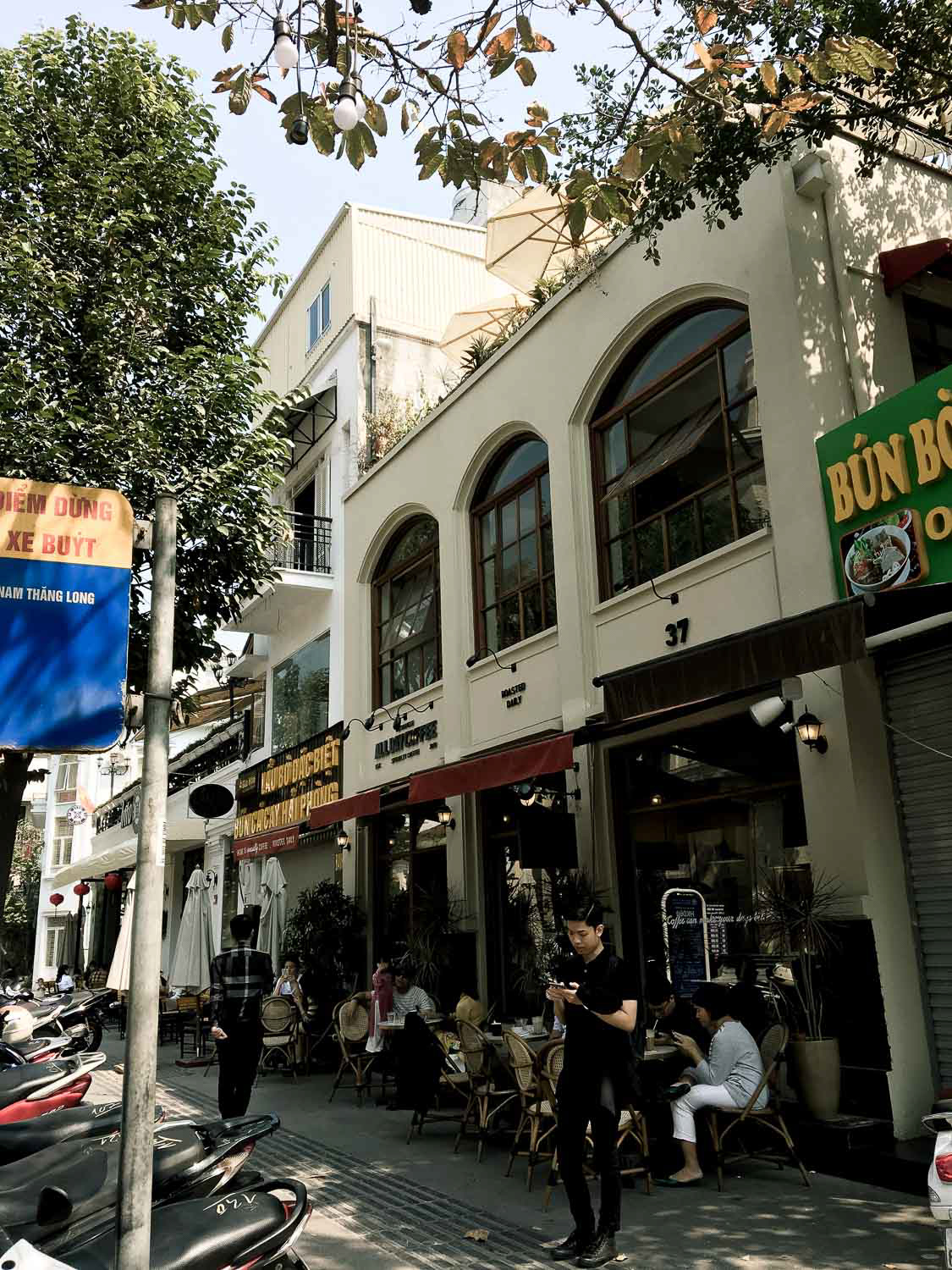 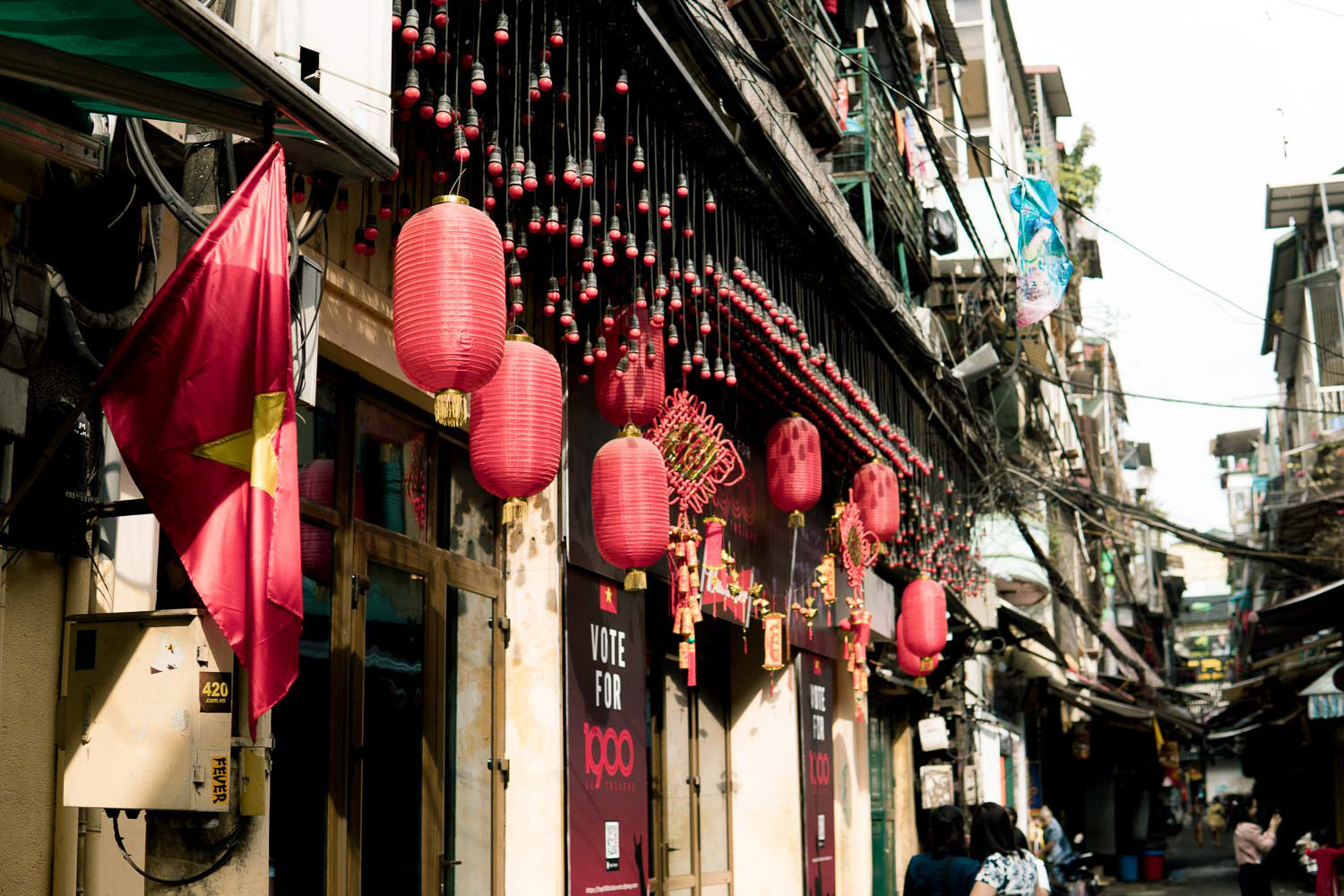 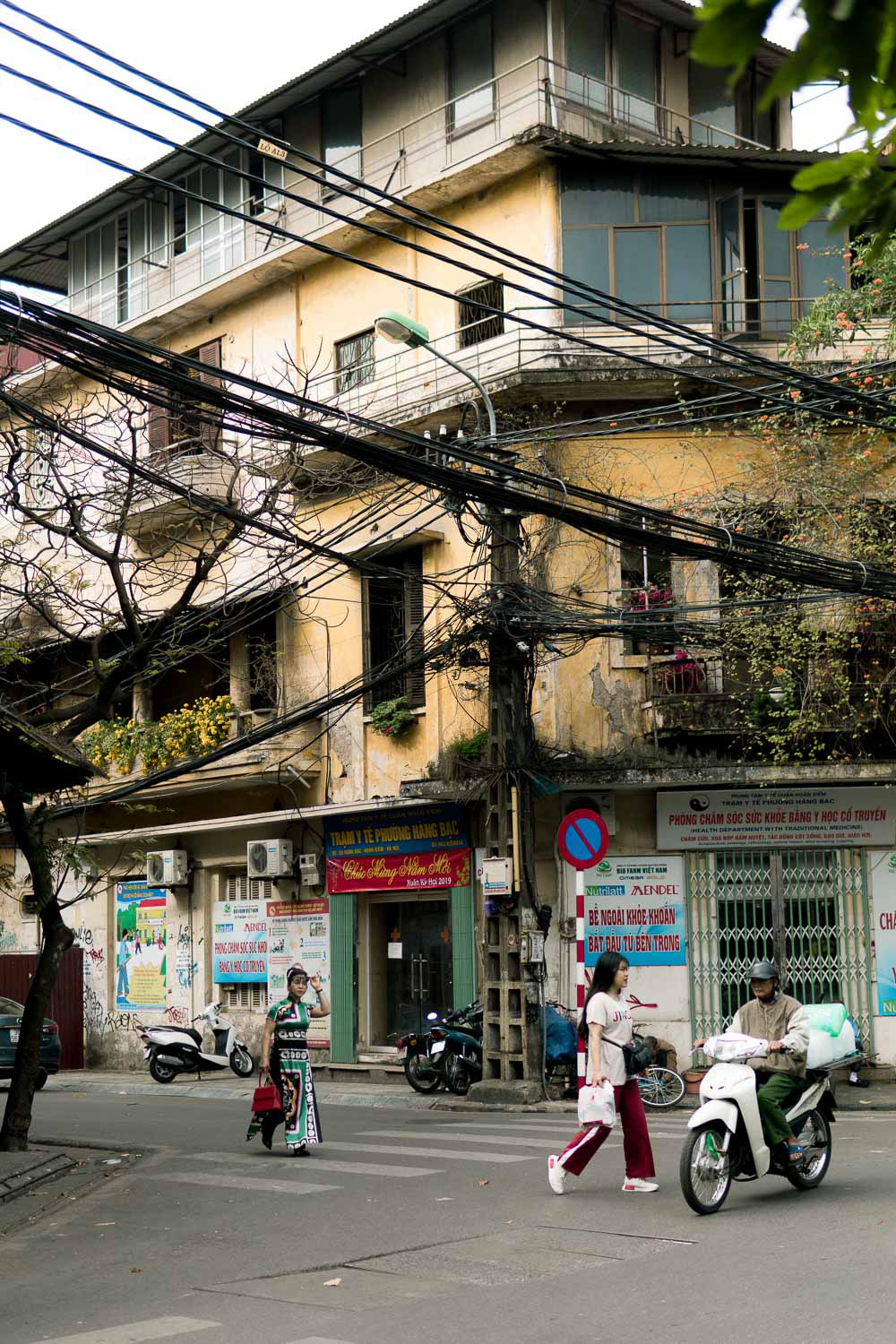 Days 1 through 3 (6-8 February) in Hanoi were spent sightseeing, with an itinerary that included:
•Hoan Kiem Lake,
•Old Quarter,
•Hoa Lo Prison,
•Temple of Literature,
•eating bun cha,
•Train Street,
•drinking egg coffee,
•Ho Chi Minh Mausoleum,
•Thanh Long Citadel,
•drinking dirt-cheap beer and soju.
Getting around by Grab Bike is a breeze, perhaps one of the best parts of travelling in Vietnamese cities – although I would suggest for distances longer than 5km you consider taking a taxi rather than a bike. 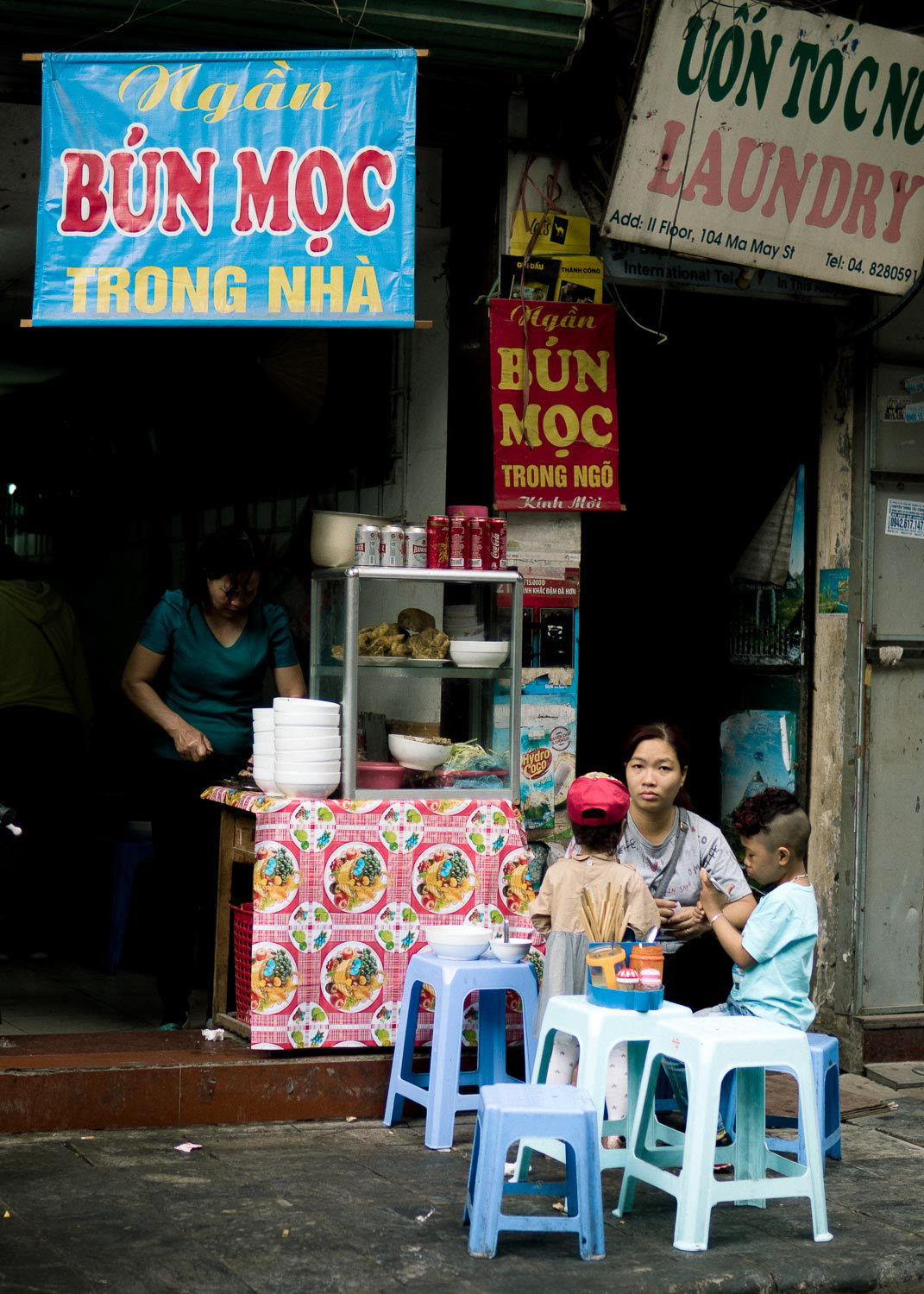 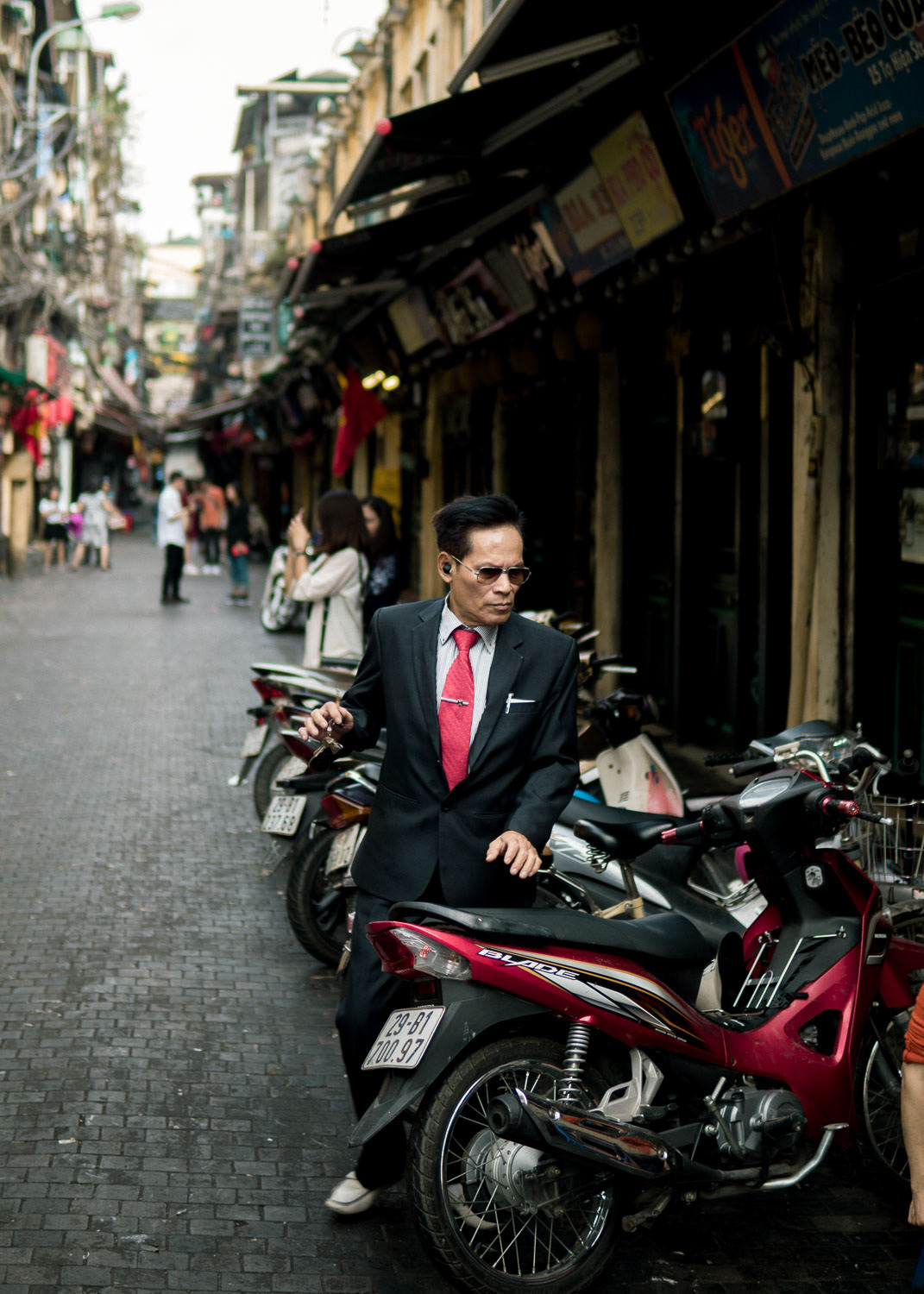 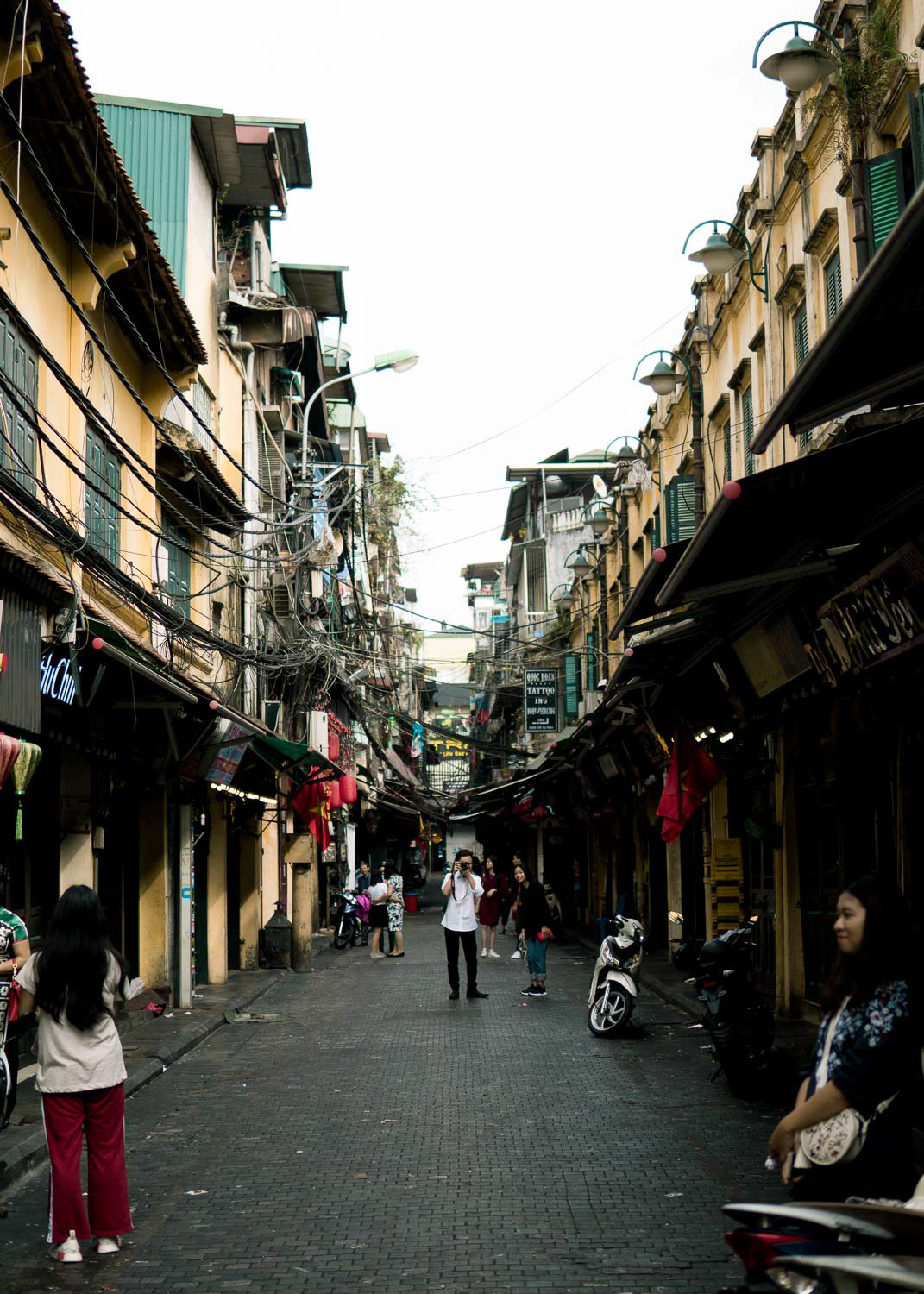 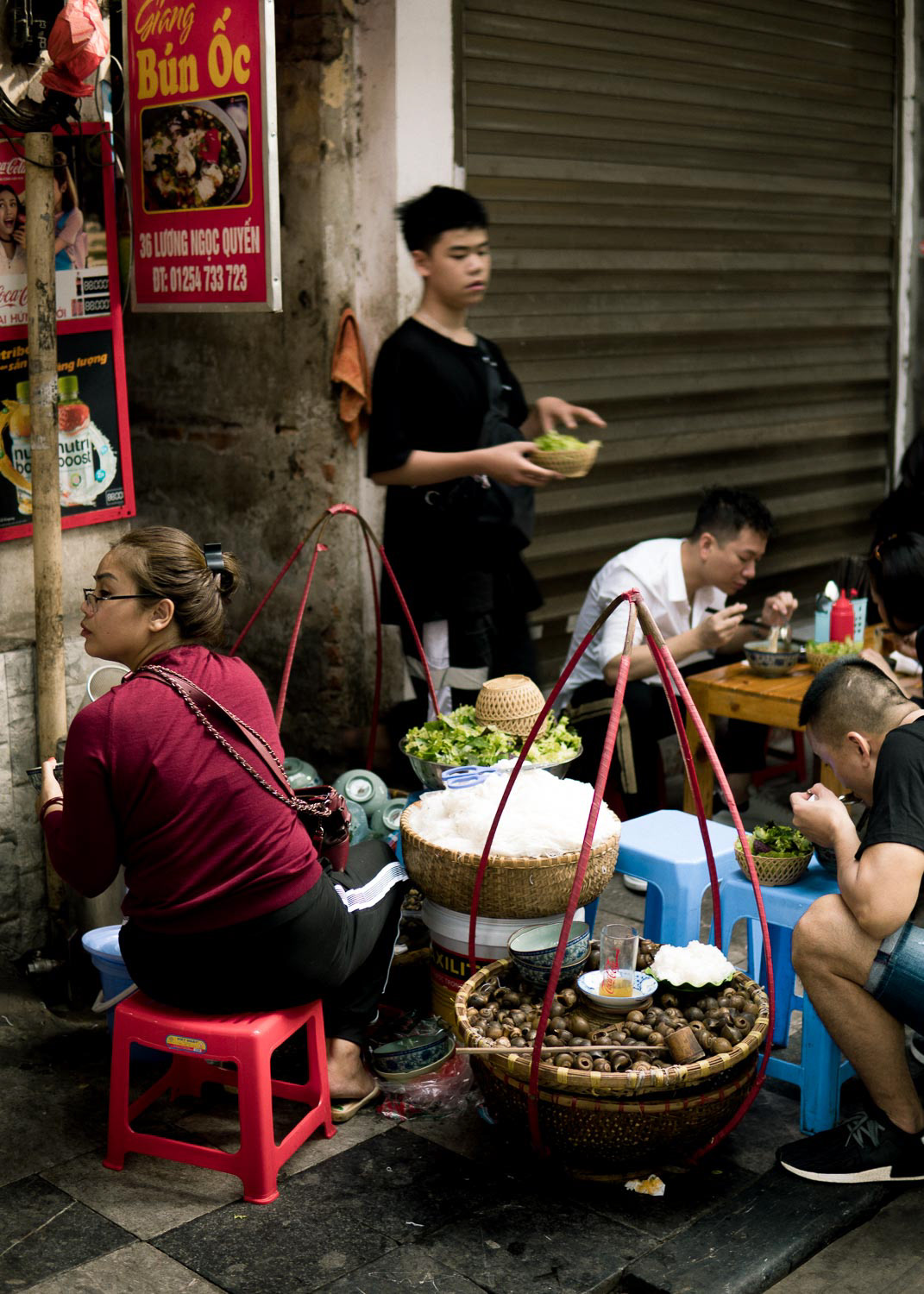 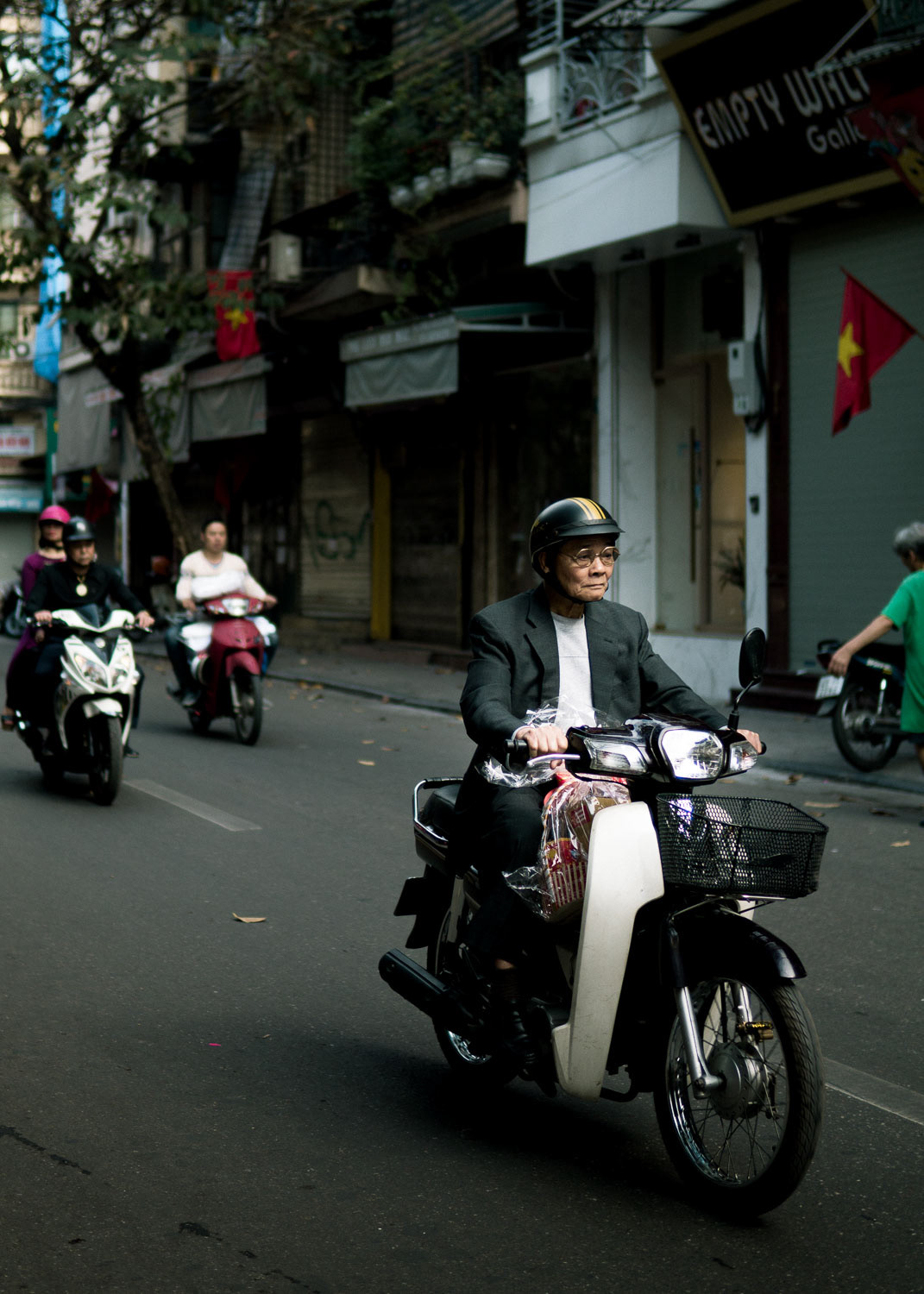 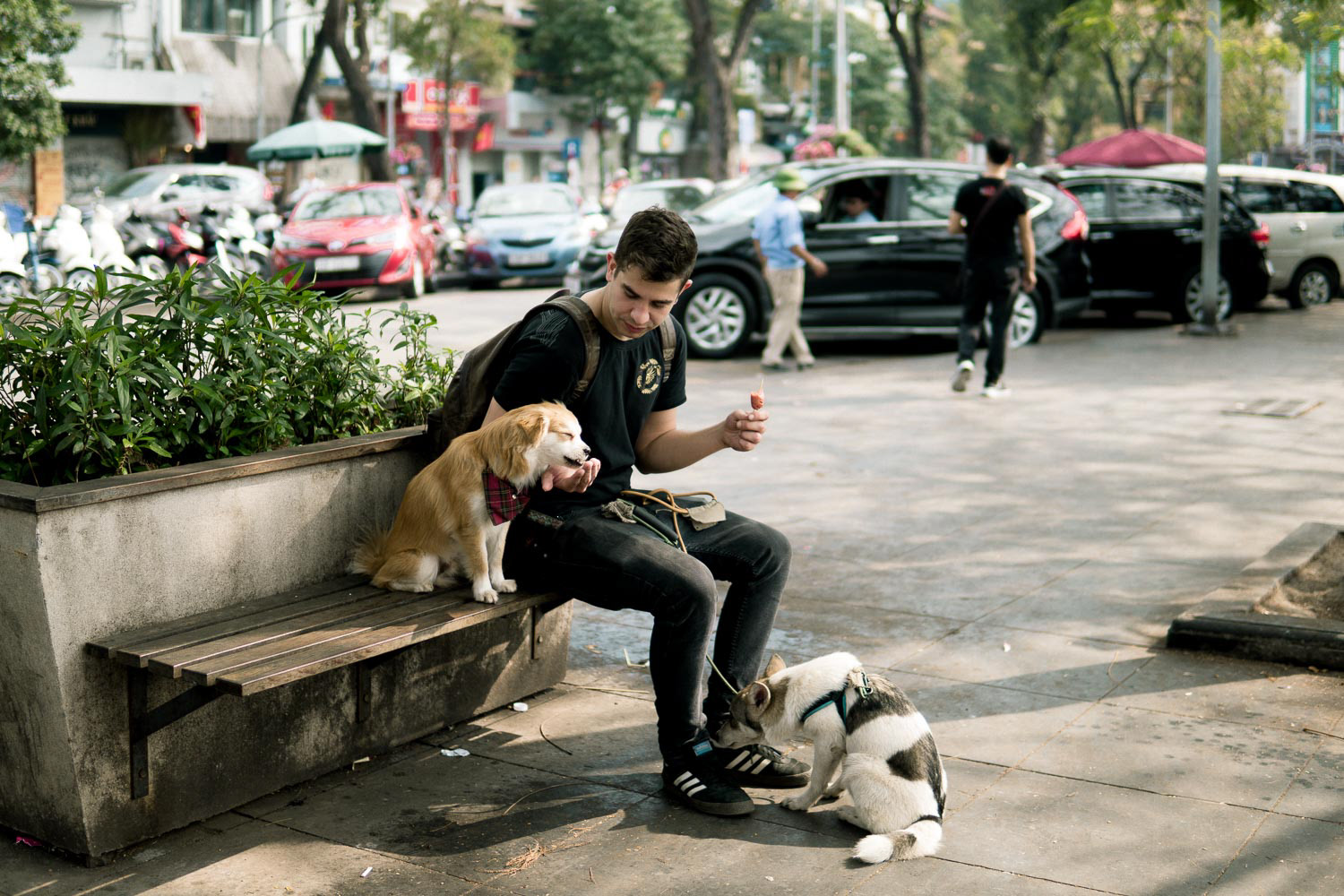 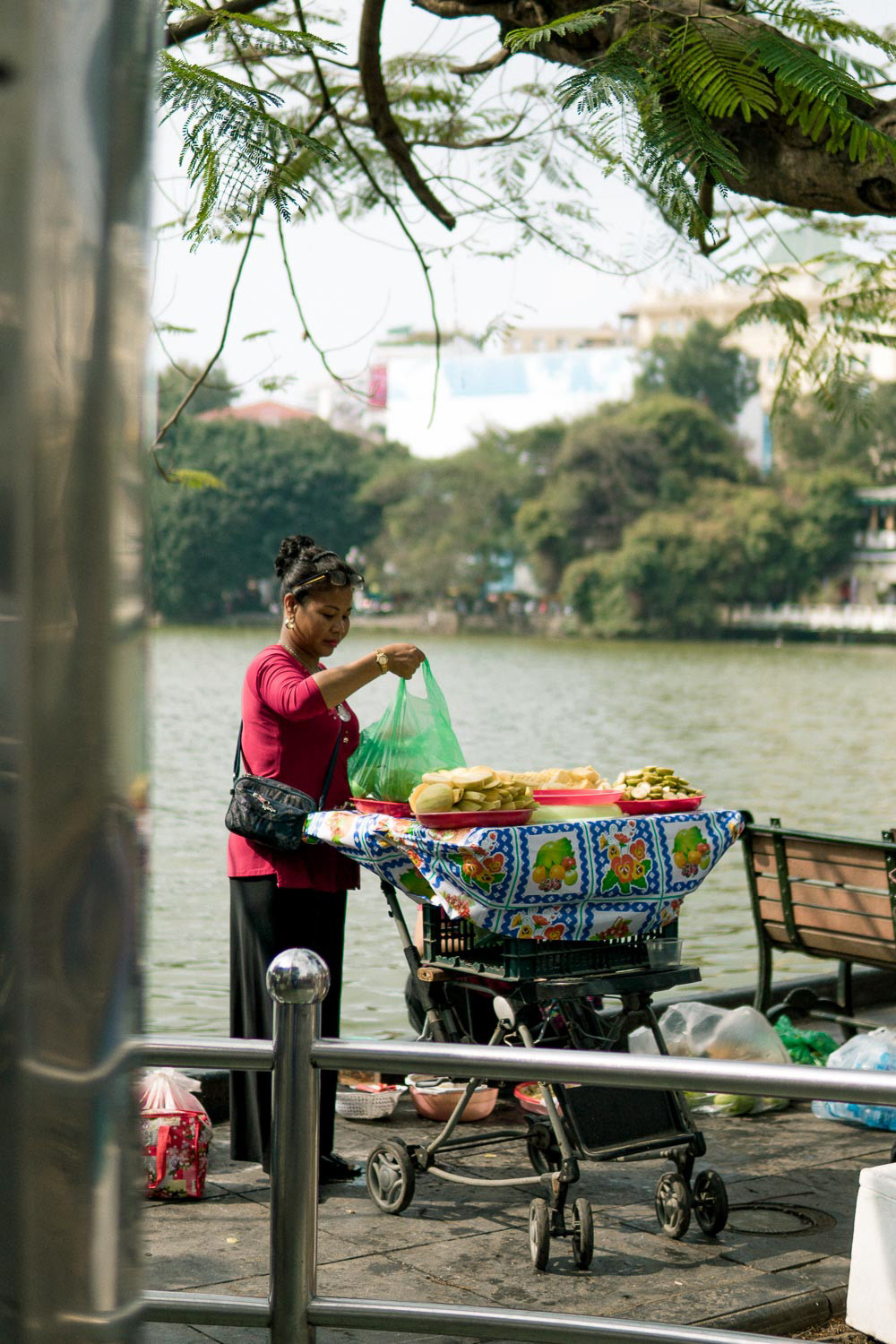 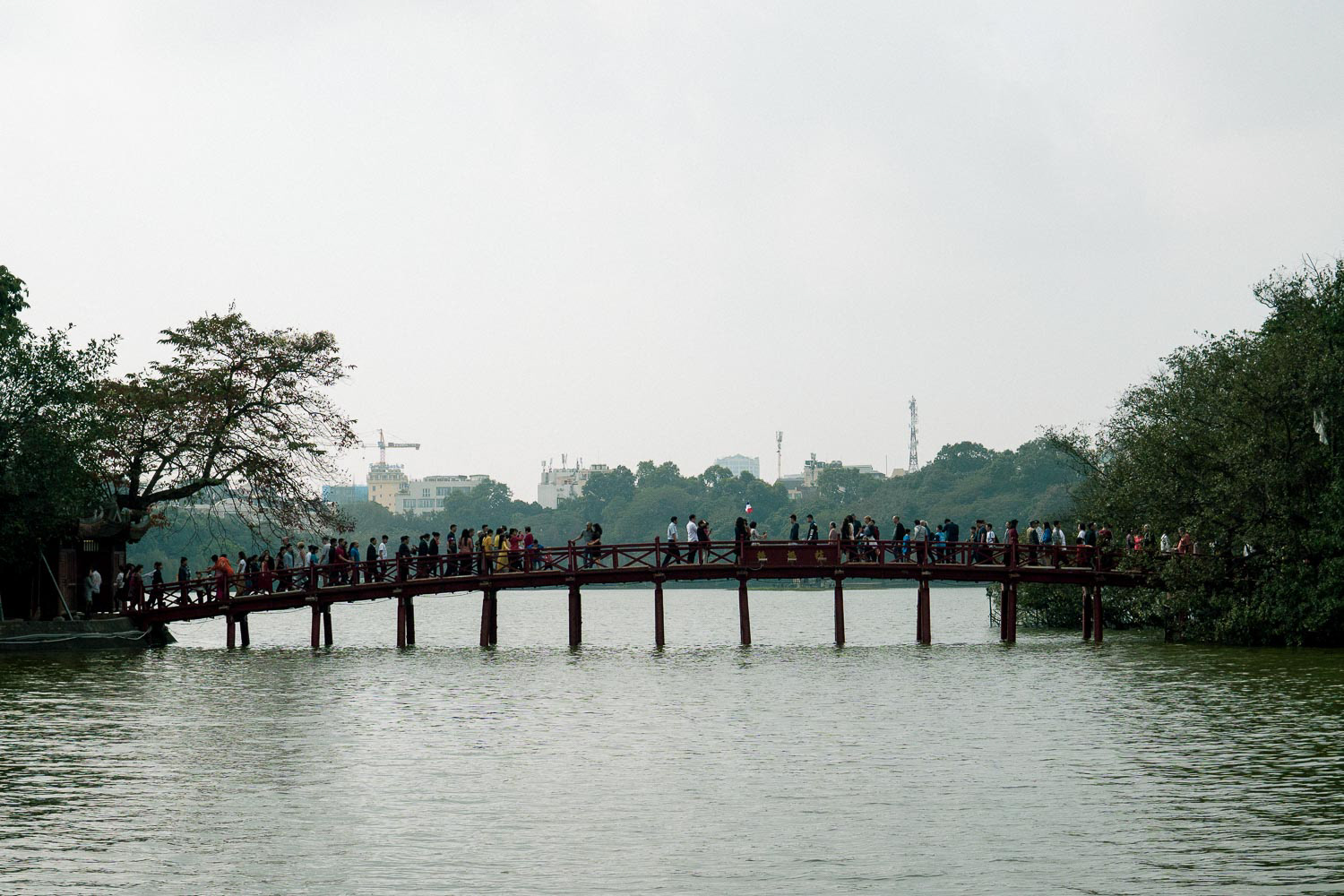 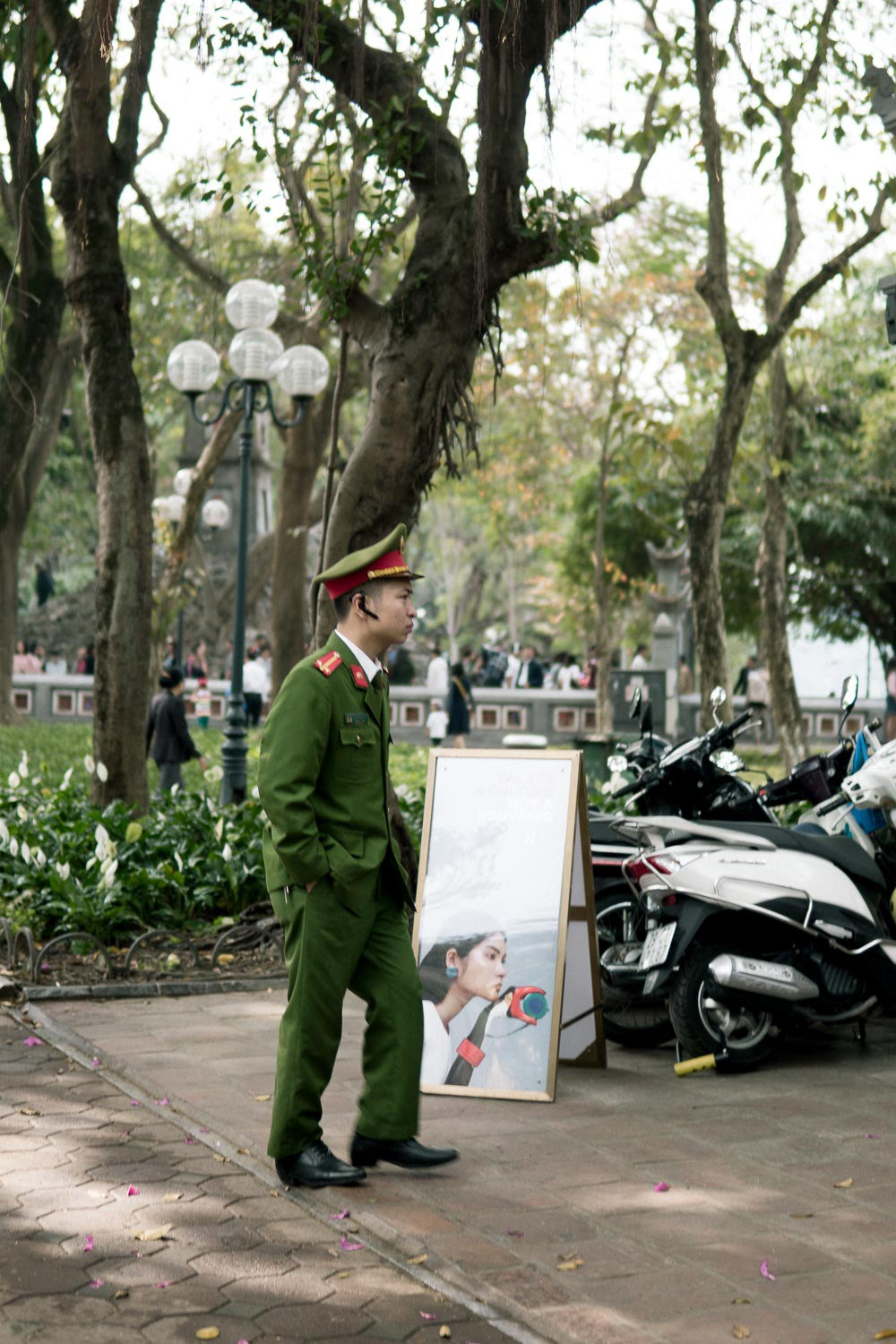 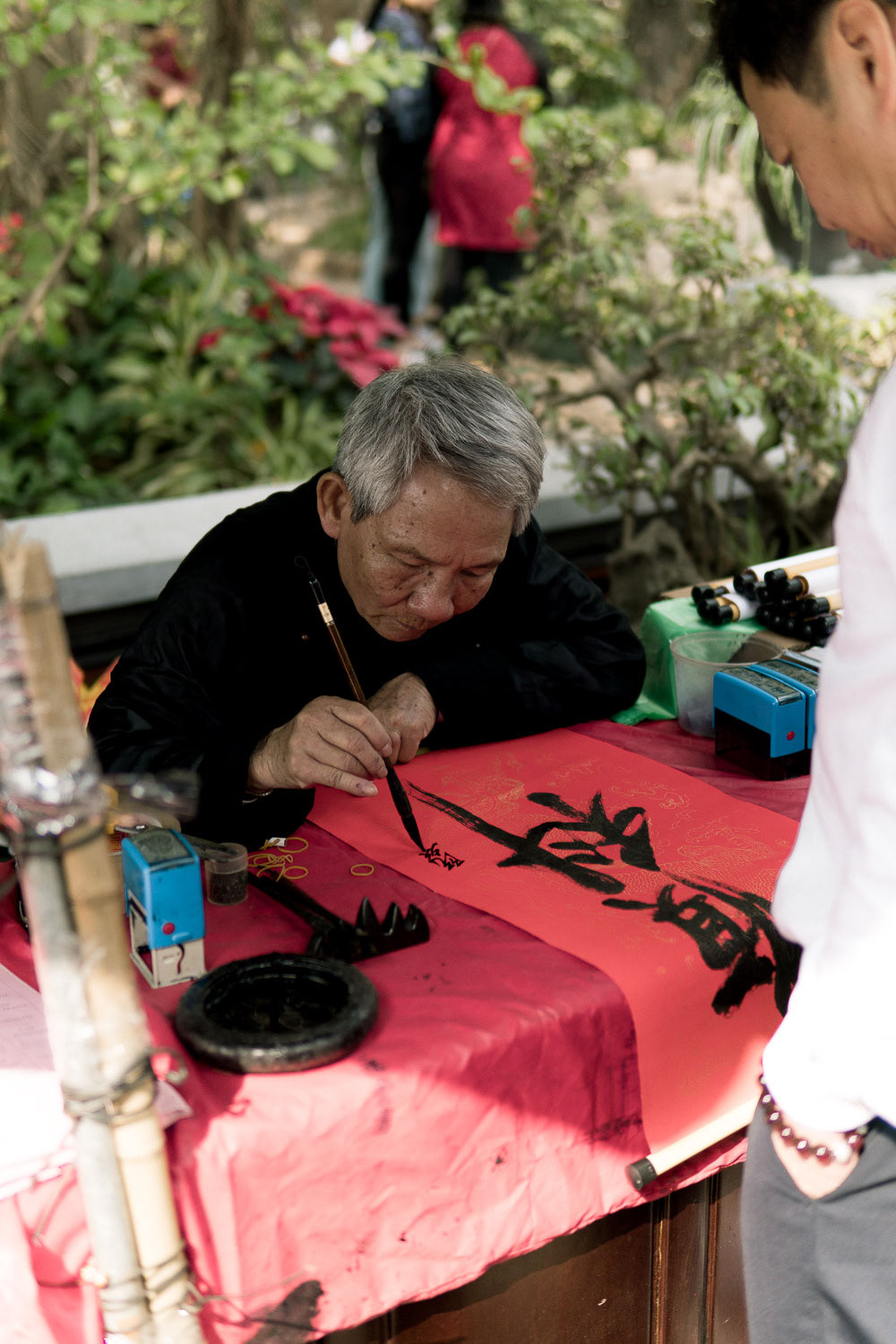 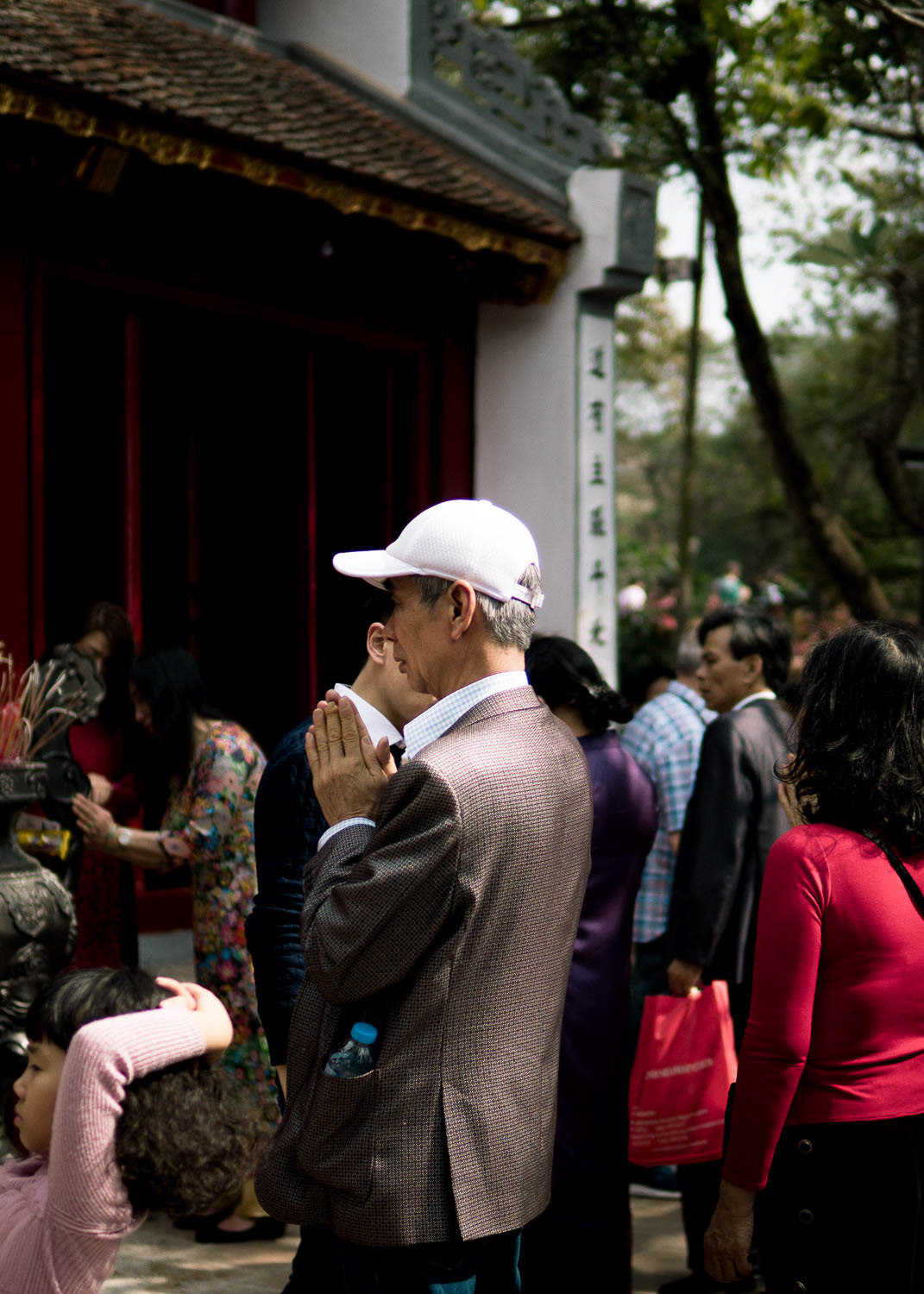 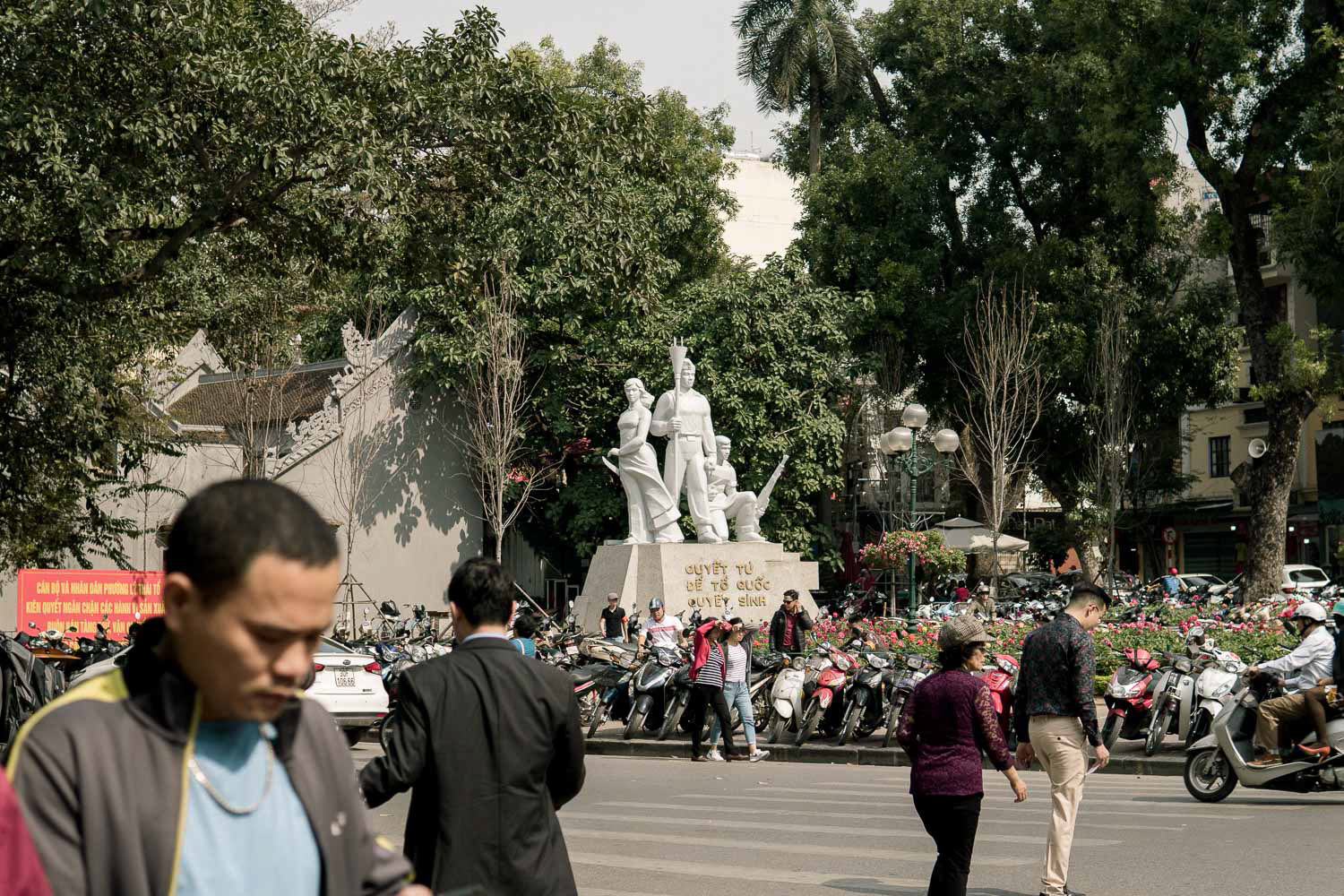 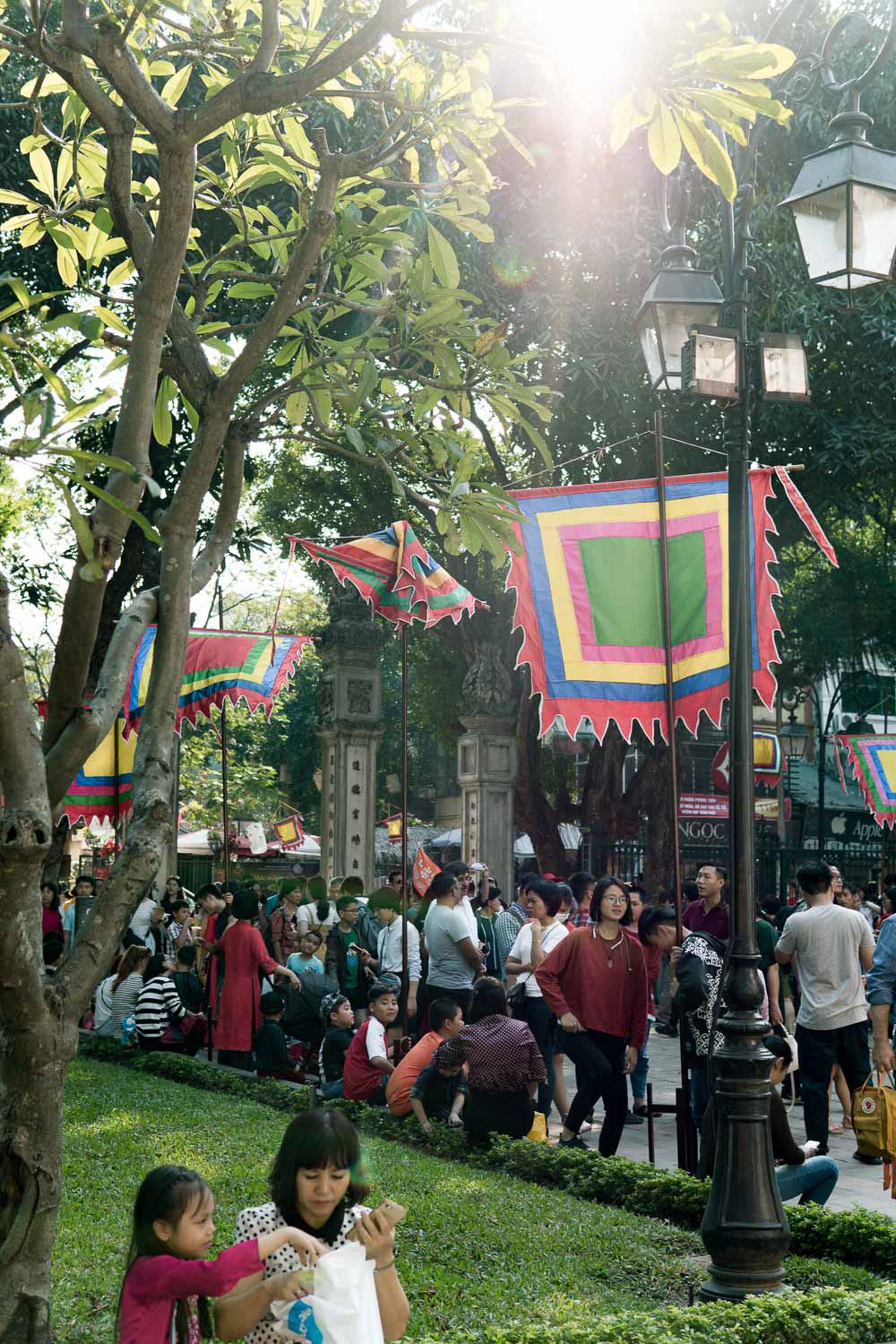 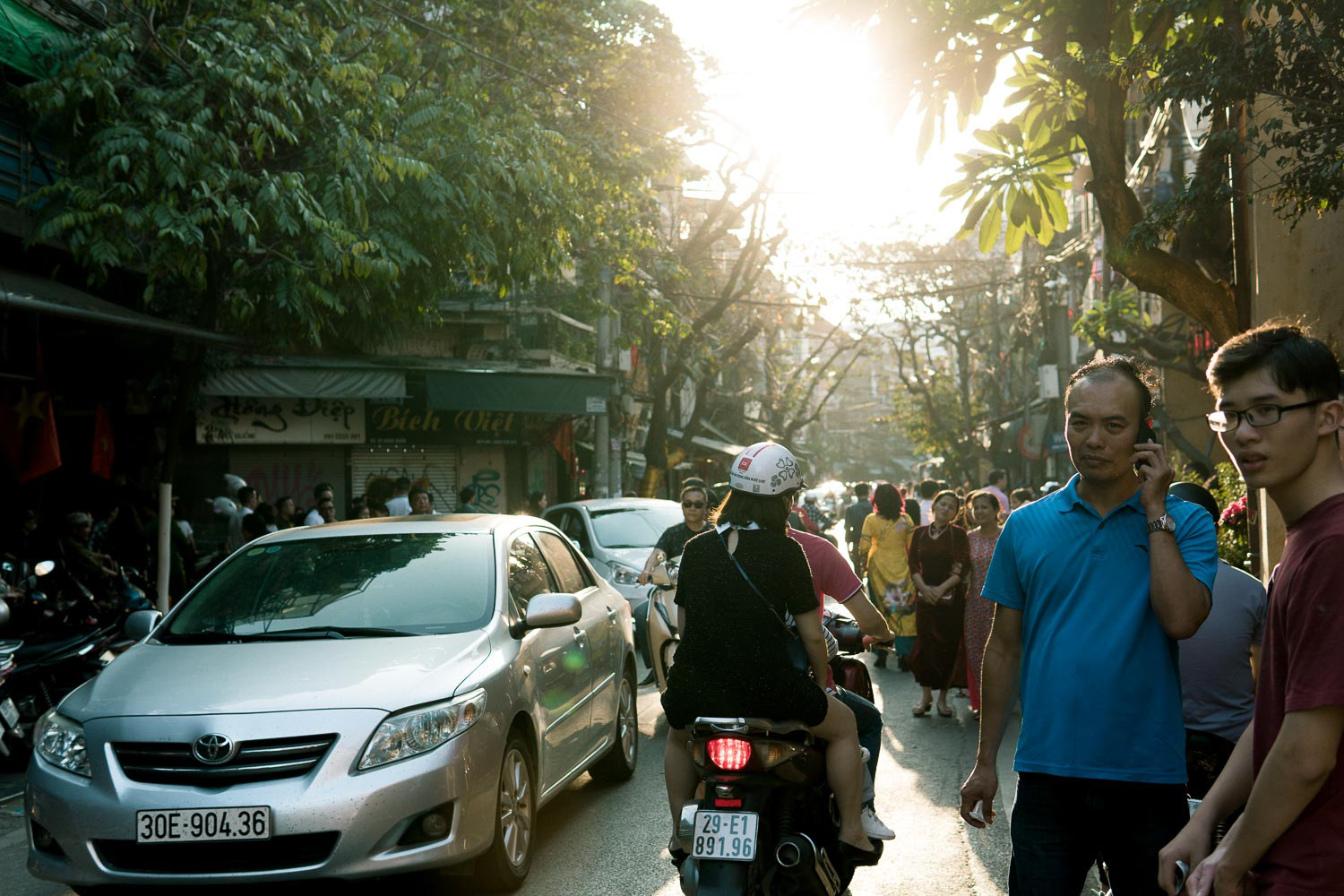 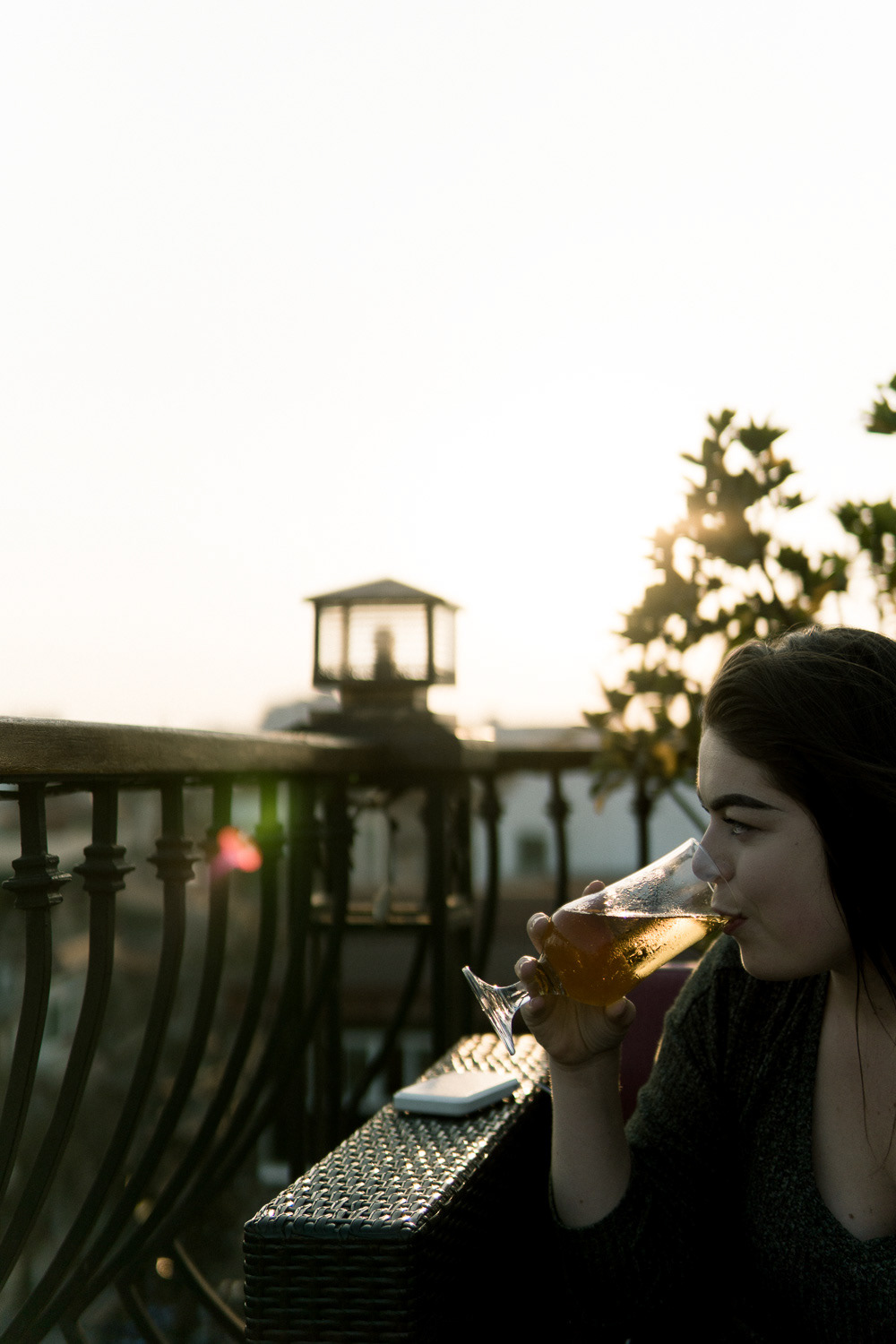 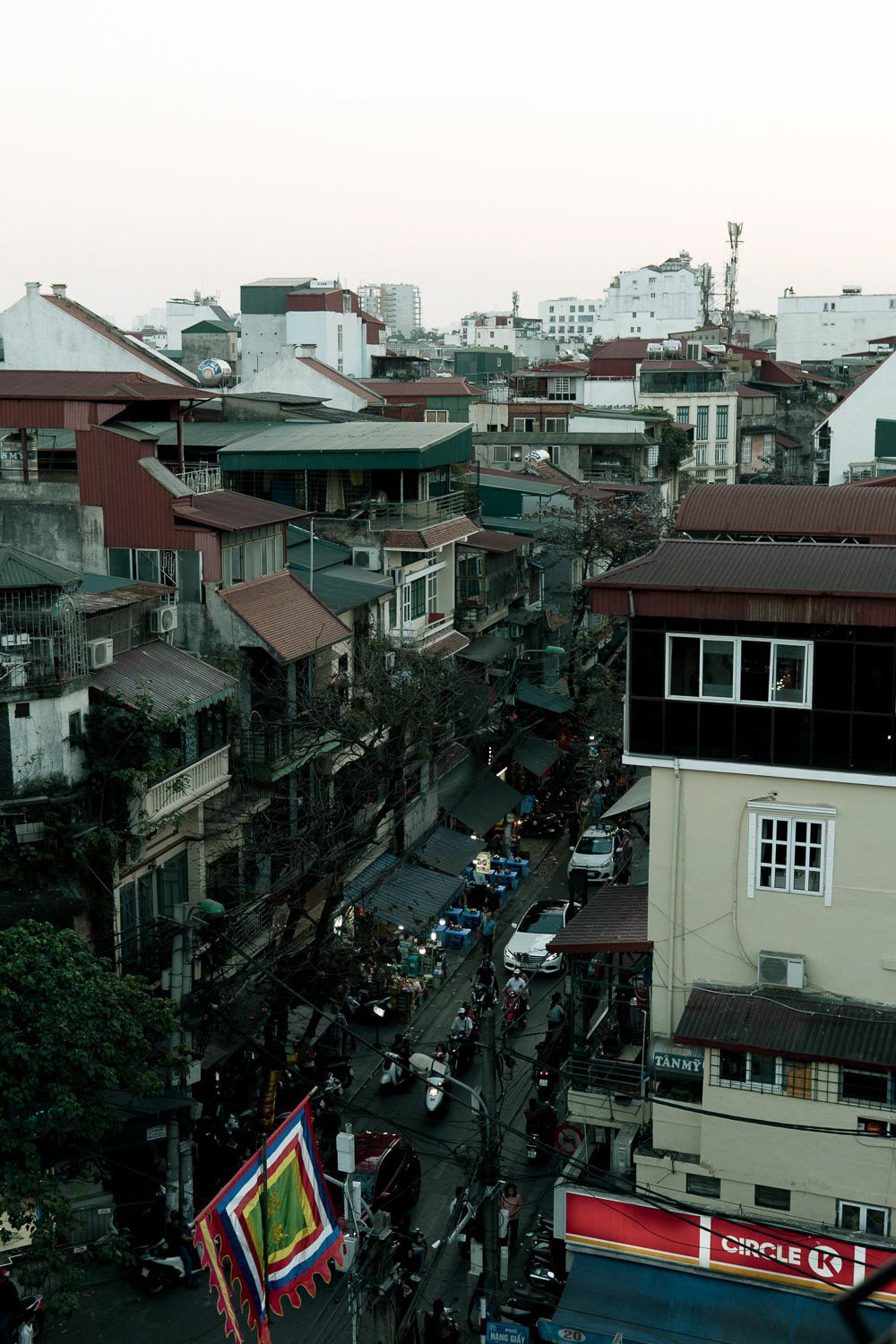 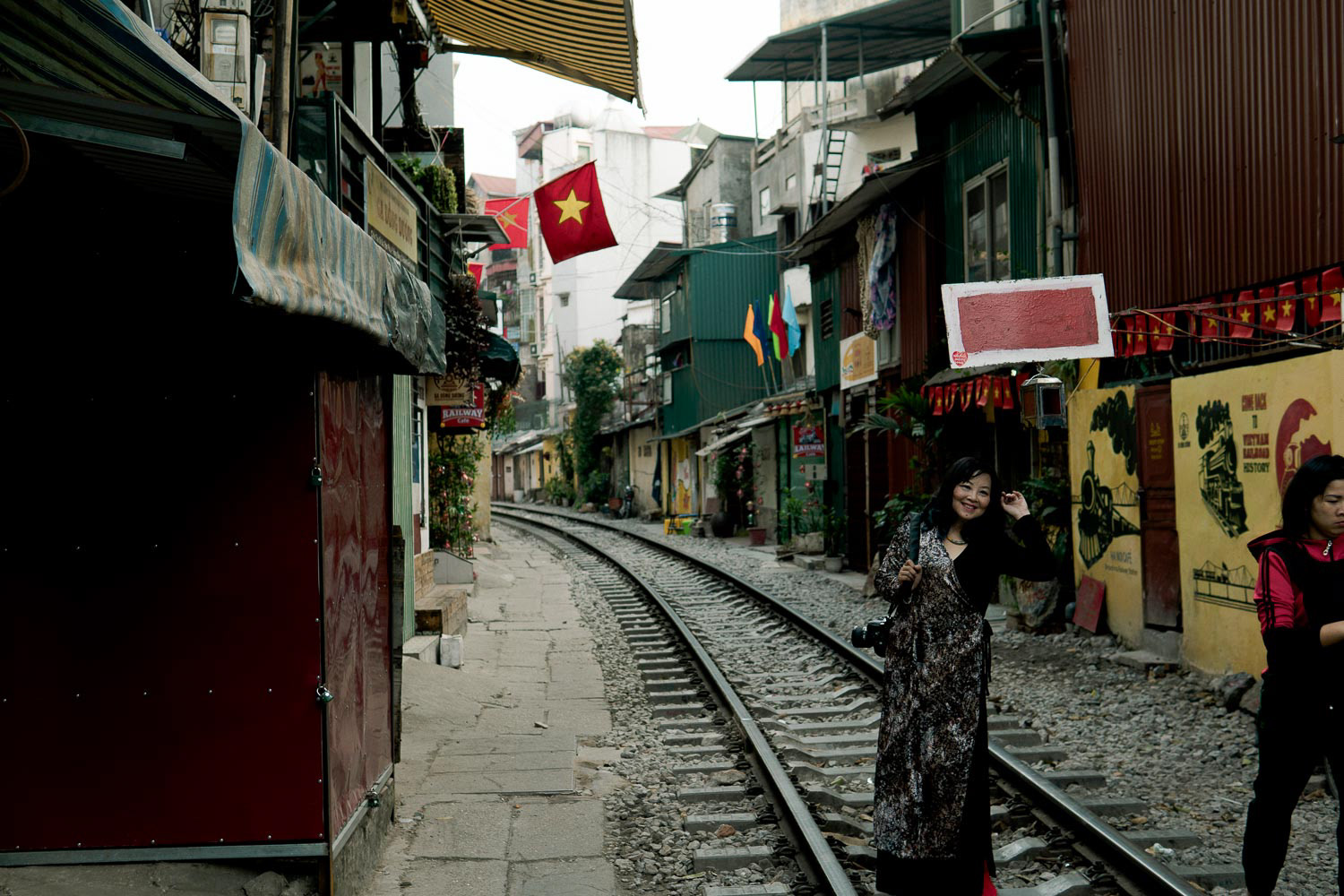 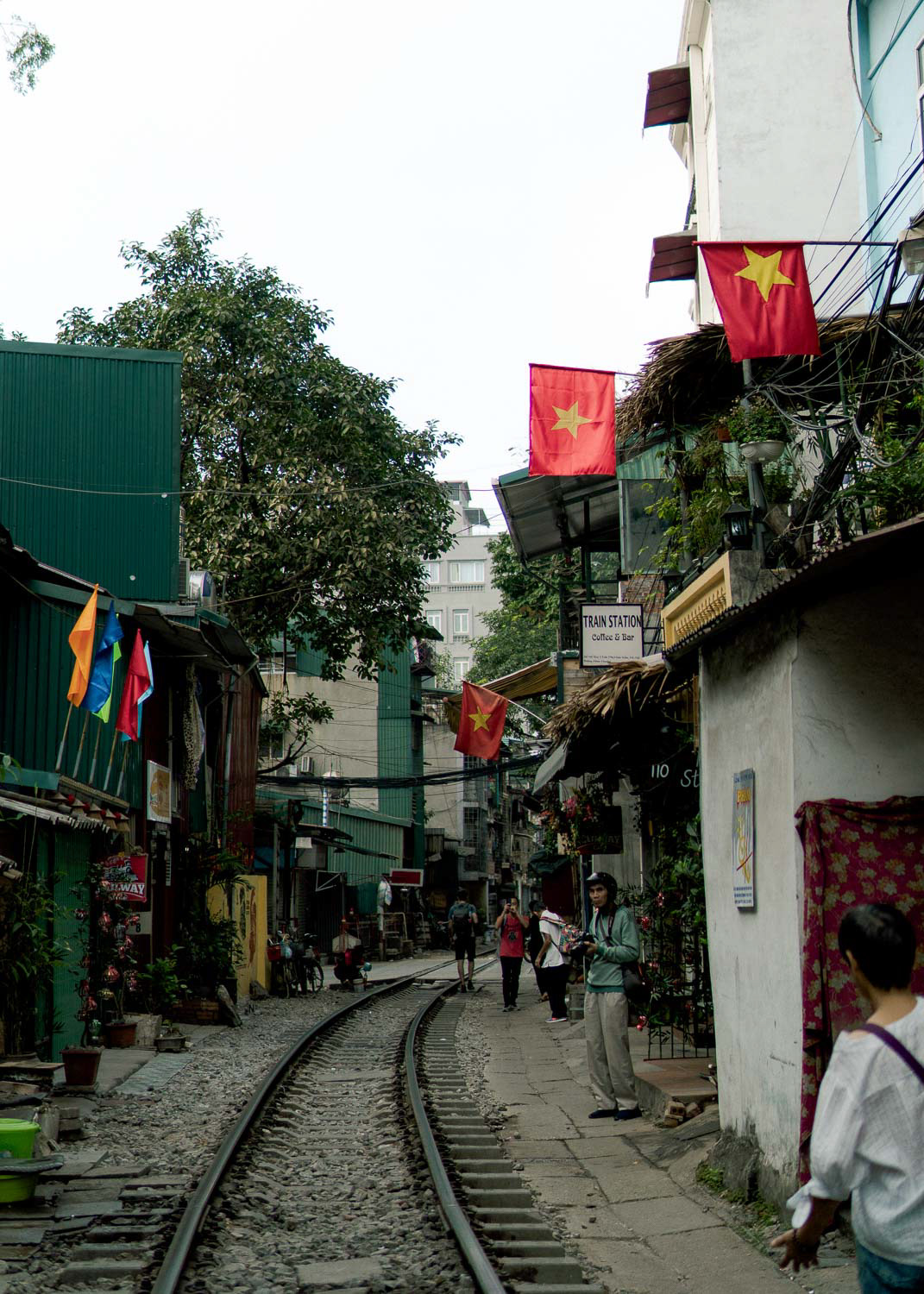 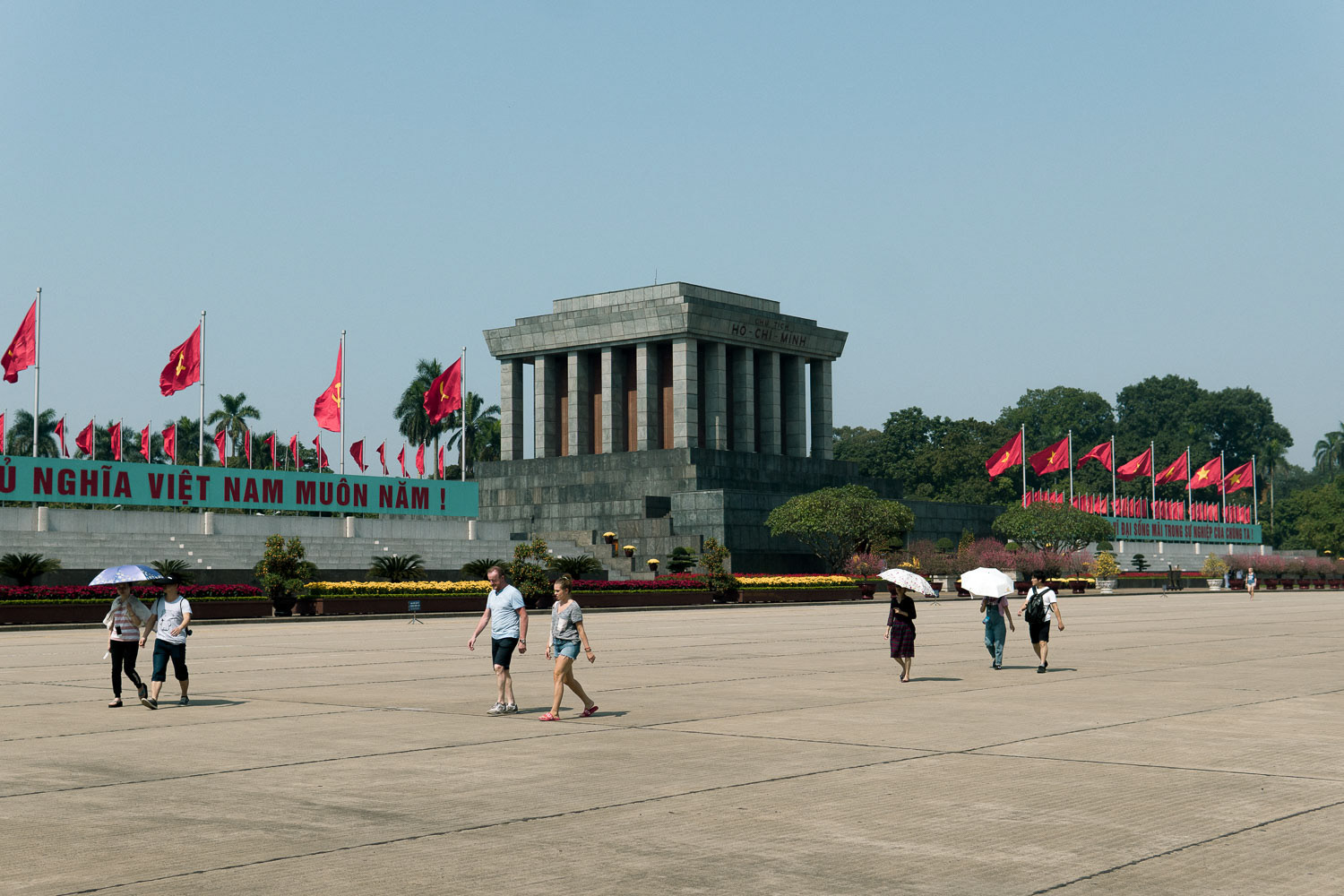 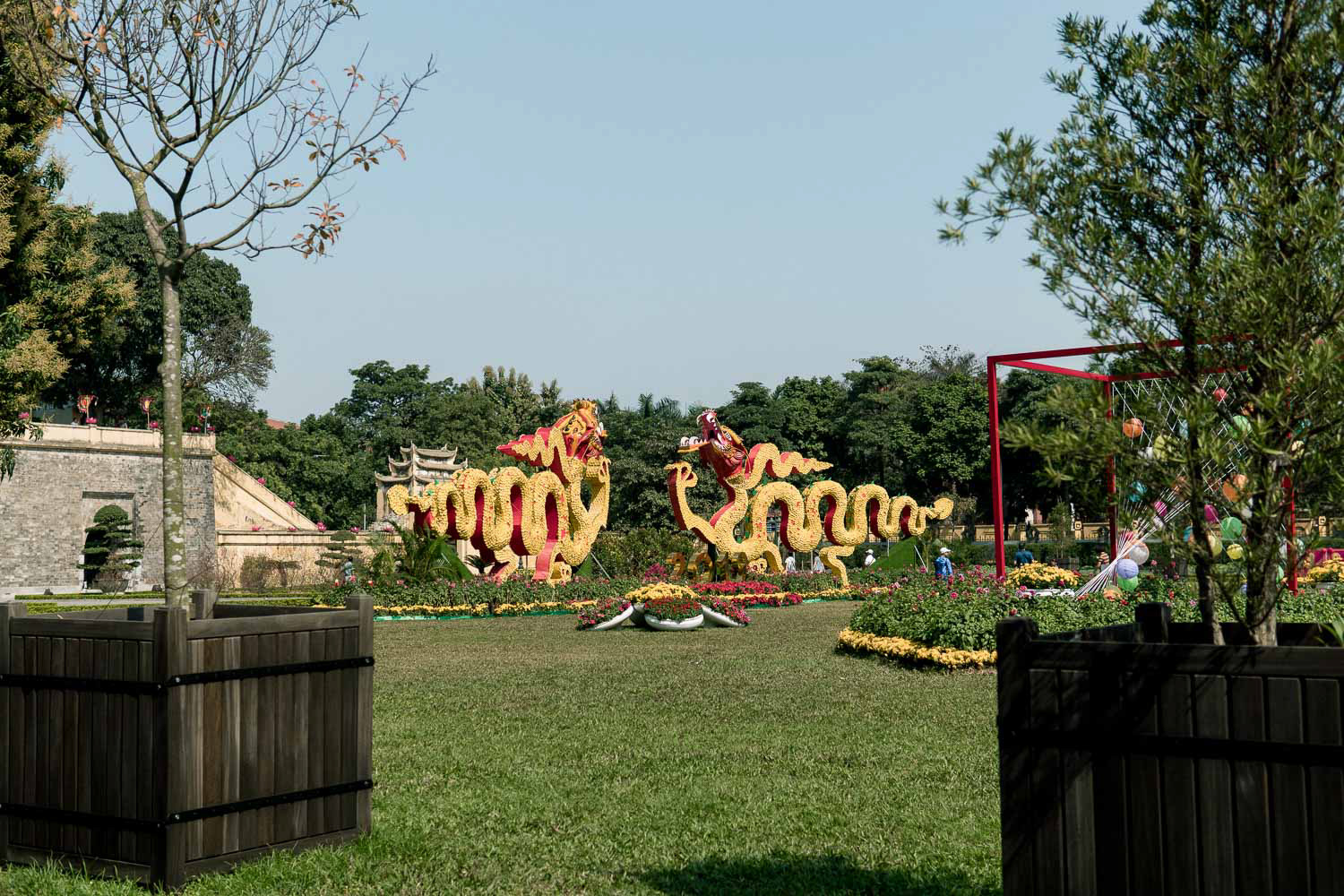 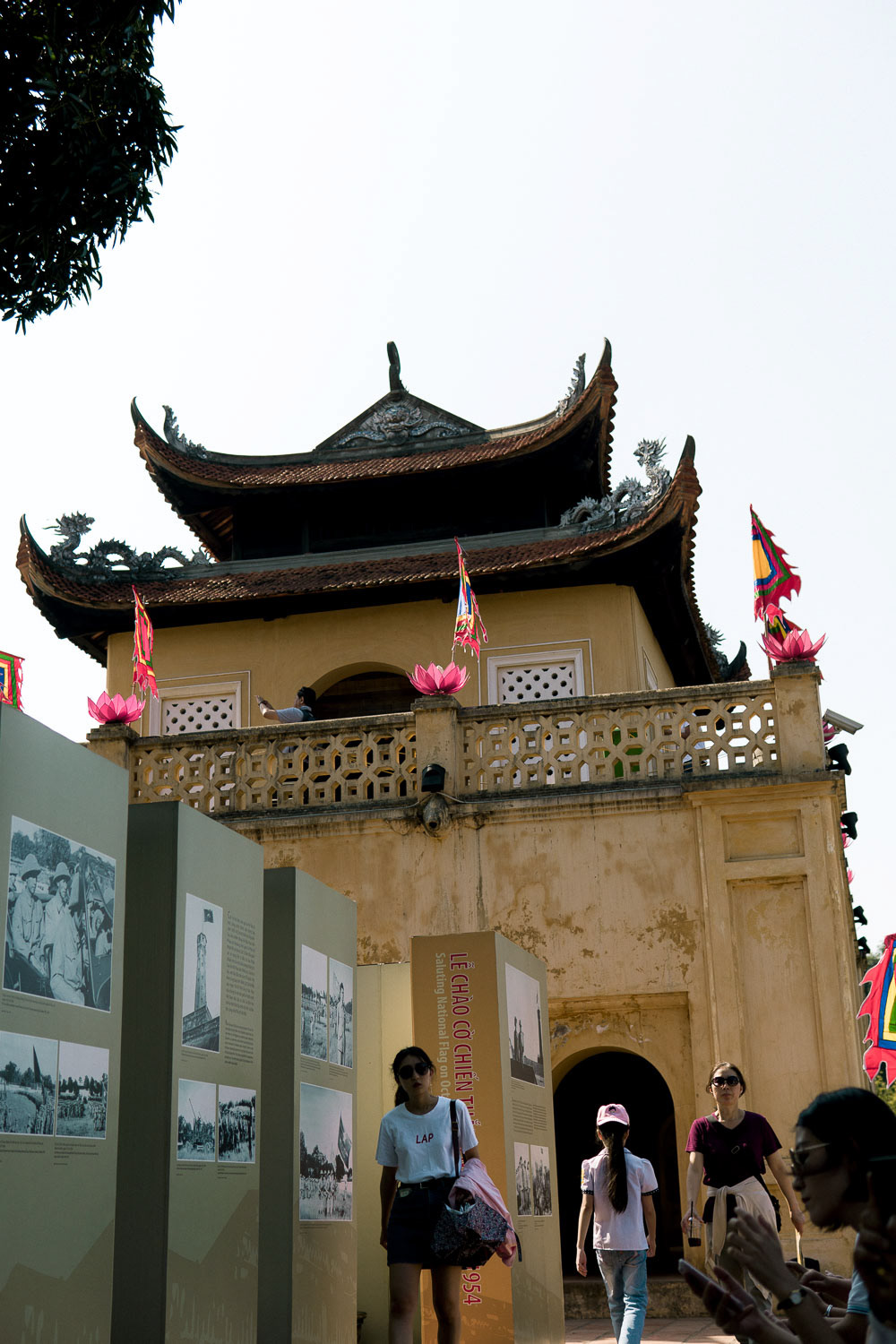 For the most part, I would say it’s possible to get through most of the sights in Hanoi in three days with a stacked itinerary like the one I’ve just mentioned. After a busy but rewarding time in Hanoi, it was time to head to Ha Long Bay. We found a shuttle bus operator in the heart of the French Quarter and booked tickets to Cat Ba for the following day, for around $8USD each.
The Ha Long Bay leg of this trip wasn’t something that I’d given too much thought to. In fact, I hadn’t even banked on visiting until I’d landed in the country. Fortunately, it wasn’t too difficult to get to the Bay and Cat Ba Island, so Brianah and I booked a shuttle bus to Cat Ba, I sorted out accommodation and we were on our way on Friday afternoon. The shuttle bus picked us up in the Old Quarter at around 1pm. The drive ended up being around 3.5 hours, including a short ferry from Hai Phong to Cat Ba. We arrived there in the late afternoon with no real plans other than to explore the island.

As with most things that are an afterthought, I had wondered if the time and money spent on making this travel diversion was actually worth it.

The most popular way to see Ha Long Bay is, of course, by cruise. The second is to do what we did; stay on the island and use it as a base for exploring the surrounding area. Last-minute planning and lack of time meant that we were confined to the island and missed out on getting around by boat.

Cat Ba was an interesting one. This was backpacker country, no doubt. There’s very little in the way of high-end development, although the scaffolding in various parts of the island suggests that it won’t be this way for long. Despite the lack of luxury digs, there were still a good few passable restaurants and bars along the main strip, serving decent fare at reasonable prices (the highlight here was the unbeatable roadside banh mys which we devoured in the early hours of the morning).
Renting a bike allowed me to see a fair bit of the island, although the road quality in certain areas left a lot to be desired.

Unfortunately the trip to Cat Ba was coloured by a negative experience – not for me, but for my co-traveller, Brianah. Walking home late from one of the nearby bars to our hotel (not more than 700m), two men on a motorbike tried to mug her of her purse, dragging her with them as they tried to snatch her belongings. She managed to hold on but suffered bruising and cuts along her leg.

The next day, we headed to Cannon Fort. This was a worthwhile excursion – relatively accessible by bike, not too taxing as a hike, and offered superb views of the island and surrounds. Here's some info on this worthwhile attraction:

“The underground tunnels and trenches were first installed in Cannon Fort by the Japanese, who invaded Cat Ba to use as a military outpost during WWII. Since then the Fort has also been used as a defense post by the Vietnamese during the French and American wars (1954-1975), allowing military troops excellent vantage points to look out for marine and air attacks. Propaganda posters in one of the old bunkers proclaim the success of Vietnamese soldiers at bringing down foreign aircraft with weapons fired from Cannon Fort.” 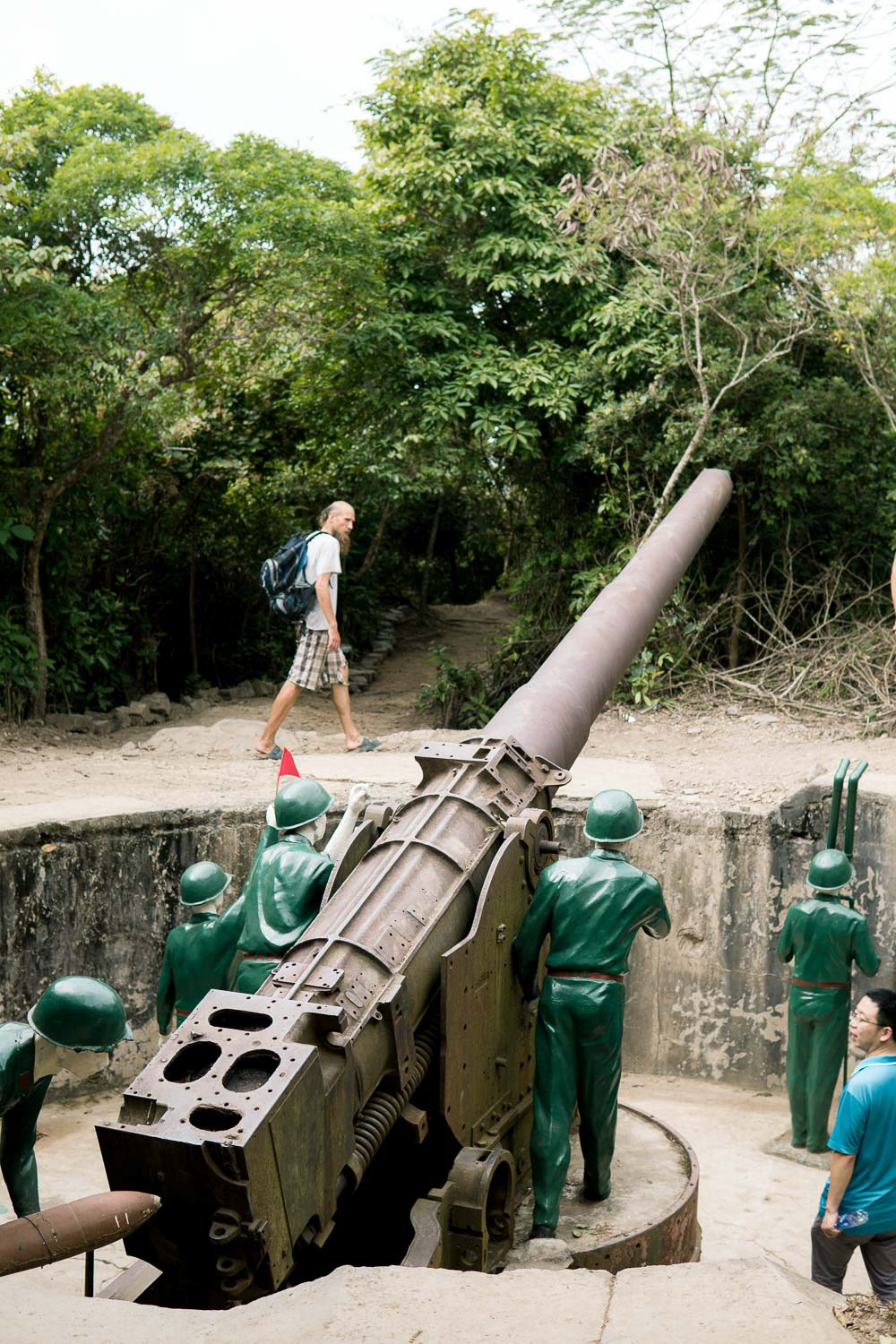 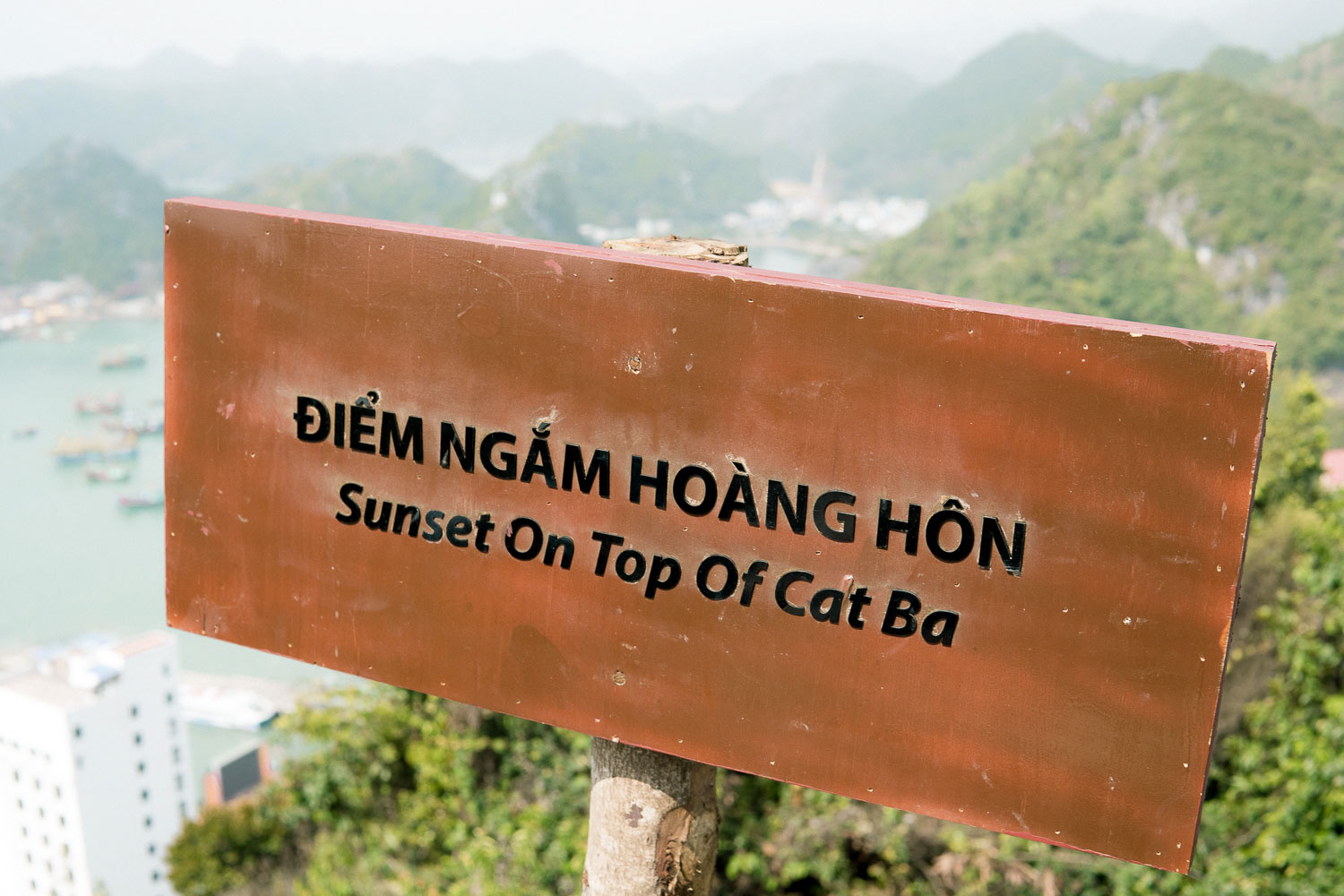 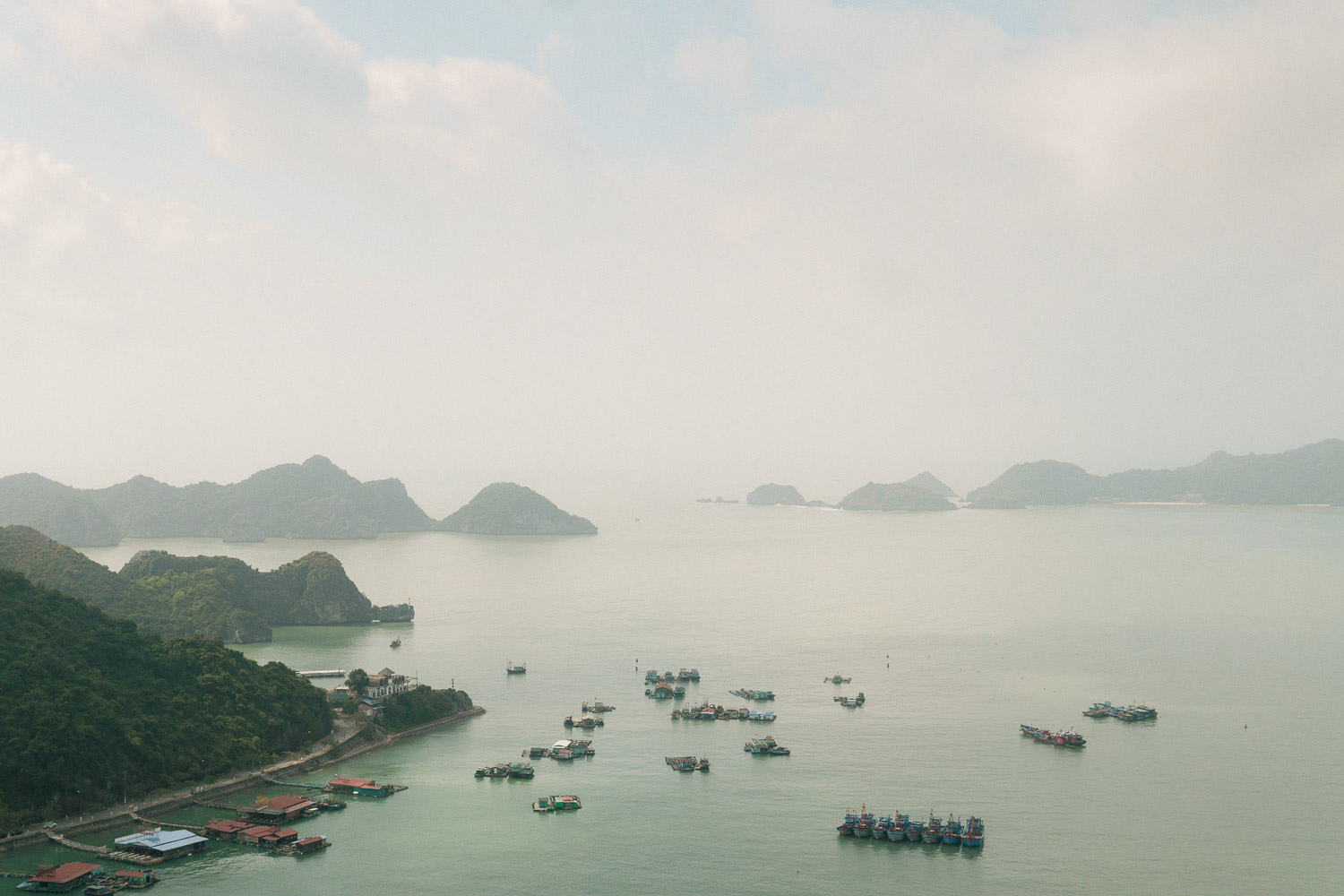 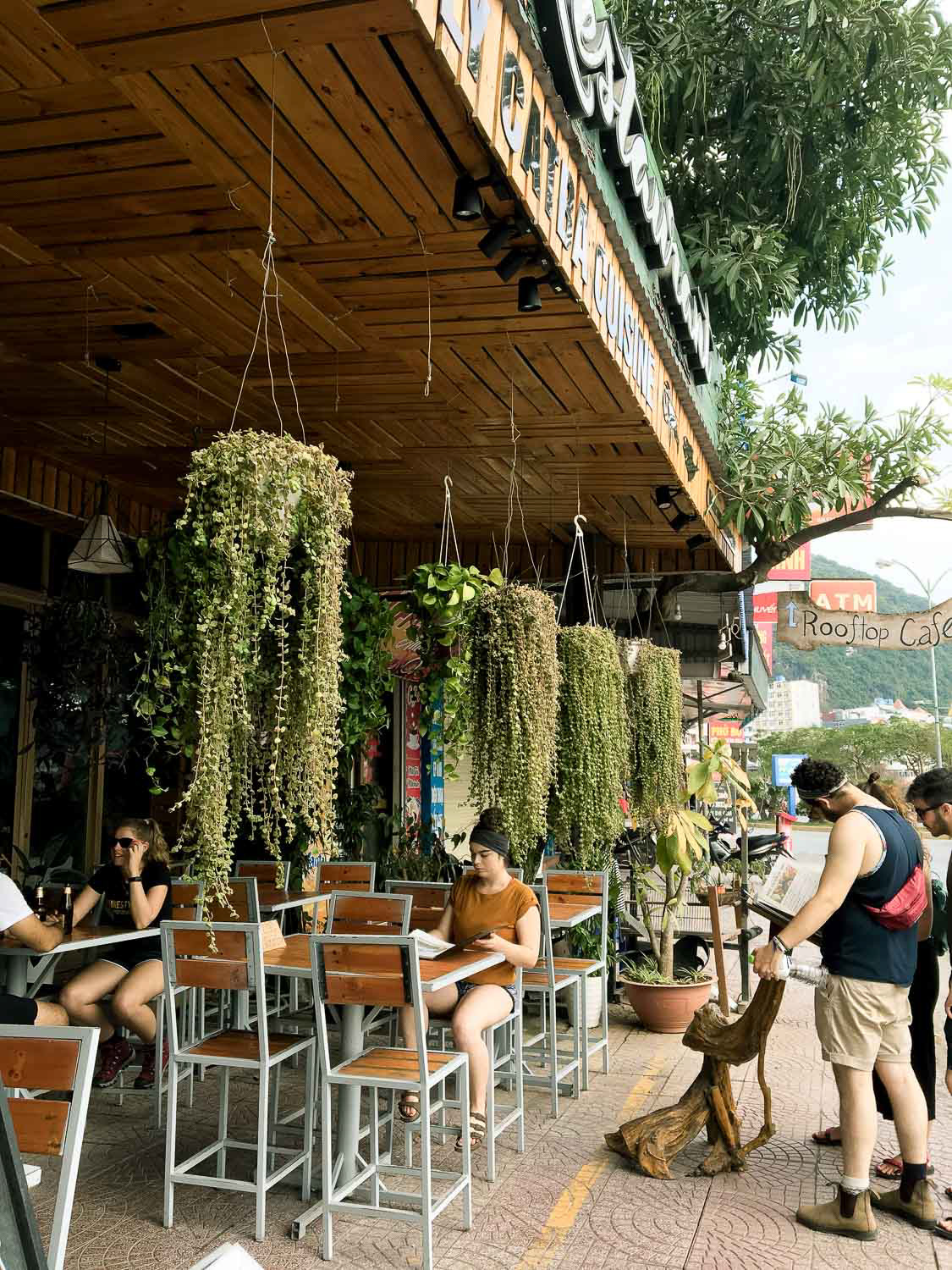 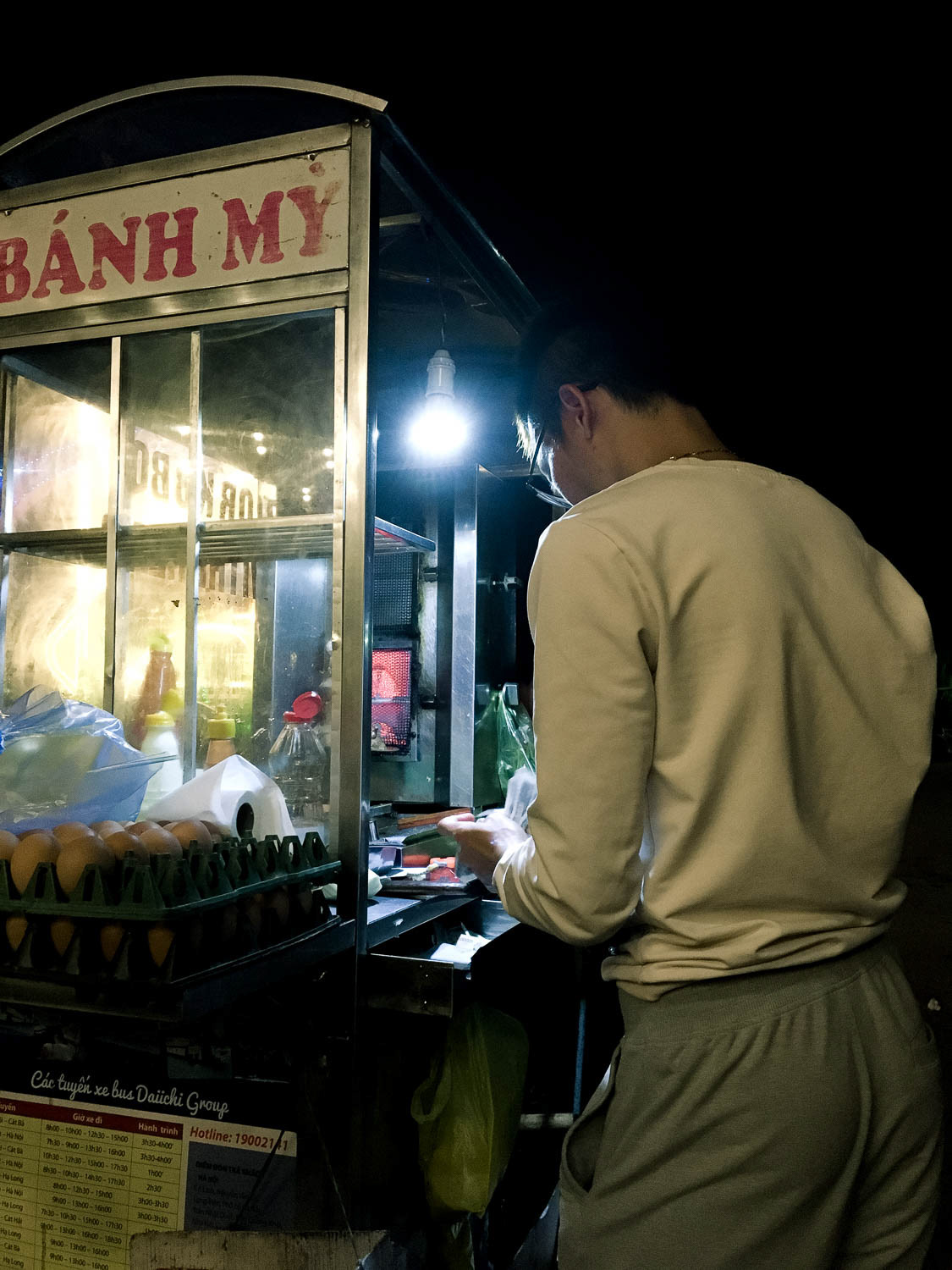 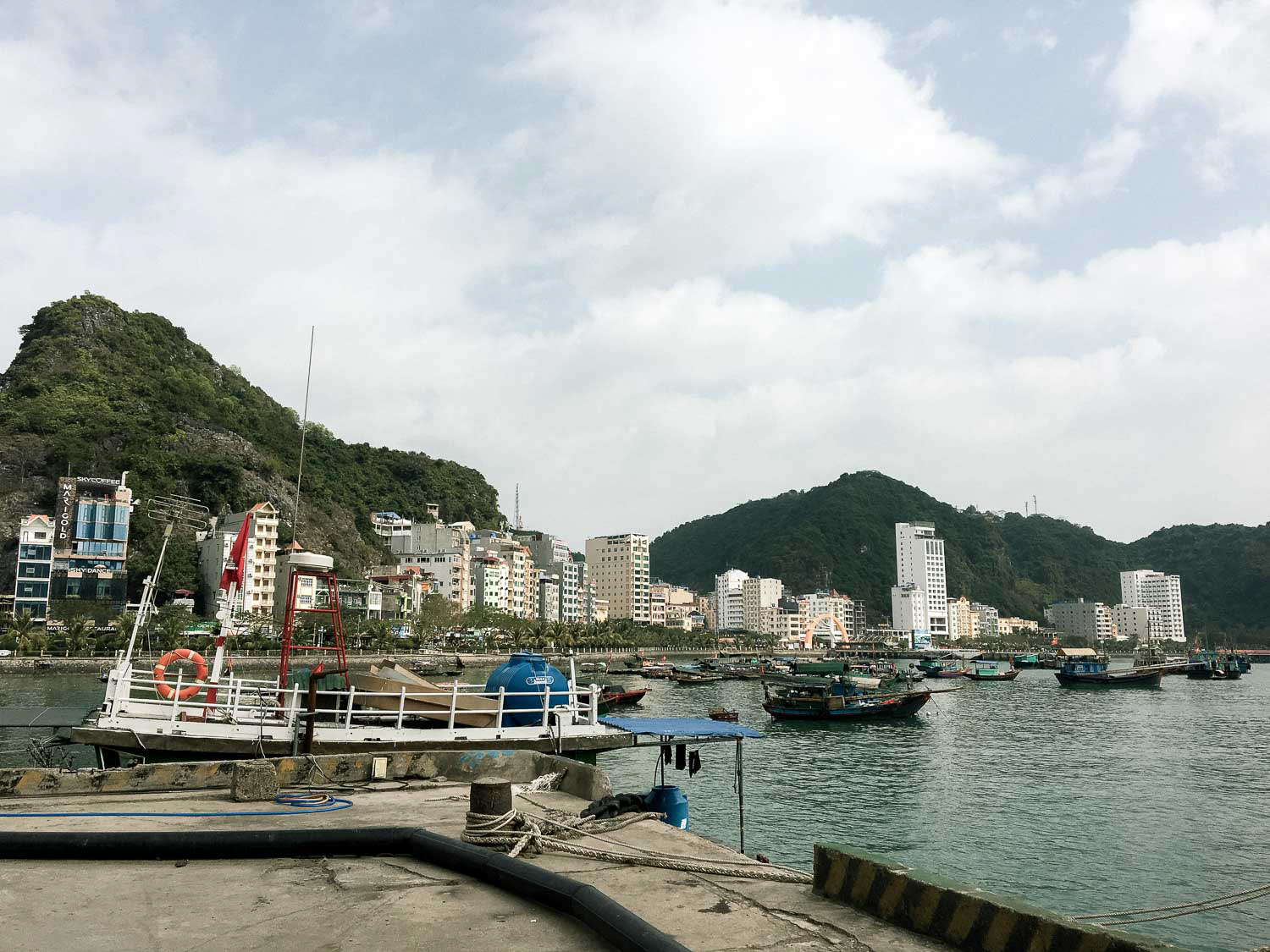 With Cannon Fort wrapped up, we organised a shuttle back to one of the harbours on Cat Ba where we would catch a ferry to Ha Long Bay, stay overnight and then take a bus to Hanoi Airport the next morning before flying south to Hue. What we missed out on the cruise, we made up for on the ferry back, as the views from the ship were nothing short of unreal. Colossal, imposing limestone cliffs that jut out into the ocean; a warning to all who try to tame this part of the world.

In a bizarre turn of events, the Airbnb in Ha Long Bay which Brianah had booked was suddenly unavailable, and we were temporarily left stranded. The haphazard Vietnamese bus system to the rescue, we found a bus going to Hanoi, booked an Airbnb close to the airport and arrived in the capital a few hours later. I met up with some friends from SA at a coffee shop in My Dinh that evening.
Having conquered Hanoi and Cat Ba, we rested up before our flight to Hue the following day.