Some film stocks are just so quintessentially nostalgic that they occupy a special place in film folklore.
I was actually surprised that this was my first roll of Kodak Gold (I’d only shot ColorPlus 200 and Ultramax 400 before this, as far as colour Kodak stocks go). With South Korea shaking off the ghosts of a long winter, I really wanted to capture some of the emerging spring foliage and all the outdoor activity that comes with ushering in a warmer season.
I was not disappointed in the slightest. 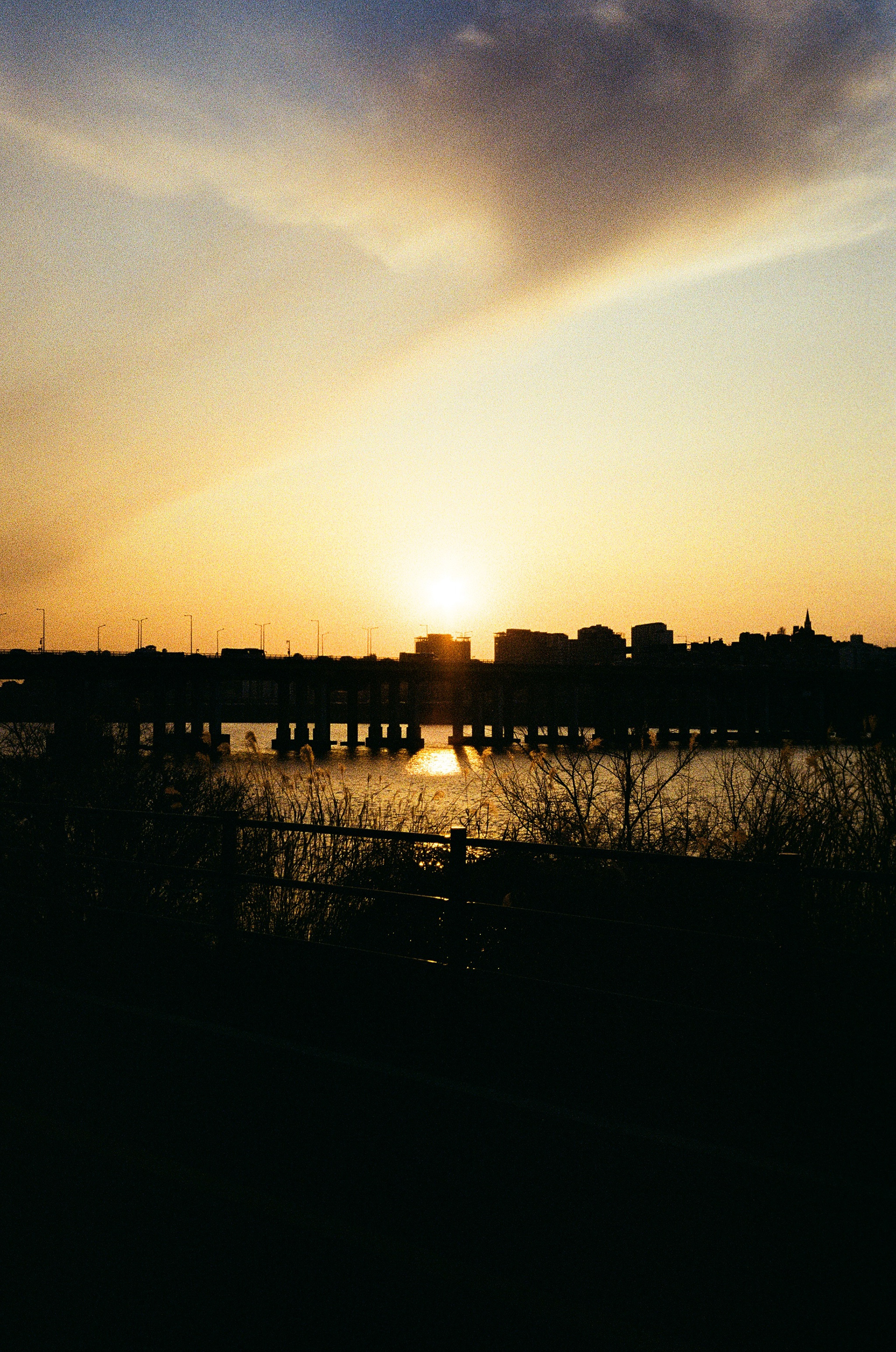 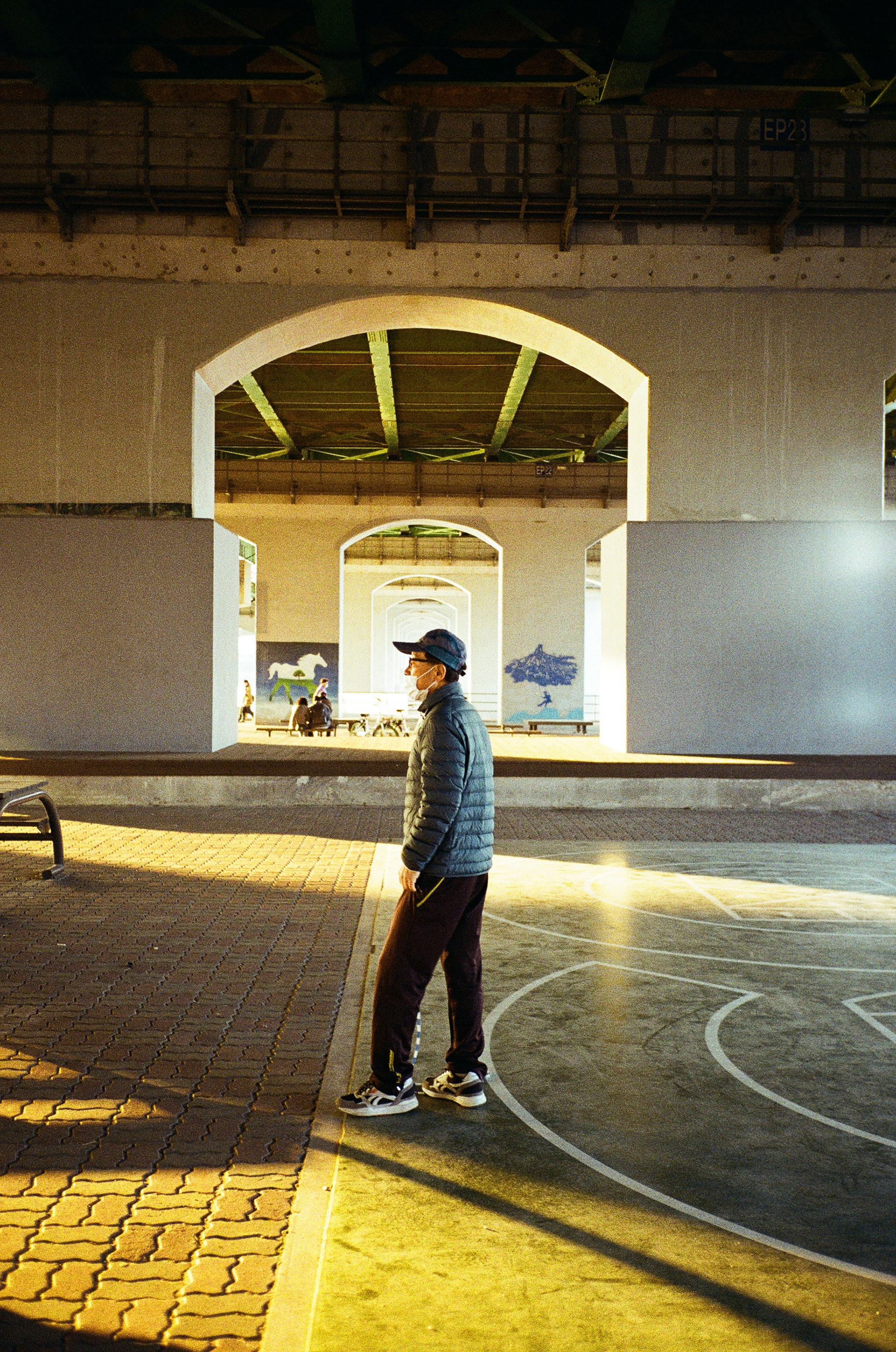 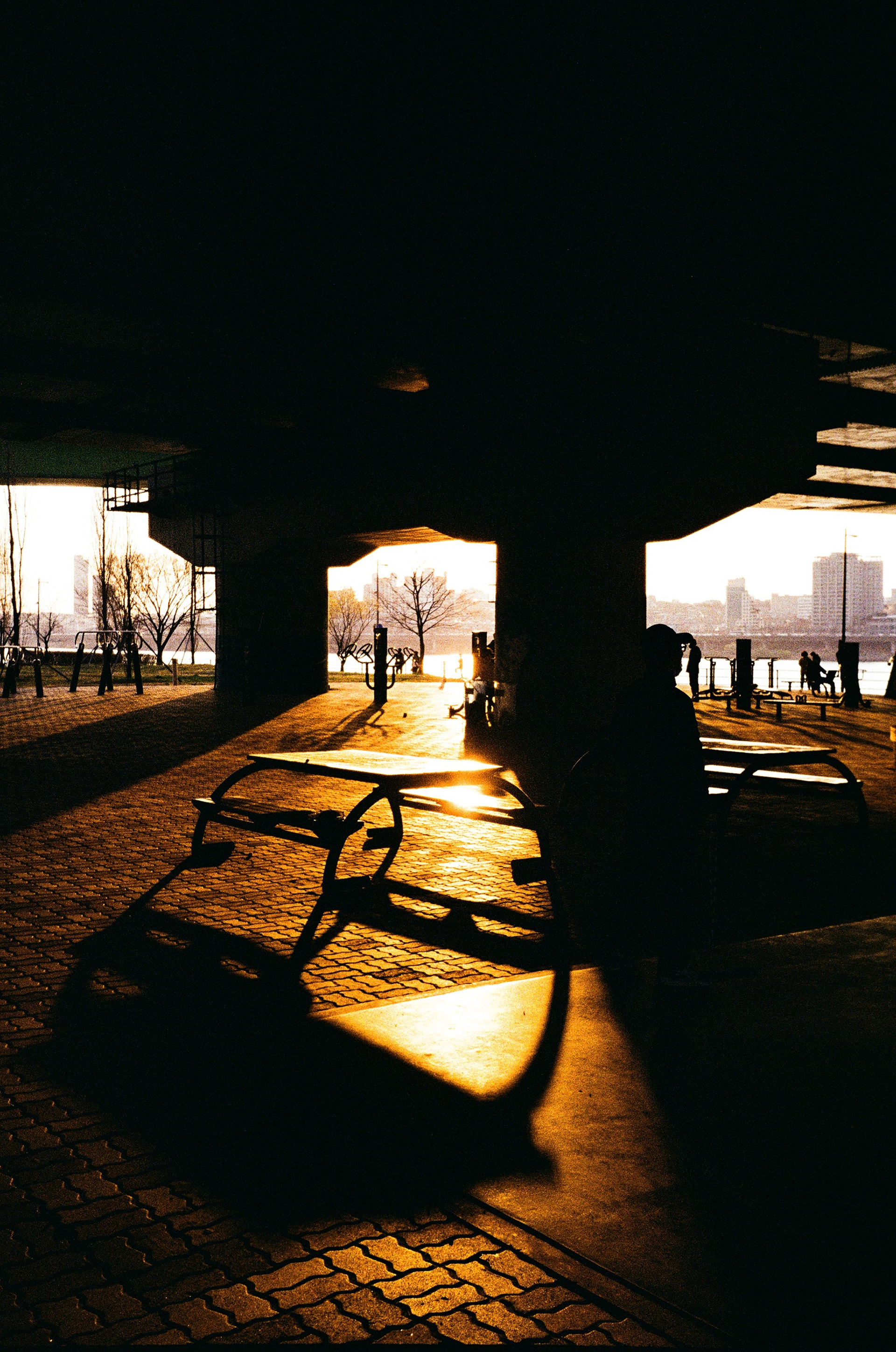 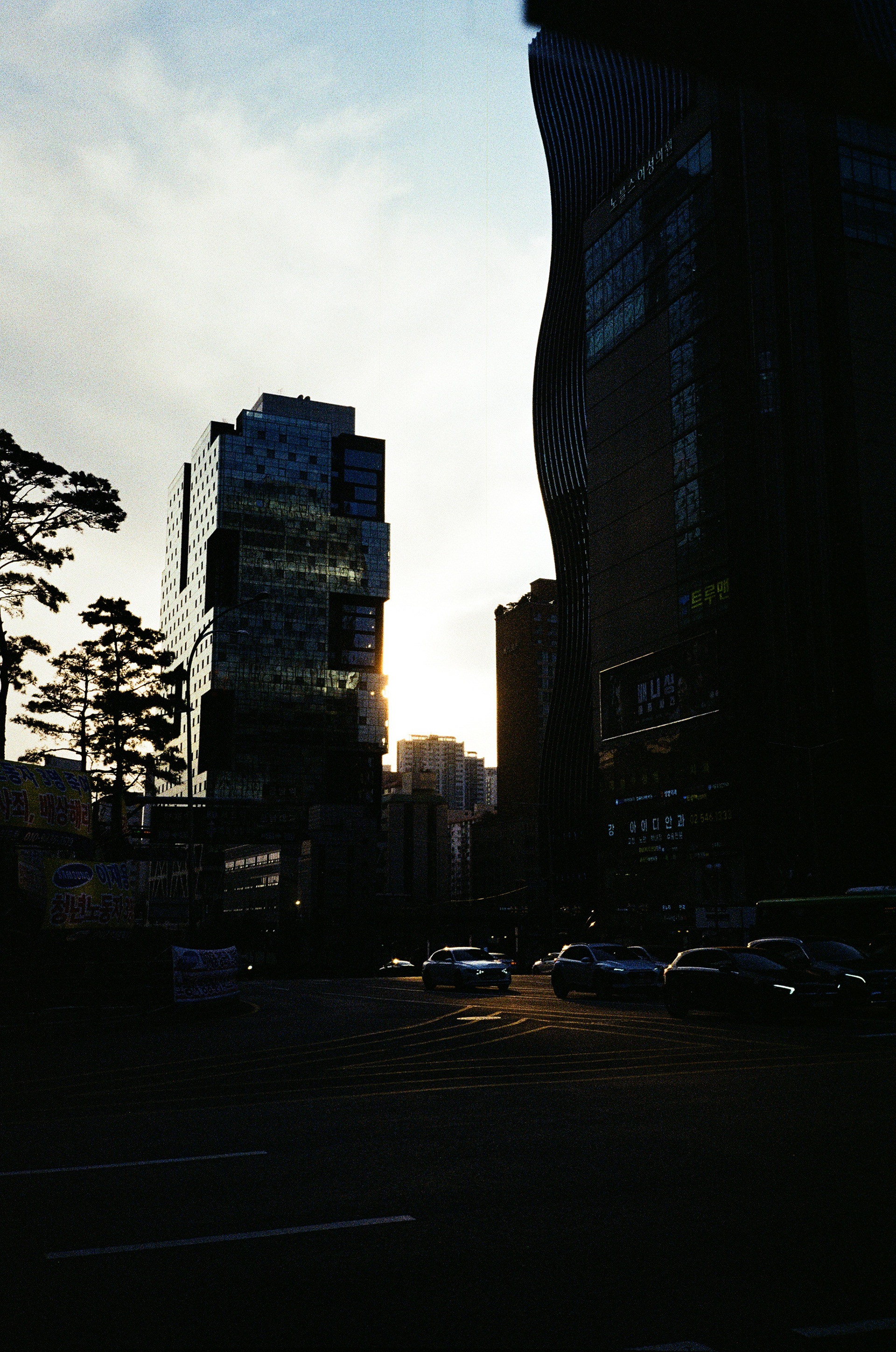 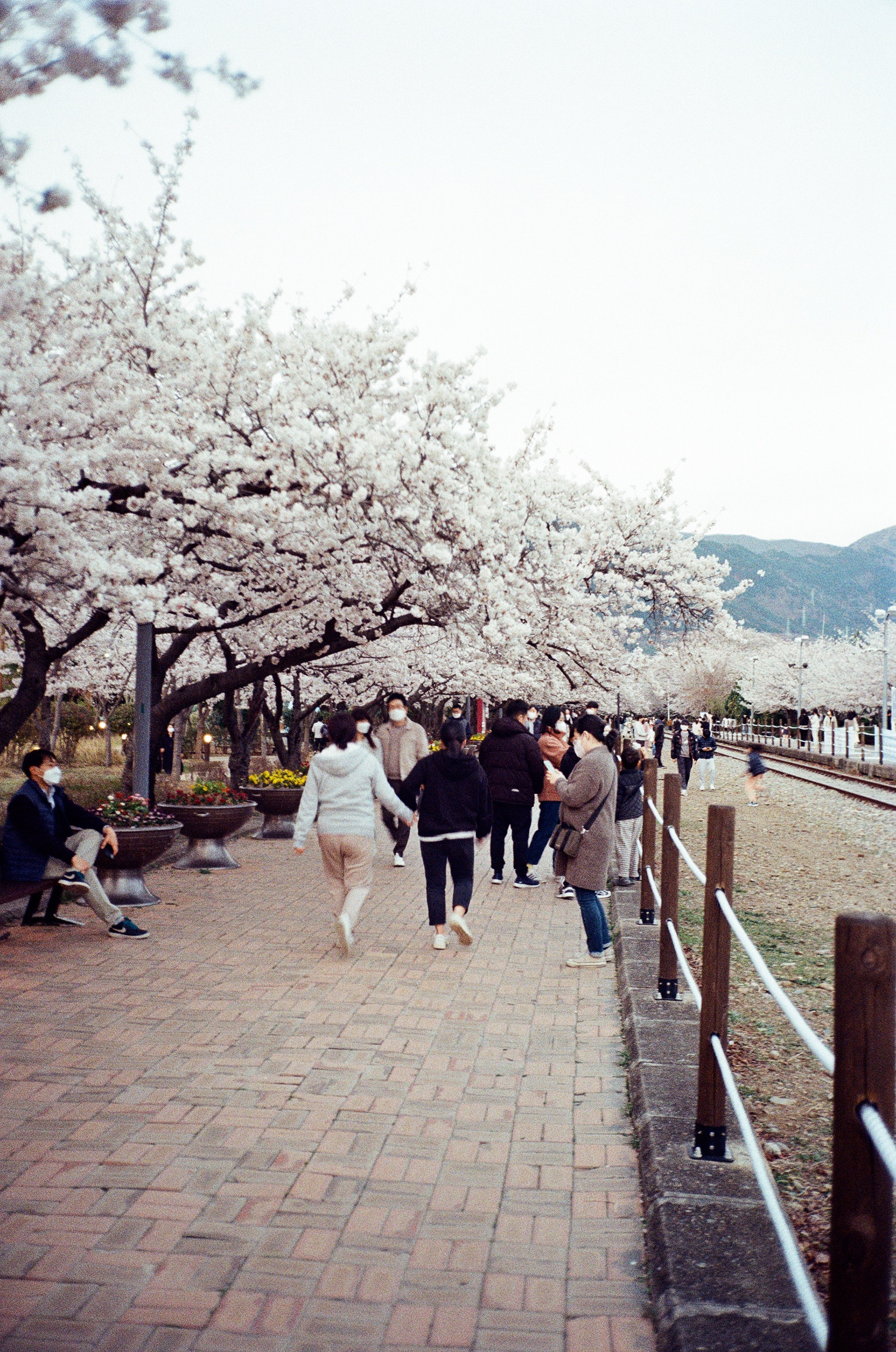 I shot the bulk of this roll over a weekend when I was in Seoul, with scenes from early afternoon, through to golden hour, well into the night, and then the next day at high noon as well. Unsurprisingly, it was the golden hour shots which were most striking, and, strolling around Banpo Park on a cool spring evening, and with golden streams of light flowing in through the towering bridge pillars, coupled with the swell of activity, I managed to bag some absolutely scintillating sunset shots. The long shadows were a photographers’ dream, and to be frank, it had been a while since I’d felt this way – as if I’d struck gold (no pun intended) with a setting that just begged me to take out my camera and fire away. It’s a special feeling, as most photographers will attest to, and this film did justice to what was an absolutely sublime sunset.
There were other scenes that I had shot, too, such as the cherry blossoms in Jinhae, a neighbourhood market and a couple of views from my apartment, but it was the Seoul shots that I most enjoyed from this roll. The colour rendition is simply more distinctive than any other colour stock I’ve shot so far (save for perhaps Cinestill 800t). This stock leans into warmer tones while not being overly saturated. It does a lovely job on skin tones, too, and the contrast levels are generally perfectly balanced. 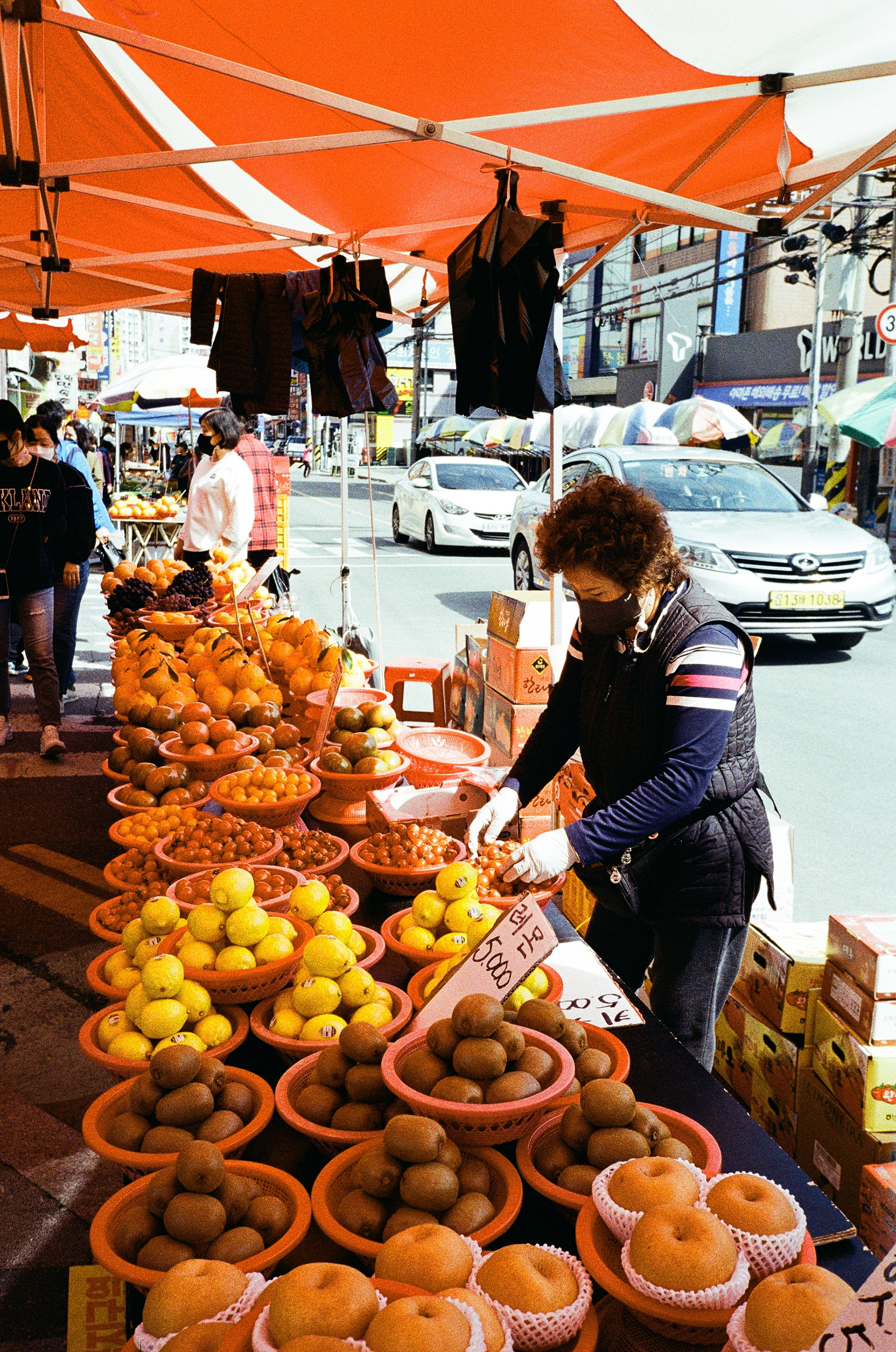 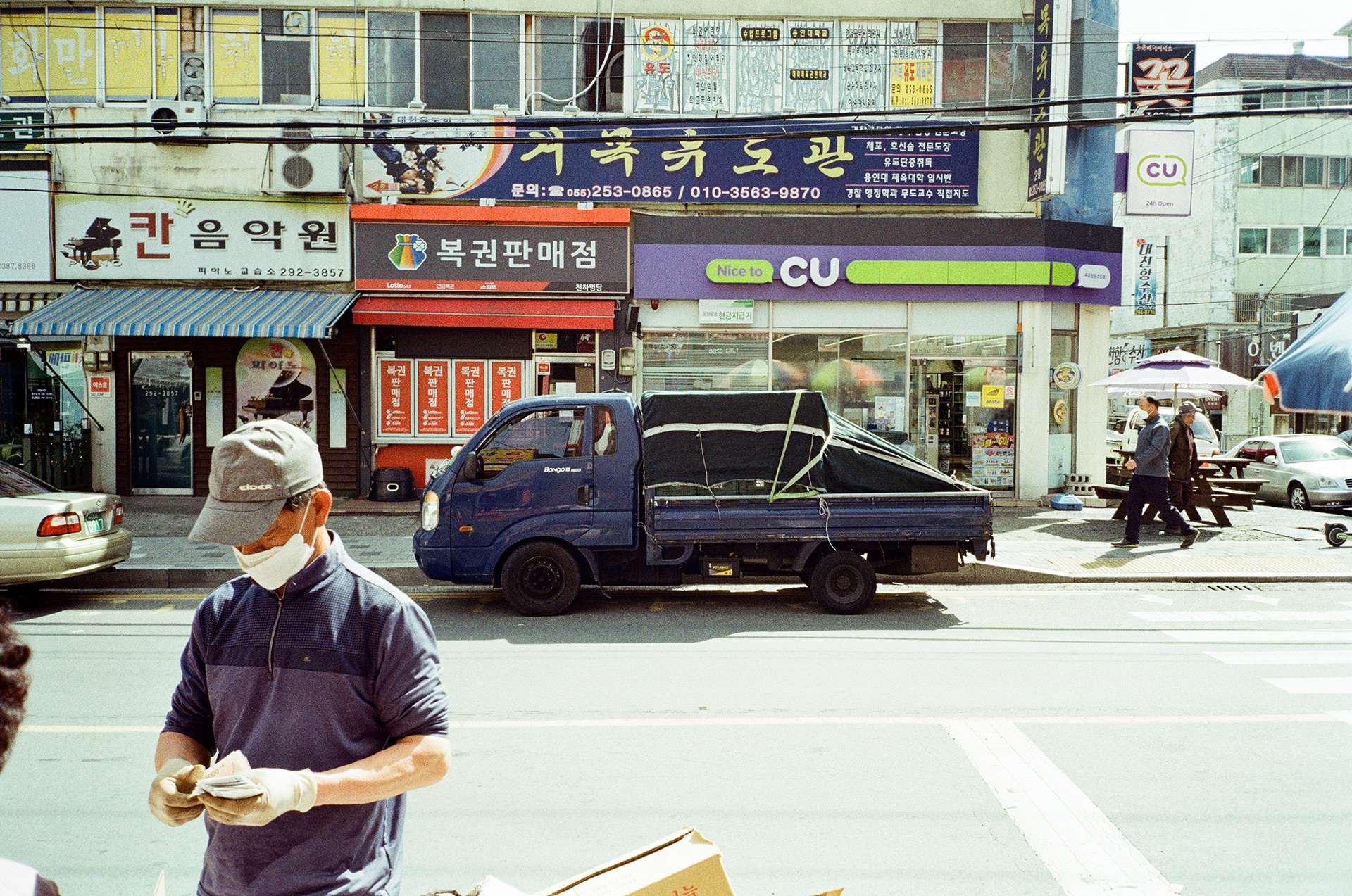 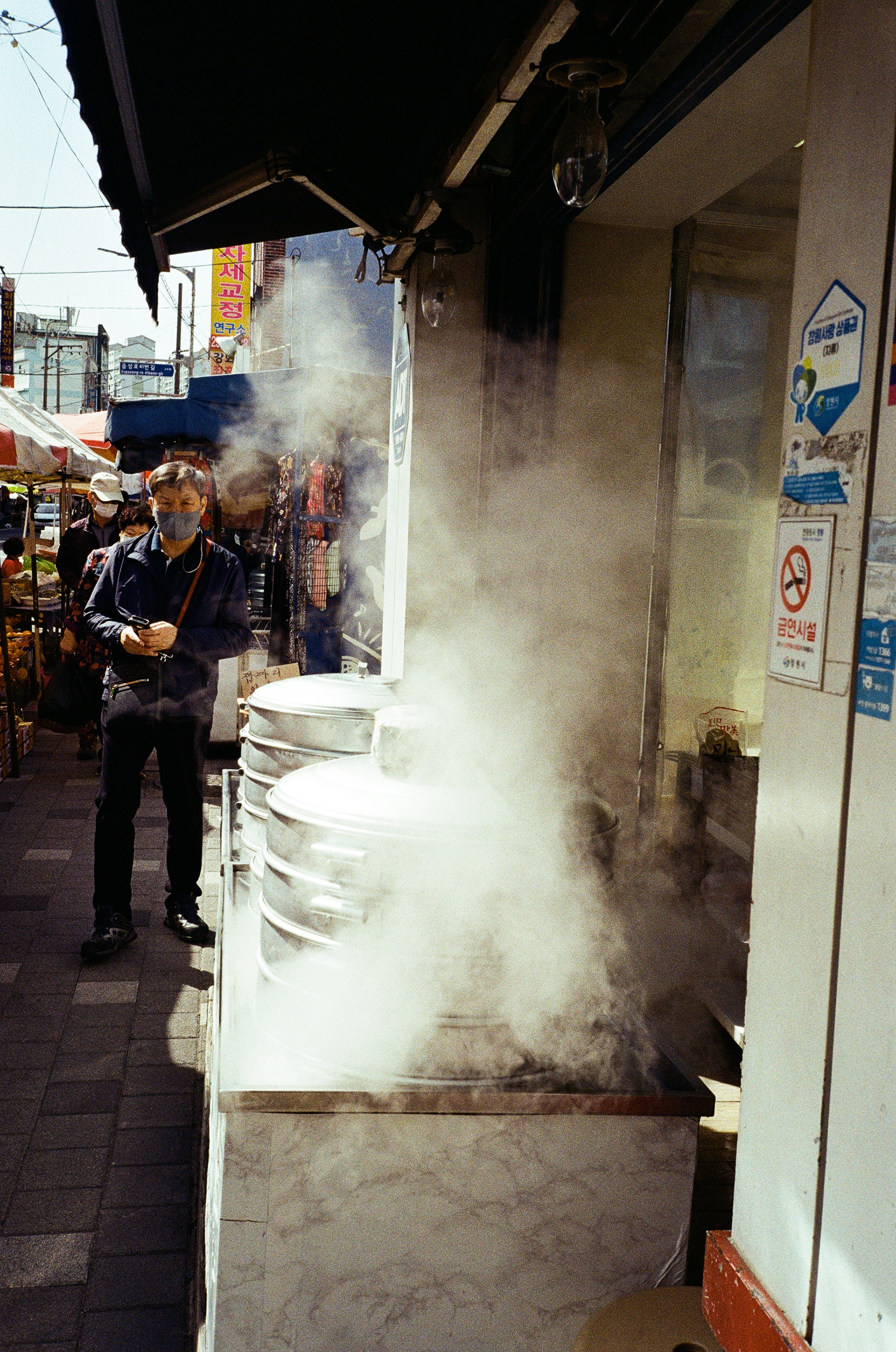 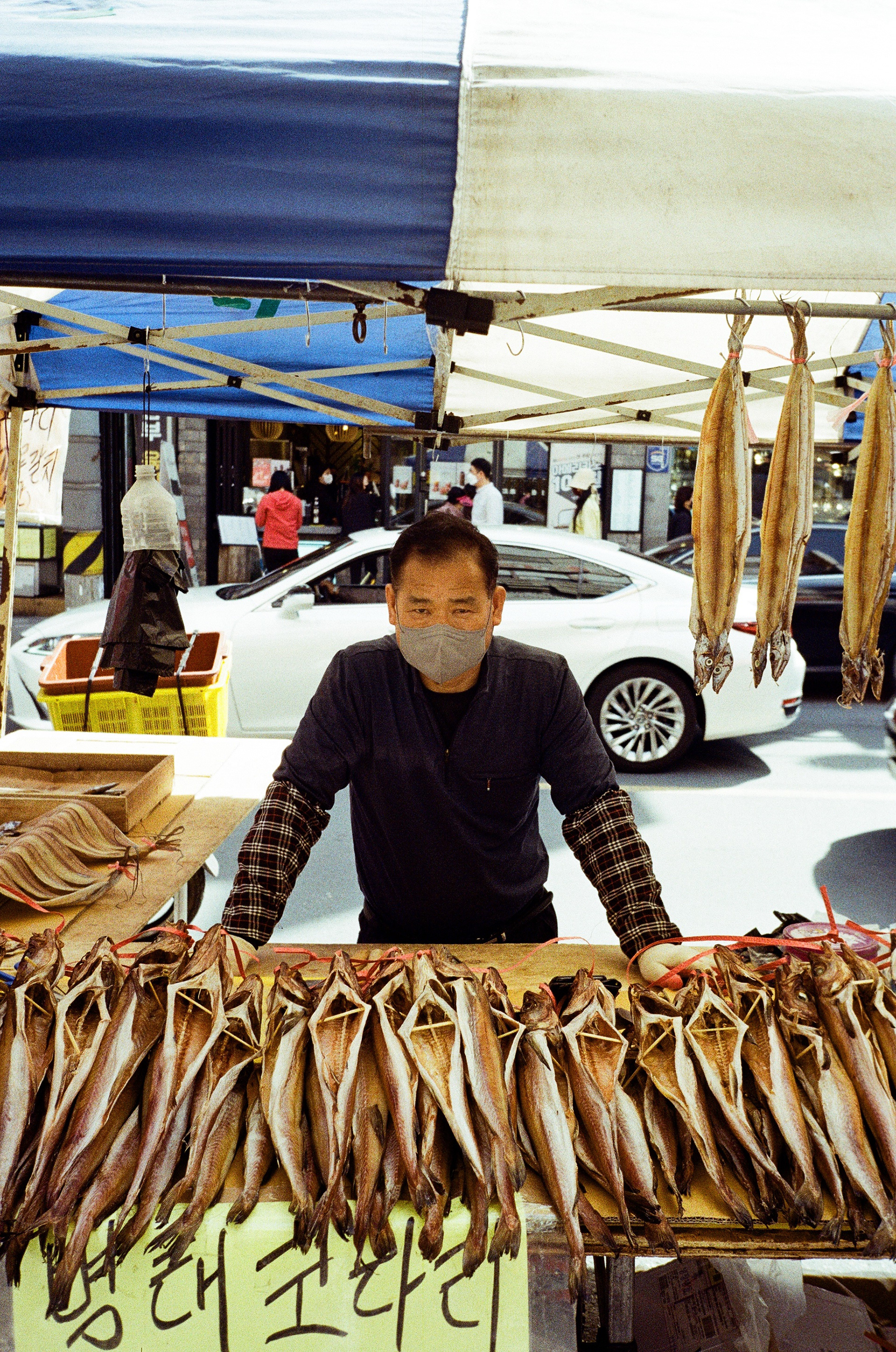 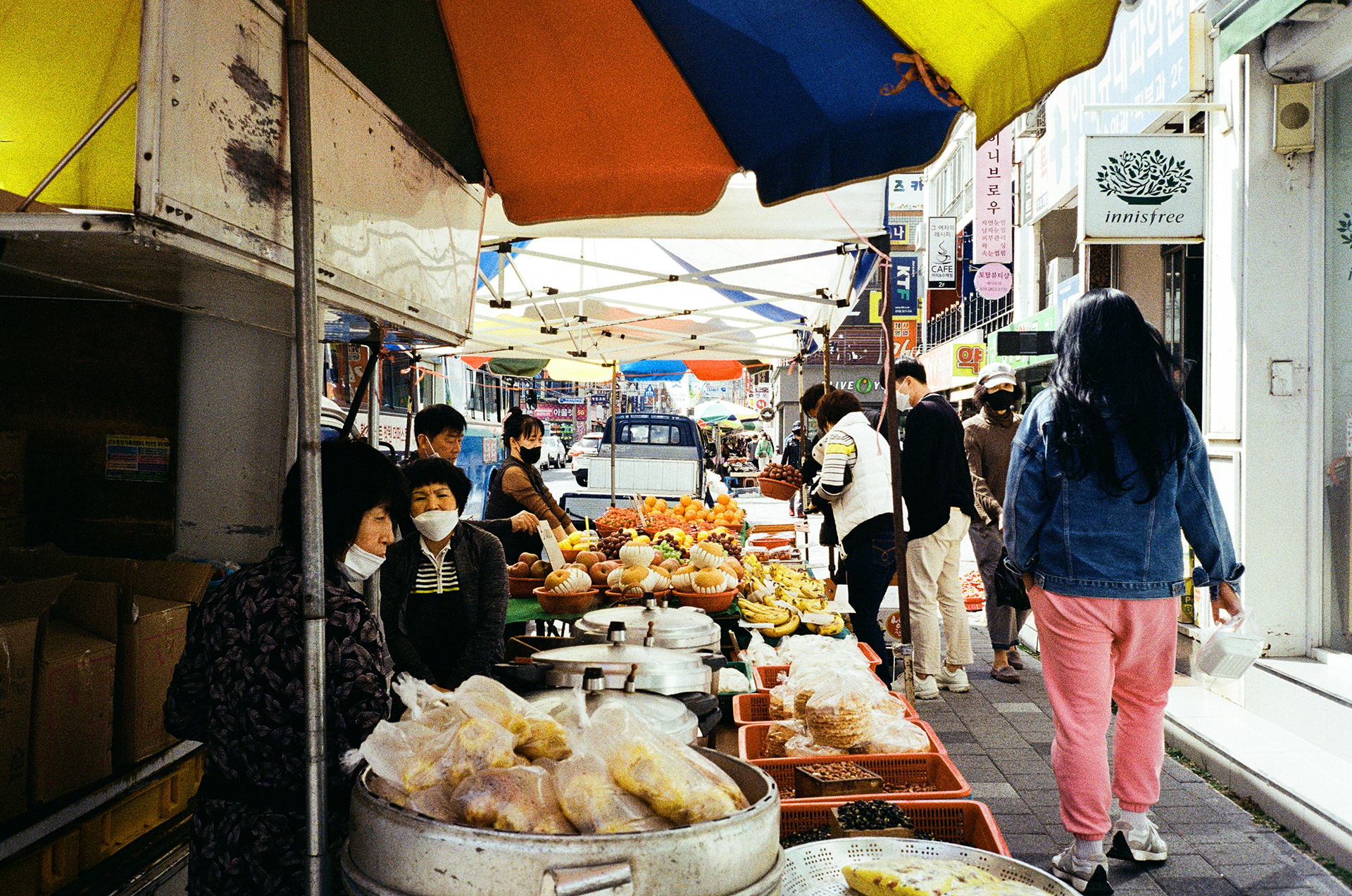 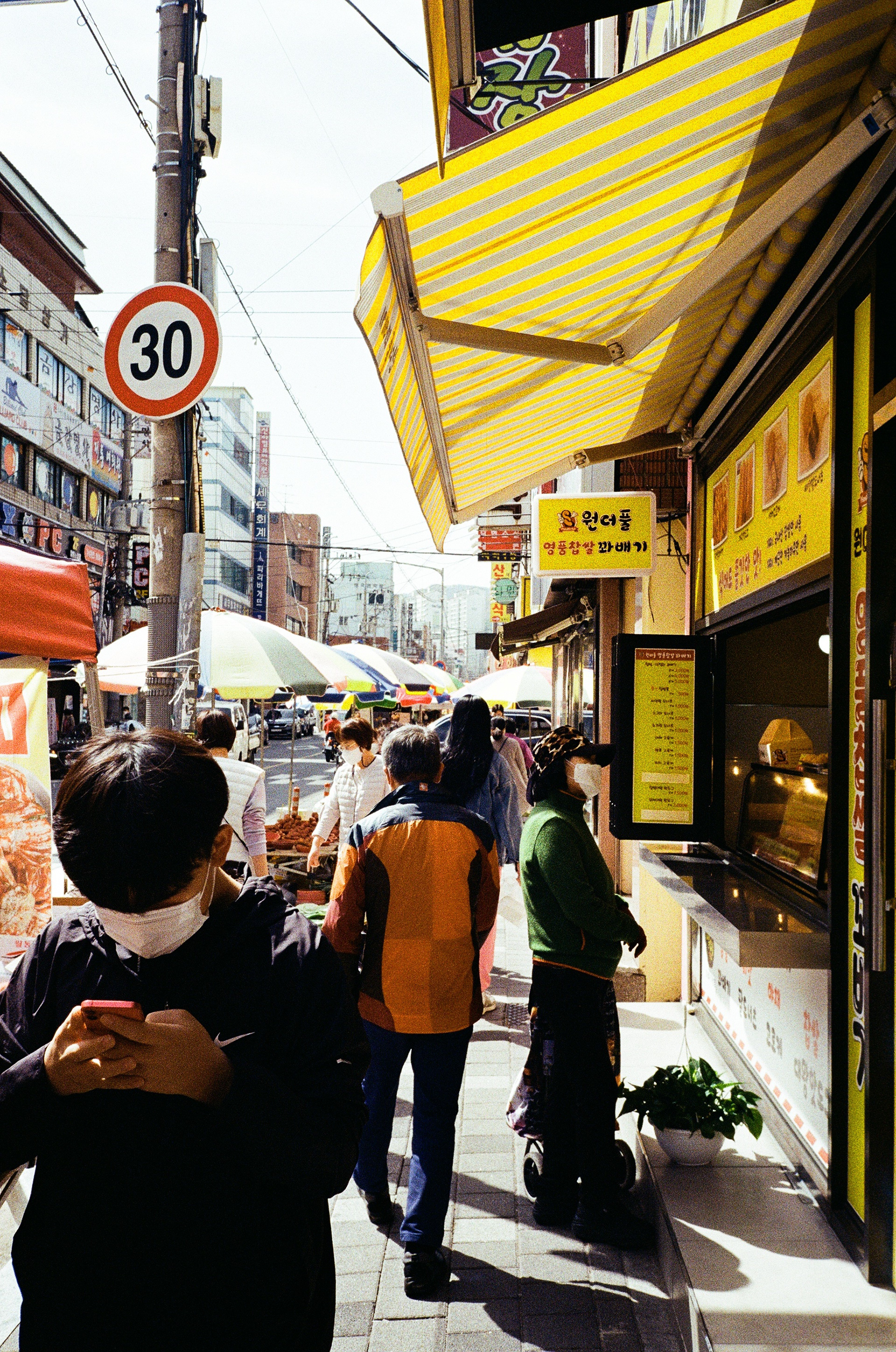 The couple of night shots that I took show that this is a stock which can hold its own after dark, particularly when it comes to the typical LED lighting which adorns most South Korean downtown districts. 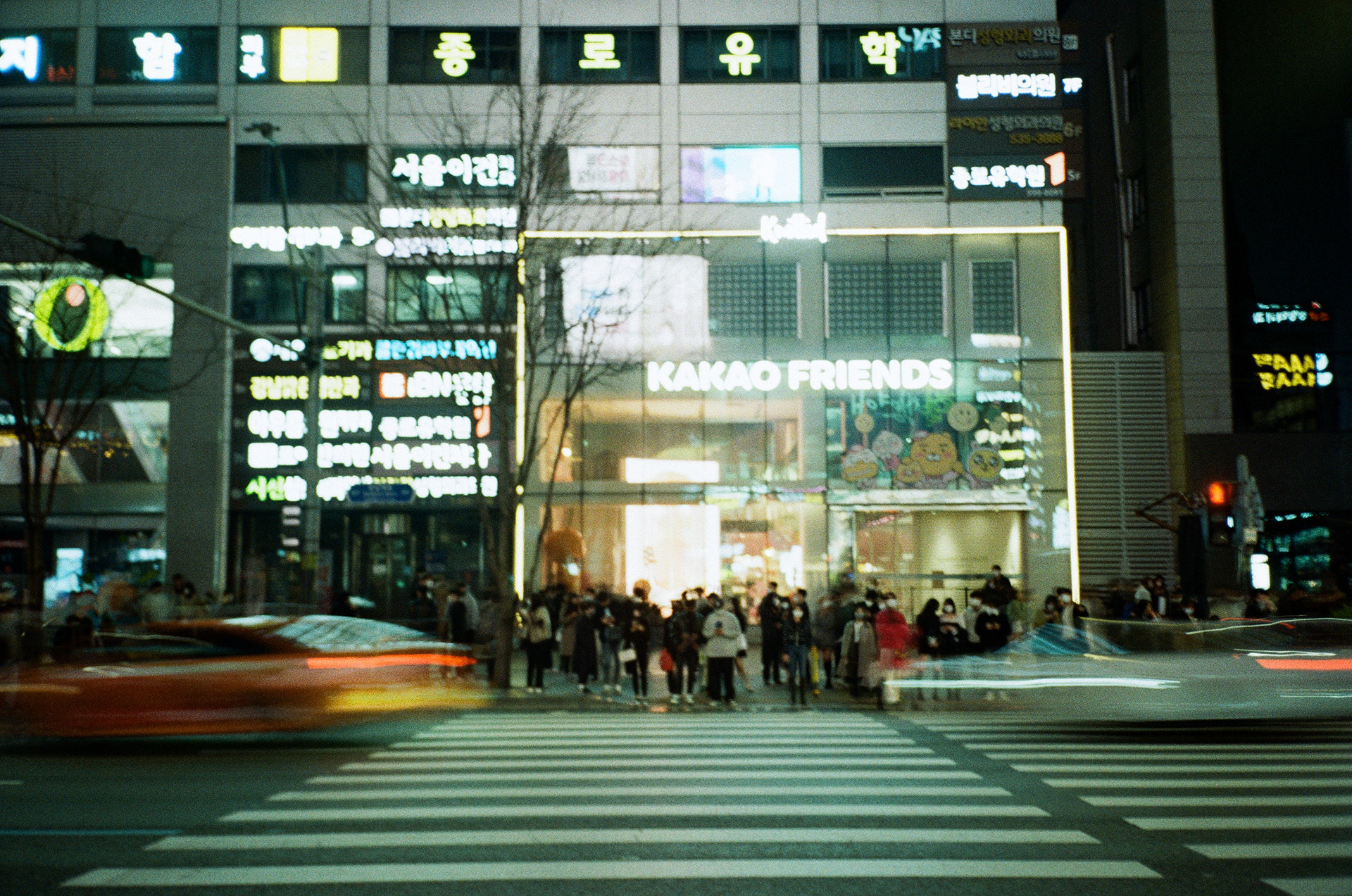 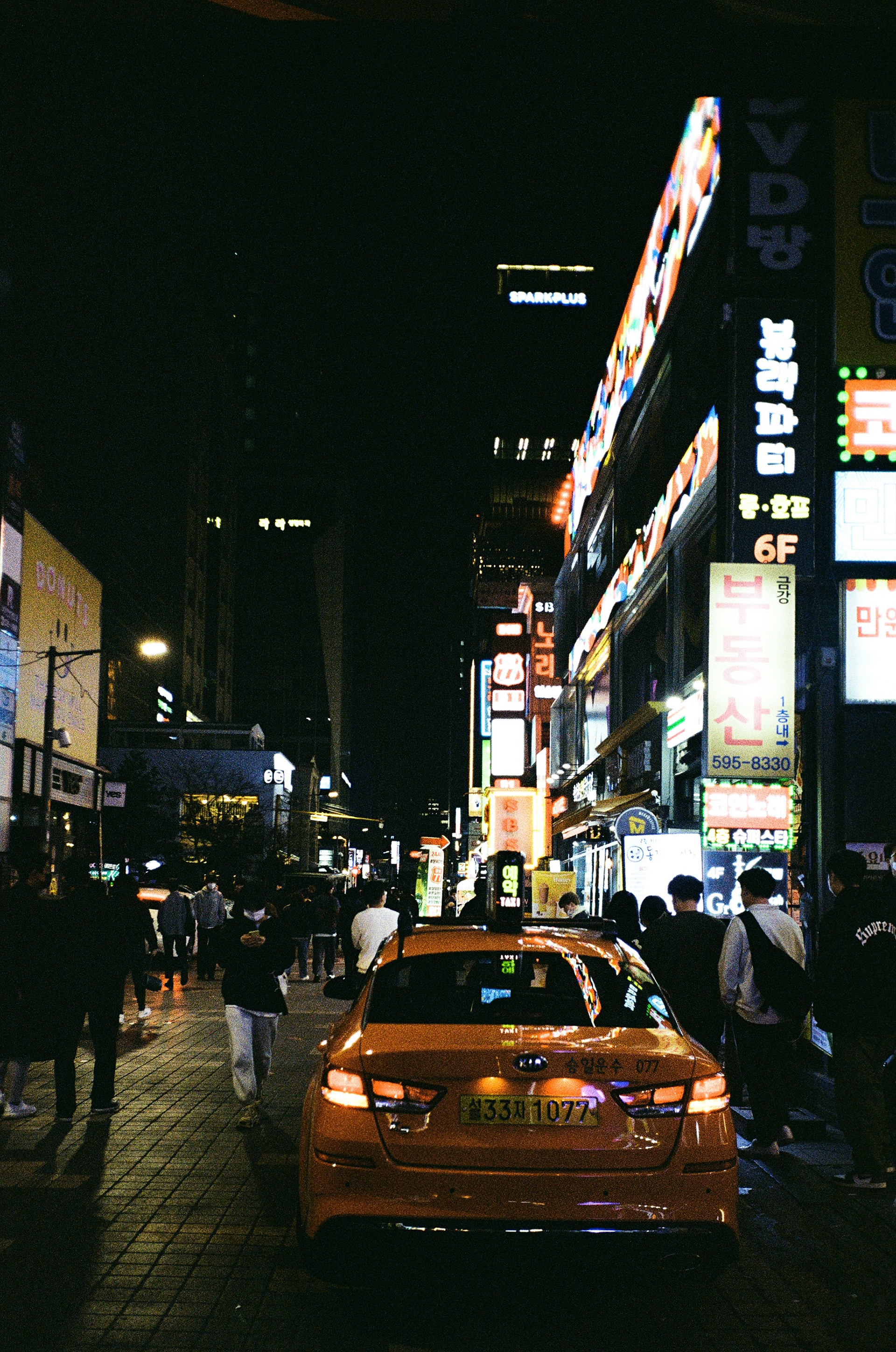 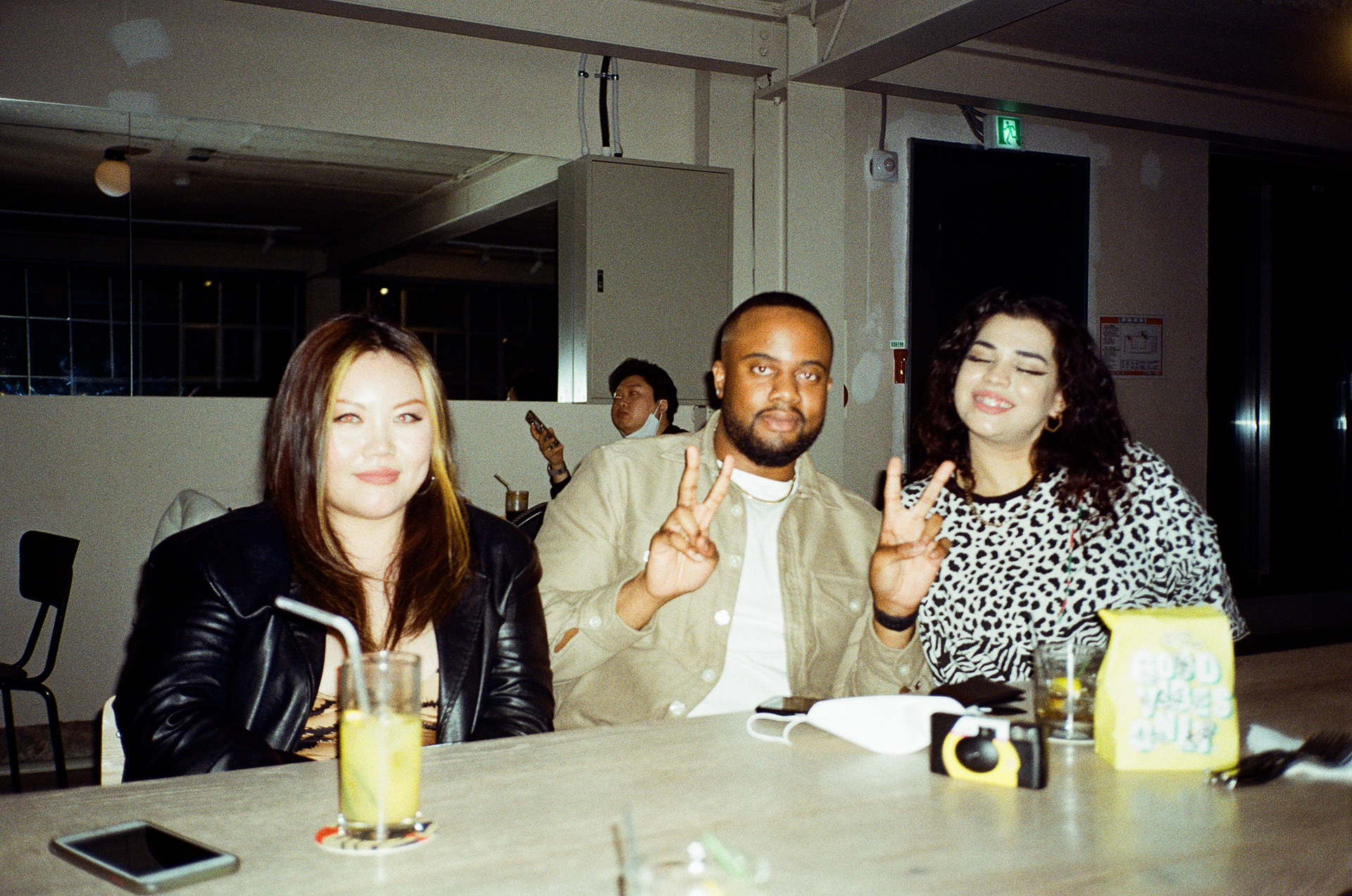 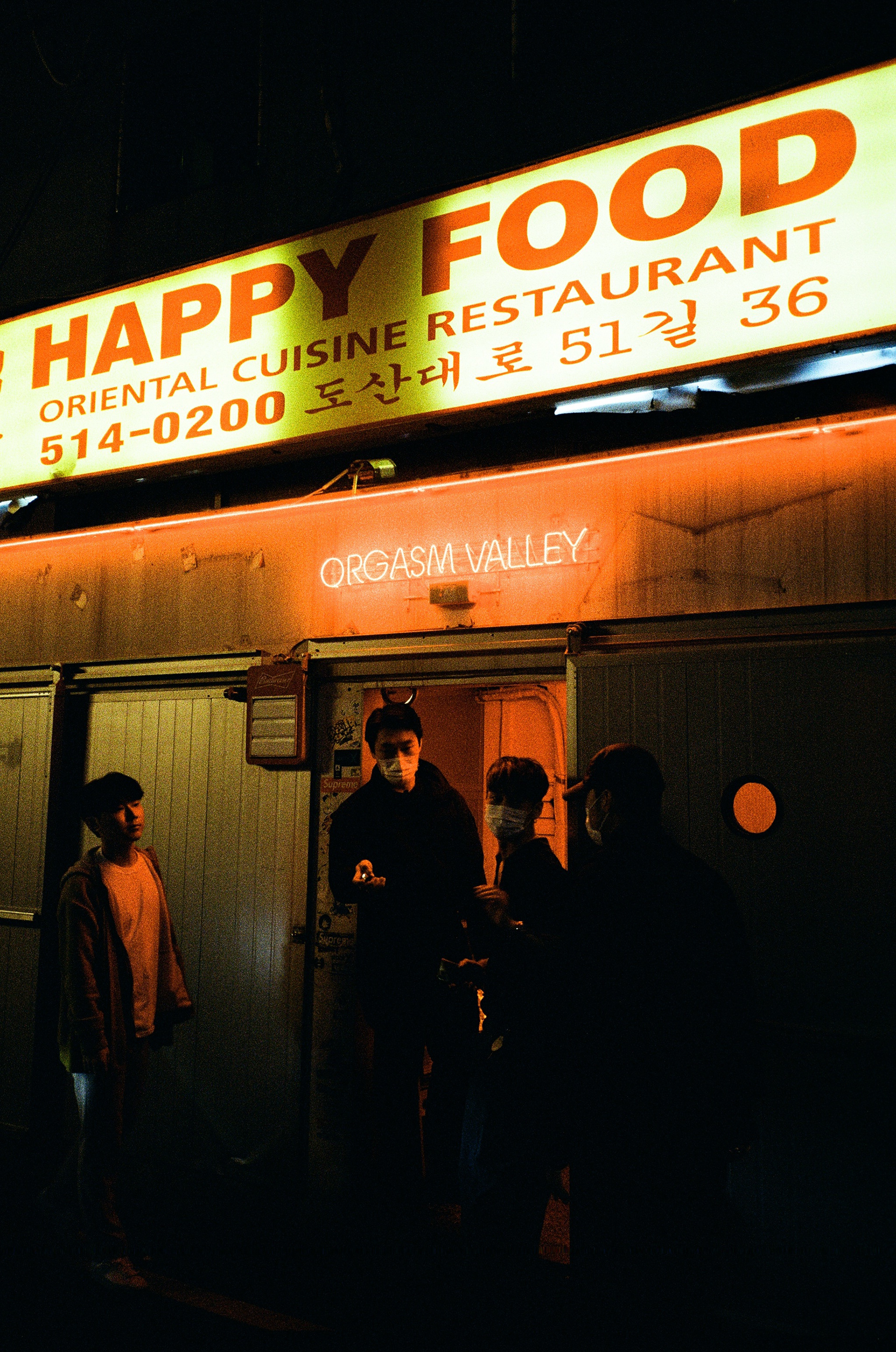 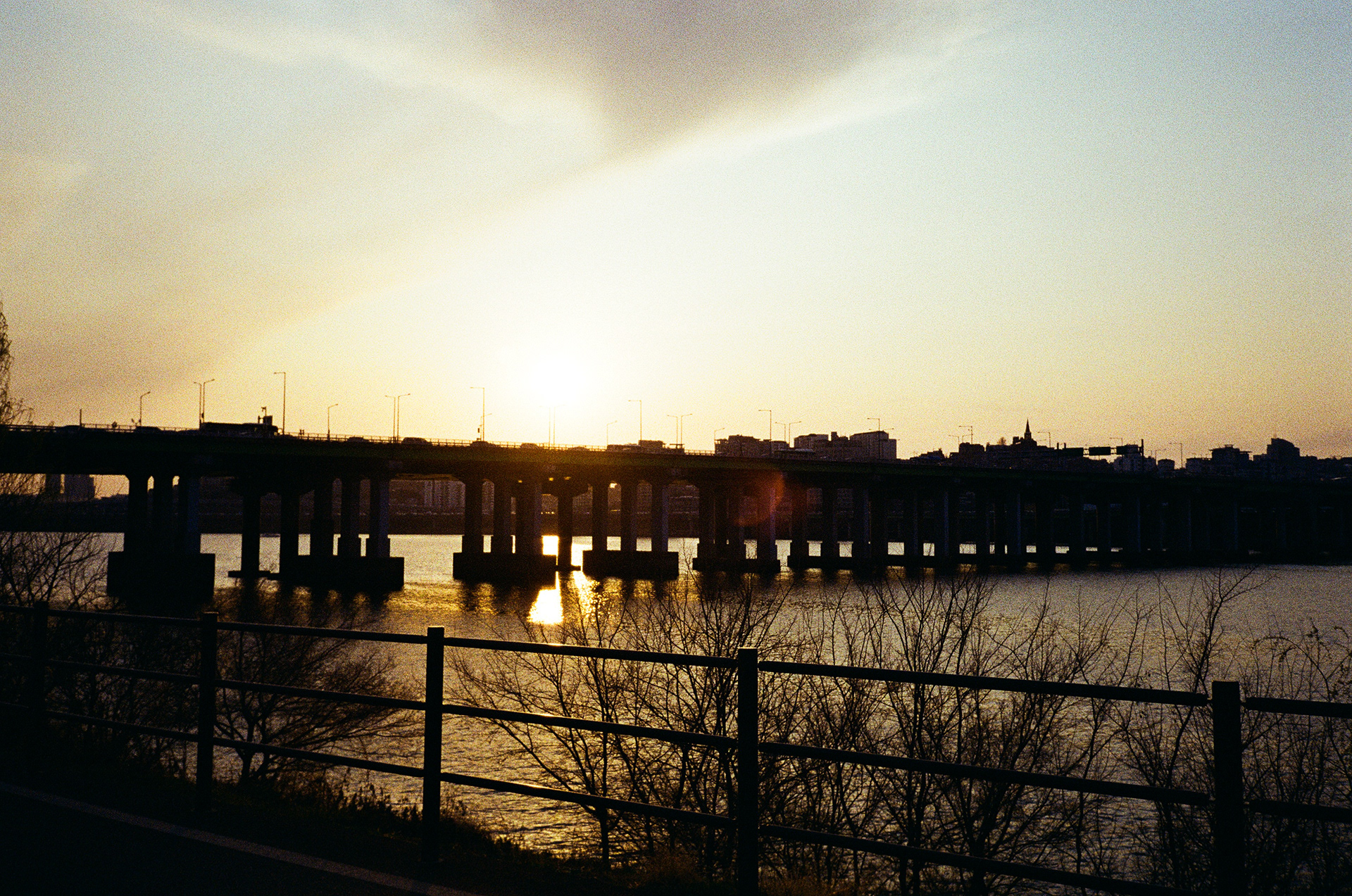 High noon doesn’t see much of a difference between this and other comparable stocks, but that’s not really why you’d buy a roll of Kodak Gold. There’s still enough novelty in those shots. The name itself tells you when this stock is best used – during Golden Hour. 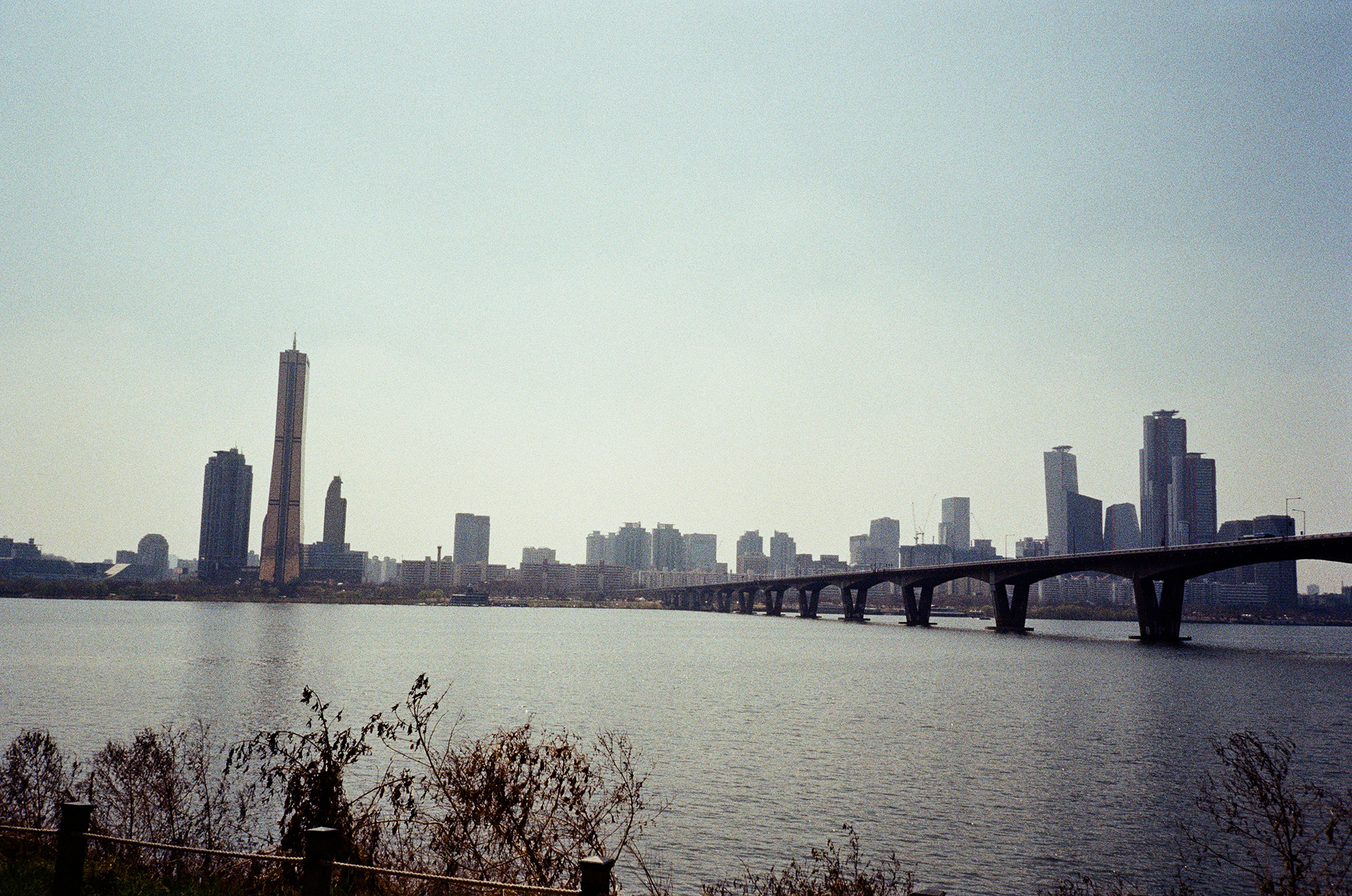 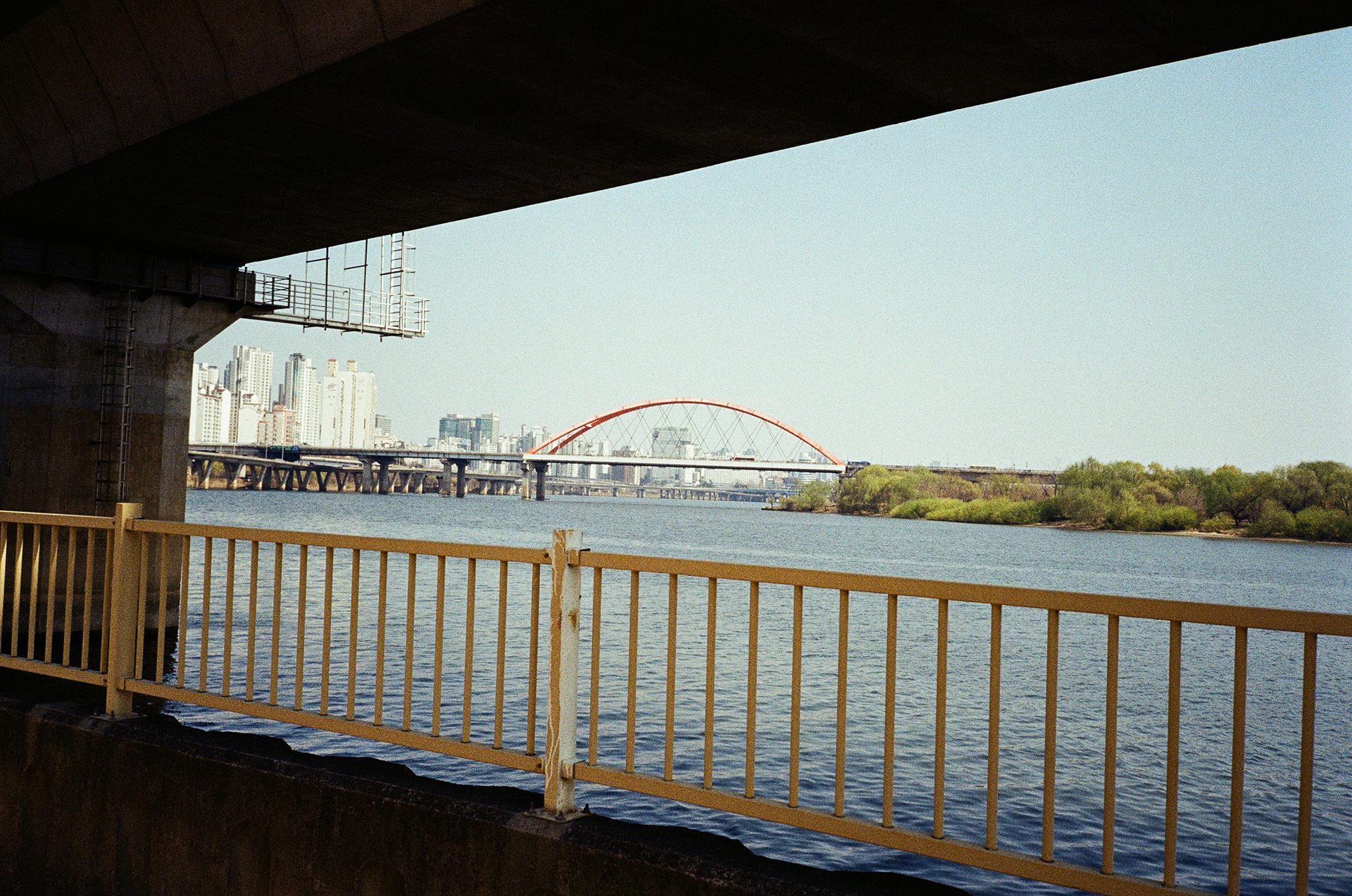 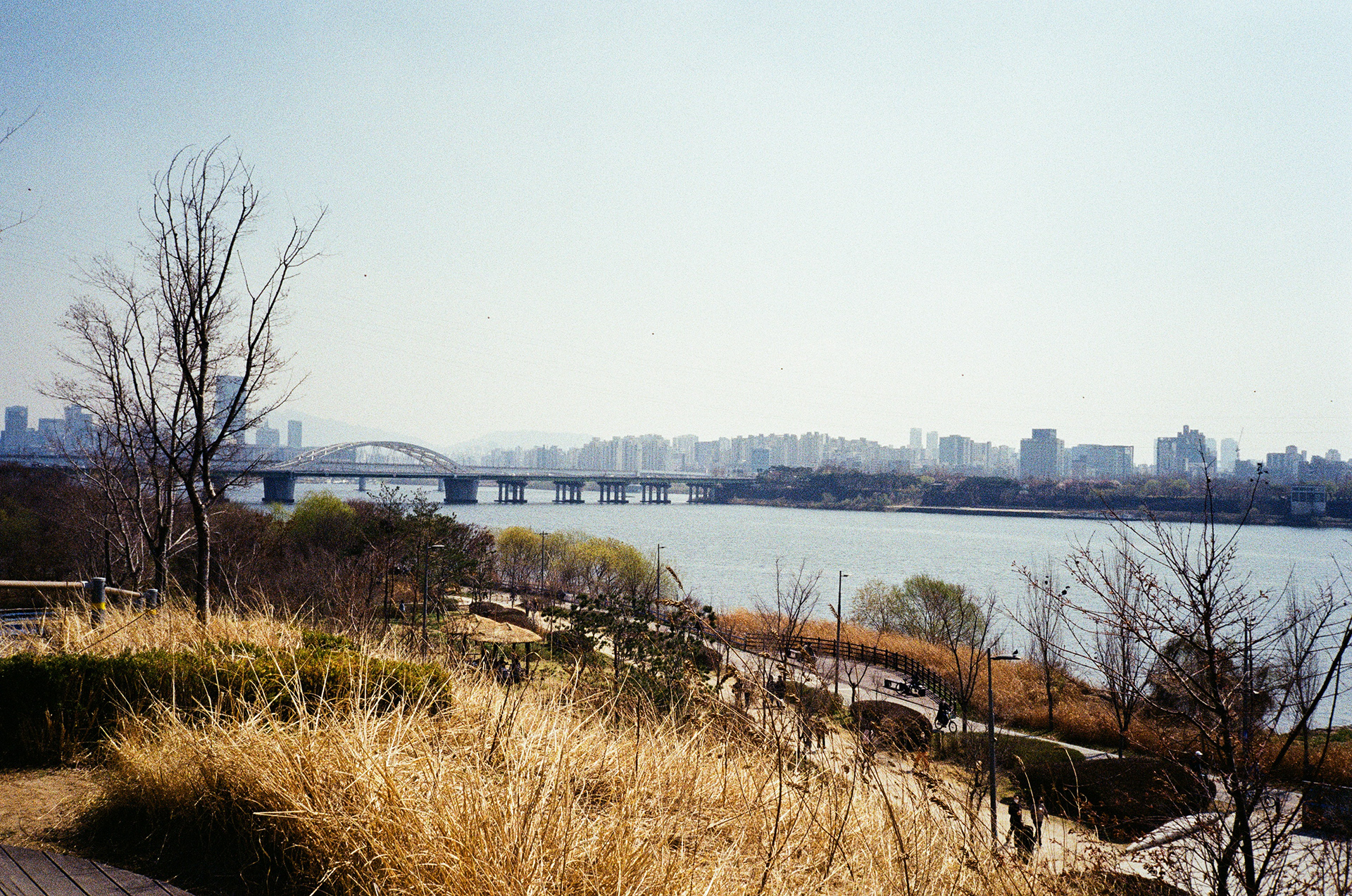 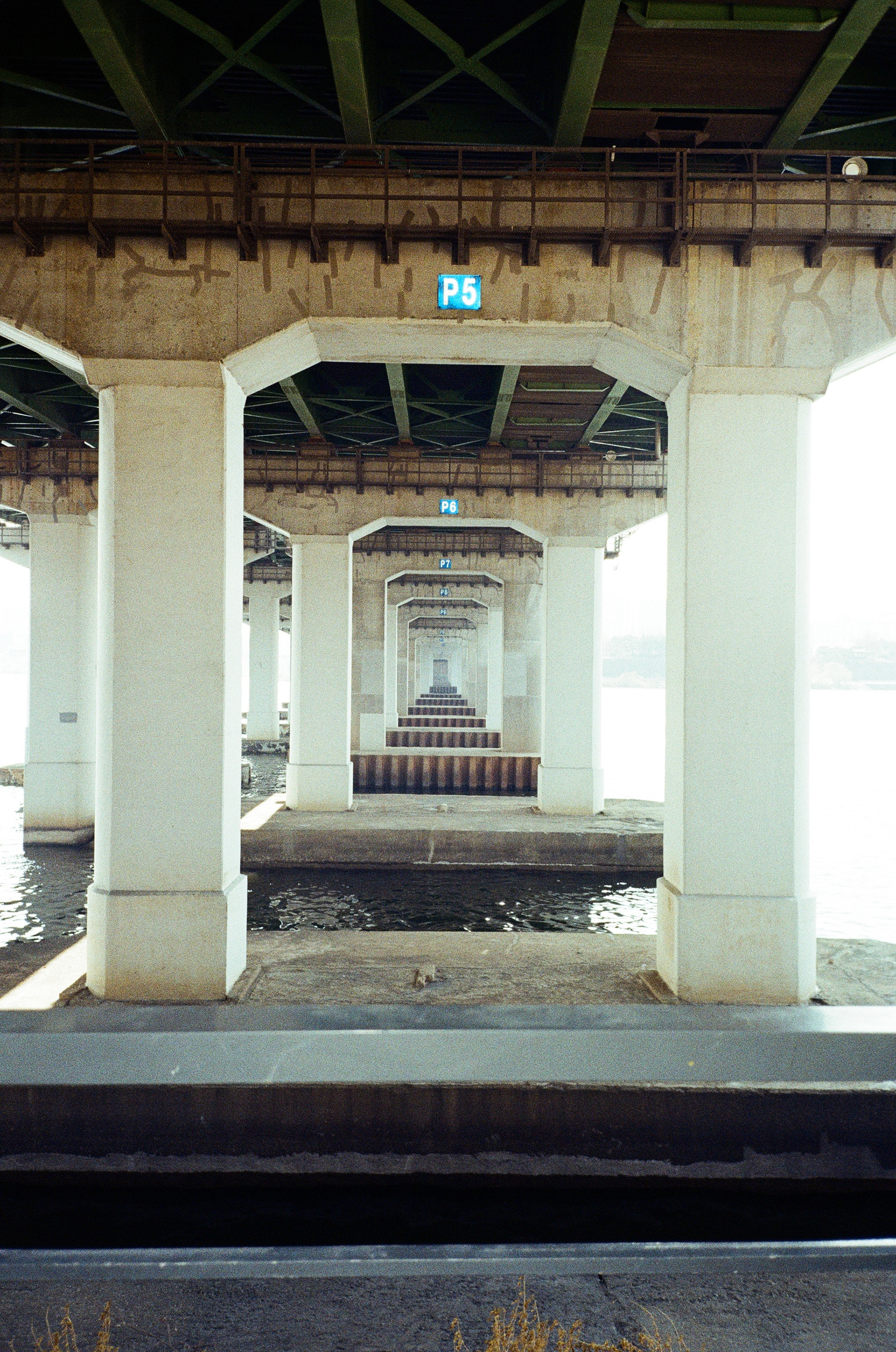 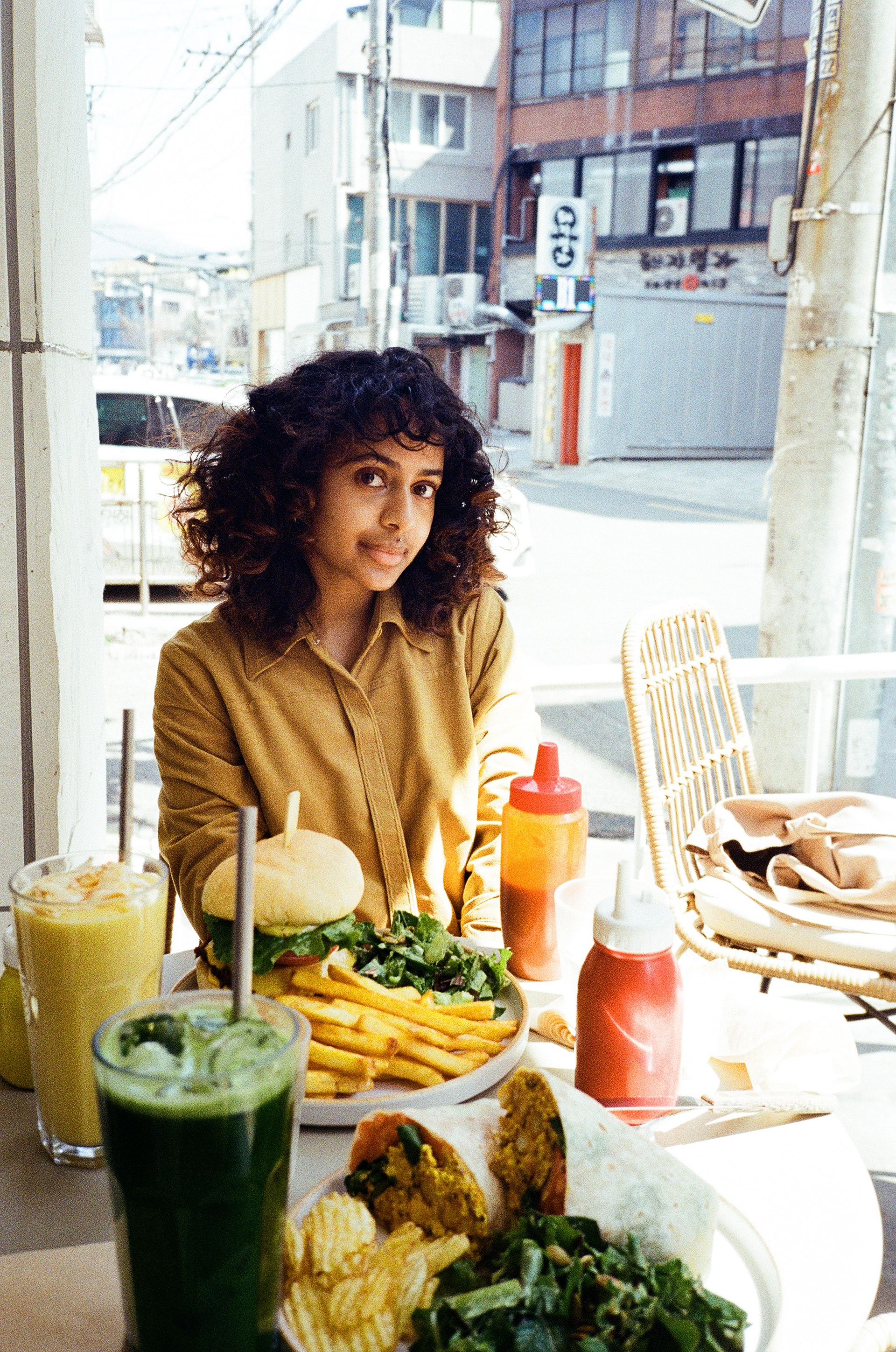 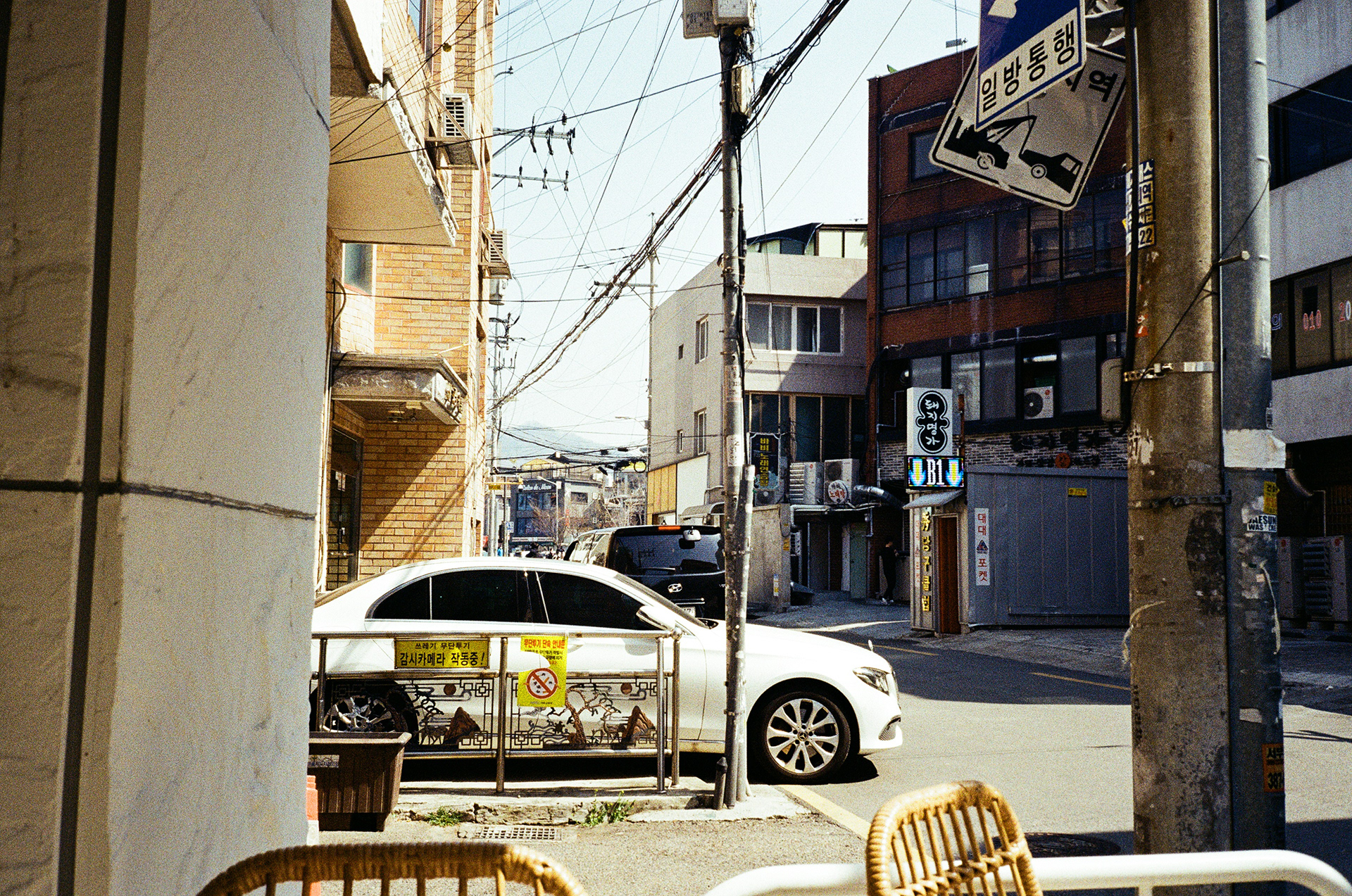 If Kodak Ultramax is clinically bland and Cinestill 800t is aesthetically dystopian, then Kodak Gold is a trip down memory lane. The warm tones of Kodak Gold transport you to a bygone era, and the golden sunset hues will leave you with images that evoke memories of years past.

KENTMERE 400 REVIEW
↑Back to Top